Taiwan has imposed new restrictions including limits on gatherings in its capital as it battles its biggest coronavirus outbreak since the start of the pandemic.

The democratically ruled island off the coast of China, widely praised as a success for its handling of COVID-19, reported 335 new cases Monday — a record single-day rise. According to the Taiwan Centres for Disease Control, 155 out of 158 cases in the capital, Taipei, were linked to hostess teahouses.

All schools and kindergartens in Taipei and New Taipei will be closed for two weeks starting on Tuesday and several local councils have also been suspended.

The measures were in response to "an increasing level of community transmission, shown by cases of unknown sources of infection as well as cluster infections in Taipei City and New Taipei City," the Taiwan Centres for Disease Control said in a news release.

The self-ruled island's leader, Tsai Ing-wen, urged residents to follow the guidelines, and ensure those around them stayed safe and healthy.

CNA reported the outbreak was first detected among pilots but cases had since been found in the community. Taiwan is now reporting a number of clusters, including cases linked to hostess teahouses in Taipei and an amusement arcade in north-eastern Yilan city.

The spike in cases caused some alarm, prompting some residents to rush to get vaccinated, CNA reported.

After weeks of concern over low vaccination uptake, Mr Chen said he was now worried stocks may run out, CNA reported.

The island has one of the lowest vaccination rates in the world, with fewer than 1 per cent of its 23 million-strong population inoculated, according to data compiled by CNN.

The elderly, medical personnel and other emergency or high-risk workers, as well as diplomats, police, care workers and some other professions are currently eligible for vaccination under the government program.

The island's current COVID-19 outbreak is relatively small compared to those in other parts of the world, but is an unfamiliar situation for Taiwan, which has until now managed to avoid a serious spike in cases.

Taiwan has reported 2017 confirmed cases and 12 deaths since the start of the pandemic, according to the Taiwan Centres for Disease Control.

That's won the island praise for its handling of the virus, with Bloomberg placing Taiwan fifth on its Covid Resilience Ranking, which takes into account fatalities, cases and vaccination rate.

READ:  Pubs to stay shut in many areas in new English virus curbs 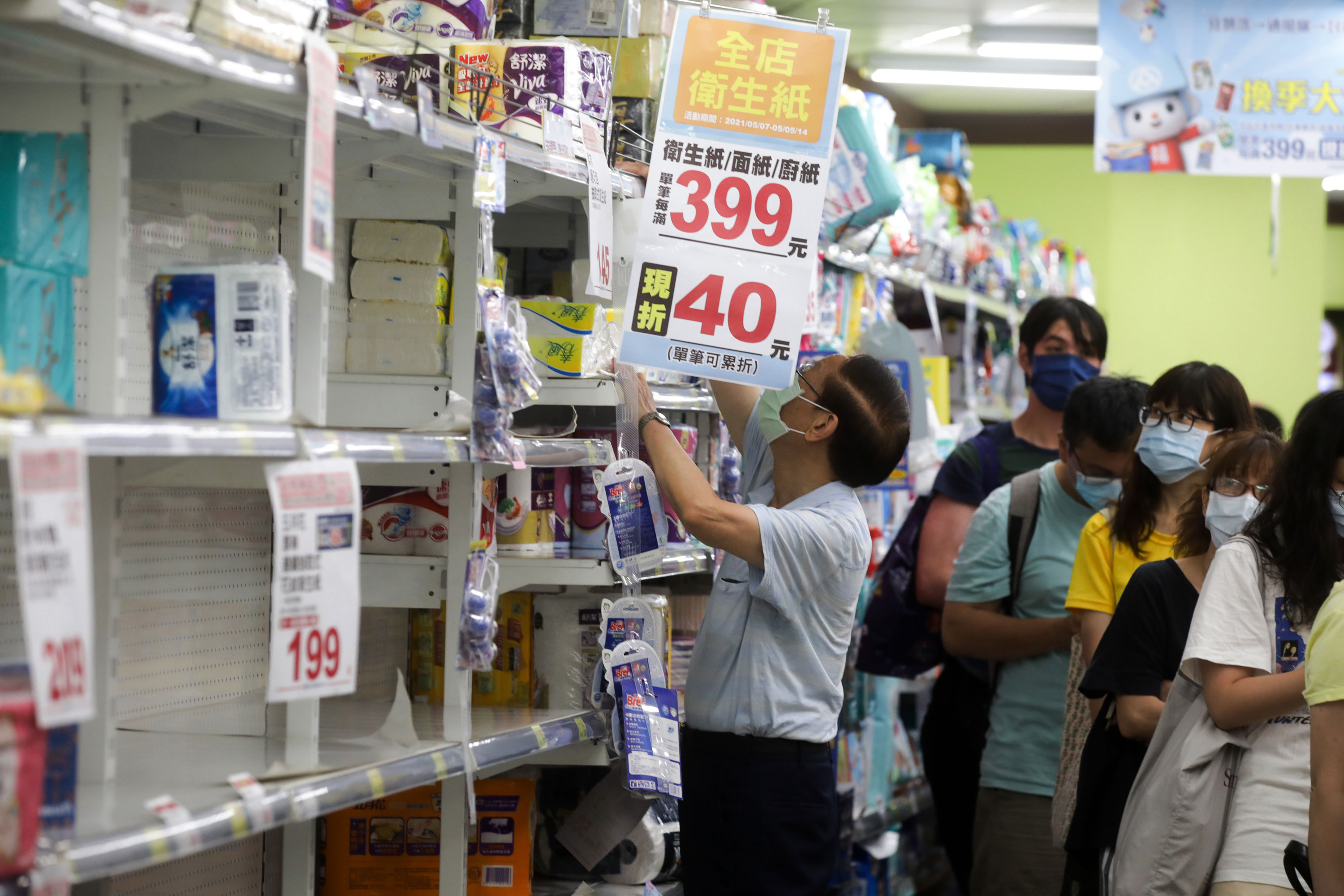 Taiwan's success was partly thanks to tough border rules similar to Australia's, which saw it ban almost all non-residents from entering the island from March last year.

The island also requires incoming travellers to quarantine, although rules have been more relaxed for flight crews.

Mr Chen said last week that Taiwan would quarantine all active pilots working for Taiwanese carrier China Airlines for 14 days amid a COVID-19 outbreak among flight crews and hotel workers.