Shoplifting is a common gripe for business owners, but staff members got the better of two alleged thieves in Darwin this week.

Shoplifting is a common gripe for business owners, but staff members got the better of two alleged thieves in Darwin this week.

"I was just sitting there doing shirts, and two young fellas come in and had a look around," Mr Sutcliffe-Woelders said. 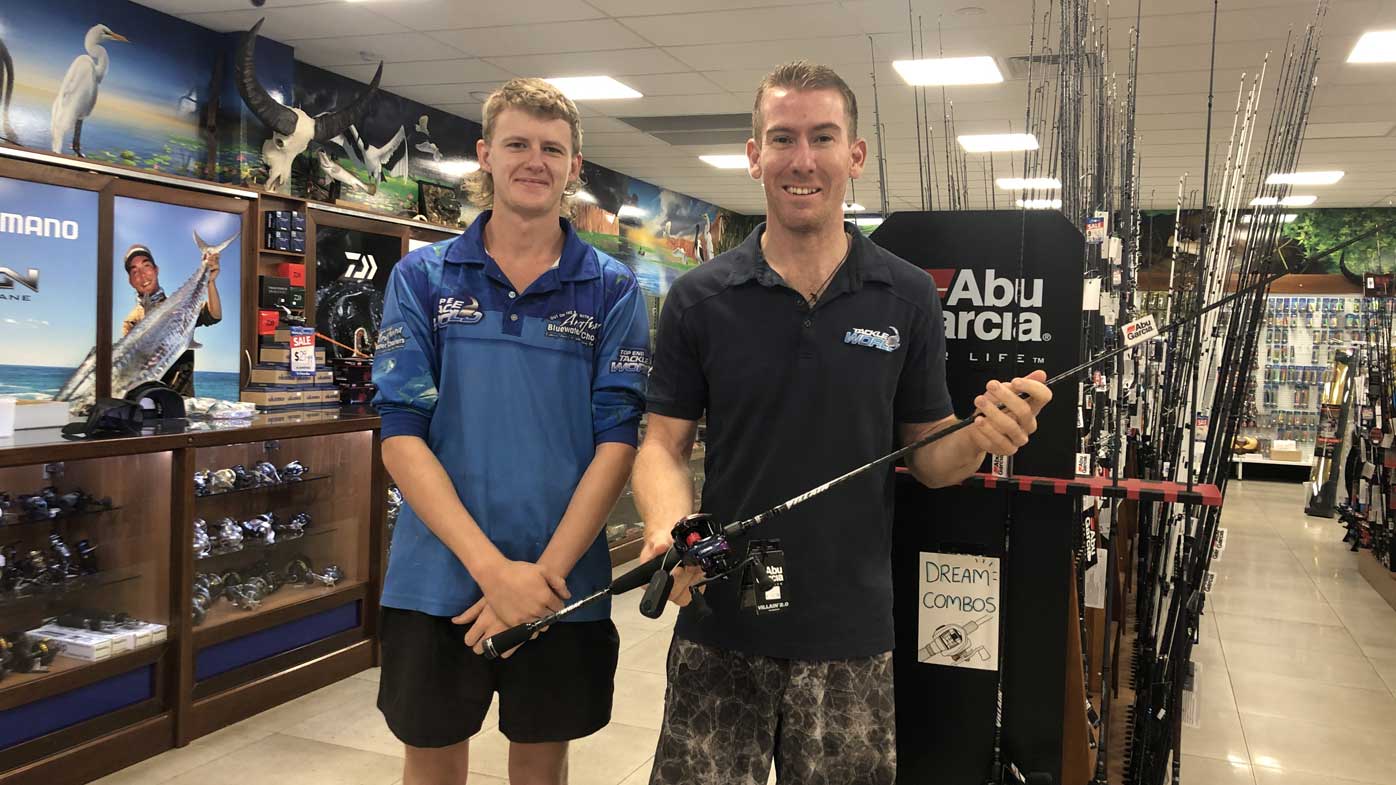 The boys then approached the most expensive rod and reel set-ups in the store.

"They kept picking the rods up and putting them back down," Mr Sutcliffe-Woelders said.

"Then they ran out the door with them."

Mr Sutcliffe-Woelders chased after the pair. 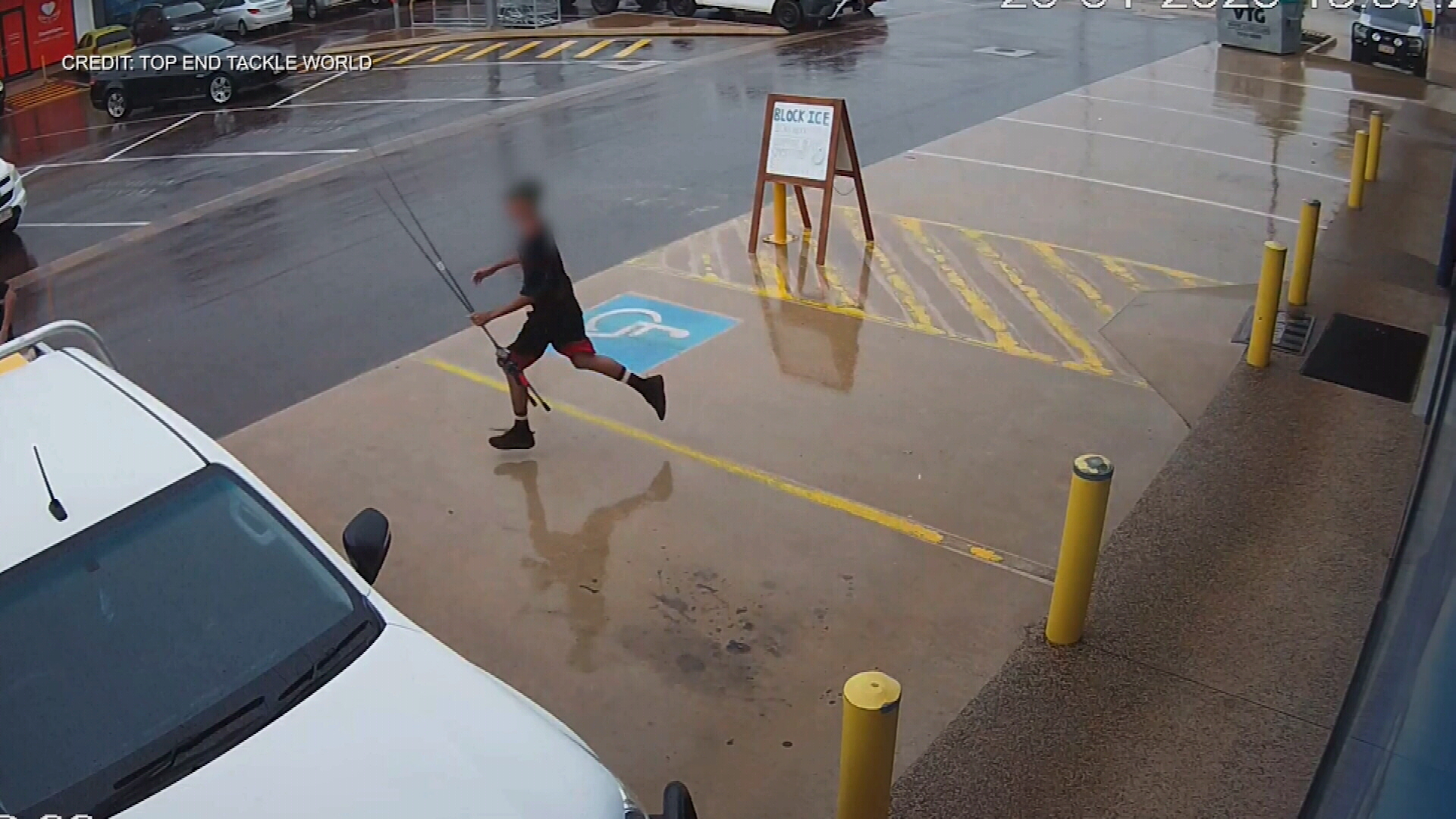 "They're pretty expensive combos, so it was pretty important to keep them in the shop," he said.

His boss, Mr Compain, had been sitting out the back, when he heard a staff member yelling.

"I was on the phone, and I actually looked up at the top of the cameras and seen Harry exiting the shop and running down the road," he said.

Mr Sutcliffe-Woelders chased the pair down to the undercover car park in Coolalinga Central, where he says he lost them briefly. 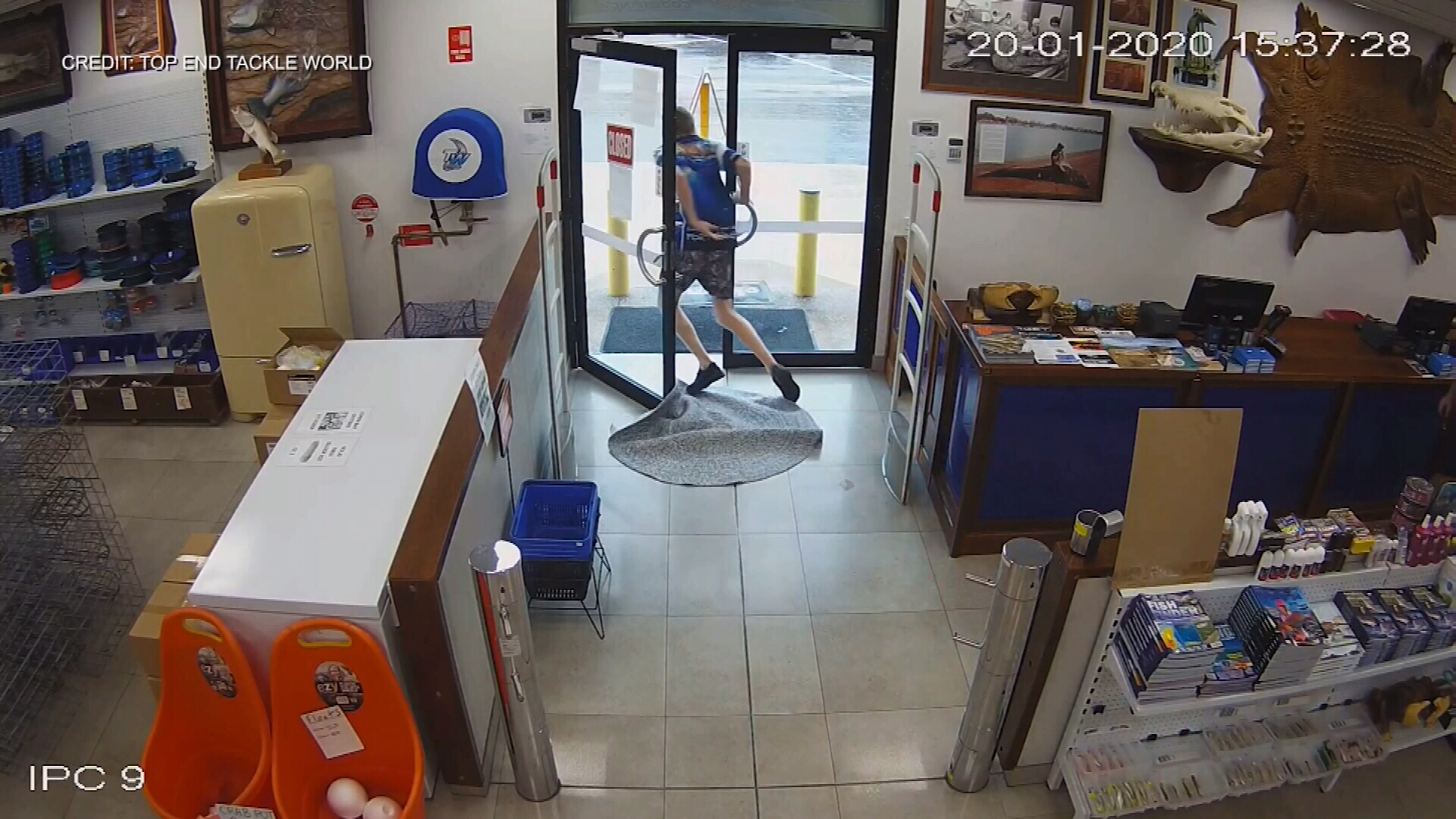 But the rods had been fitted with alarms, which were activated the moment they left the shop.

"Harry said he was following the noise," Mr Compain said.

"They were ducking behind cars, and apparently he could just hear the noise, so they ended up dropping the rods and keep on going."

Mr Sutcliffe-Woelders picked up the rods, and kept up the chase, and by that stage Mr Compain had caught up to them. 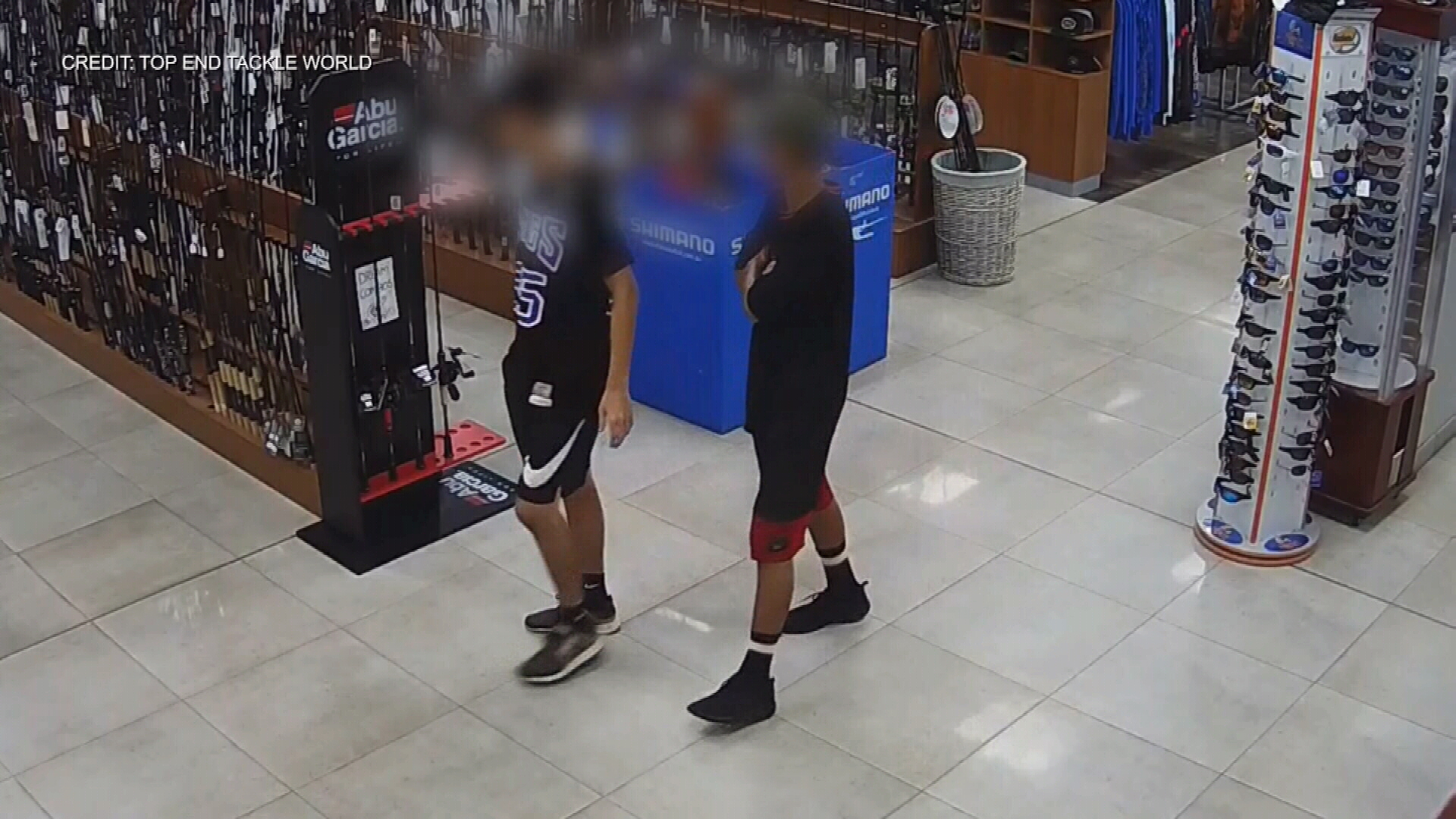 "I yelled out to Harry, 'Where are they?!' and he's out of breath and he was just pointing this way,"

Mr Compain was then able to grab one of alleged offenders, and pin them against a wall.

"We stopped and there was probably like twenty people standing around us," Mr Compain said.

"Some random fella just grabbed the other one of them, his wife was there with a newborn just standing there and everyone was like 'Wow this is going on.'"

Investigators had previously attended BCF in Palmerston, where it's alleged the same two teenagers had stolen three rods worth $834 an hour beforehand.

The boys, aged 14 and 17-years-old appeared in court on Tuesday, charged with two counts of stealing respectively.

They were bailed and will re-appear on separate dates in coming weeks.

Mr Compain says he's no stranger to shoplifting, but this was the most brazen attempt witnessed so far.

"It was a pretty hectic ordeal, I've never had to make chase on someone before," he said.

"We've got like 46 cameras, every single item in the shop is security badged, and a lot of the expensive stuff has got alarms on them.