Miss Isabella Lombardo remained the centre of attention as she was helped from a Hummer and into her motorised wheelchair, her pink tulle dress bunched in her lap.

When the door cranked open to the big, pink stretch Hummer that pulled up outside the entrance of Sydney Zoo this morning, there would be a sudden swell of 'September' by Earth, Wind and Fire.

Inside, a baker's dozen of Year 2's could be heard singing along; just the sort of wheels and soundtrack needed apparently, to mark an important pre-teen milestone.

The occasion was the 8th birthday for Miss Isabella Lombardo, who remained the centre of attention as she was helped from the Hummer and into her motorised wheelchair, her pink tulle dress bunched in her lap. 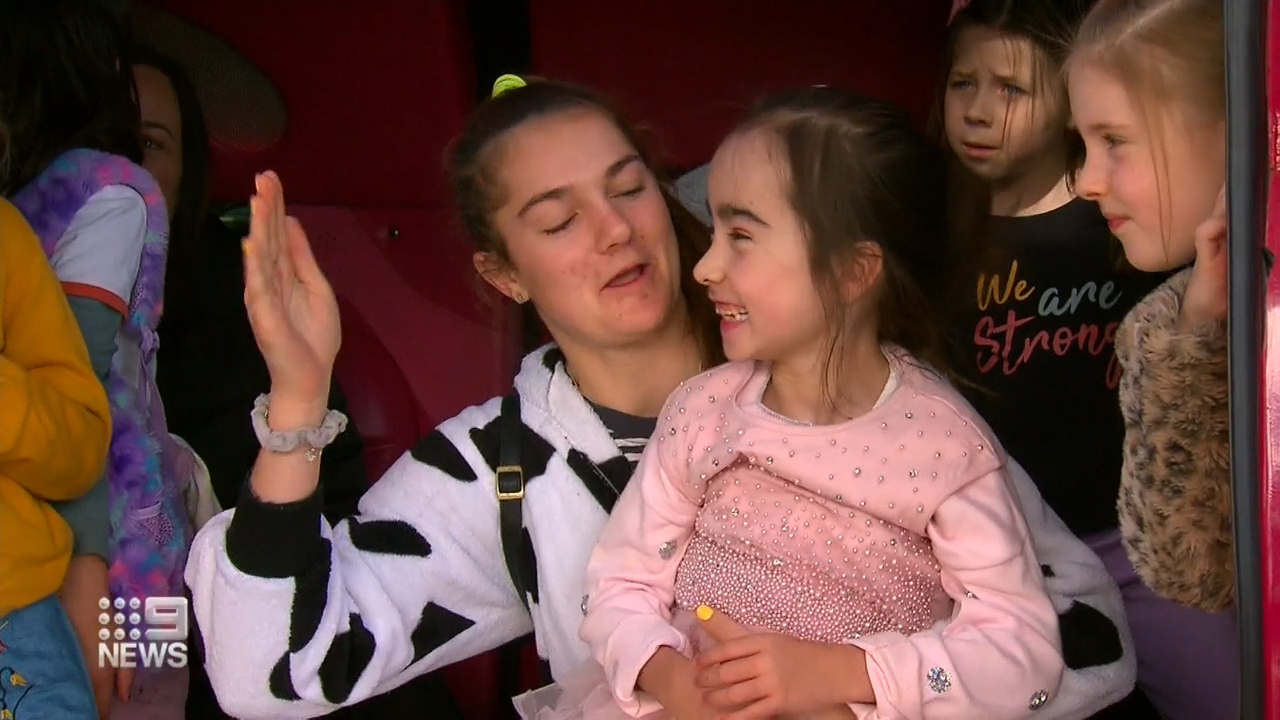 After months of lockdown, and years of struggle against the restraints of cerebral palsy, it was time to celebrate both her birthday, and the remarkable successes she and her family have had, in fighting the malady that had previously and painfully locked her four limbs.

As Isabella was given a private audience with a rough scaled python and a bearded dragon, reptiles being her favourite, mum Libby told of the dramas that have been ever present in her life since birth.

"For the first four years, we really watched her struggling, you know, not being able to walk at all," Libby says, "and she was also in a lot of pain with her muscles." 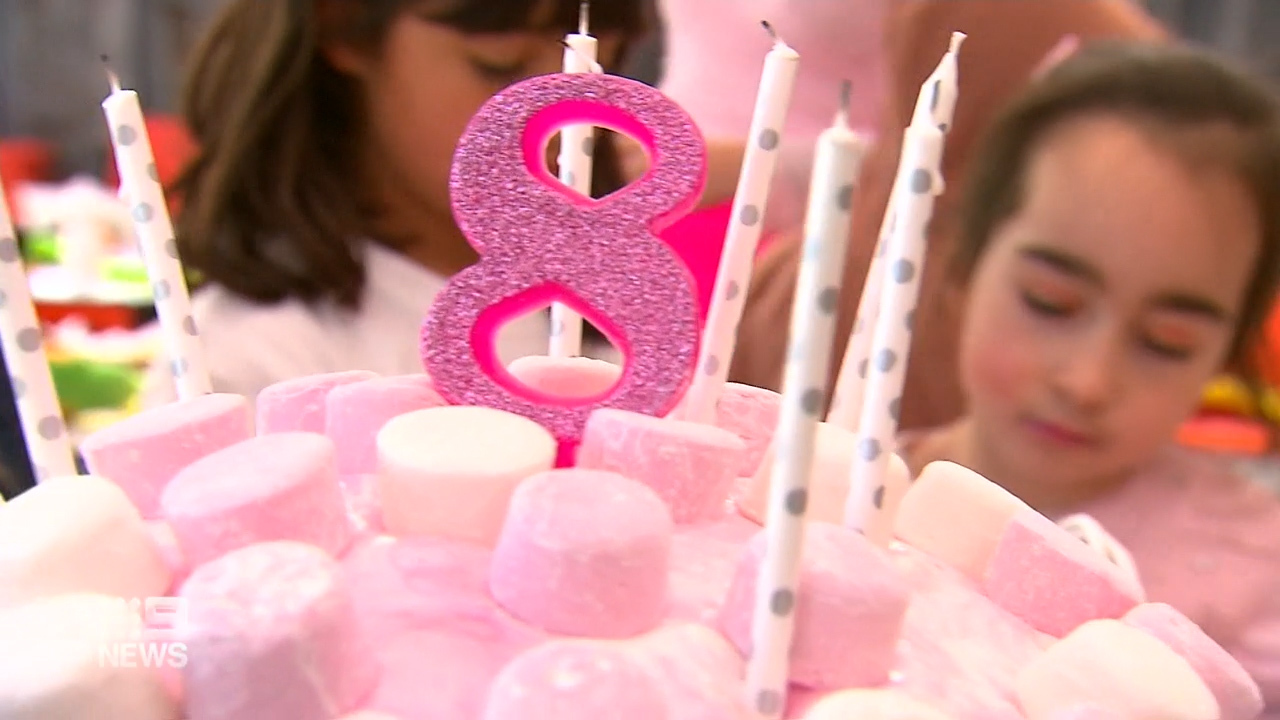 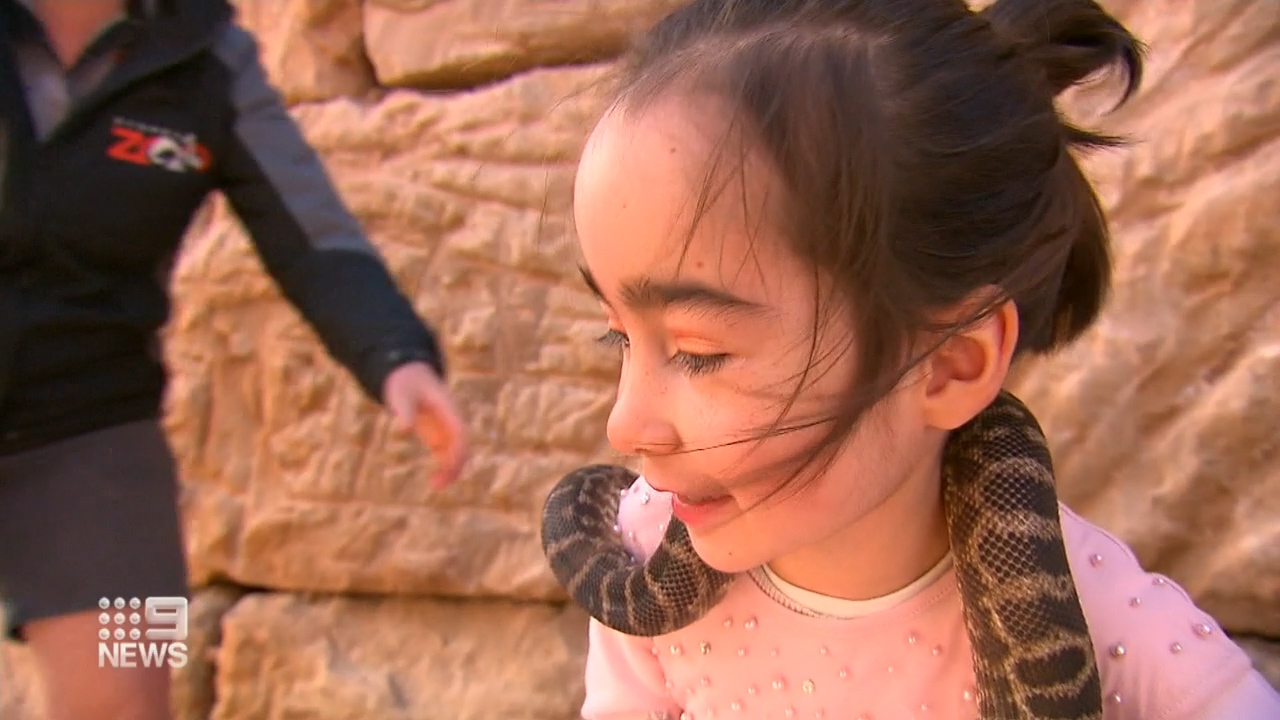 But as Isabella approached school age, she would undergo revolutionary surgery in the US, involving the severing of nerves attached to her spinal cord, to allow her muscles to lose the tension that the palsy caused, painfully locking her limbs.

Around a year after that, there would be two sets of treatments in Mexico, taking stems cells from her hip and separating them by centrifuge, before being reinjected.

For Isabella's parents, the results warranted the travel and expense.

"Even if she can't walk long distances, she'll be able to stand up and get around," Joseph, her father, says. 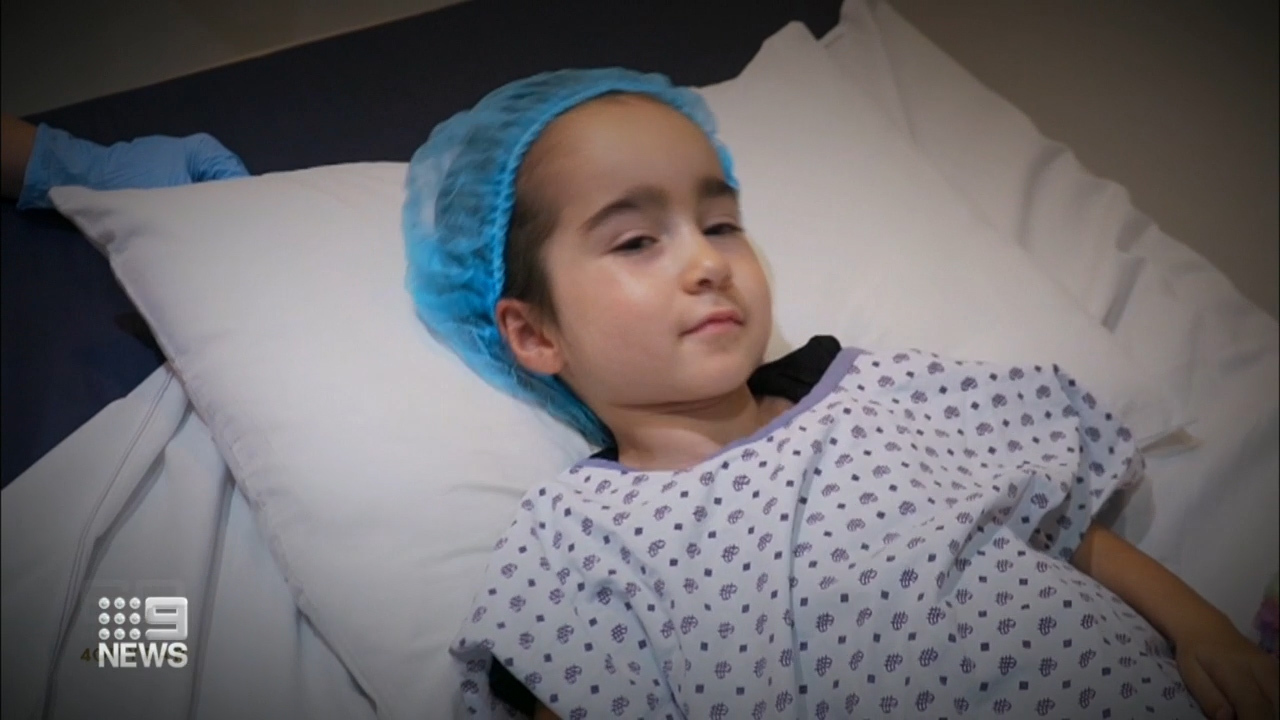 But today, Isabella is taking it gently, using her motorised wheelchair to manoeuver around the zoo, a mate occasionally jumping on the back as pillion.

"Everybody is like, my turn, my turn to ride in the wheelchair, it's so cute," Libby says.

For Isabella, all her best mates were there; Leila, Violet, Jack, Coco Mikayla, although next door neighbour Zara had gone camping this week.

"When we were in lockdown, she called over the fence, 'hey Issi! I'm sad'," Isabella says. 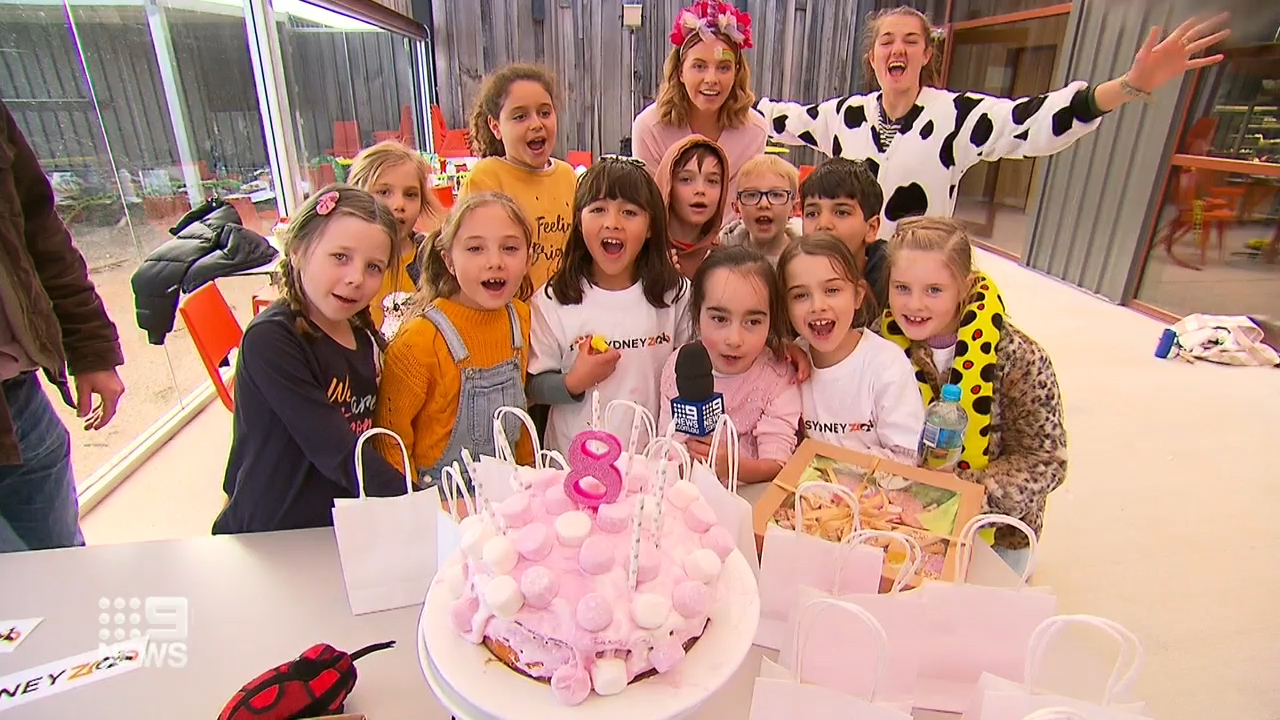 "Was it a bit tough?" I ask, about the time she has had to spend inside, given she is still regarded as being at high risk of COVID-19 by her doctors.

But the glum mood is short-lived, as her marshmallow birthday cake was lined with candles.

"It's really nice to see how confident she is," mum says. Not that Isabella was listening; she was too busy tucking into the cake.