The number of coronavirus infections is highest in some of Sydney’s most affluent suburbs.

The number of coronavirus infections is highest in some of Sydney's most affluent suburbs.

There are 1791 COVID-19 cases in NSW with a death toll of eight, according to latest available government reports. 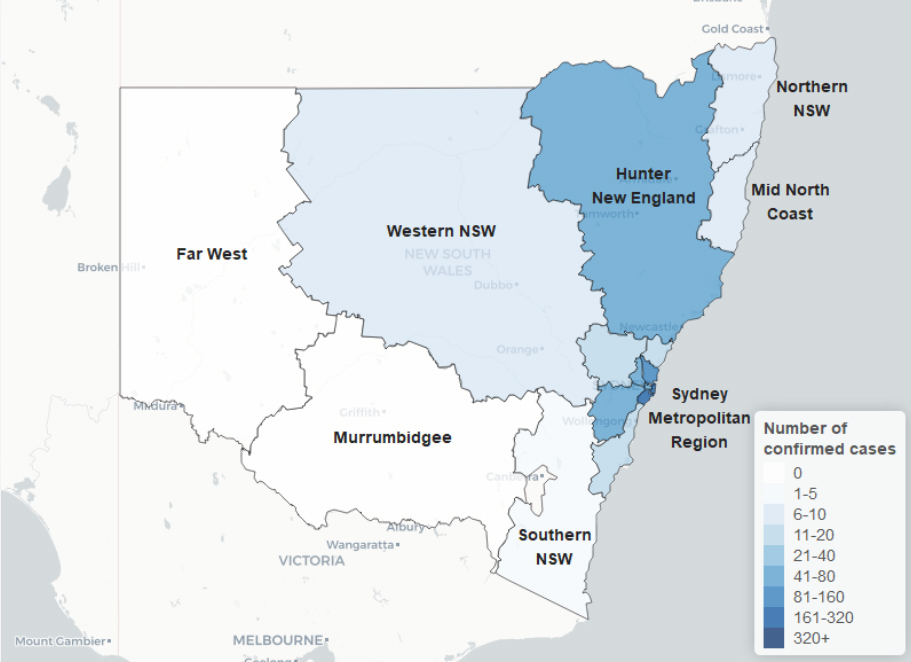 Several areas in Sydney's northern suburbs, including Ryde, Hornsby and the northern beaches, are all highlighted in the NSW Health map.

There are a number of clusters under investigation in NSW.

A Stanwell Tops wedding, 34 cases, a party in a Bondi bar, 30, a Bondi restaurant, 14, and the Dorothy Henderson Lodge in Ryde, 14, are the state's worst cluster outbreaks.

A 91-year-old woman who died on Saturday was the fourth fatality in the Dorothy Henderson Lodge aged-care facility, in Sydney's north-west. 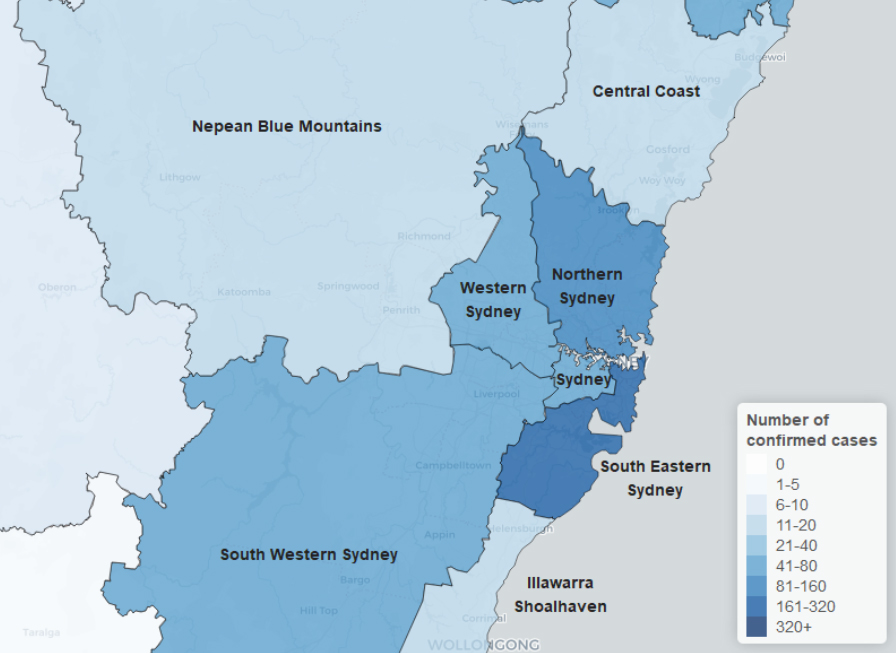