City of Sydney parking rangers are calling on the council to scrap a controversial “quota system” which they claim requires them to hand out a certain number of fines per shift or miss out on yearly pay rises. 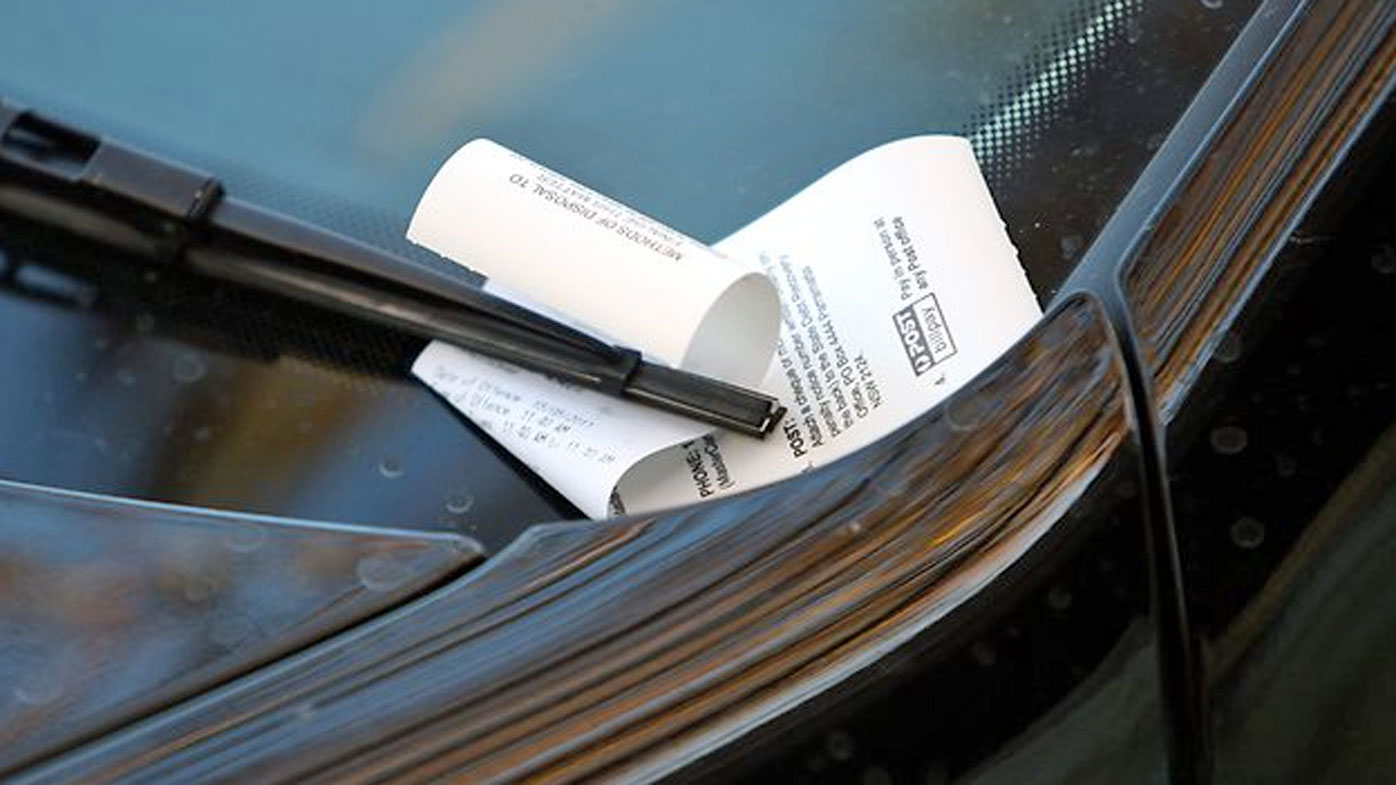 City of Sydney parking rangers are calling on the council to scrap a controversial "quota system" which they claim requires them to hand out a certain number of fines per shift or miss out on yearly pay rises.

Rangers have told nine.com.au they are being pushed to "breaking point" to try and meet the required number of fines even if there are no or few cars parked illegally on their "beats".

Under the council's policy, rangers who fail to meet an average of 17 to 21 tickets per shift over 12 months are subjected to performance management reviews.

The council does not dispute that this is its policy but denies it constitutes a "quota" system. It also denies this is a revenue-raising policy.

"Rangers who consistently fall below the unit average are supported to meet the expectations of their role, so they may continue to deliver the services the community expects," a council spokesperson said.

The United Services Union lodged an industrial dispute in the NSW Industrial Relations Commission on behalf of the disgruntled rangers in February and the two parties have been ordered to conduct external discussions.

But rangers have accused the council of stalling on the negotiations in a bid to protect its revenue from parking fines.

According to state revenue figures, City of Sydney rangers handed out $35m in parking fines in the 12 months to April this year.

But the council's parking fine revenue plunged dramatically in April after it took a large proportion of its rangers off the beat due to COVID-19.

READ:  Drug use in prisons plummets during COVID-19 visitor ban

The council usually hands out about $3m in parking fines per month, but its revenue for this April was just under $400,000. 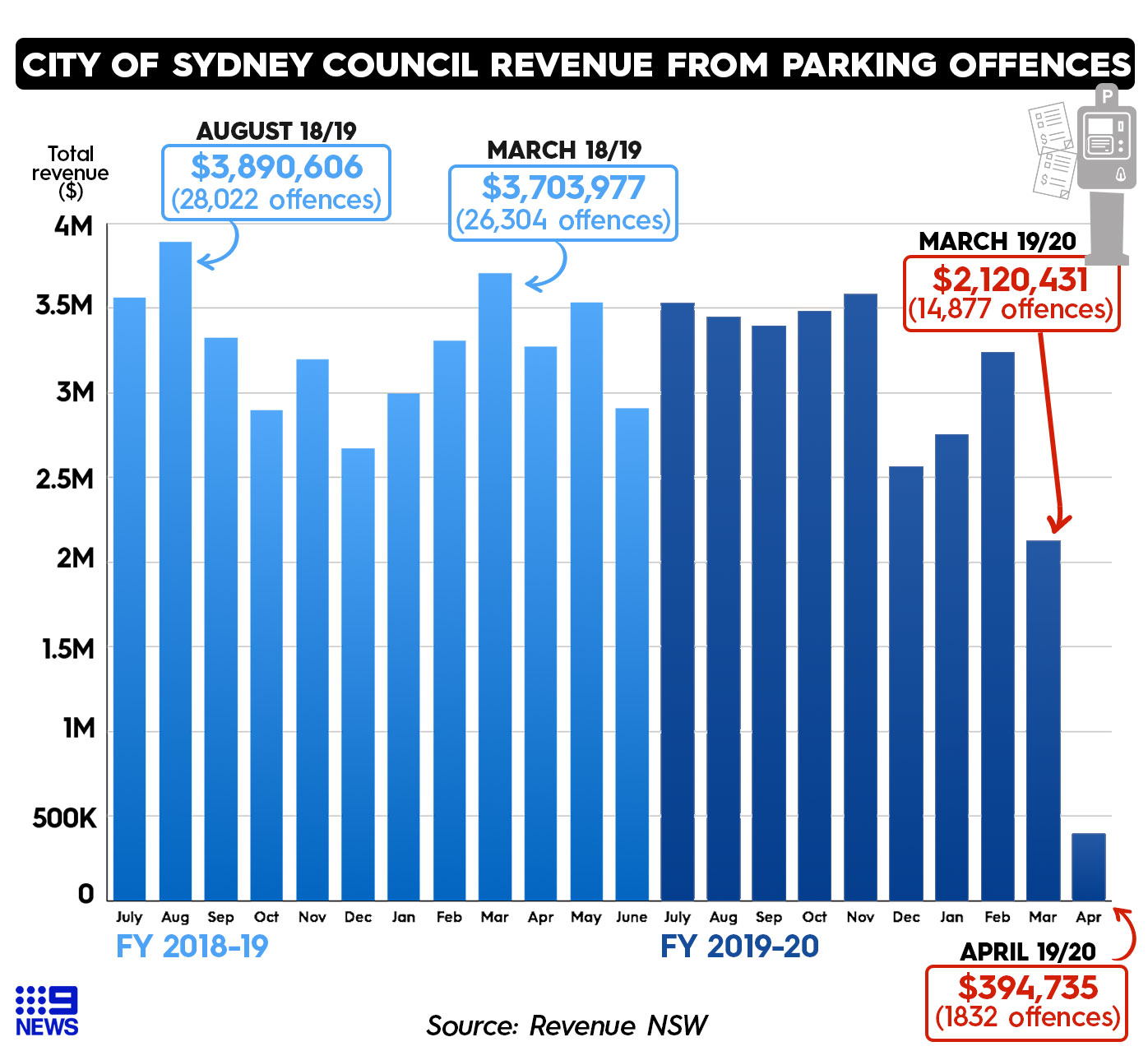 How the "quota system" works

Each month, the number of fines a ranger hands out per shift is compared to the average of all 150 City of Sydney rangers.

It is one of the key performance indicators in ranger work plans that were introduced in 2016. If rangers fall 25 percent below the average they are placed on a performance improvement plan.

Rangers can also be put under review for having regular periods of "unexplained downtime" where too much time elapses between the issuing of fines.

Those under review miss out on a yearly salary increase.

Rangers say the system encourages fines to be dished out, rather than warnings, and also unfairly penalises rangers who are assigned to quiet beats.

"In some beats, a ranger can walk their beat over and over and still not find a non-complying vehicle due to vehicles displaying residential permits," he said.

"The quota system is driving rangers to a breaking point." 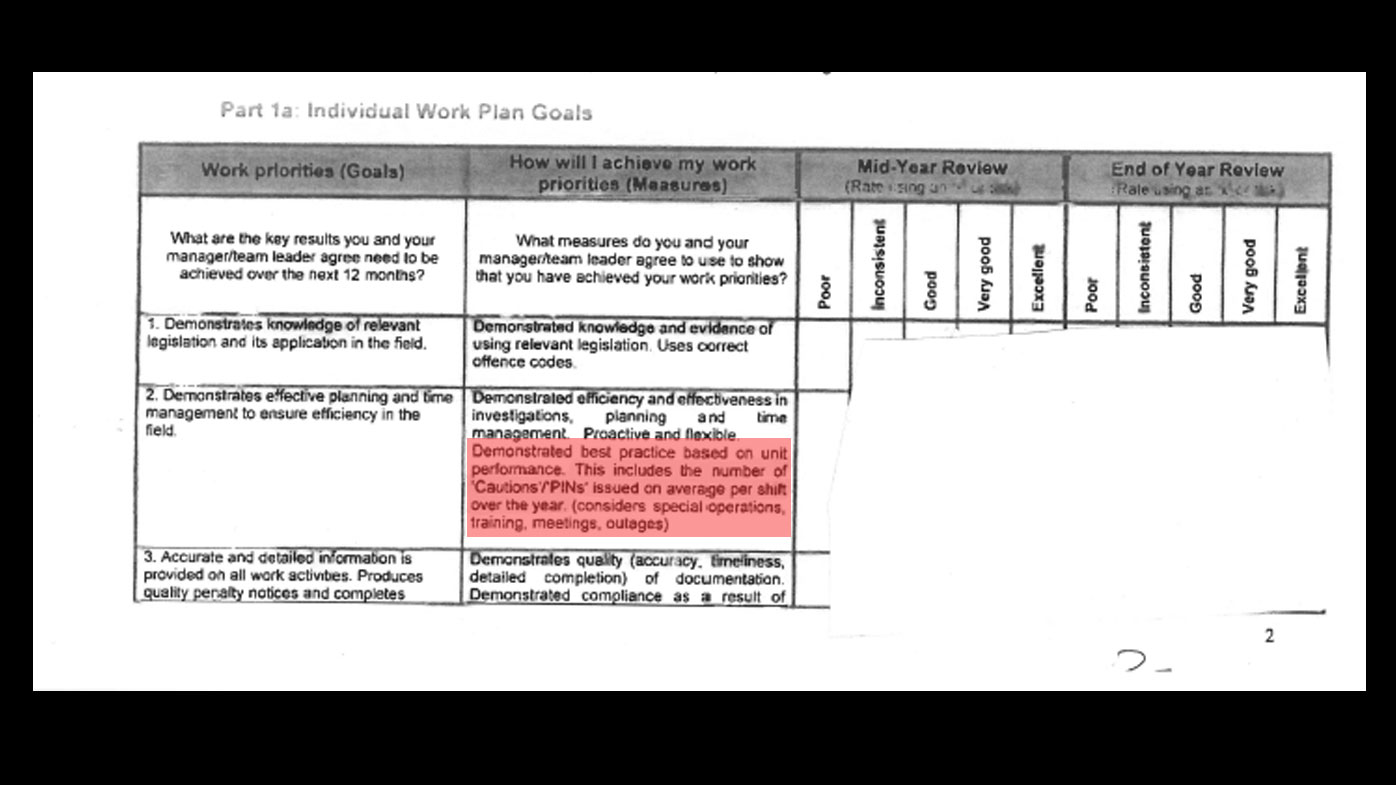 Meanwhile, the discussions between the union and council ordered by the commission are not due to start for months.

In a letter to its members last month, seen by nine.com.au, the union said the council had originally proposed to meet in 2021, but it believed the meeting should be held far sooner.

A council spokesperson disputed the union's claim and says it was always willing to meet in the second half of this year.

The spokesperson said the council last week offered to meet the union in September.

Nine.com.au understands the union has instructed its lawyers to write to council demanding an undertaking that the "quotas" not be used as part of this year's annual performance reviews for rangers in November.

Not happy with the pace of the negotiations, rangers have accused the council of stalling.

"The rangers stand united and firm the quota system should be scrapped straight away," one ranger told nine.com.au.

"The alternative proposal put forward by council to meet and discuss in September is too long a wait and a delay tactic by council," one ranger said.

"Its revenue has been hit hard by COVID-19 pandemic in the first half of 2020. The remaining half of the year is going to be about financial recovery.

"In the interim, council is focussed on using the quota system as a whip on rangers to get the revenue outcome that is desired."

The council denied the claim, saying "This is a not a revenue-raising quota."

"City rangers deliver vital services to residents and visitors. The work plans reflect the various duties they perform in their daily work," the spokesperson said.