A Sydney man has been arrested trying to flee the country after police found $7 million cash stashed in supermarket bags under flooring.

A Sydney man has been arrested trying to flee the country after police found $7 million cash stashed in supermarket bags under flooring.

The 39-year-old was arrested at Sydney International Airport last night, attempting to board a flight to Dubai.

It followed police raids on at homes at Marrickville and Roselands in Sydney's south west last week by police and Australian Border Force officers.

READ MORE: Drugs worth over $2.5 million seized in major bust across Sydney 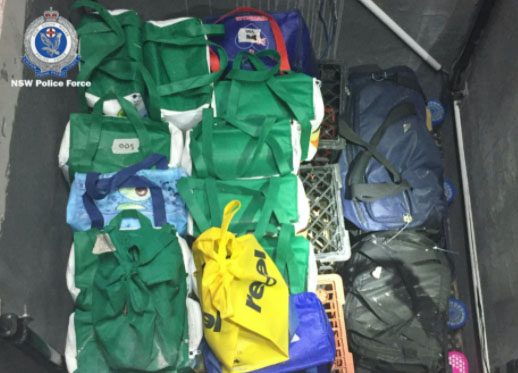 During the search of the Roselands home, officers found an estimated $7 million in cash hidden under concrete flooring in a storage shed.

The cash was seized and is being further examined as it is counted.

The man's arrest stems from an investigation started last June into a criminal syndicate suspected to be supplying prohibited drugs across New South Wales. 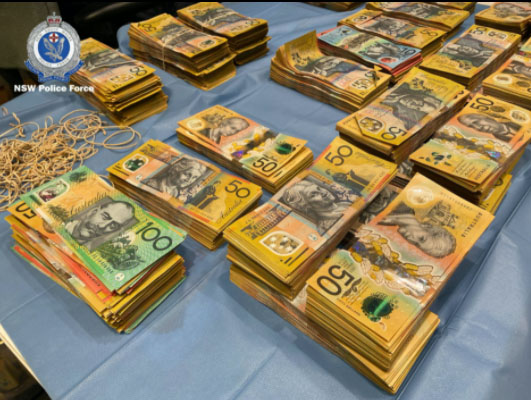 The man, from Earlwood in Sydney's south west, has been charged with knowingly deal with proceeds of crime.

He has been refused bail and is due to appear at Central Local Court today.