The NSW SES Parramatta Unit shared a video of a man in a Nissan Pulsar driving through a flooded road where the water came up to his vehicle’s windscreen.

SES volunteers are calling on drivers around NSW not to risk their lives by driving through floodwaters as hundreds of roads are swallowed by heavy rain.

The NSW SES Parramatta Unit shared a video of a man in a Nissan Pulsar driving through a flooded road where the water came up to his vehicle's windscreen.

He made it safely across before an SES volunteer spoke to him about the danger of his actions. 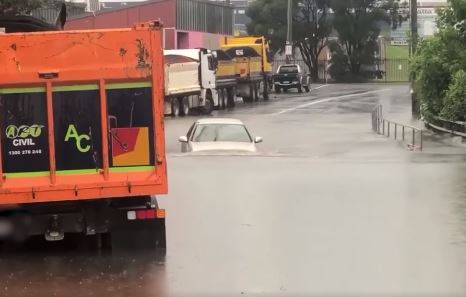 "While the vast majority of our community were cautious and heeded our warnings to never walk, ride, or drive through floodwater, unfortunately there were still occurrences of poor judgement on display," the unit wrote on Facebook.

"This footage was captured by one of our crews while on scene at a potential flood rescue where they were working with council to close the road.

"Please don't put yourself, and our volunteers at risk by driving into floodwater!"

READ MORE: 'Worst is yet to come' for NSW floods, Premier warns 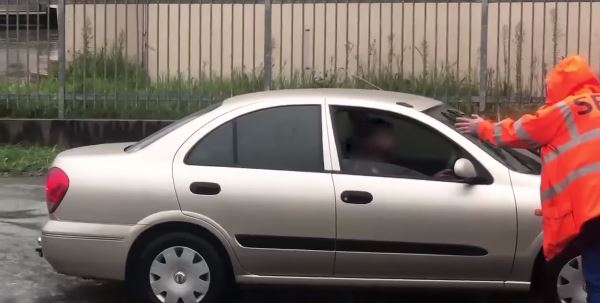 Several hours later the same unit was forced to put out another reminder after they discovered road barriers had been taken down during the night.

"It is a real disappointment for our volunteers to see road closures being ignored, such as this one that has been broken in Cranebrook tonight," the unit advised.

"Our flood rescue volunteers are there to help in emergencies, don't risk their lives with risky driving.

"Picture of broken barrier tape next to water over road barricade. Rising water across road (deeper than it looks!) shining in the background." 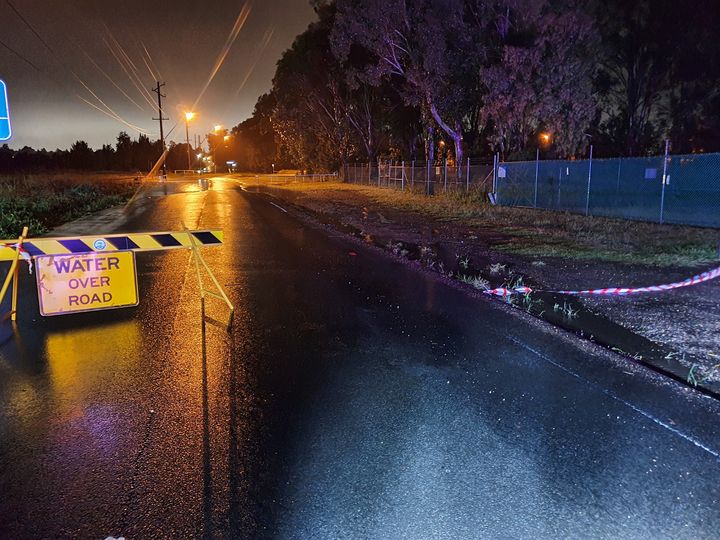 The major cause of death during floods is people driving, riding or walking through floodwater.

Floodwater is often deeper and faster than it appears and can contain debris such as downed trees, household items and even powerlines.

"A 'road closed' or a 'road flooded' sign means that road is unsafe to travel on. Find alternate ways which are free from floodwater or wait until the all clear is given for that road. It is safer to turn around than to enter floodwater," the State Emergency Service advises in its official bulletin.

"If there is a flooded road which does not have a 'road closed' or 'road flooded sign', it is still unsafe to travel through floodwater.

"Floodwater can also erode and wash away road surfaces leaving deep holes and uneven surfaces which cannot be seen."