Hundreds of cases now under investigation as the state’s coronavirus crisis continues to worsen.

NSW has reported the most new coronavirus cases ever recorded in a single day in any state in Australia despite eight weeks of lockdown and increasingly stricter measures.

"Even in very strict and harsh lockdowns, the virus is spreading. And that is a fact," NSW Premier Gladys Berejiklian said.

On Saturday the state recorded 825 new cases, a record spike and the fourth consecutive day NSW has seen Delta variant infections above the 600-case mark. 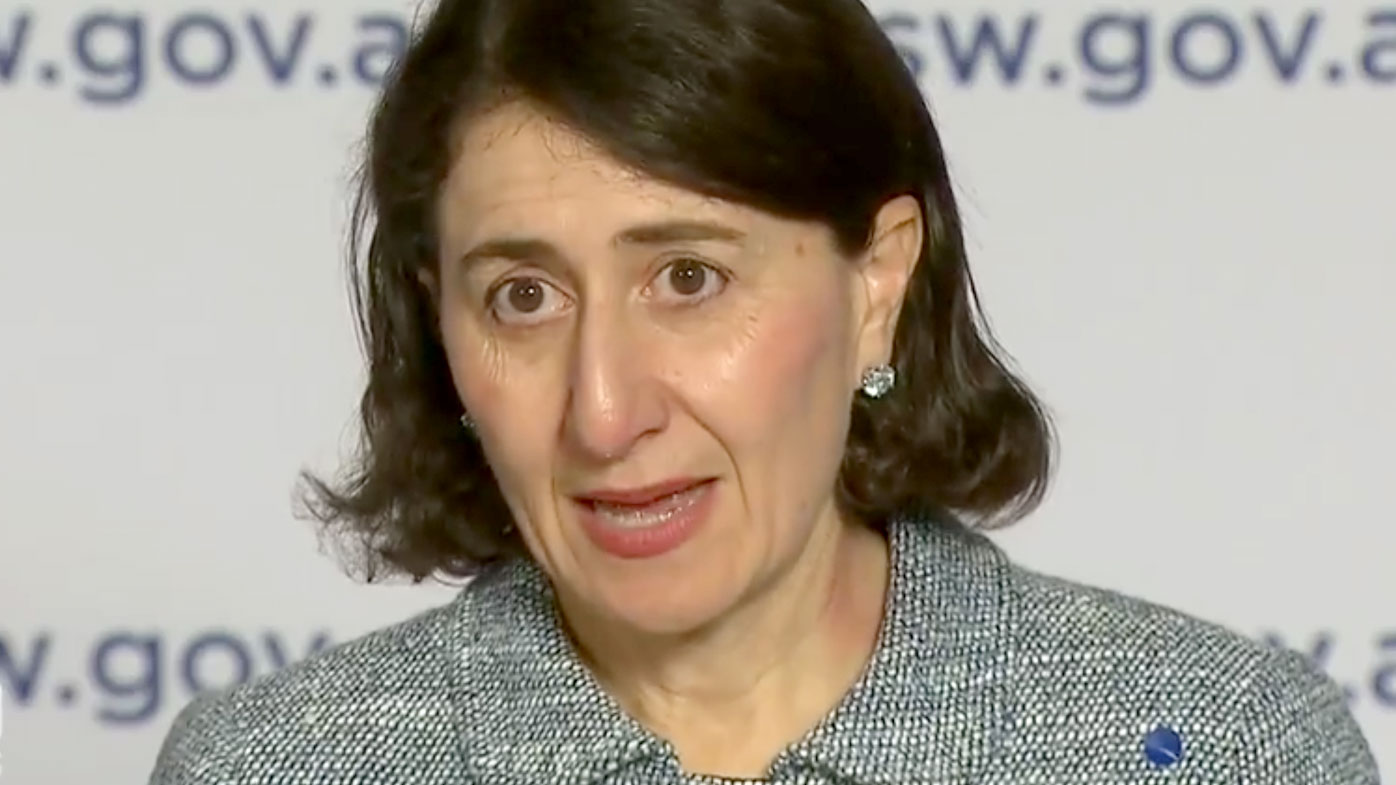 Three more people have died: a man and woman in their 80s and a man in his 90s.

Ms Berejiklian said at least 59 of the new cases were infectious while out in the community.

Hundreds are under investigation.

Service NSW last night sent 1 million text messages to people aged between 16-39 in south-western and western Sydney, to allow them to get priority access to the vaccine.

Ms Berejiklian said NSW was on track to reach 70 per cent of its population fully vaccinated by the end of October and 80 per cent doses by mid-November.

"Only a handful of people are doing the wrong thing but it is having catastrophic consequences," Ms Berejiklian said, alluding to people continuing to break health orders.

Twenty-nine are on ventilation.

READ:  Last Known Footage Of A Tasmanian Tiger Shows What The World Has Lost 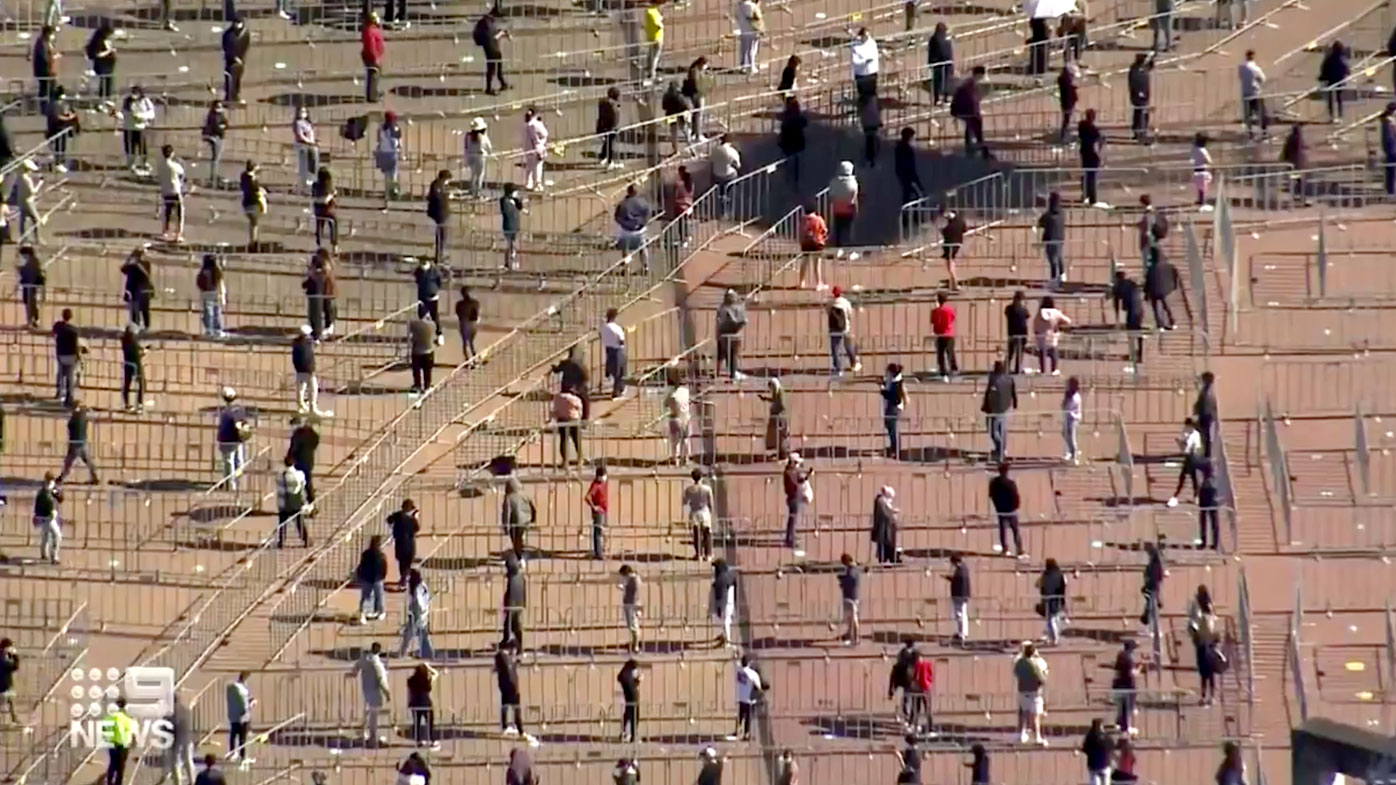 Two elderly men from Greenwood Aged Care in Normanhurst in Sydney's north-west died overnight, with one of the men, in his eighties, fully vaccinated.

The other man, in his nineties, was not vaccinated.

A total of six residents have been diagnosed with COVID-19, Dr Gale said.

All the positive patients are residents of the 14-bed dementia unit within the facility.

"Four of the six positive residents were not vaccinated as they had declined to be immunised," Dr Gale said.

The third woman in NSW who died, had received one dose of the vaccine and was not a resident of the aged care centre.

A party in Maroubra last Saturday has likely become a super spreading event, with at least 16 people and some of their close contacts now infectious.

Contact tracing and further testing is under way, Dr Gale said, with health authorities working on an assumption 60 people were at the party.

Residents of Maroubra, Malabar and the Matraville area have been urged to come forward for testing.

NSW Police issued 681 penalty infringement notices in the last 24 hours across the state.

Ms Berejiklian has defended her actions and decision making on the most recent lockdown, after NSW clocked the worst case numbers in Australia since the pandemic began.

READ:  'Kuchisabishii' Is The Japanese Word That Explains Why We're Eating Mindlessly

"Until this point … we have had relatively good success compared to other parts of the world and even today we do, but we are not immune to what this virus does.

"There will always be debate about going too hard, going too soft."

When NSW went into lockdown, she said it was on the back of 11 daily cases.

At the time, Ms Berejiklian had faced criticism for not locking down more quickly, after an unvaccinated limo driver in Bondi sparked an outbreak in Sydney's eastern suburbs.

"I'm the premier of the largest state in Australia and I expect to be held to account," she said.

"I expect every decision we take to be scrutinised (and) commented on."

Ms Berejiklian refused to guarantee NSW will get out of lockdown if it hits her magic number of 70 per cent fully vaccinated.

"There is a national plan that talks about greater freedom at 70 per cent and living freely at 80 per cent," she said, replying to reporters.

Ms Berejiklian will also keep NSW parents who are home schooling waiting for at least another week, before a plan for Term 4 is unveiled.

"That will be discussed publicly towards the end of the week," she said.

"Our job is to make sure - and this is key - that we keep people out of hospital until we get those vaccination rates up," she said.

She said the lockdowns, which will be tightened on Monday with a nightly curfew and more exercise restrictions in some Sydney LGAs, was "buying ourselves time" to get vaccination rates up.

"Then we can move forward and live freely," she said.

Vaccinations for people aged between 16 and 39 would be prioritised to those living in south-west and western Sydney, she said, because that is where 80 per cent of daily cases are coming from.

Ms Berejiklian denied she was creating a tale of two cities, with heavy restrictions for some and priority vaccinations for others.

A 9pm-5am curfew and one hour exercise limit for LGAs of concern and face masks for all outside are among the new rules announced on Friday.﻿

More shops will have to close - with Bunnings announcing it would shut all Sydney shops except for click and collect in response.

The new rules start on Monday.

The lockdown was extended for Greater Sydney until the end of September.

"We're doing everything we can, we've thrown everything at this, and now it's time to bunker down," Ms Berejiklian said on Friday as she confirmed the lockdown crippling the state would become stricter, longer and more onerous.

Meanwhile, while Sydney doesn't list all exposure sites, as people would have checked-in, new alerts have been issued for Rooty Hill Medical and Dental Centre and Trim's Fresh deli at Merrylands.