Auction houses are beginning to let the hammer drop again and tonight sees one of the country’s biggest gemstones go under the gavel.

Among the kaleidoscope of businesses that were forced to close when coronavirus seeped into our lives were the nation's auctioneers of fine art and objects.

However, as the curve flattened and thanks to online bidding, auction houses are beginning to let the hammer drop again and tonight sees one of the country's biggest gemstones go under the gavel.

Known as the Wakil Emerald, it is 20 plus carats of pear shaped, step cut, claw set and diamond rimmed stone, named after its original owner, Sydney property developer couple Isaac and Susan Wakil. 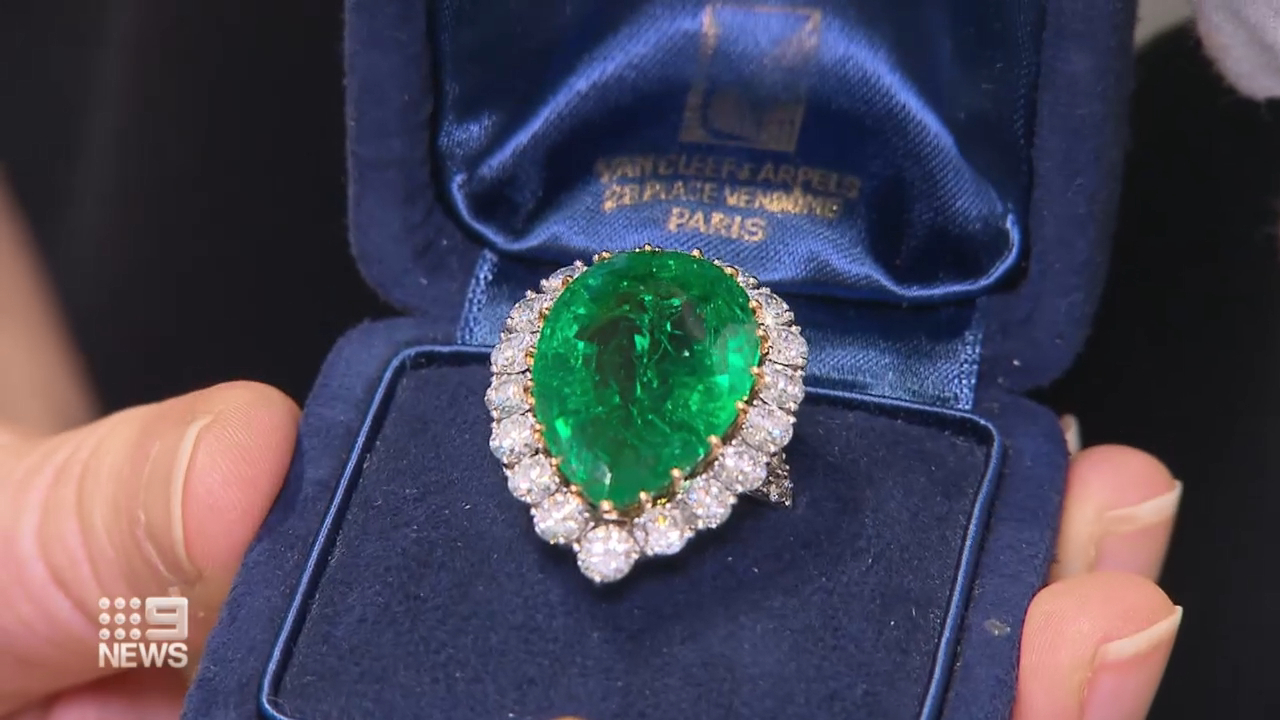 The Wakils would make their fortune first in the rag trade, then through purchasing rundown inner city properties such as Pyrmont's Terminus Hotel, selling them for redevelopment.

Tonight, the Wakil Emerald is the keystone to a collection of vintage jewellery up for auction, including a platinum and diamond hair ornament crafted by Cartier in 1920, and still wearable today.

"But you could if you were desperate?" I pose.

"Absolutely," says Emma, "and if you can't find your bulldog clip". 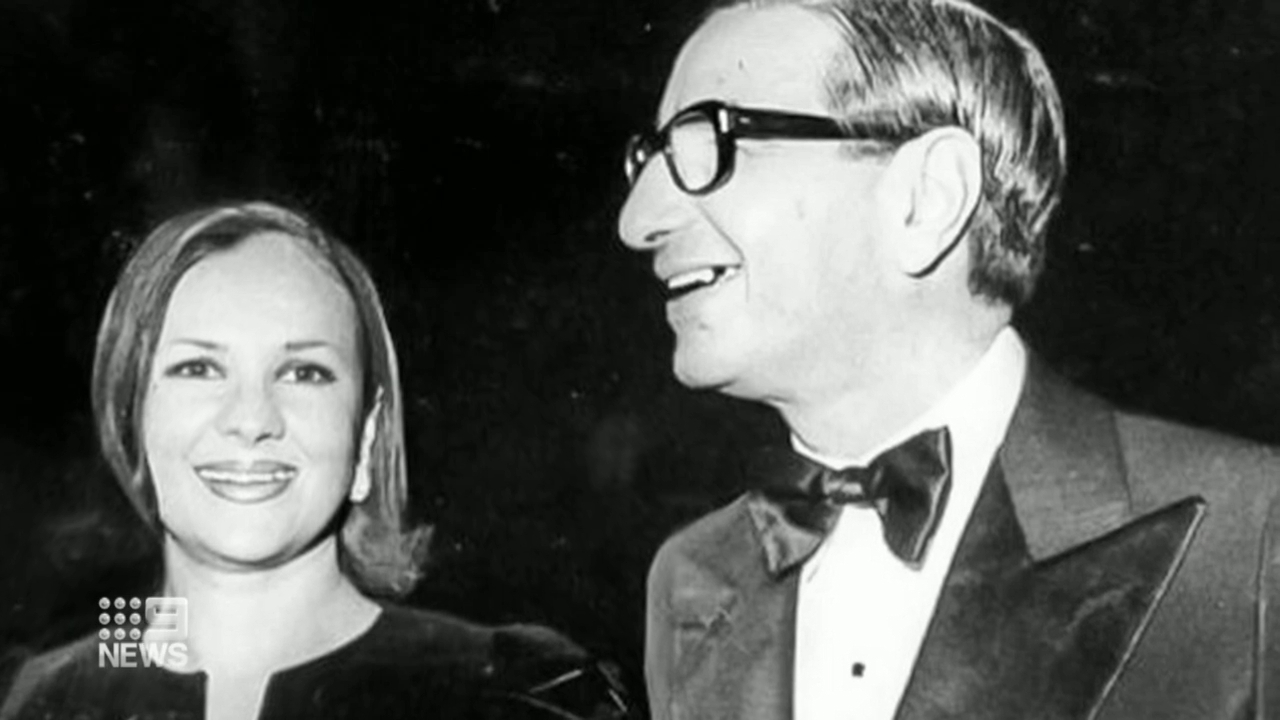 Other pieces for bid tonight include a ruby-eyed and diamond whiskered cat brooch from Tiffany and Co, made of coiled wire.

"Gold wire," says Ms Finn, "that give the appearance of fur".

An animal not normally associated with fine jewellery is the wild boar, but a brooch of a boar profile crafted by Parisian house Van Cleef and Arpels, with tusks of diamond and a spine of gold, will also be auctioned tonight.

"We've had pig brooches before," says Emma, "but never a wild boar".

Also for auction are Bulgari earrings, three strands each of emerald rows, each strand tipped by pear shaped diamonds. With a reserve of $35,000, that would seamlessly marry with the Wakil. 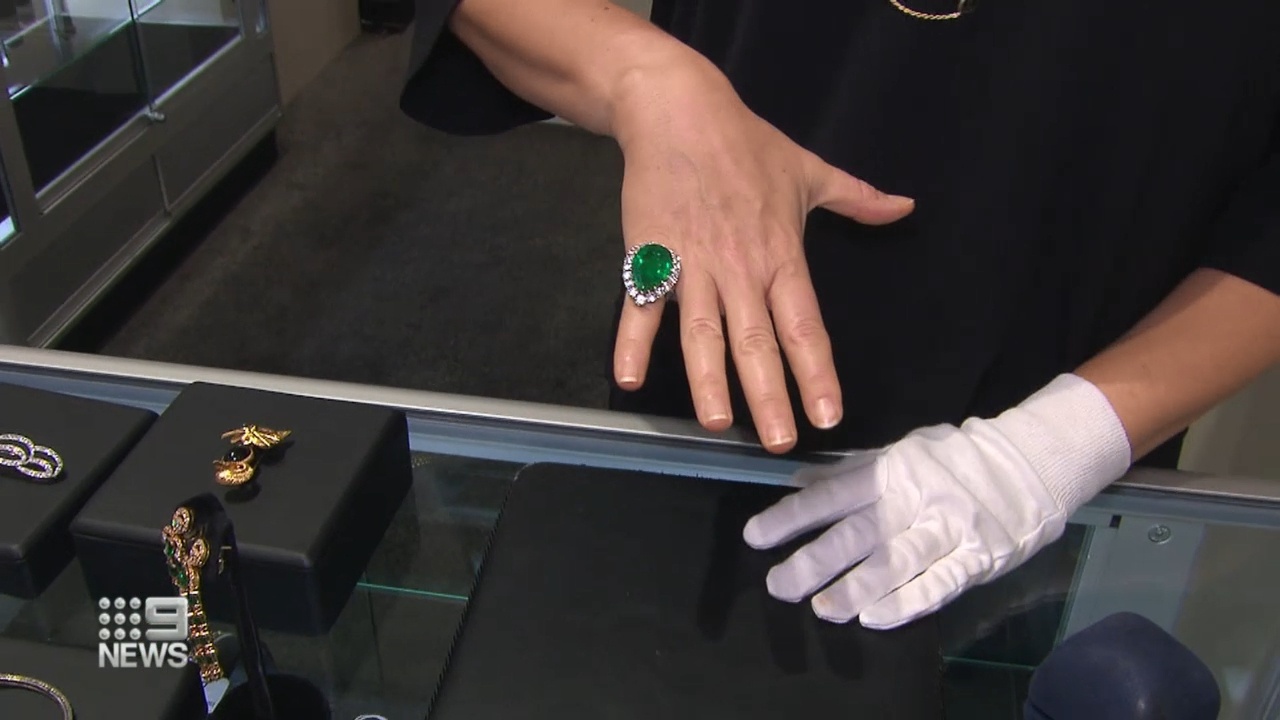 "They are another stunning highlight from the collection," says Ms Finn, "Just perfect colour that these emeralds exhibit."

But the keystone at tonight's bidding will be the Wakil.

"This is the piece de resistance as far as the collection this evening is concerned?" I surmise.

"Absolutely," Ms Finn quickly agrees, "and it would be of any collection. It's probably the most significant stone we've seen offered in Australia."

Bidding for the Wakil Emerald is set to start from $200,000 dollars, and is expected to well and truly surmount it.