US President Joe Biden announced sweeping new federal vaccine requirements affecting as many as 100 million Americans, which was part of an all-out effort to increase COVID-19 vaccinations and curb the surging delta variant

The announcement was part of an all-out effort to increase COVID-19 vaccinations and curb the surging Delta variant.

President Biden criticised the close to 80 million Americans who were not yet vaccinated, despite months of availability and incentives. “We’ve been patient. But our patience is wearing thin, and your refusal has cost all of us," he said.

President Biden also added that the un-vaccinated minority “can cause a lot of damage, and they are.”

The expansive rules mandated that all employers with more than 100 workers require them to be vaccinated or tested for the virus weekly, affecting about 80 million Americans.

The almost 17 million workers at health facilities that received federal Medicare or Medicaid also will have to be fully vaccinated.

President Biden was also signing an executive order that required vaccination for employees of the executive branch and contractors who do business with the federal government, with no option to test out. That covered several million more workers. 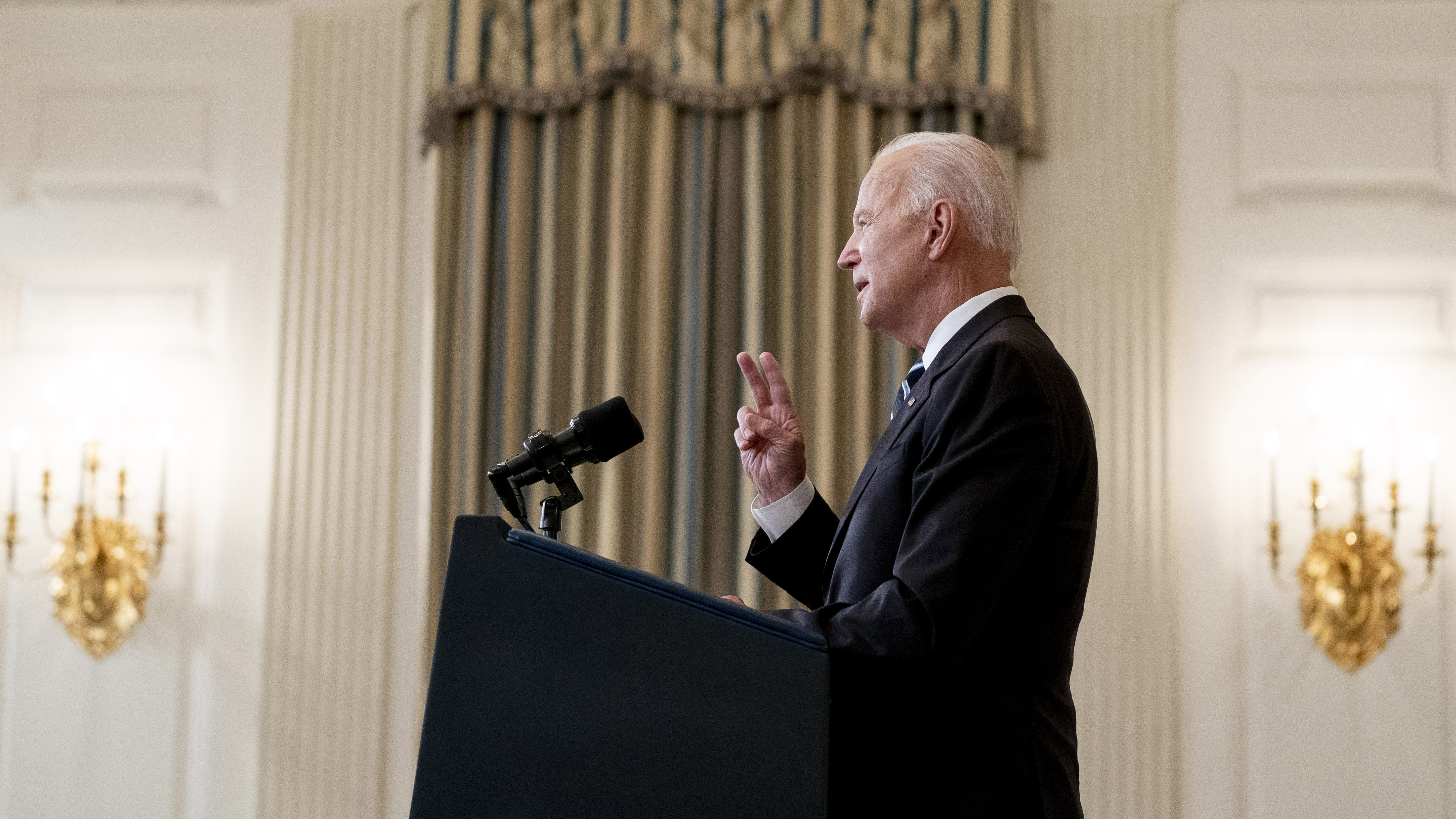 The new requirements were announced in a Thursday afternoon address from the White House.

They were part of a new “action plan” to address the latest rise in coronavirus cases and the stagnating pace of COVID-19 shots that raised doubts among the public over his handling of the pandemic.

Two months ago President Biden prematurely declared the nation’s “independence” from the virus.

Now, despite more than 208 million Americans having had at least one dose of the vaccines, the US was seeing about 300 per cent more new COVID-19 infections a day.

That was about two-and-a-half times more hospitalisations, and nearly twice the number of deaths compared to the same time last year.

“We are in the tough stretch and it could last for a while,” President Biden said of the current state of the pandemic. 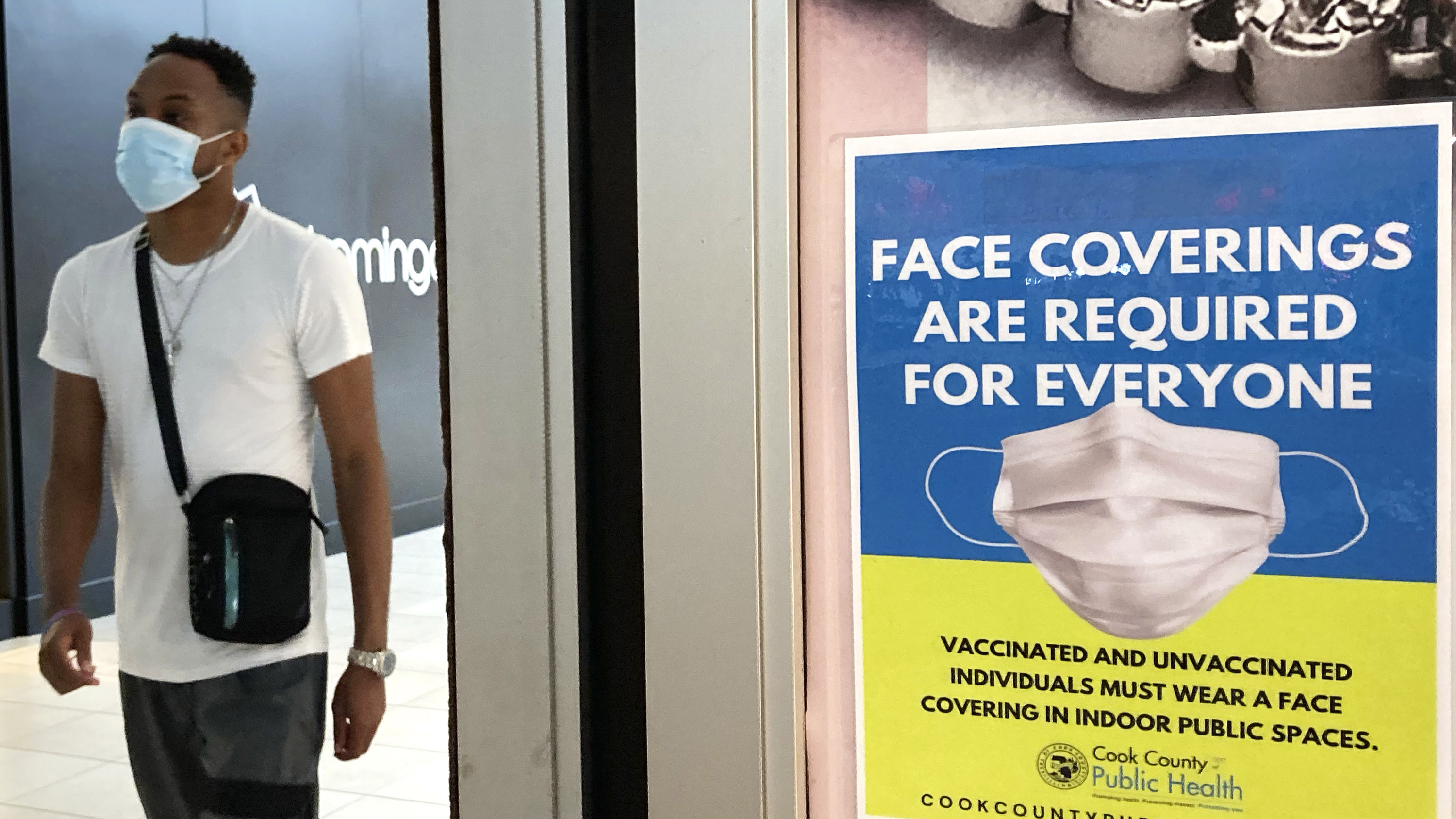 After months of using promotions to drive the vaccination rate, President Biden took a much firmer hand, as he blamed people who had not yet received shots for the sharp rise in cases that was killing more than 1,000 people per day and imperilling a fragile economic rebound.

In addition to the vaccination requirements, President Biden moved to double federal fines for airline passengers who refused to wear masks on flights or to maintain face covering requirements on federal property.

President Biden announced that the federal government would work to increase the supply of virus tests.

He added that the White House had also secured concessions from retailers including Walmart, Amazon, and Kroger to sell at-home testing kits at cost beginning this week.

The president will also call for large entertainment venues and arenas to require vaccinations or proof of a negative test for entry. 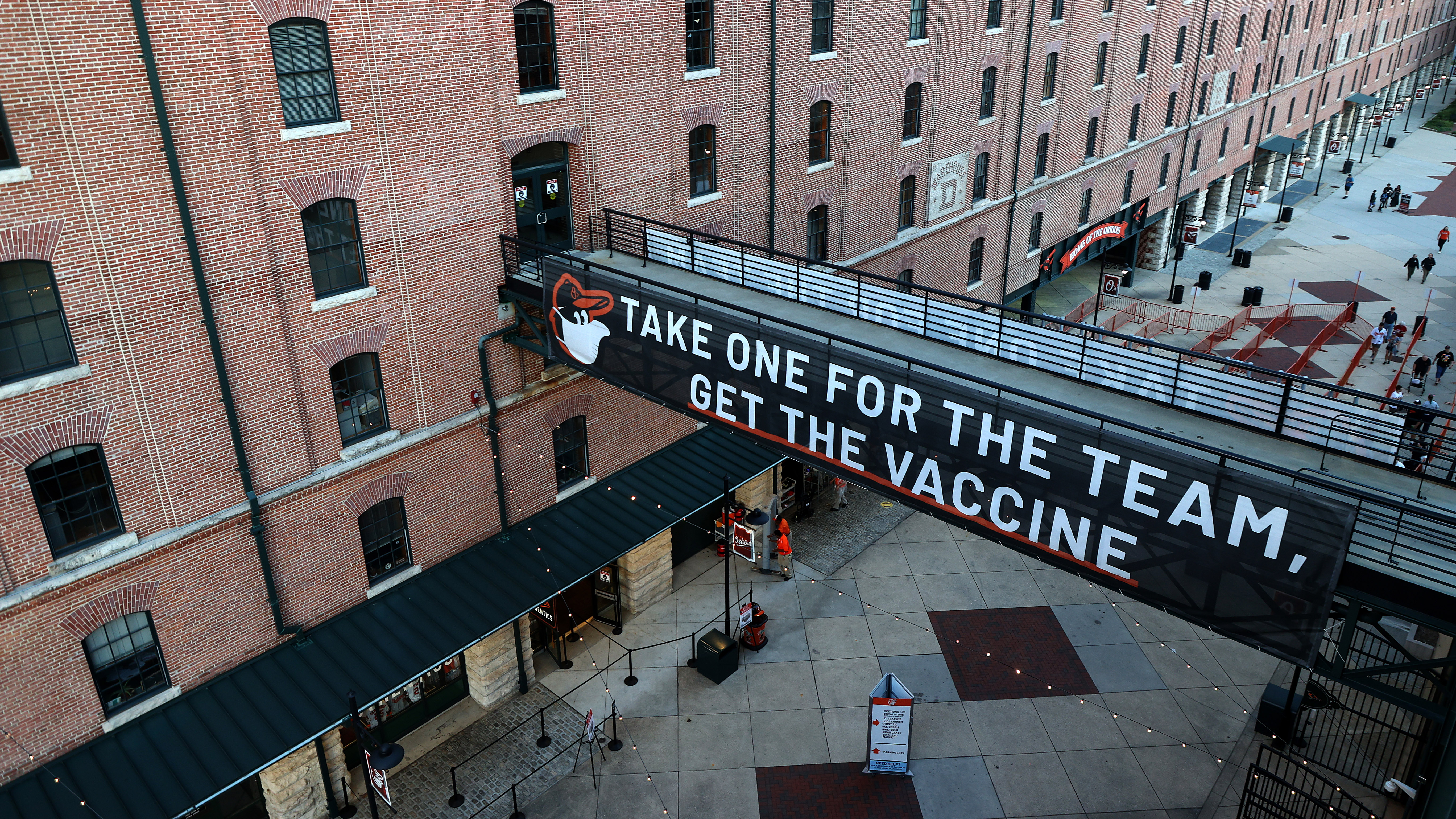 The requirement for large companies to mandate vaccinations or weekly testing for employees will be enacted through a forthcoming rule from the Occupational Safety and Health Administration.

It will carry penalties of $19,000 per violation, an administration official said. The White House had not immediately said when it would take effect, but said workers would have sufficient time to get vaccinated.

The rule would also require that large companies provide paid time off for vaccination.

Meanwhile, the Centres for Medicare & Medicaid Services will extend a vaccination requirement issued earlier this summer to other healthcare settings including hospitals, home-health agencies and dialysis centres.

Separately, the Department of Health and Human Services would require vaccinations in Head Start Programs, as well as schools run by the Department of Defence and Bureau of Indian Education, affecting about 300,000 employees. 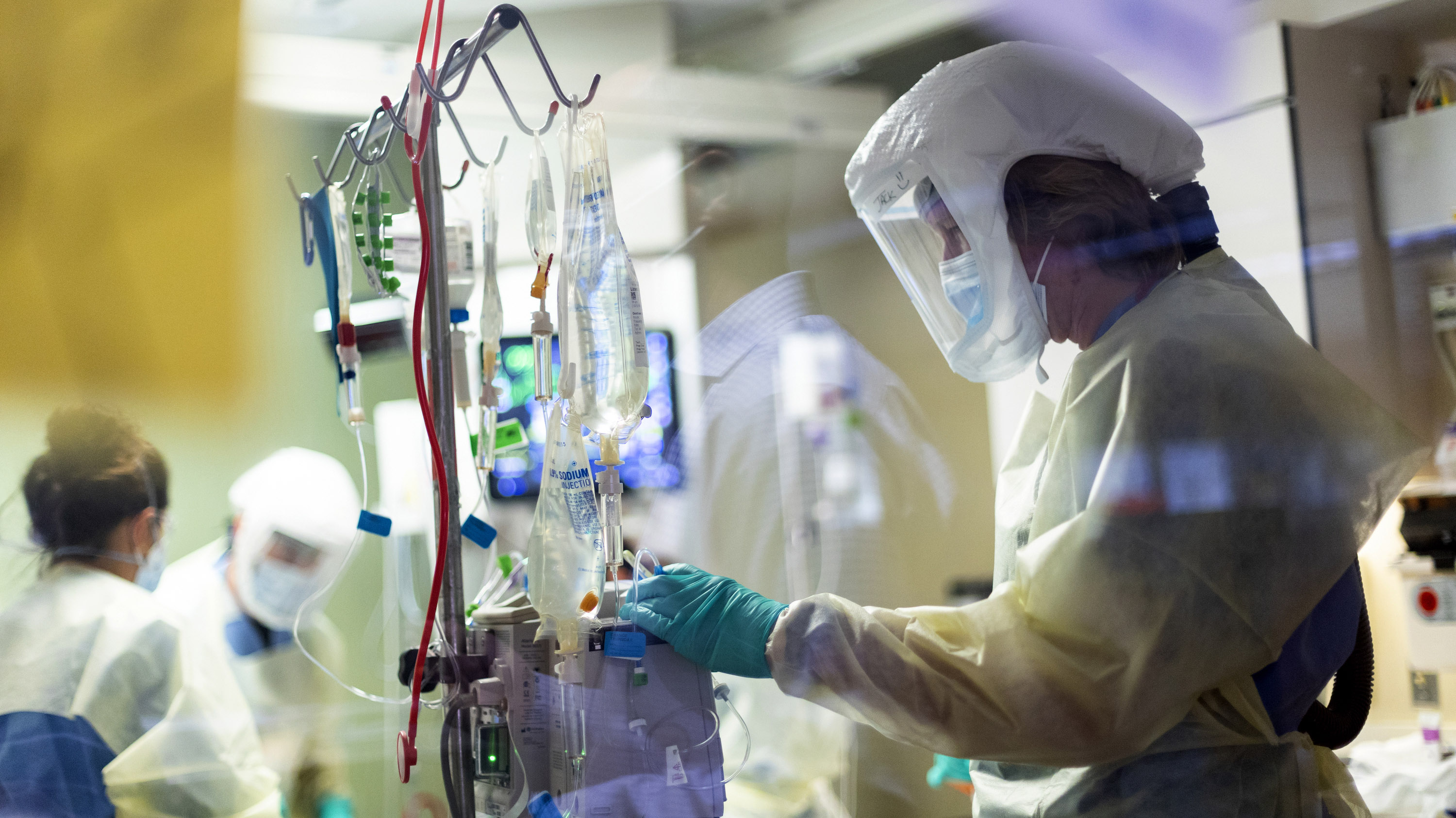 Federal workers and contractors would have 75 days to get fully vaccinated. Workers who didn't comply would be referred to their agencies' human resources departments for counselling and discipline, to include potential termination.

“We would like to be a model” to other organisations and business around country, White House Press Secretary Jen Psaki said of the federal workforce.

An AP-NORC poll conducted in August found 55 per cent of Americans were in favour of requiring government workers to be fully vaccinated, compared with 21 per cent opposed. 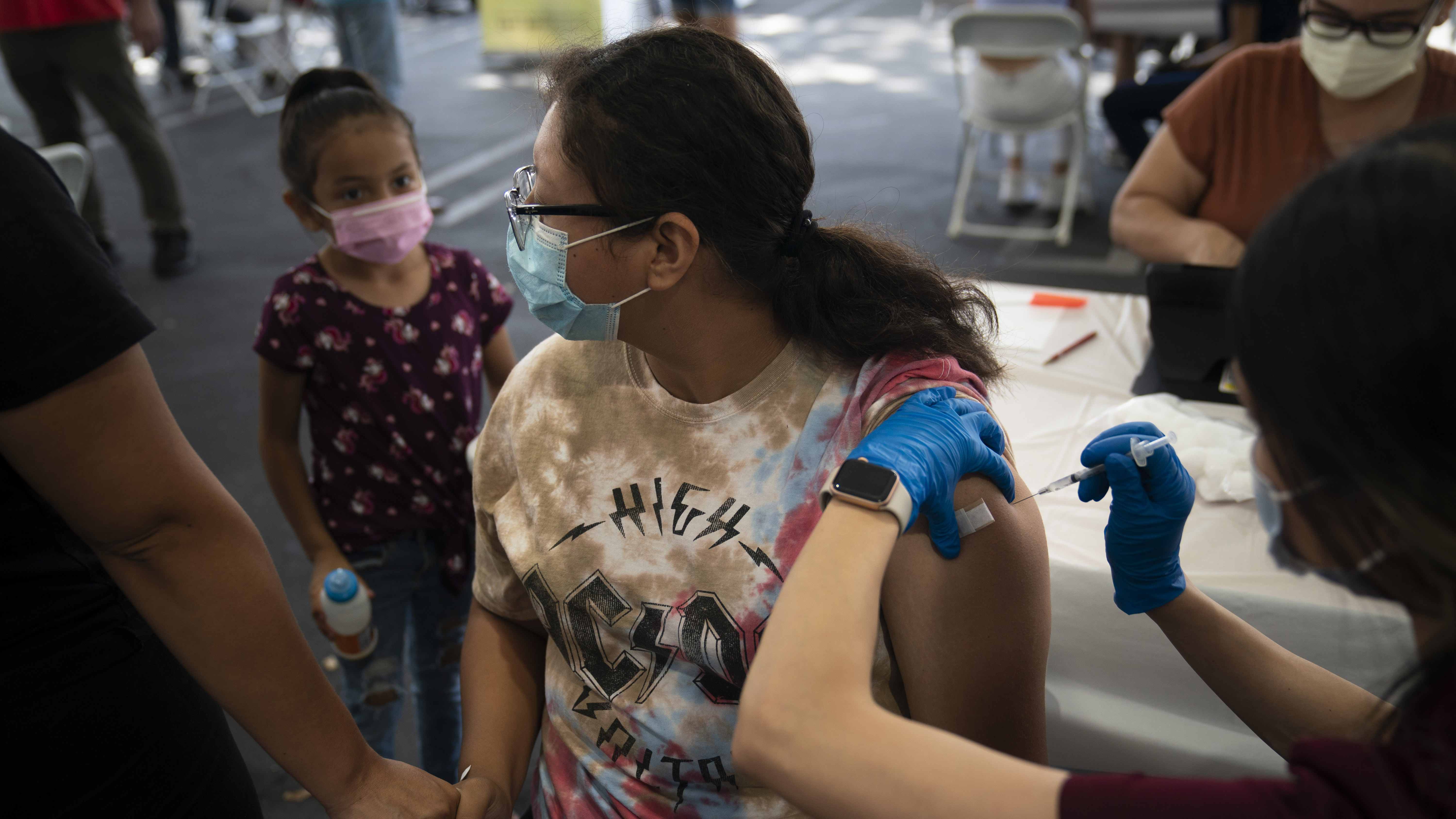 The Los Angeles Board of Education was expected to vote on requiring all students 12 and older to be fully vaccinated in the the nation’s second-largest school district.

Walmart, the nation’s largest private employer, said in late July it was requiring that all workers at its headquarters in Bentonville, Arkansas, as well as its managers who travelled within the U.S. be vaccinated by October 4.

However, the company stopped short of requiring shots for its frontline workers.

CVS Health said in late August it would require certain employees who interacted with patients to be fully vaccinated by the end of October. That included nurses, care managers and pharmacists.

In the government, several federal agencies had previously announced vaccine requirements for much of their staffs, particularly those in healthcare roles like the Department of Veterans Affairs. 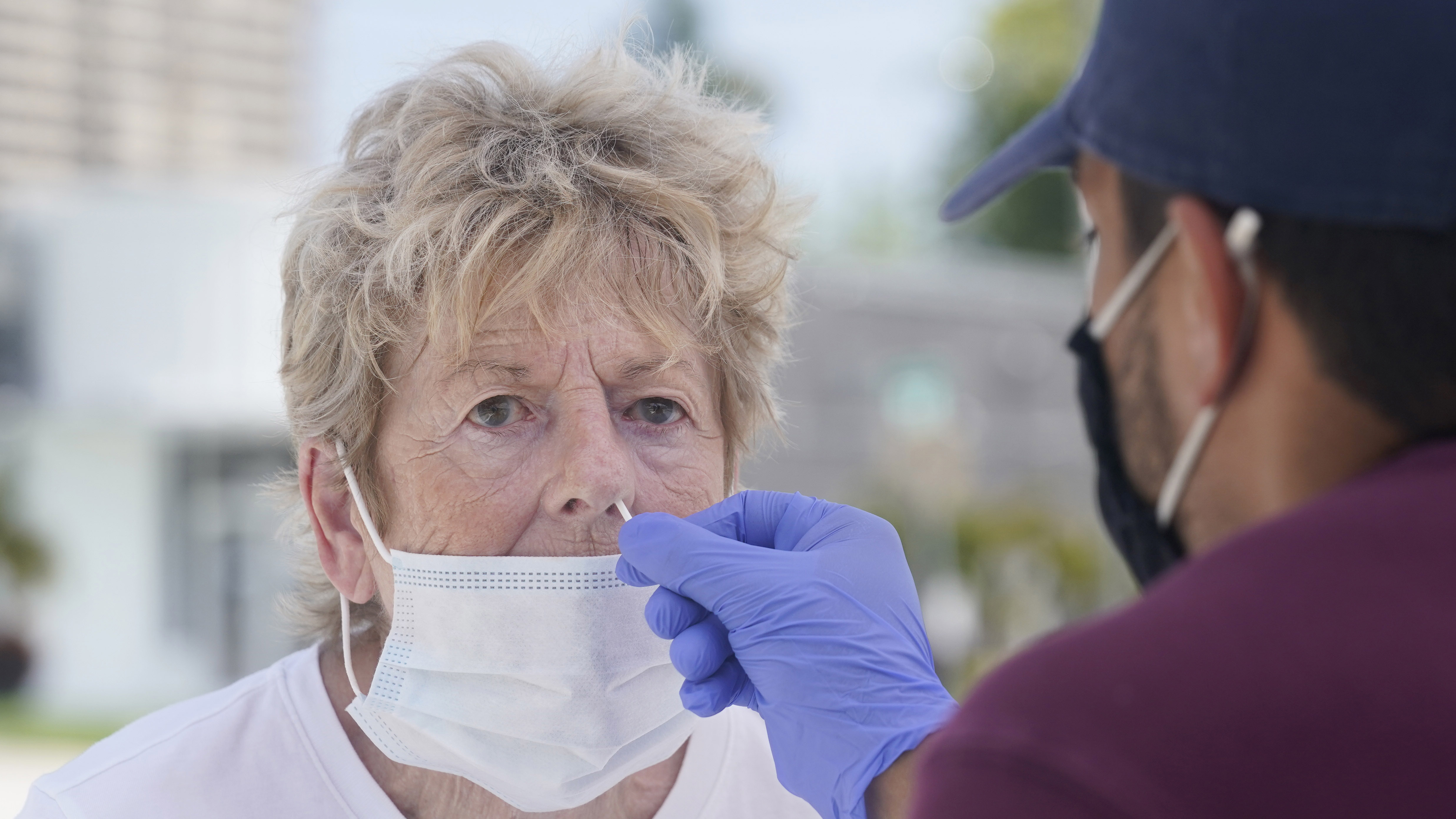 The Pentagon moved last month to require all service members get vaccinated. Combined, the White House estimated those requirements covered two and a half million Americans.

President Biden’s measures should help, but what’s really needed is a change in mindset for many people, said Dr Joshua Sharfstein, Vice Dean at the Johns Hopkins Bloomberg School of Public Health in Baltimore.

“There is an aspect to this now that has to do with our country being so divided,” said Dr Sharfstein.

“This has become so politicised that people can’t see the value of a vaccination that can save their lives. Our own divisions are preventing us from ending a pandemic.”

American Federation of Government Employees, the largest union of federal employees, said that while it strongly encouraged vaccinations, workers should have a say in new mandates affecting them. "We expect to bargain over this change prior to implementation, and we urge everyone who is able to get vaccinated as soon as they can do so.”

He said “vaccination should be promoted through education and encouragement – not coercion.”

More than 177 million Americans were fully vaccinated against the coronavirus, but confirmed cases shot up in recent weeks to an average of about 140,000 per day with on average about 1,000 deaths, according to data from the Centres for Disease Control and Prevention.

Most of the spread occurred among those not yet fully vaccinated. So-called breakthrough infections in vaccinated people occurred, but tended to be far less dangerous.

Federal officials moved ahead with plans to begin administering booster shots of the mRNA vaccines to bolster protection against the more transmissible delta variant.

Last month President Biden announced plans to make them available beginning on September 20, but only the Pfizer vaccine will likely have received regulatory approval for a third dose by that time.

Officials were aiming to administer the booster shots about eight months after the second dose of the two-dose vaccines.