Jack de Belin’s court case has been adjourned until at least April, putting his playing future in doubt.

NRL player Jack de Belin's court case has been adjourned until at least April, putting his playing future in doubt.

The sudden illness of a prominent witness in the pre-trial legal argument, whose name has been suppressed by Wollongong court, forced Judge Andrew Haesler to end proceedings today. 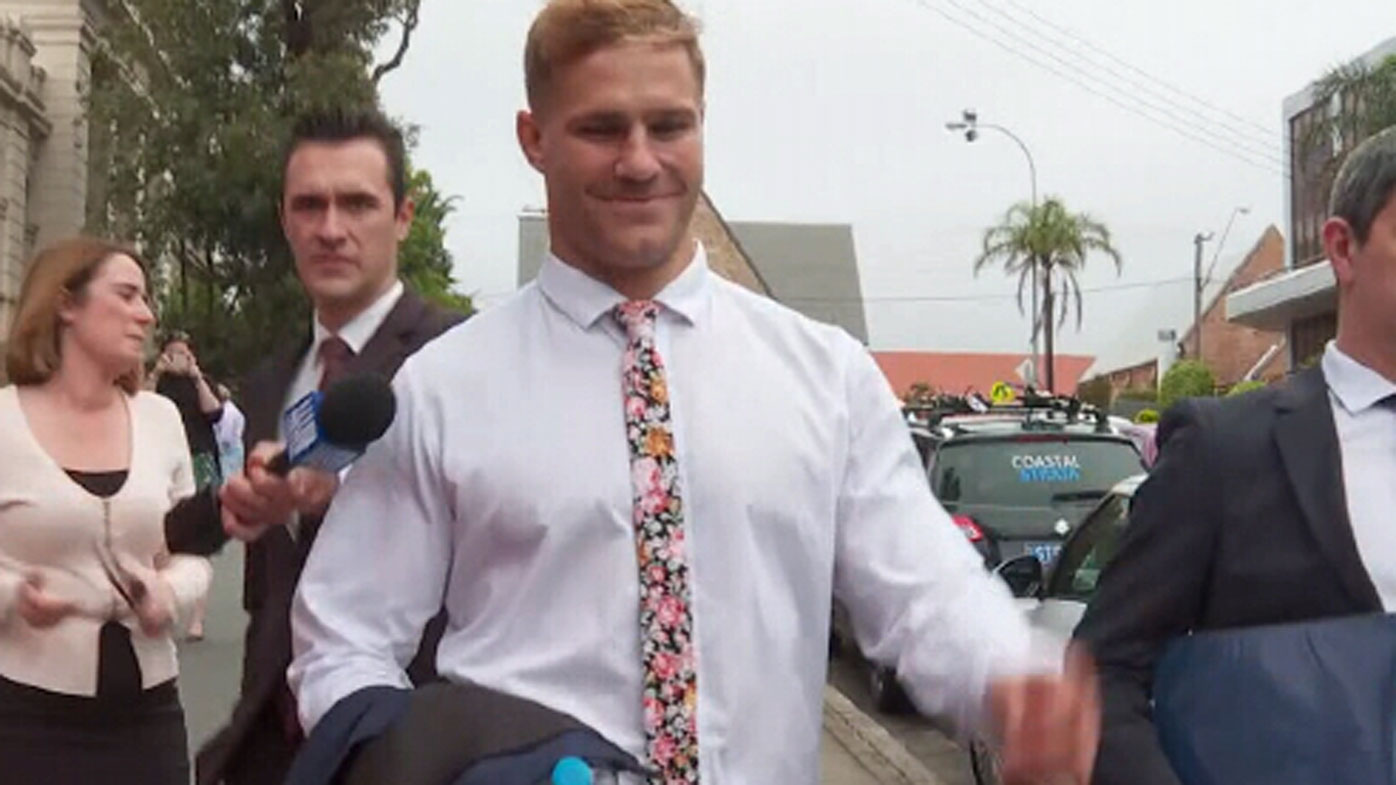 Judge Haeslar received medical certificates confirming the person was ill and unable to give evidence.

Judge Haeslar ruled to further delay the case in hope of resolving the pre-trial legal issues, which cannot be published for legal reasons.

The case was adjourned to April 8 for the continuation of the legal argument.

St George Illawarra Dragons player, De Belin and his co-accused Callan Sinclair are accused of sexually assaulting a woman inside a North Wollongong unit during a night out December 2018.