Gerry Geltch, owner of Air Fraser Island, was training a young pilot on the eastern side of the island when the incident occurred.

Gerry was preparing a controlled landing on the beach when, inexplicably, the engine failed as well, forcing him to ditch into the sea. 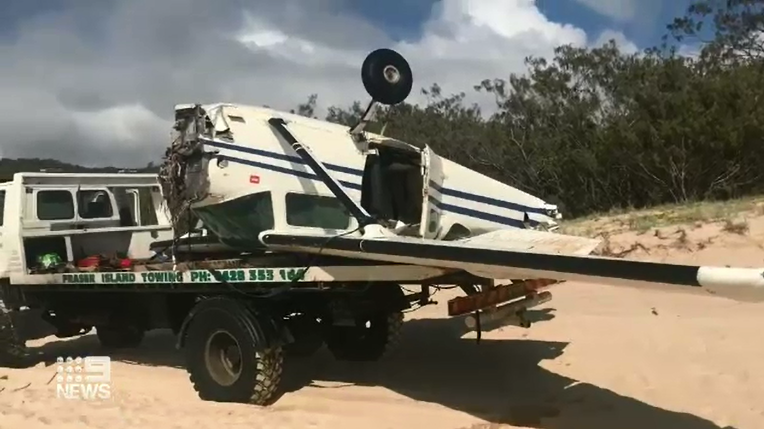 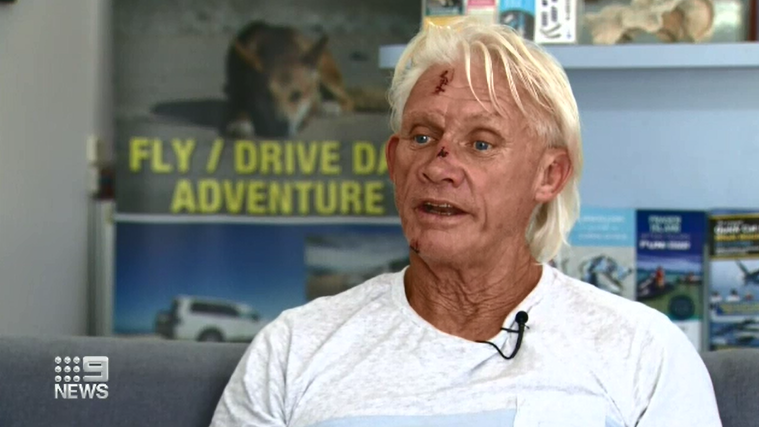 The light aircraft was seen plunging from the sky off Queensland's coast about 1.20pm yesterday.

Clear conditions helped the plane glide into the water with a splash.

"It was obviously big, but not life shattering," said Mr Geltch.

By sheer luck, help wasn't far away. Police and ambulance happened to be on the beach at Fraser's Happy Valley when they spotted the plane coming in.

The aircraft slowly angles down towards the ocean surface until it impacts. 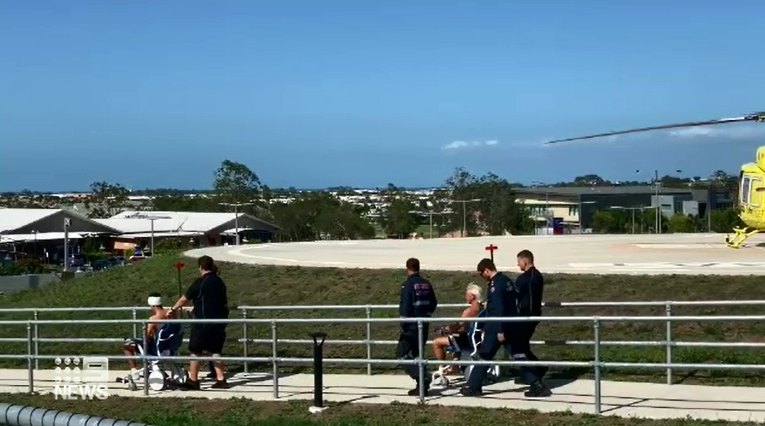 The two men on board were met by paramedics at the shore and are being treated for minor injuries.

"As you know, it's a close-knit community out there, everybody works very well together, and that includes the police officers and the local businesses, including the flight industry," said Mr Clowes.

The Australian Transoort Safety Bureau is now investigating what caused the mechanical failures.