Evacuation warnings are now in place for several communities along the Hawkesbury River from Richmond to Wisemans Ferry and Brooklyn.

Rescue crews have been flown into North Richmond to assist residents isolated by NSW floodwaters while exhausted teams return after being stranded for more than 24 hours.

Fire and Rescue NSW volunteers from Wentworth Falls have been stuck in North Richmond since 10am yesterday due to flooding and a major landslide on Bells Line of Road.

New crews from Windsor and Richmond have now been deployed for the next 72 hours to provide ongoing support to people stranded in rising floodwaters. 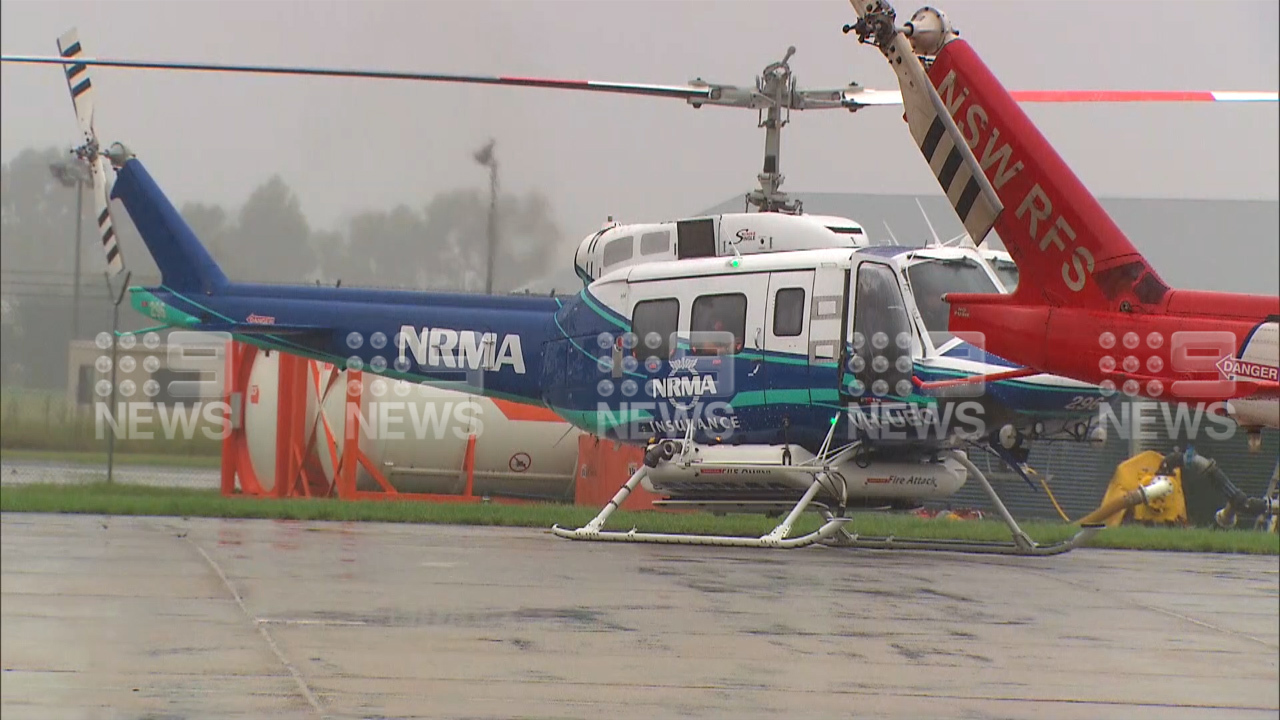 North Richmond has been cut off by floodwaters overwhelming the Windsor and Richmond bridges, leaving hundreds unable to evacuate.

The relieving crew will be stationed at North Richmond Community Centre, assisting residents and providing essential goods including food and water.

Suburbs including Kurrajong and North Richmond have been left isolated due to flooding on the Hawkesbury River on one side and closures on the Bells Line of Road on the other.

The Bells Line of Road was cut at Mount Tomah in the Blue Mountains National Park this morning due to large landslips following days of heavy rain. 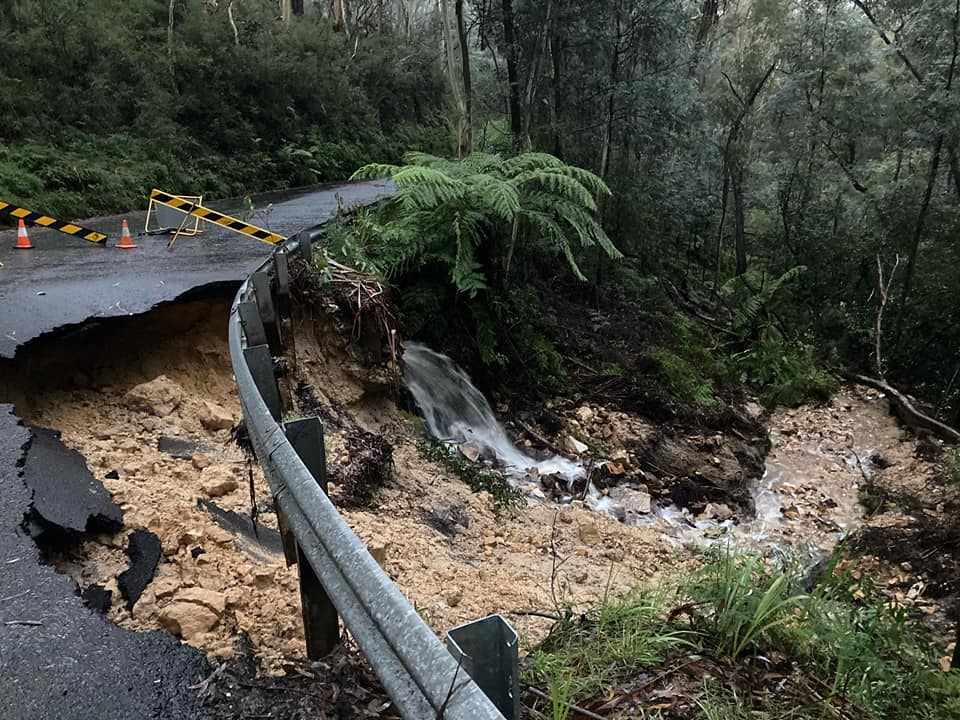 Police and State Emergency Service (SES) volunteers abandoned attempts to clear the road last night due to a "dangerous risk of collapse", leaving engineers to assess the situation.

The North Richmond Bridge between Pitt Lane and Chapel Street is also closed in both directions with people told not to attempt to cross.

Flooding of the Hawkesbury at Agnes Banks, North Richmond, and Windsor meant residents living between the two locations were left isolated. 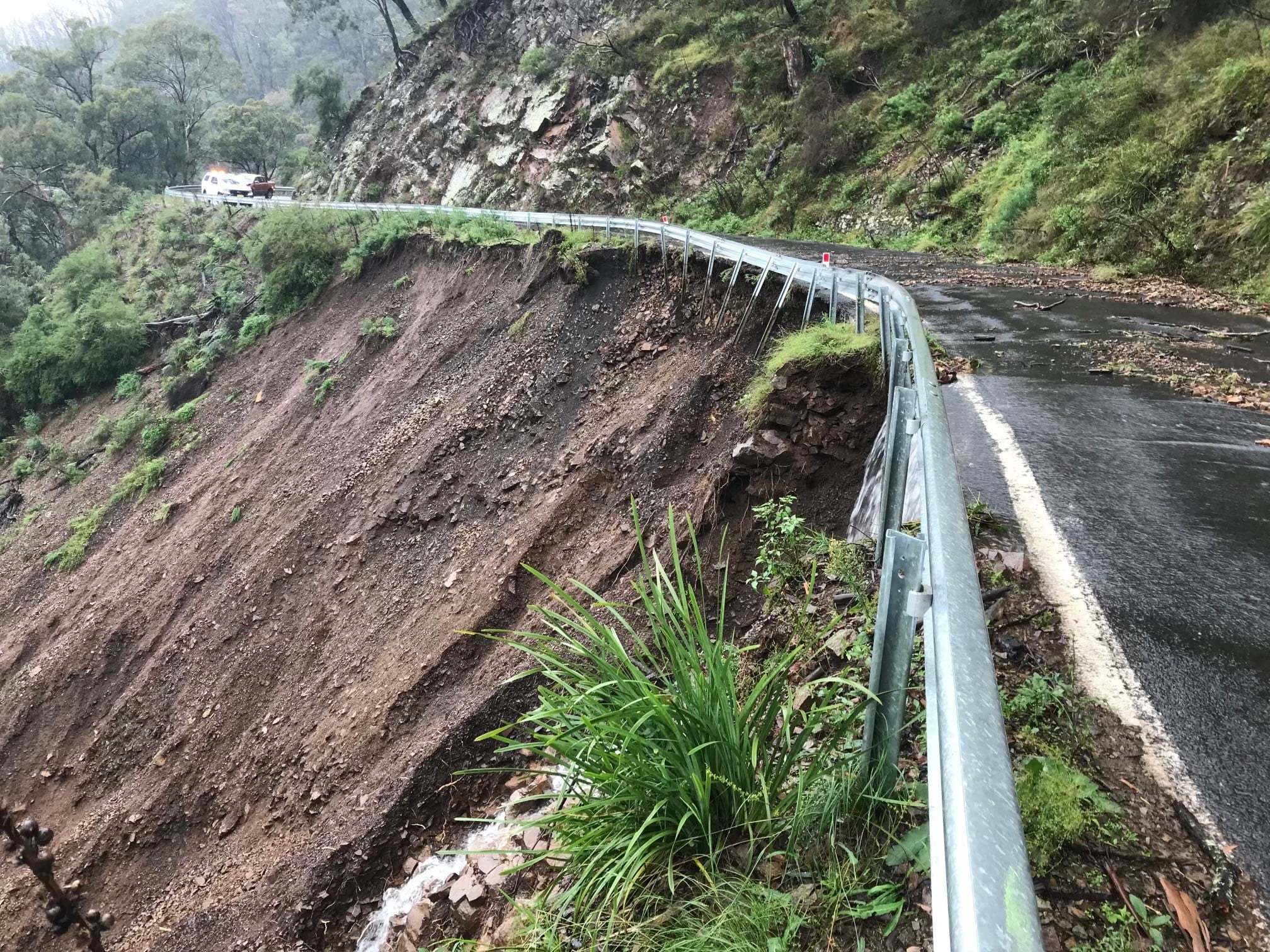 Further north, an evacuation warning has been issued for people in the lower reaches along the Hawkesbury River from Wisemans Ferry to Brooklyn.

The SES has told residents in the area, about an hour north of Sydney, to prepare to evacuate the area as widespread rainfall continues.

Further west along the Hawkesbury, Richmond residents have been completely cut off as a result of rising water levels and road closures.

Supermarket shelves have been stripped bare as families stock up on essential supplies including milk, bread and sanitary items, prompting calls for supplies to be flown in amid fears of food shortages.

NSW Premier Gladys Berejiklian said she is worried about "worsening conditions" set to hit parts of the state again today with the Hawkesbury and Colo River areas now the primary areas of concern. 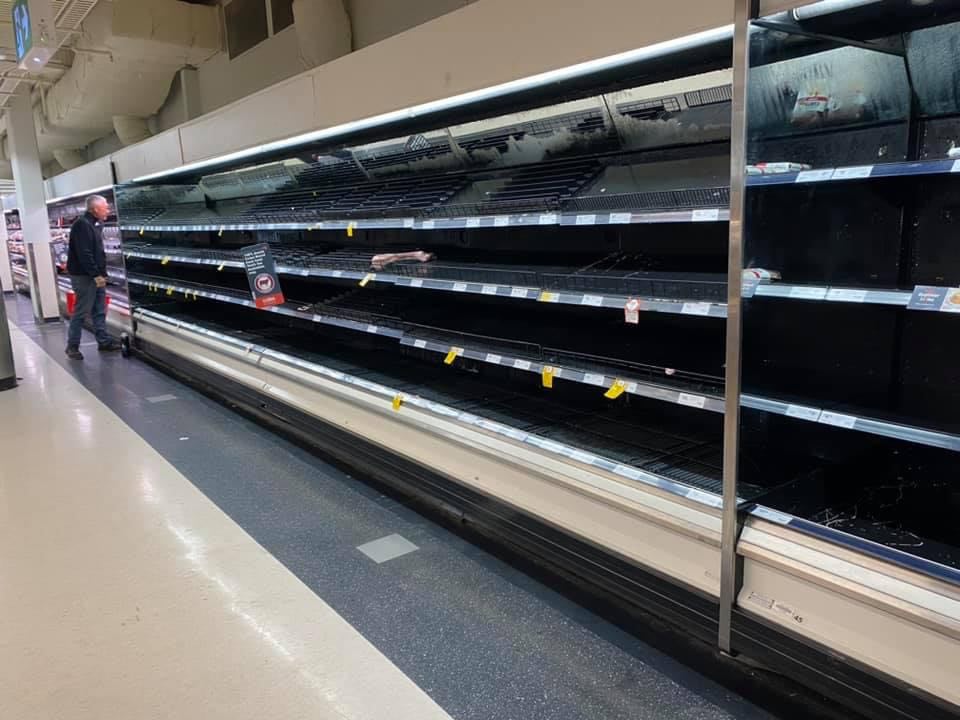 Ms Berejiklian said "massive water flows" are expected in rivers through the week, even after the rain stops. 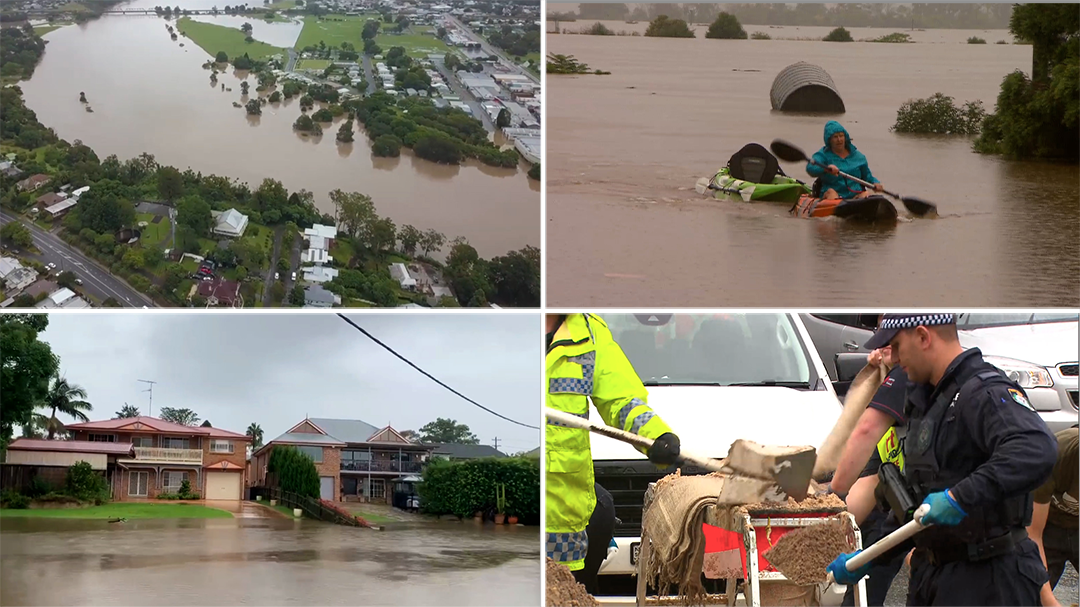 "The Coles at North Richmond is one of the key providers of food and they literally have not been able to get trucks in because of land floods and road problems on the bells line of road," she told 2GB radio.

"We've said to them you might need to look at actually airdropping in some supplies of bread and milk and all the basics."

Emergency services have warned all residents in caravan parks along the Hawkesbury River from Windsor to Wisemans Ferry to prepare to evacuate as river levels rise.

At Sackville, levels are currently nearing a peak of 9.50 metres and Lower Portland has reached its major flood level of 7.60 metres, with waters rising slowly.

The levels are similar to the July 1990 flood event.

Residents in the Megalong Valley have also been cut off, thanks to a large landslip that closed Megalong Road.

"If access can be gained, council will be able to provide a shuttle bus to possibly transport residents or supplies," the council said on Facebook.

Another landslip further west on the Jenolan Caves Road at Five Mile, severed the link between Hartley and Jenolan.

Transport and Main Roads Minister Paul Toole said there had been "multiple slope failures and another tree down at Hampton, forcing drivers to go via Bathurst to get between the two towns".

One of two westbound lanes on the Great Western Highway was also closed at Mount Victoria, due to another landslip.

Last night, the Bureau of Meteorology said while the Hunter and Central Tablelands weren't likely to cop as much rain as the Northern Rivers and Mid North Coast, some risk still remained due to the already-sodden catchments.