The USA and Canada have an out of control population of wild hogs which have become ‘super pigs’, an expert says.

The US and Canada have an out of control population of wild hogs which have become 'super pigs', an expert says.

The US, which already has about nine million of the creatures, is facing a 'feral swine bomb', according to Dale Nolte, manager of the National Feral Swine Damage Management Program at the US Department of Agriculture.

"They multiply so rapidly. To go from a thousand to two thousand, it's not a big deal. But if you've got a million, it doesn't take long to get to 4 million, then 8 million," he told The Atlantic. 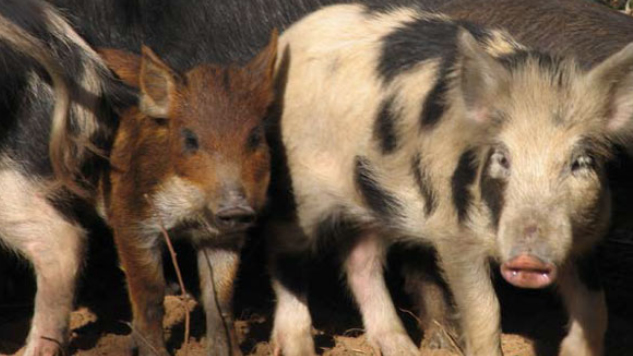 Mr Nolte said the pigs have invaded 39 of the 51 US states, and are a hybrid of domestic breeds and European wild boar.

Meanwhile, Canadian researcher Ryan Brook, a University of Saskatchewan biologist says that the province will soon have more wild pigs than people.

"The problem with the hybrids is you get all of the massive benefits of all of that genetics," Brook told the publication. 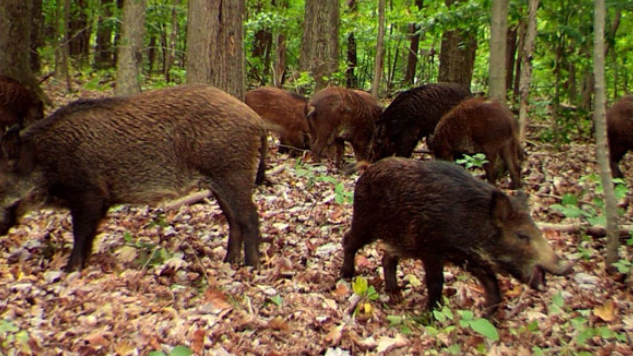 "It creates what we'd call super-pigs."

The pigs are estimated to cause almost $3.5b damage a year, including to crops, livestock and habitat. Texas alone spends $5.5m a year trying to deal with the pigs, with aerial shooting among the ways of culling them, but experts say its not enough.

However, Ontario in Canada and Montana in the US are successfully dealing with the unwanted swine, with the latter currently pig-free after a 'Squeal on Pigs' campaign to urge the public to report them.

Their populations have surged due to escaped famed pigs, and the release of imported feral pigs for hunting and the fact that the flee even further when they're shot at.