Here is the weather forecast for Australia on Sunday, November 6, 2020 including snow forecast for parts of Tasmania and Victoria while hot conditions persist through Queensland, the Northern Territory and northern WA.

A cold front will bring cool, gusty winds and showers to Tasmania, southern Victoria and South Australia, falling as snow in Tasmania later.

A trough will generate storms across inland Queensland, parts of the Northern Territory and northern Western Australia as well as drive hot air over northern Queensland.

It will be clearer in the southwest under a high.

A slight to medium chance of showers and thunderstorms in the western Peninsula, northwest, southwest and southern interior. Possible raised dust in the far southwest, mostly sunny elsewhere.

Hot to very hot conditions with highs of 37C for Rockhampton and tops of 33C in Brisbane.

Moderate to fresh northeast to northwesterly winds in central districts and the southeast, with cooler conditions and fresh southerly winds in the southwest.

Fire Danger - Severe over the Darling Downs and Maranoa, Very High over most remaining eastern districts.

A shower or two in the northeast, with the chance of thunderstorms. Dry elsewhere, with a mix of sun and cloud.

Daytime temperatures above average in the northeast, and below average elsewhere. Top temperatures of 39C forecast in Grafton, a slightly cooler 34C in Newcastle and 32C in Sydney.

There is a severe weather warning in place for damaging winds of up to 120km/h across the Southern Ranges.

Isolated showers over southern and mountain districts, more frequent over the southwest. Mostly dry over East Gippsland and north of the Divide. Snow possible about the Alpine peaks, mainly at night.

READ:  Trump’s Latest Excuse: COVID-19 Only Counts When It Kills The Perfectly Healthy

A cool and mostly cloudy day, with highs of 5C at Falls Creek and 7C at Mt Baw Baw. Top temperatures in Melbourne forecast to reach 20C.

Fresh and gusty westerly winds, strong about the coast and Alpine peaks.

Showers, more frequent about the west, far south, central areas and the northeast with little about the central east and the east coast.

Snow falling above 1000 metres in the afternoon and evening with a top of 3C forecast for Mt Read. Overnight lows in the single digits across much of the west of the state. Highs of 13C in Queenstown and 17C in Hobart. 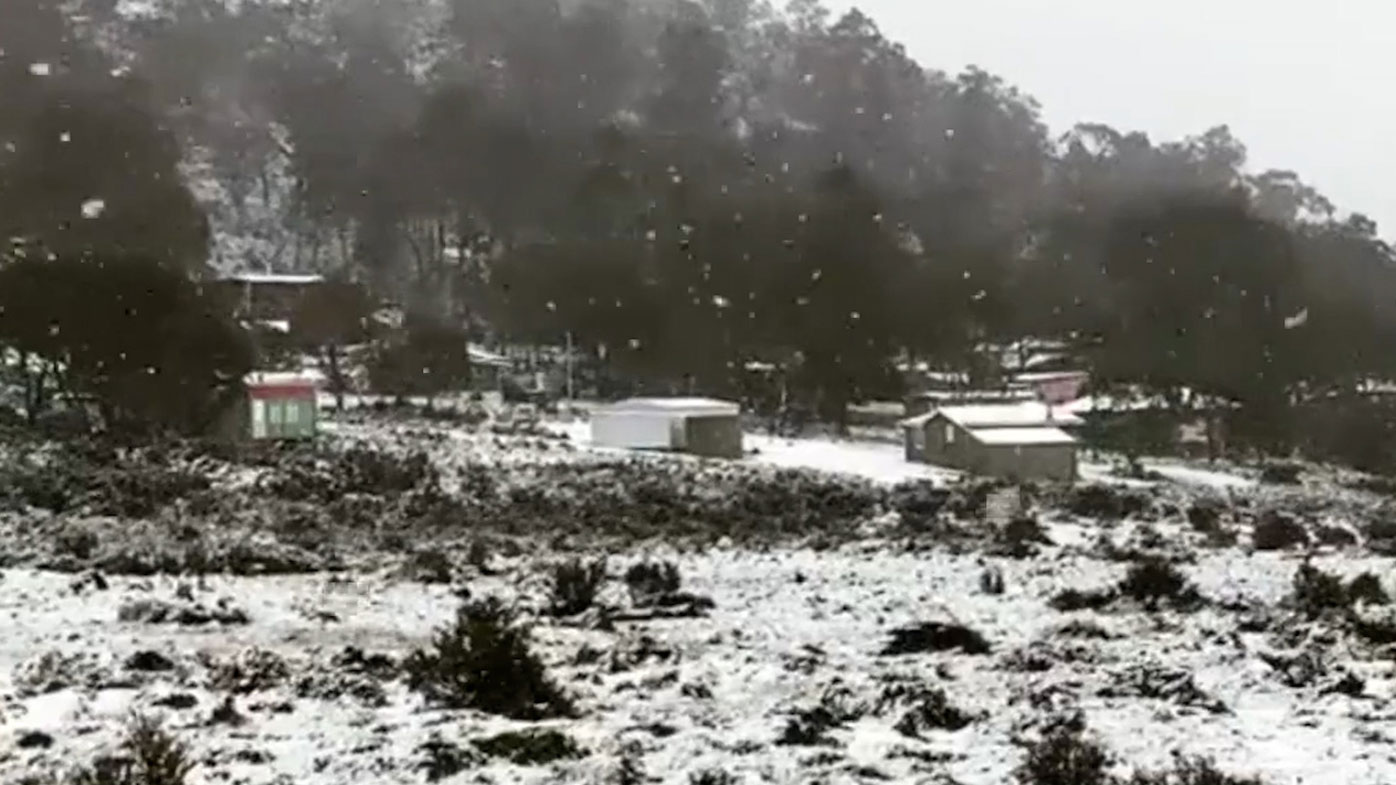 A severe weather warning for damaging winds is in place for Furneaux Islands, the North East and parts of Western and Central North Forecast Districts, with strong and gusty winds of up to 100km/h developing in the morning.

Cool to mild, grading to warm in the far northeast, where temperatures will reach 31C in Moomba and highs of 20C in Adelaide.

Fresh west to southwesterly winds, strong at times about southern coast and ranges at times.

Showers and thunderstorms over the Kimberley, Pilbara and the North Interior. Chance of a shower along the south coast.

Top temperatures of 39C in Port Hedland and 24C in Perth

Partly cloudy in the northeast Barkly and eastern Carpentaria Districts. A slight to medium chance of showers and thunderstorms elsewhere, increasing to a high chance near the west coast. Thunderstorms may be gusty in the Tanami District.

Cooler across southern districts and very hot across central districts.

- Reported with Weatherzone and the Australian Bureau of Meteorology.