A Perth school cafeteria became a crime scene today after a student was allegedly stabbed by what witnesses claimed was a “steak knife”.

A Perth school cafeteria became a crime scene today after a student was allegedly stabbed by what witnesses claimed was a steak knife.

Just before 11am, during recess at Gilmore College, a Year 9 boy allegedly lunged at a Year 12 boy with a knife, stabbing him twice in the back.

"I saw the student being attacked by a knife and then I watched him run through the canteen doors," one witness said. 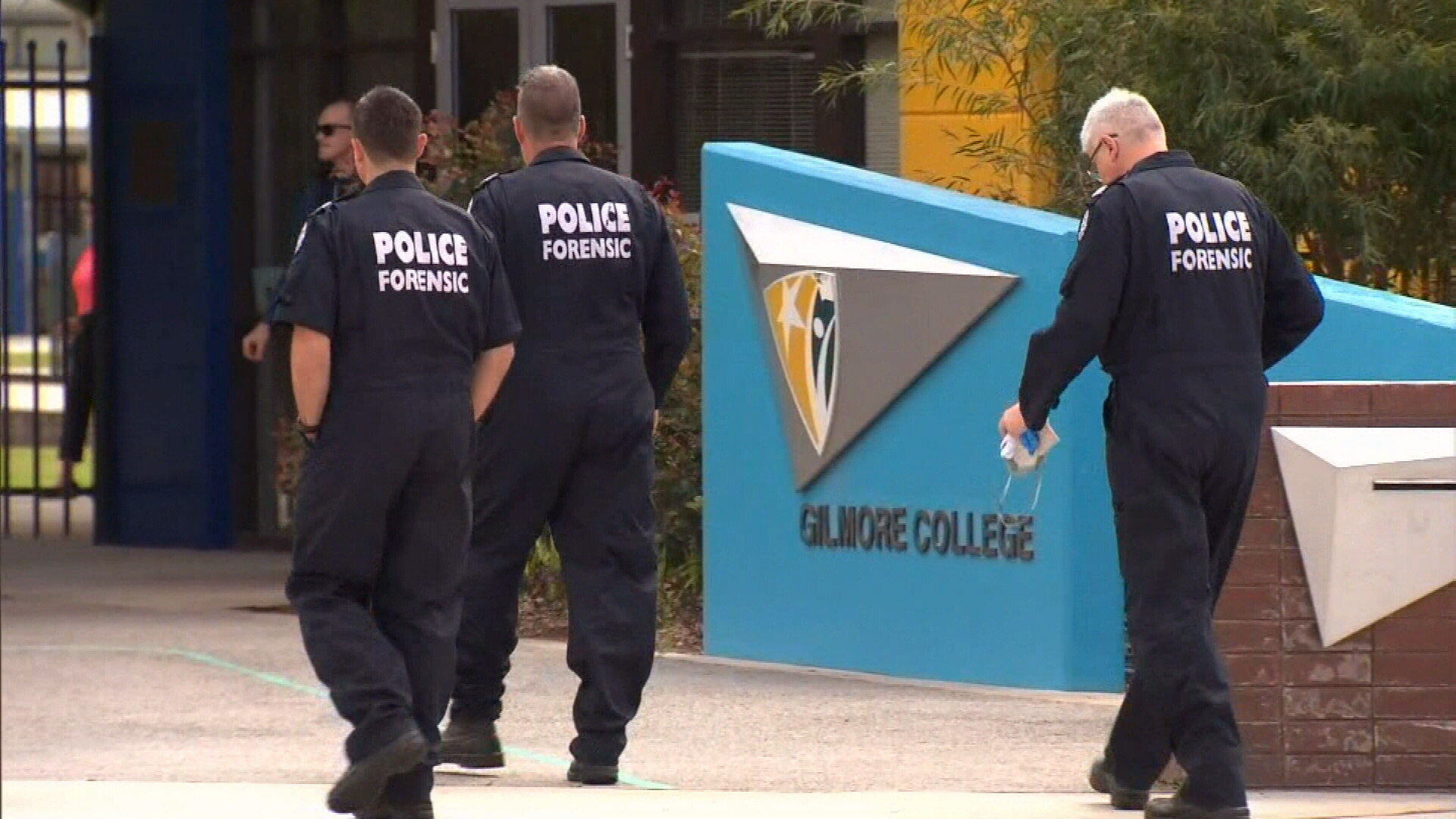 "It was terrifying, I didn't know if he was going to go for one of us or not."

Teachers were forced to intervene before police and ambulance crews arrived minutes later.

The injured student was rushed to Royal Perth Hospital.

The Year 9 student was taken into custody for questioning.

A 14-year-old boy was charged this evening with unlawful wounding over the alleged incident. Parents were texted by the school an hour later, telling them of the incident but reassuring them their children were safe.

Some parents collected their children early.

"It's pretty scary when your kid comes home saying we were all locked up because a kid went on a rampage," one parent said.

Some parents are now pushing for more protection, calling for safety measures such as bag searches and security guards.

The Year 12 student is in a stable condition in hospital, where he is expected to remain overnight.