Stricken women’s retailer Bardot will close dozens of stores across Australia as it struggles to find a buyer.

Stricken women's retailer Bardot will close dozens of stores across Australia as it struggles to find a buyer.

The company went into voluntary administration in November, and will now shut most of its shops across the country.

Some outlets have already closed.

It is not known how many of the more than 600 staff it employees will lose their jobs.

In November, CEO Basil Artemides said the firm was "no longer viable" in its current structure amidst growing competition in a "highly cluttered" domestic market.

"Despite double-digit growth in online sales, and our highly successful expansion into the US and Europe, Bardot's retail stores in Australia are competing in a highly cluttered, and increasingly discount-driven market," he said in a statement.

"We acknowledge the potential impact that these changes may have on our team members and remain committed to open and timely communication with our stakeholders as KPMG undertakes its assessment." 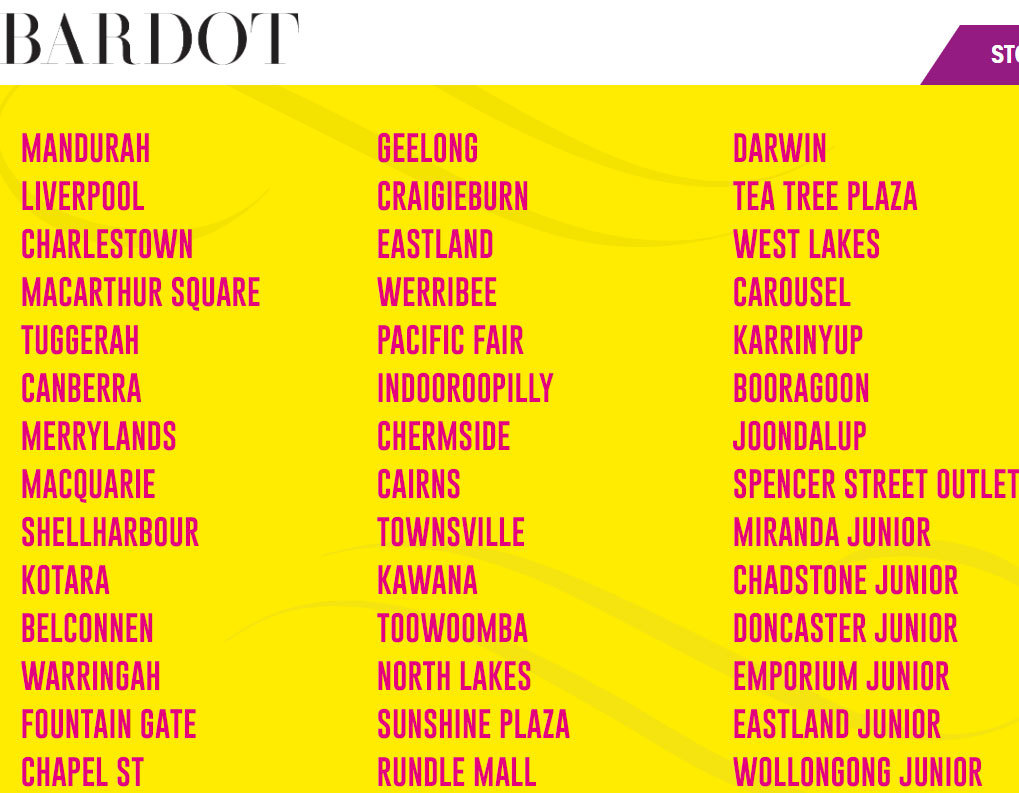 On the retailer's website it announced a closing down sale at selected stores, with discounts of up to 80 per cent.

It lists 42 shops across the country will close.

The company launched in 1996 and was started by designer Carol Skoufis in Melbourne.

"The key to Bardot's success is getting the latest look of the moment on the shop floor first," it says on its website.

"Bardot has become the destination for women who wear fashion, with a bit of attitude that is always on the money."