After six weeks at sea on a leaky yacht with a hard-drinking Panamanian skipper, the Aussie couple are halfway through an epic sailing voyage across the Pacific Ocean in an effort to finally get home.

After six weeks at sea on a leaky yacht with a hard-drinking Panamanian skipper, the Aussie couple are halfway through an epic sailing voyage across the Pacific Ocean in an effort to finally get home during Australia's pandemic lockout.

Now in Tahiti, Mr Shepherd and Ms Ilic are searching for a replacement skipper and sea worthy vessel to make the final 6000 kilometre push for Brisbane. 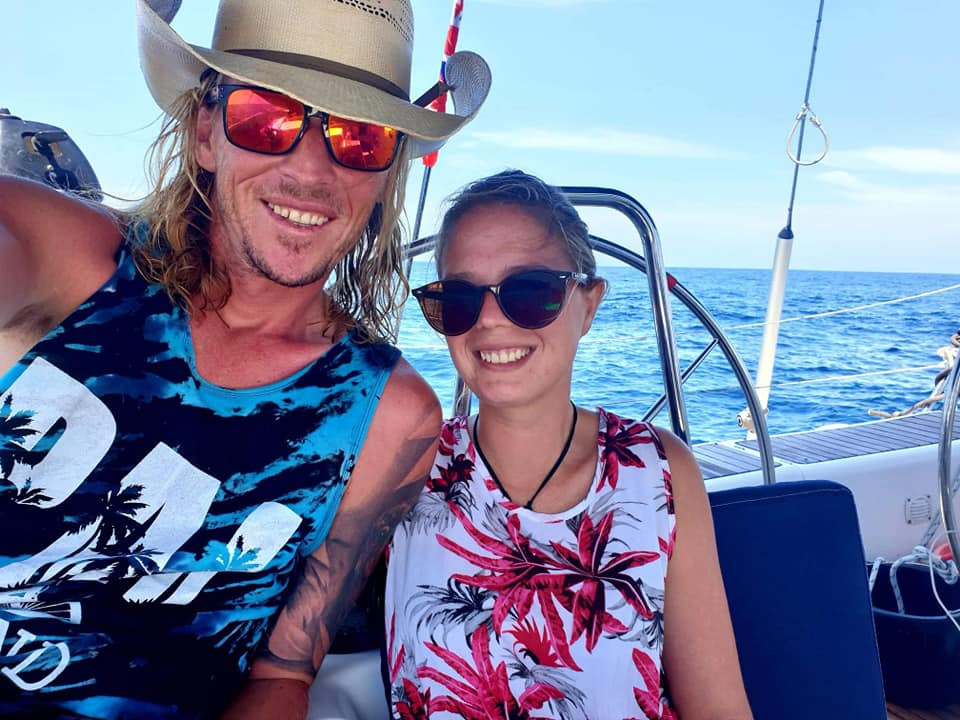 Locked out of Australia for months because of COVID pandemic, the stranded couple felt they had no option other than to try and cross the world's largest ocean to be reunited with friends and family.

Speaking with nine.com.au from "a little piece of paradise" in Pape'ete, Ms Ilic revealed what had transpired on their eventful and ultimately ill-fated journey since setting sail from Panama City on March 15.

"We had a few hiccups along the way," Ms Ilic said.

The original plan was to sail with their skipper through Marquesas Islands, on to Tahiti then New Caledonia and finally Brisbane.

With zero sailing experience, Ms Ilic and Mr Shepherd were the only two crew members onboard the 14-metre yacht.

It turned out their four hands were very much needed on deck.

"After about two days at sea ... everything started to break," Ms Ilic said.

The bilge pump system broke down, which meant long and arduous periods of emptying buckets of sea water from the hull every day and an emergency stop in the Galapagos Islands.

"Between Panama and Galapagos, we emptied 356 buckets of water," Mr Shepherd said.

"We couldn't use the bilge pumps because all our electronics on the boat went out, the navigation systems went out." 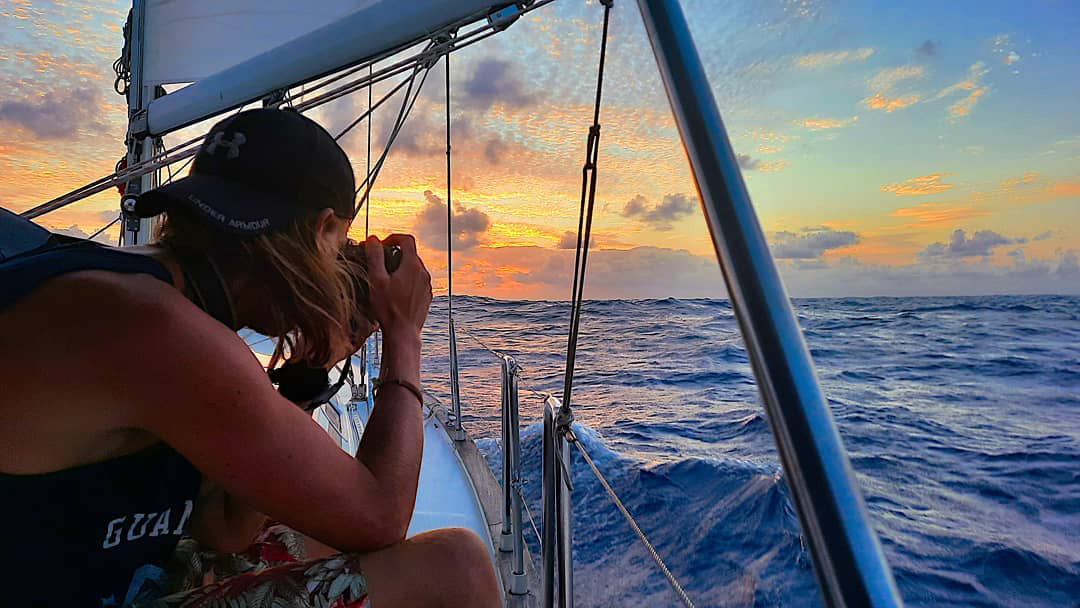 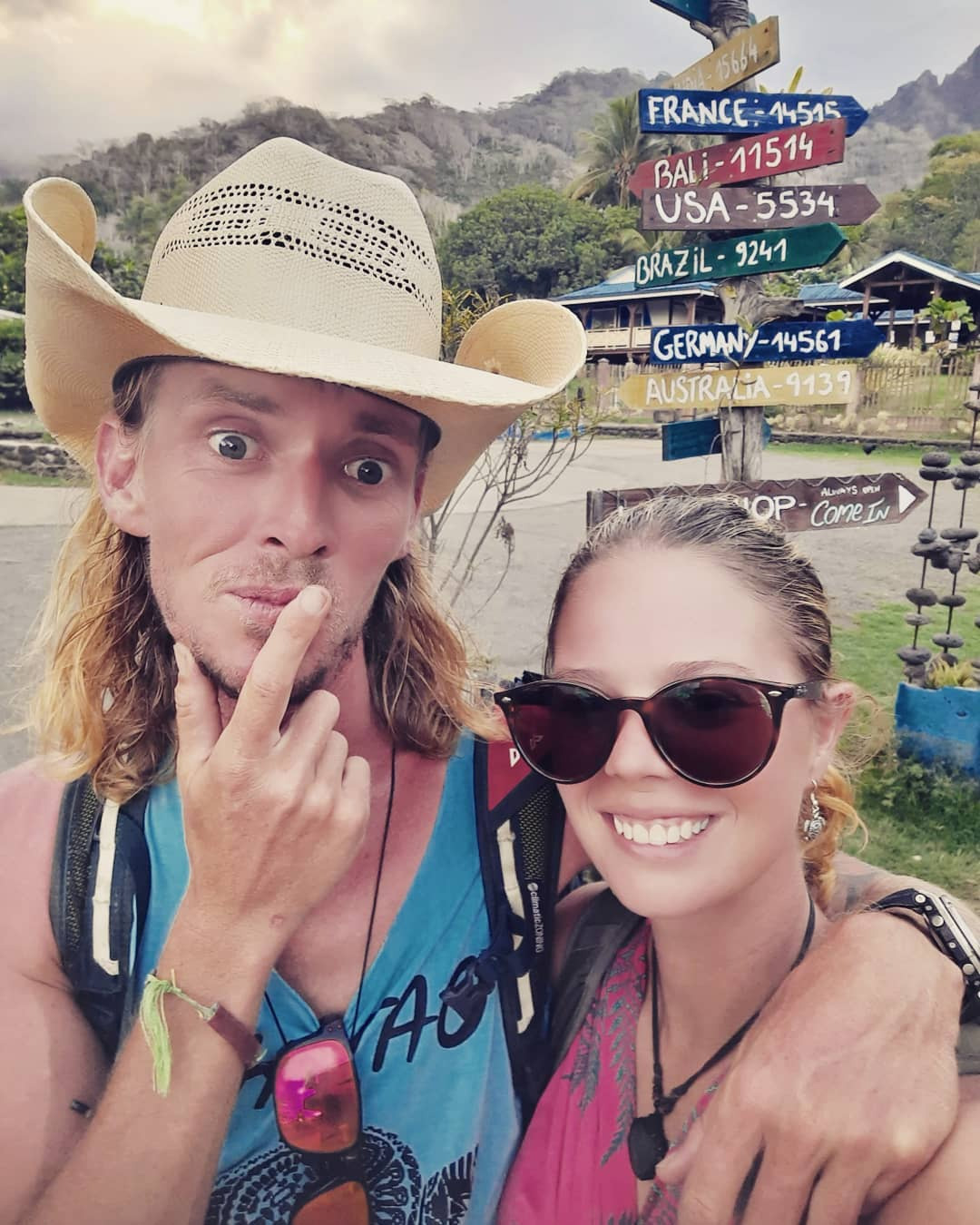 The Panama skipper and his wide-eyed crew were left to navigate the vast Pacific with an iPad.

"Essentially that's the point we decided that Galapagos was where we had to make a stop," Mr Shepherd said.

After two days of emergency repairs in the Galapagos, the yacht pushed off for the Marquesas Islands, 5400 kilometres to the west.

But within a day, Ms Ilic said, the electronics went out again.

"There was just so much water," she said.

"It was just passing buckets up the stairs and then Jake's tipping them over the edge.

"Every day there was just more. We were doing it five times a day, if not more."

About 15 days into the journey, things got worse, as diesel also began to leak into the hull.

"It's a pretty bad thing when you're looking at the Pacific Ocean, in the middle of nowhere," Mr Shepherd said.

"Worried would definitely be the word I'd use for it, (but) Tamara for some reason wasn't."

Without electronics, the yacht had no radar, no lights and no radio communication.

From a distance, they would occasionally see another ship pass by in the distance.

"I had faith in our bucket emptying abilities," Ms Illic said.

But there were upsides too.

"I've travelled around the world a couple times," Mr Shepherd said, "but some of those days were visually the best I've ever seen in my life."

At one time the yacht was moving in tune with a school of dolphins as far as the eye could see, he reckoned.

The night skies, too, were mind-blowing.

"The most stars I've ever seen," Ms Illic said, also describing sightings of whales, sharks, turtles and an abundance of sea birds.

Once they reached the Marquesas Islands waters, Mr Shepherd and Ms Illic realised they were actually illegal.

"We came in clandestine because our names weren't on the crew register," Mr Shepherd said.

After approval from local police, the gendarmerie, they stepped off the boat.

Local authorities ruled the boat derelict and forced it into dry dock, meaning the Aussie couple parted ways with their skipper.

READ MORE: Instagram for kids under 13 'stepping stone to get children hooked' 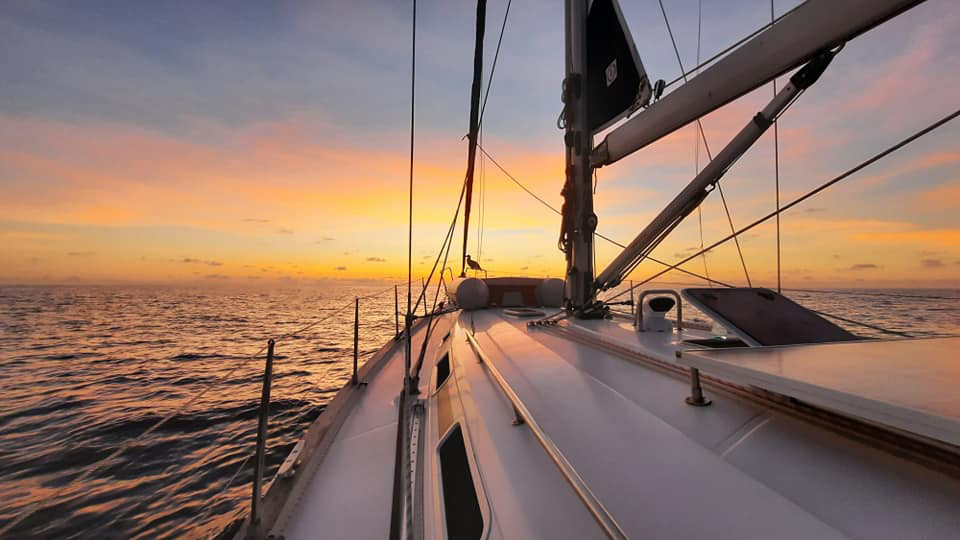 A local Marquesasian took the Aussie couple under his wing and let them stay at his house while they worked out a new plan.

Mr Shepherd paid a trip to the dentist, where a troublesome tooth was removed by pliers.

"He had a pair of multi-grips," Mr Shepherd said.

"I thought he was joking."

Tooth pulled, the couple boarded a plane for a short flight to Tahiti, where they are now looking for a new yacht and skipper to sail them back to Brisbane.

Unable to return home since Australia locked its borders, the couple have dug into their super. 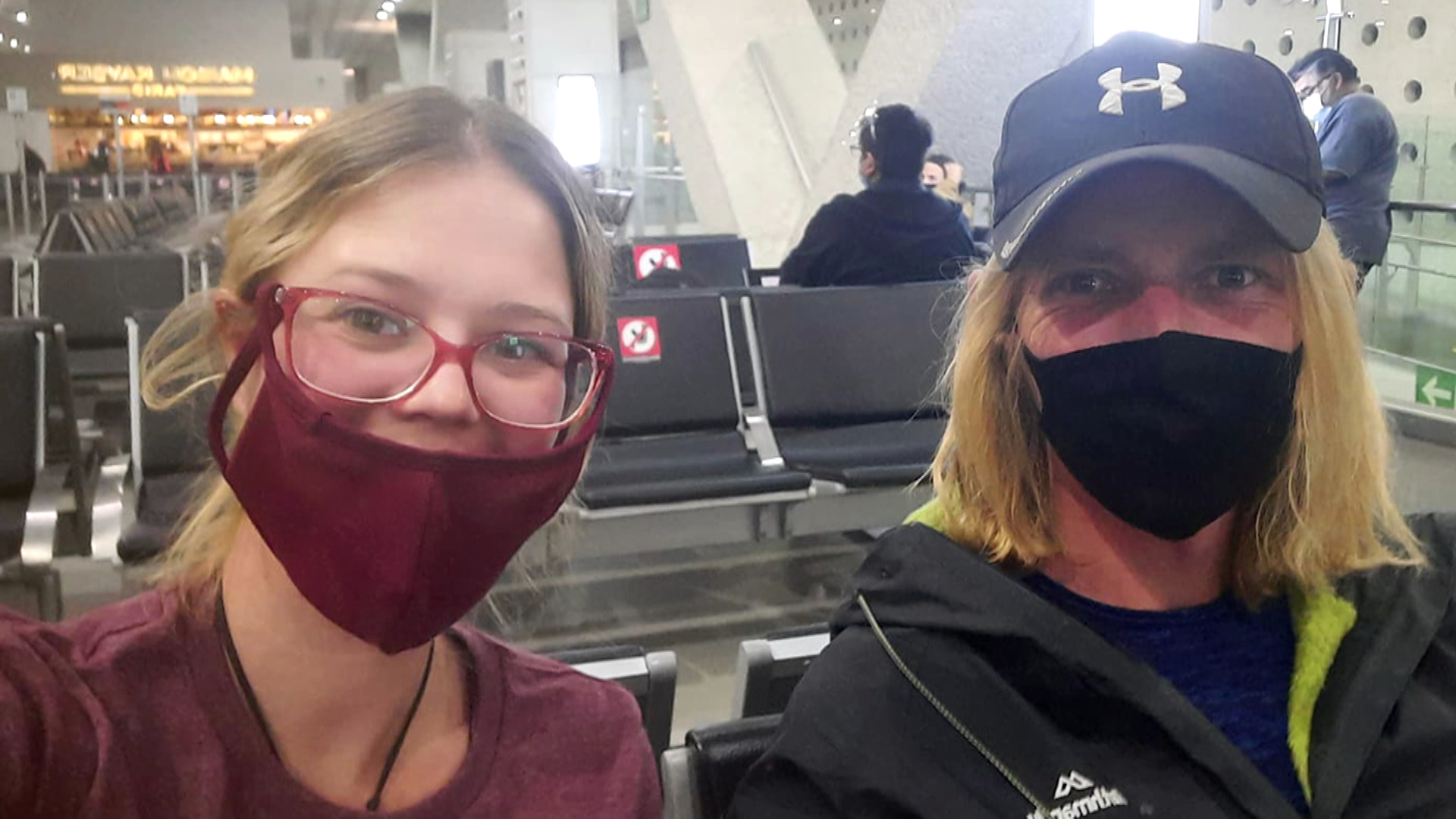 Mr Shepherd said his hopes were raised by Prime Minister Scott Morrison last September, when he promised to get stranded Australians home for Christmas.

"I just didn't understand which Christmas he was talking about."

The pair hope to sail straight for Brisbane or journey in through the Fiji Islands.