Hurricane-force wind gusts and hail the size of baseballs could accompany potent storms that also threaten to drop tornadoes and drench the US South with heavy rains.

Hurricane-force wind gusts and hail the size of baseballs could accompany potent storms that also threaten to drop tornadoes and drench the US South with heavy rains, forecasters say.

The national Storm Prediction Center says more than 18 million people in Louisiana, Arkansas, Texas and Oklahoma will be at an enhanced risk of storms that could include strong tornadoes and flooding rains. 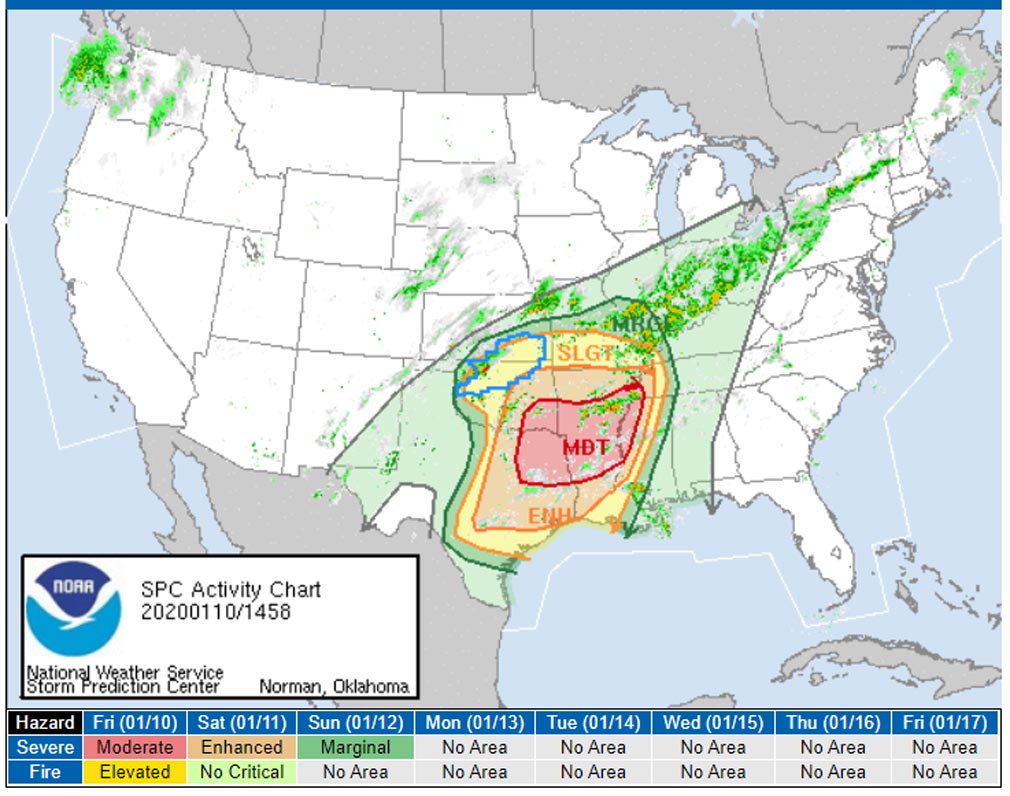 In a briefing early Friday, the National Weather Service said the storm could bring wind gusts of up to 129 km/h or faster, the speed of a Category 1 hurricane.

Such strong winds are a key concern in an area at greatest risk: a zone that includes parts of Texas, Oklahoma, Louisiana and Arkansas, the Norman, Oklahoma-based Storm Prediction Center warned.

"We could see some very strong tornadoes – possibly those that may stay on the ground for some time – not just the brief spin-up tornadoes," said Matt Hemingway, a weather service meteorologist in Shreveport.

"All modes of severe weather appear to be in play with this system, including the threat of tornadoes in addition to large hail and damaging winds," forecasters at the weather service's Shreveport office said in a briefing on the incoming system.

Wicked weather also will pose a threat to Alabama and Georgia as the system moves eastward on Saturday, forecasters said. 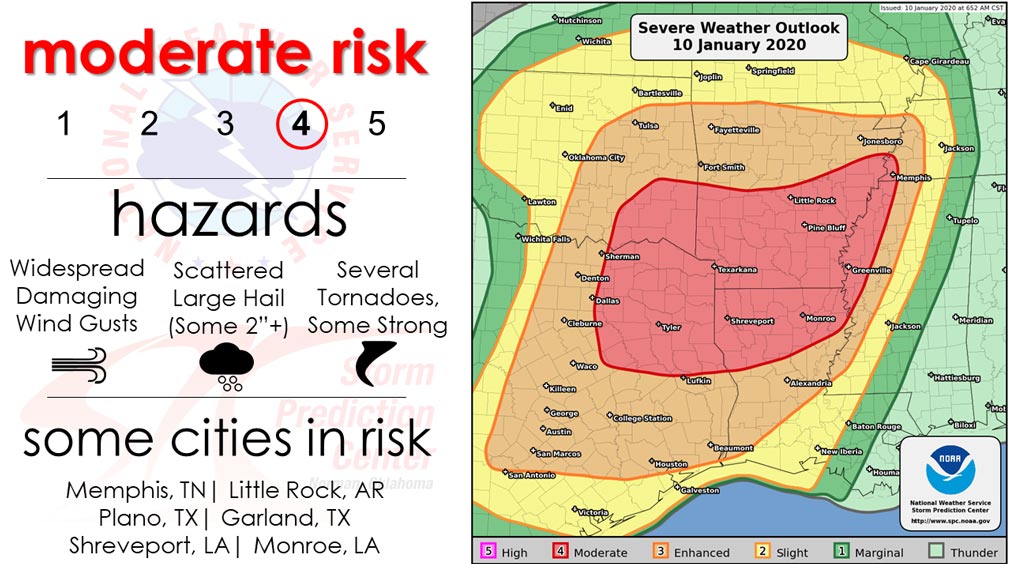 Heavy rains also could cause flooding across the South and part of the Midwest.

The latest forecasts call for up to 10cm of rain in parts of Texas and southeast Oklahoma, according to the National Weather Service.

Many streams already are at or near flood levels because of earlier storms, and heavy rains could lead to flash flooding across the region, forecasters said.

Parts of Texas, Oklahoma, Arkansas, Missouri and southern Illinois were under a flash flood watch on Thursday in anticipation of the drenching rains.