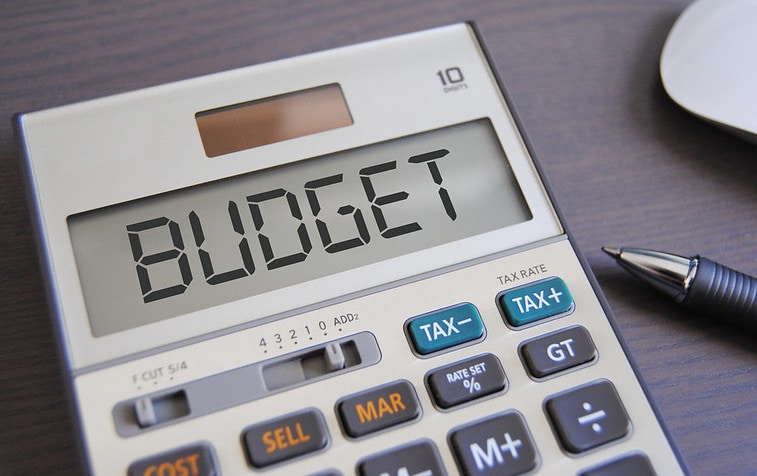 Much discussion is taking place around the state of the Tasmanian government’s budget. Things kicked off after the release of the mid-year update, with the Liberals doing their best to spin the figures as a positive and opposition also finding plenty to dine on. With the Treasurer now the Premier, any effective criticism of the […]

Much discussion is taking place around the state of the Tasmanian government’s budget. Things kicked off after the release of the mid-year update, with the Liberals doing their best to spin the figures as a positive and opposition also finding plenty to dine on.

With the Treasurer now the Premier, any effective criticism of the budget is going to be damaging to the government’s credibility; a beleagured Treasurer will soon look like an administration in crisis.

Labor have speculated that that’s the reason recent leadership challenger Michael Ferguson was handed the portfolio of Finance. This will provide a ‘human shield’ in the form of another senior figure to offer some cover for Peter Gutwein.

The attention-grabber in the  update was the projection of state debt blowing out to a projected $1.4 billion over the forward estimates.

“The Liberals broke a massive promise to Tasmanians by pushing the budget towards $1.4 billion in debt, with no pathway to recovery,” said Shadow Treasurer David O’Byrne last week. He picked up on a special transfer payment of $70 million out of Hydro Tasmania.

“The new ‘special dividend’ demand is a panicked move, that siphons money from government businesses and undermines their sustainability.” He claimed it was like using a new credit card to pay off an existing credit card. “Everyone knows that doesn’t change your true financial position, but Peter Gutwein still thinks he can pull the wool over people’s eyes using this dodgy accounting trick.”

And the point is that without that $70 million the budget would not have its wafer thin surplus of $10 million.

READ:  Australian Greens Save the Koala Bill more important than ever after NSW Govt’s capitulation to National Party

Labor were indulging in a ‘festival of whingeing’ he said. Some of us prefer Dark MOFO and Festivale, but each to his own.

“Labor’s record is not so rosy, however, and Mr O’Byrne should be reminded that it was his party that…” went on Ferguson. His avoidance of talking about the hard numbers was noticeable. His rhetoric was a checklist of the usual Liberal buzz words, thus: “We will continue to manage the state’s budget responsibly and sensibly, making decisions in the best interests of Tasmanians, to grow the economy and invest record amounts in the essential services Tasmania needs, including Health.”

The government appears to believe there is mileage in O’Byrne bashing. Just yesterday Ferguson (again) reprimanded him over the fact “six years in Opposition, Labor has still not delivered a single costed alternative Budget.” Yes, well. Alternative budgets are pretty things with which to decorate the politic-economic landscape, but outside of an election period the public is simply not very interested. In the cold light of 42 south, it’s only the figures of the government of the day that matters.

For an interpretation of the actual numbers we are – once again – indebted to John Lawrence. Upon Will Hodgman descending the throne, Tasmania’s astutest financial observer ran his eye over the legacy. It is blistering reading.

“The mischievously titled surpluses conveniently ignore a lot of capital spending, including large equity contributions into government businesses, many sourced from capital grants from the Feds which are included as income when received,” writes Lawrence. “A pretend surplus doesn’t provide a buffer as Mr Gutwein is always claiming, the latest time  being just the other day when he released the RER and told us  how he’s ‘kept the budget in surplus – forecasting for the fifth year in a row – and that means more money to invest in essential services that Tasmanians need.” Only a cash surplus does that as any Accounting 101 student knows.”

READ:  Man left for dead after gang attacks him with machete

So how bad is it?

“The Revised Estimates Report (RER) for 2019/20 issued on 11th February 2020 indicates cash deficits will increase markedly. Over the next four years, including the current year 2019/20, the Gutwein government will spend $1.8 billion more than it will receive. This year for every $100 received we will spend $108. Next year the figure will be $110. That’s three times more than the projected level of overspend inherited in 2014. That’s the Hodgman legacy.  The budget has not been fixed. Problems have been papered over and the can kicked down the road for six wasted years.”

The key observation is that the government’s cash reserves are diminishing, and quickly. Very soon, internal borrowings will no longer be enough to keep the show on the road. The government is postponing the inevitable external borrowing until 2020/21, in part by continuing to squeeze government businesses such as Hydro and TT Line by forcing them to pay special dividends where it can.

There are few options other than borrowing. The 2019/20 budget tabled in May 2019 sought to find $450 million of cost savings over four years. The Revised Estimates Report indicates only $300 million of savings were identified, leaving a shortfall of $150 million. With the ‘easy’ trimmings having already been made, there is only political pain ahead if the government wishes to reduce spending.

With the government’s credibility very much tied up a ‘successful’ Treasurer, it is increasingly difficult for them to have the frank discussion we need to have. They either need to admit things are not going well, and in doing so effectively end whatever there is of Peter Gutwein’s honeymoon period, or continue with the ‘it’s all rosy’ front that does not address the underlying issues.

We are set for an interesting time leading up to the 2020 budget.

Alan Whykes is Chief Editor of Tasmanian Times and a former Australian correspondent for the Indonesian paper Republika. Find him as @whykesTT on Twitter.