Star Wars actor Kelly Marie Tran has spoken out about the reaction to her character’s reduced role in the most recent film in the sci-fi saga.

Kelly made her debut as Rose Tico in the 2017 film The Last Jedi, a role she reprised in Episode IX: The Rise Of Skywalker, which was released last year.

However, many fans were disappointed that after being part of one of many o-going storylines in The Last Jedi, Kelly’s screentime was dramatically cut in the follow-up, prompting the hashtag #RoseTicoDeservedBetter to trend on Twitter. 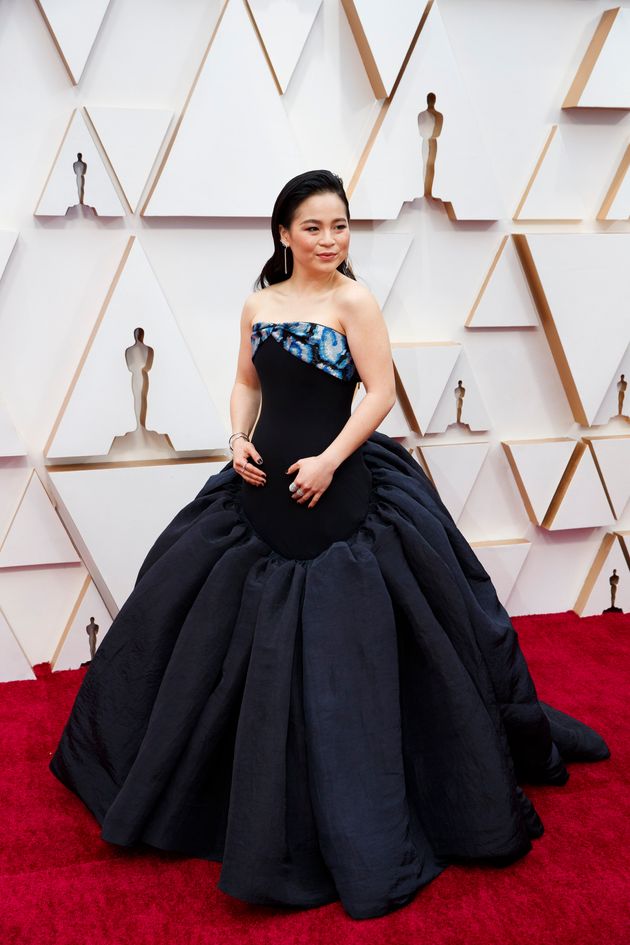 “Last Jedi was my first movie, you know?” she told MTV on the red carpet at the Oscars, when asked about fans’ disappointment to her character’s limited screentime. “So I think I’m finally starting to realise that when you’re in something of that calibre, there’s so many people working to make something out of love.

“And no matter what you do, there’s always gonna be people that aren’t happy with that.”

Asked whether she was “happy” with how her “part ended up”, Kelly added: “I think that… I’m really just amazed at the way that JJ [Abrams, the film’s director] was able to sort of wrap up all these incredible stories.

“There were so many characters. You know? And at the end of the day I got to be part of something bigger than me, and that’s really special.”

On the #Oscars red carpet, @joshuahorowitz caught up with 'Star Wars: The Rise of Skywalker' star Kelly Marie Tran about fans' reactions to her role in the film pic.twitter.com/dDlHc7bLUz

Responding to the backlash back in December, The Rise Of Skywalker co-writer Chris Terrio said: “One of the reasons that Rose has a few less scenes than we would like her to have has to do with the difficulty of using Carrie’s footage in the way we wanted to.

“As the process evolved, a few scenes we’d written with Rose and Leia turned out to not meet the standard of photorealism that we’d hoped for… those scenes unfortunately fell out of the film.”

He added: “The last thing we were doing was deliberately trying to sideline Rose. We adore the character, and we adore Kelly – so much so that we anchored her with our favourite person in this galaxy, General Leia.”

Kelly’s character was not well-received by some fans, and she eventually decided to leave social media after receiving relentless abuse, including racist and misogynistic comments.

She later penned a moving op-ed for The New York Times﻿, detailing the humiliation and hardships she’d suffered throughout her life as a woman of colour in America.