A family from Western Australia who went on holiday to India for six weeks in February are still trapped there five months later, with flights out impossible to get amid the coronavirus lockdown.

A family from Western Australia who went on holiday to India for six weeks in February are still trapped there five months later.

Liz and Darren Klein and their children Jasmine, 12, and Jessica, two, have been confined to a hotel room in Delhi for weeks, with no idea when they'll be able to come home.

Now Prime Minister Scott Morrison has announced a cap on flights into Australia after issues with hotel quarantine, it's set to become even more difficult - and expensive. 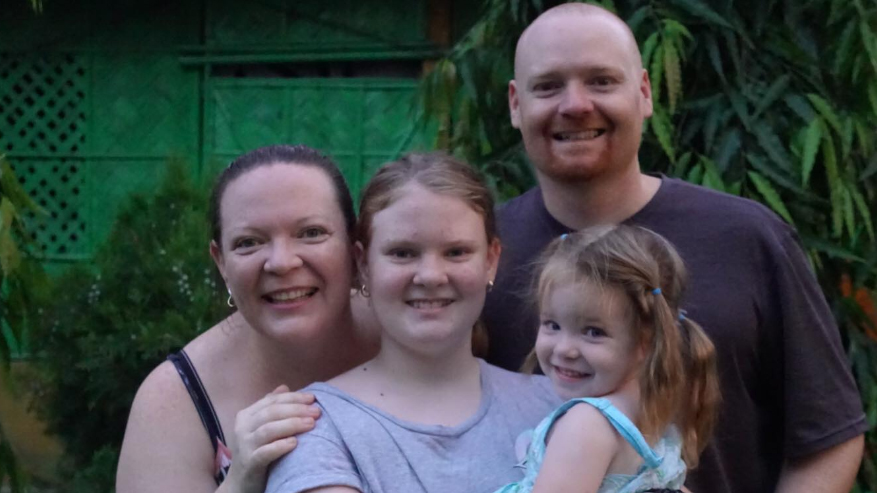 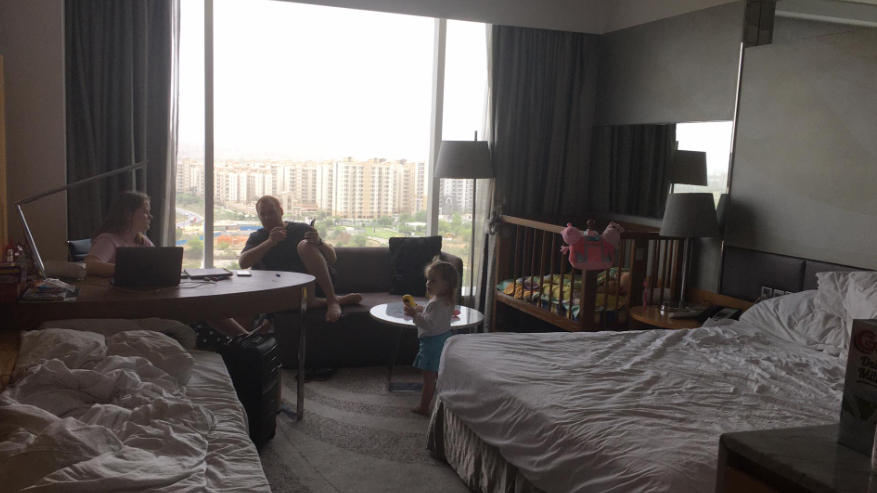 The Kalgoorlie couple has already spent almost $20,000, much of their life savings, so far and have no income.

When they do get home to Western Australia, they'll now likely have to pay up to $5000 for hotel quarantine.

They're angry at Mr Morrison's suggestion Aussies overseas have had "plenty of time" to get home.

Mrs Klein, 40, a nurse and midwife, said they feel abandoned. 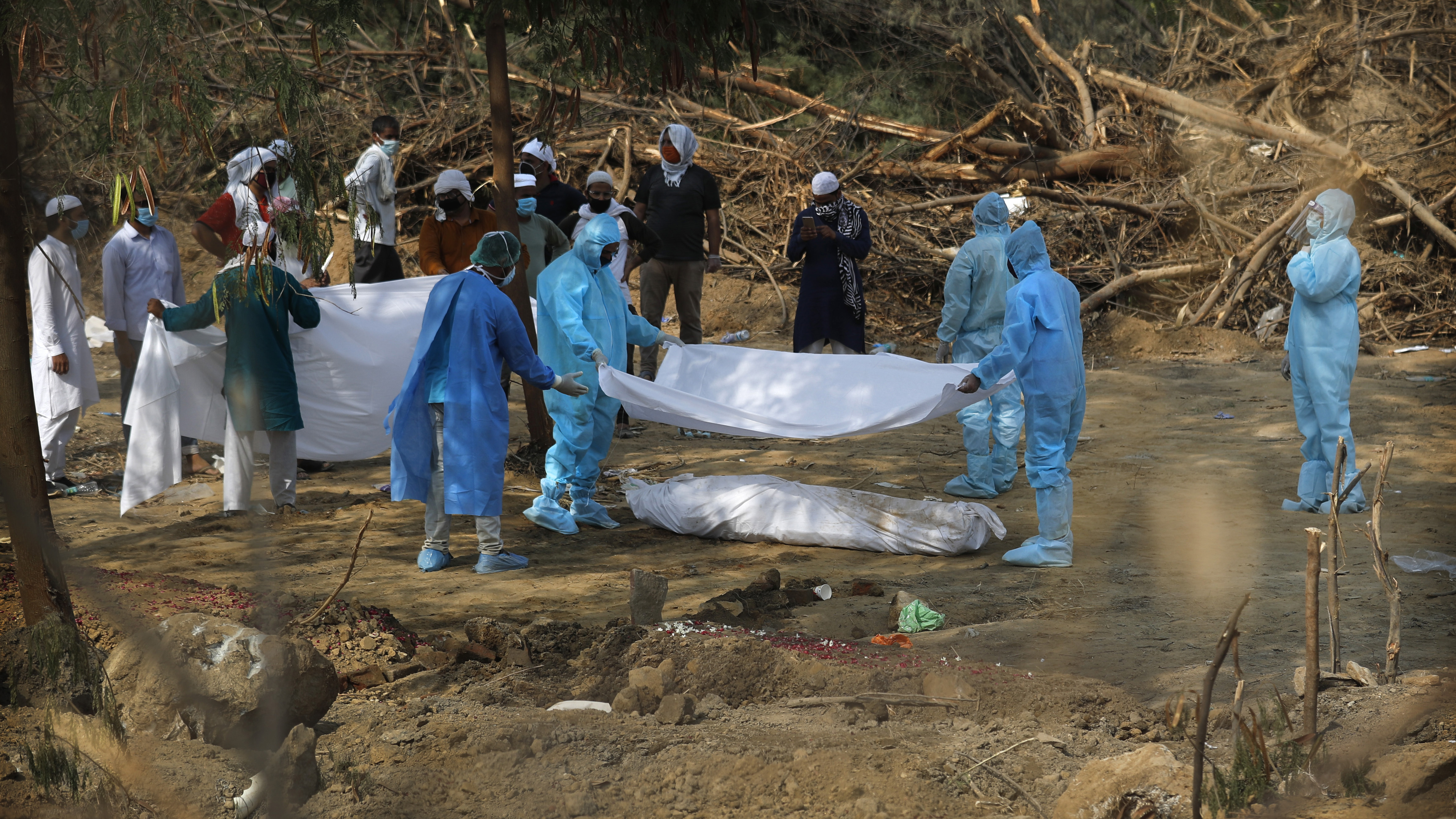 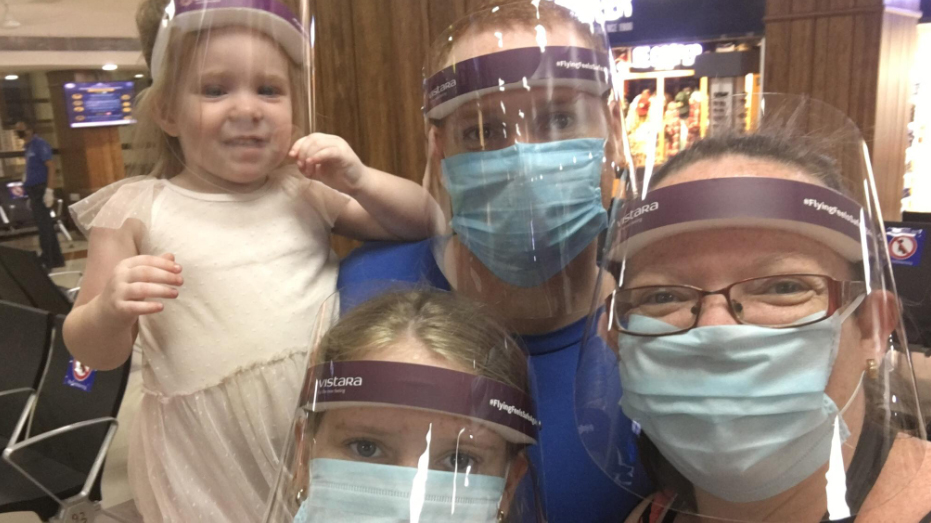 "I just didn't think that the government would abandon us. It's their job to get us home, we're Australian citizens," she told 9news.com.au.

"Because the lockdown happened quickly there were no options. We couldn't even get to the city to get a flight.

"The politicians really have no idea.

"I understand they're trying to protect the people in Australia but we're trying to do everything in our power not to take the virus home." 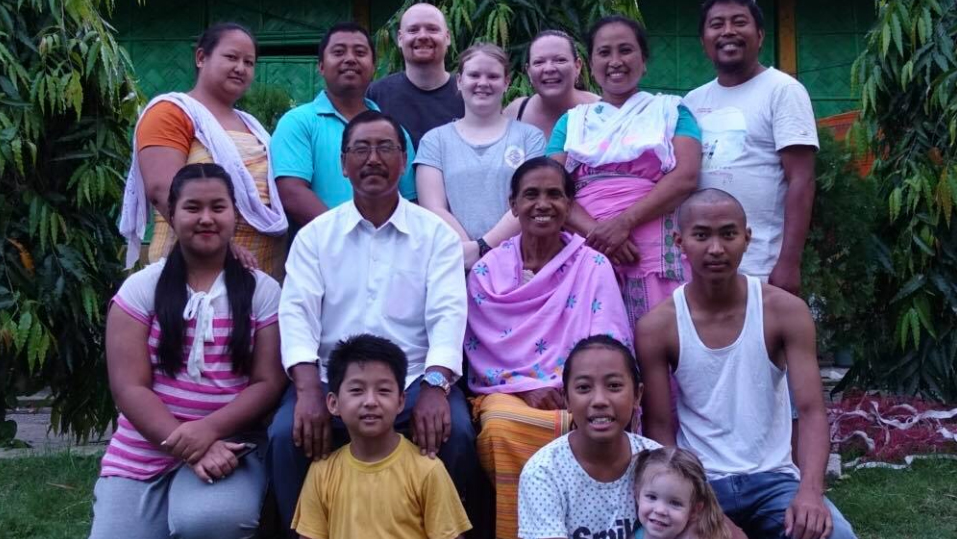 When the lockdown happened in India, the family were in a village close to the Bhutan border.

The sudden move came just hours after Australia told its citizens to get home.

They were there to help the needy, and it was the second time they'd visited, previously helping to build a well.

They were then planning a visit to the iconic tourist attraction, the Taj Mahal, before flying home in April. 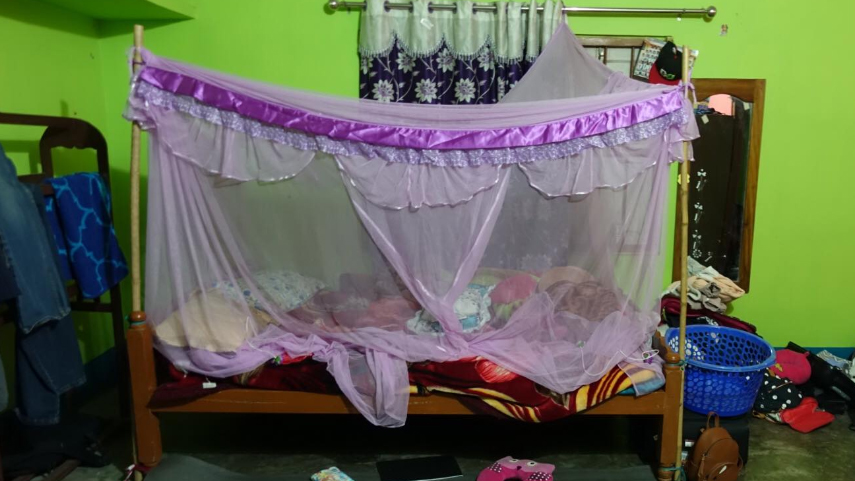 The family was 2000km from the nearest major city, and all flights were cancelled.

Initially they were trapped in the village, and while their friends there took care of them, tensions were increasing and conditions were primitive.

"There's huge numbers of people who are sick, and there's the violence," Mrs Klein said.

"Especially at the beginning, Indian residents would go out and the police would just beat them with bamboo sticks. 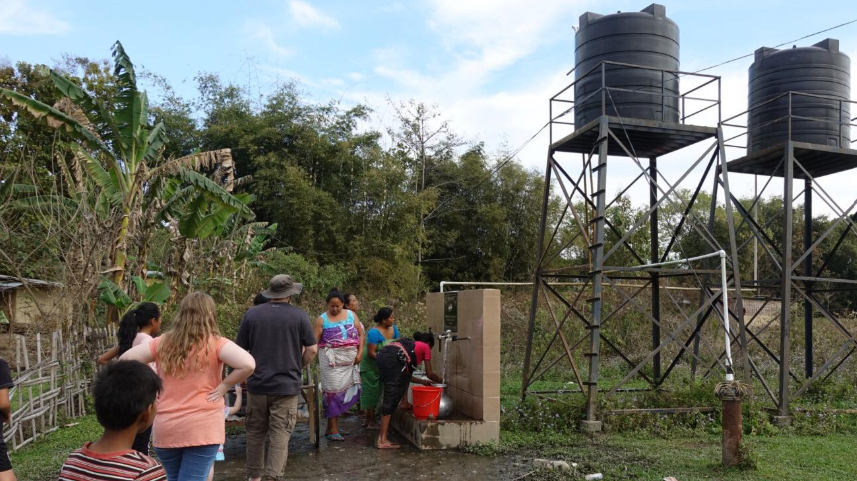 "One police officer died, one lost his hand, there's just a lot of violence.

"We had to tell the police whenever we went out, and we were always with our Indian friends."

TRAPPED IN A HOTEL ROOM IN DELHI

The family finally left the village and flew to the city of New Delhi last month, but there's still no way of getting home.

All commercial flights, including two they'd booked, have been cancelled, with the country in lockdown until the end of the month at least. 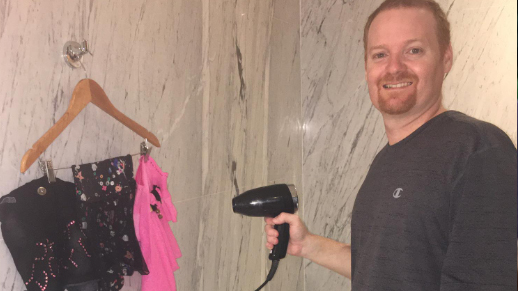 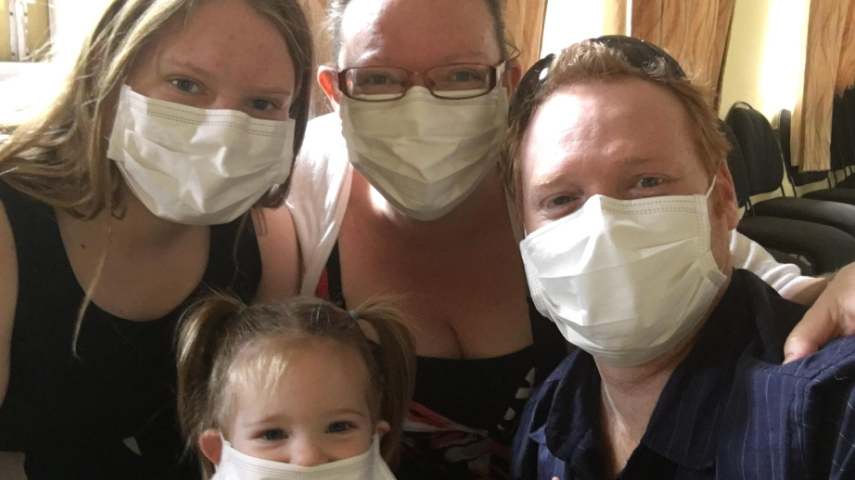 The family say there have been special flights to Australia, which Air India is sending to bring its own citizens home.

They say some Australians have managed to get on them - but they sell out instantly.

They're also impossible to book without an Indian credit card.

Plus, this week Australia's High Commissioner to India, Barry O'Farrell, tweeted most of those planes will fly to Australia empty, because of the new caps.

And while they're now staying at an international hotel, they say it's not safe to go outside as people fear they might have the virus because they stand out, and it's too hot for the children to even play in the hotel's playground for long.

The power also goes off a few times a day. 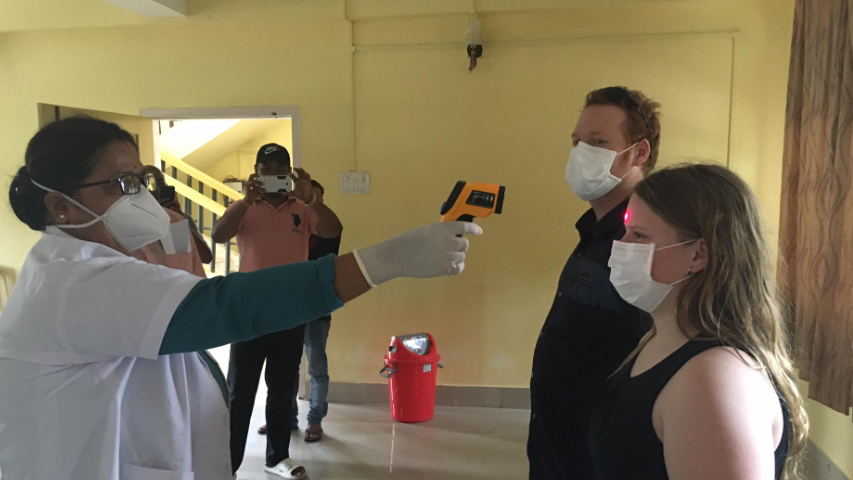 The country has even converted old railway carriages into hospitals.

Jasmine has missed months of school and Mrs Klein said they're all struggling to cope. 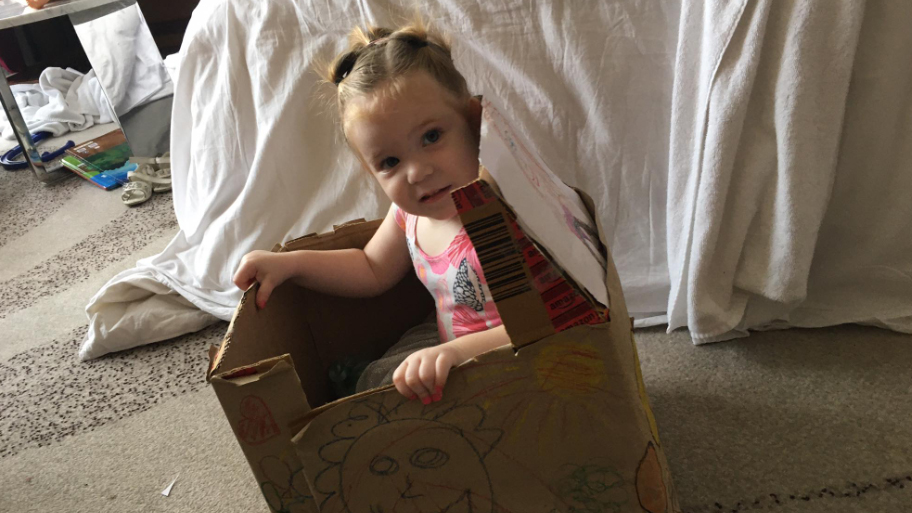 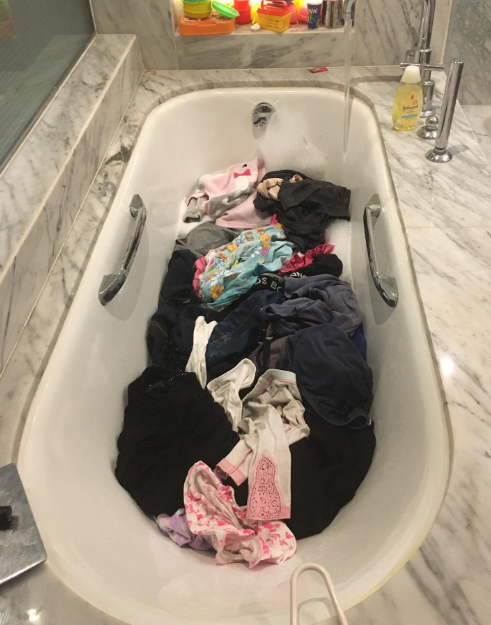 Mr Klein has been forced to go onto a casual contract in his mining job as he was on annual leave, while Mrs Klein only gets paid when she works.

"It's really hard mentally," she said.

Mr Klein called on the Australian Government to get Qantas to fly them out, as it has in other countries such as Japan earlier in the pandemic.

He said the Australian High Commission in India just tells them they're a "priority".

"Liz said (to the Commission), 'what happens if we run out of money - do you have beds at the embassy?' They said 'we'll put you on a priority list,'" Mr Klein said.

"Nothing's working for us to get home."

HUNDREDS OF AUSTRALIANS STUCK IN INDIA

The Klein family are not alone. 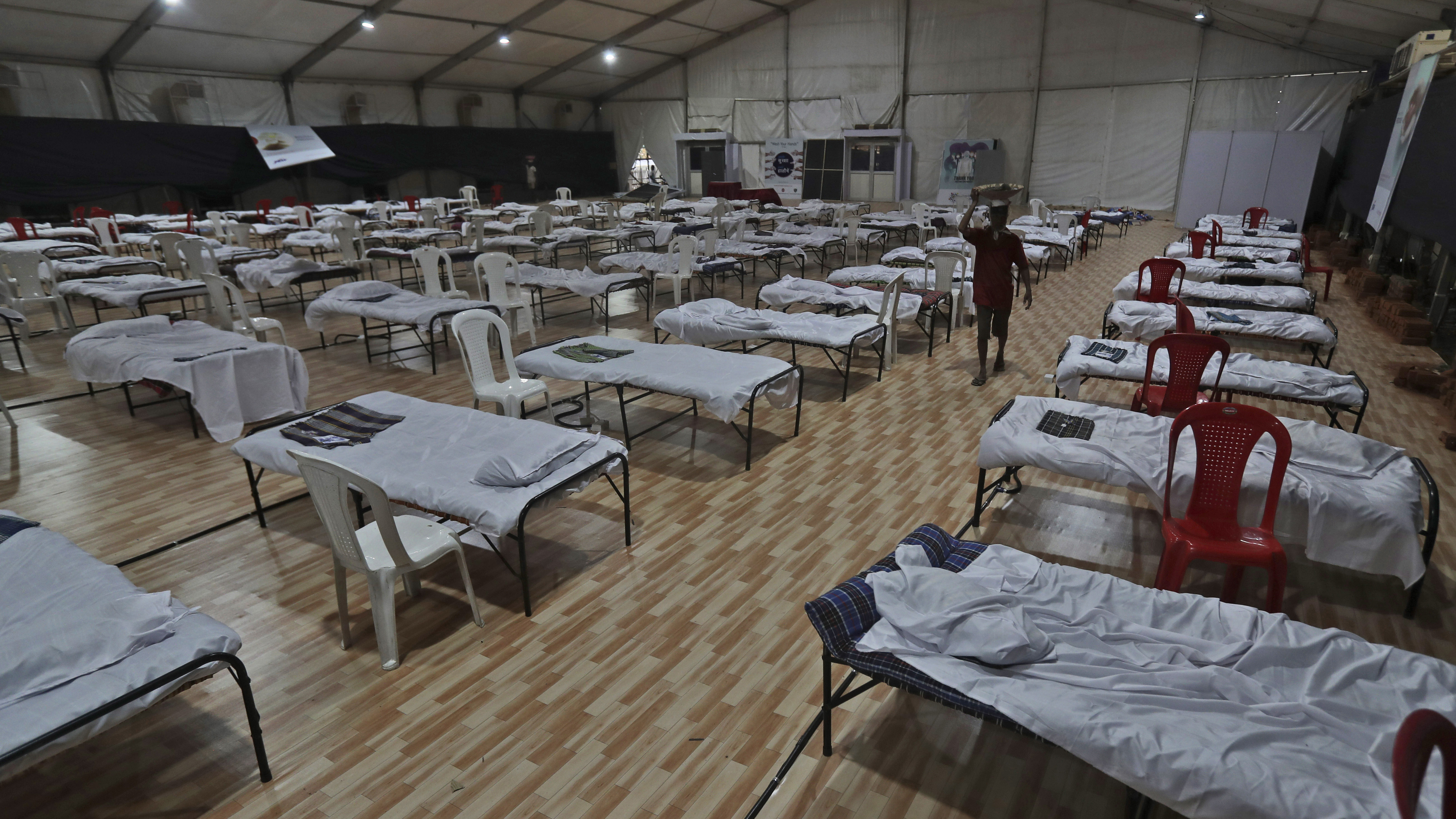 Facebook group Australians Stuck in India has posted a list of 500 Australians desperately trying to get home, and there could be many more.

They include Australian citizens and permanent residents who had travelled to see sick or dying family members, other people on holiday or visiting for events such as weddings, as well as students and workers who lived in Australia on temporary visas. 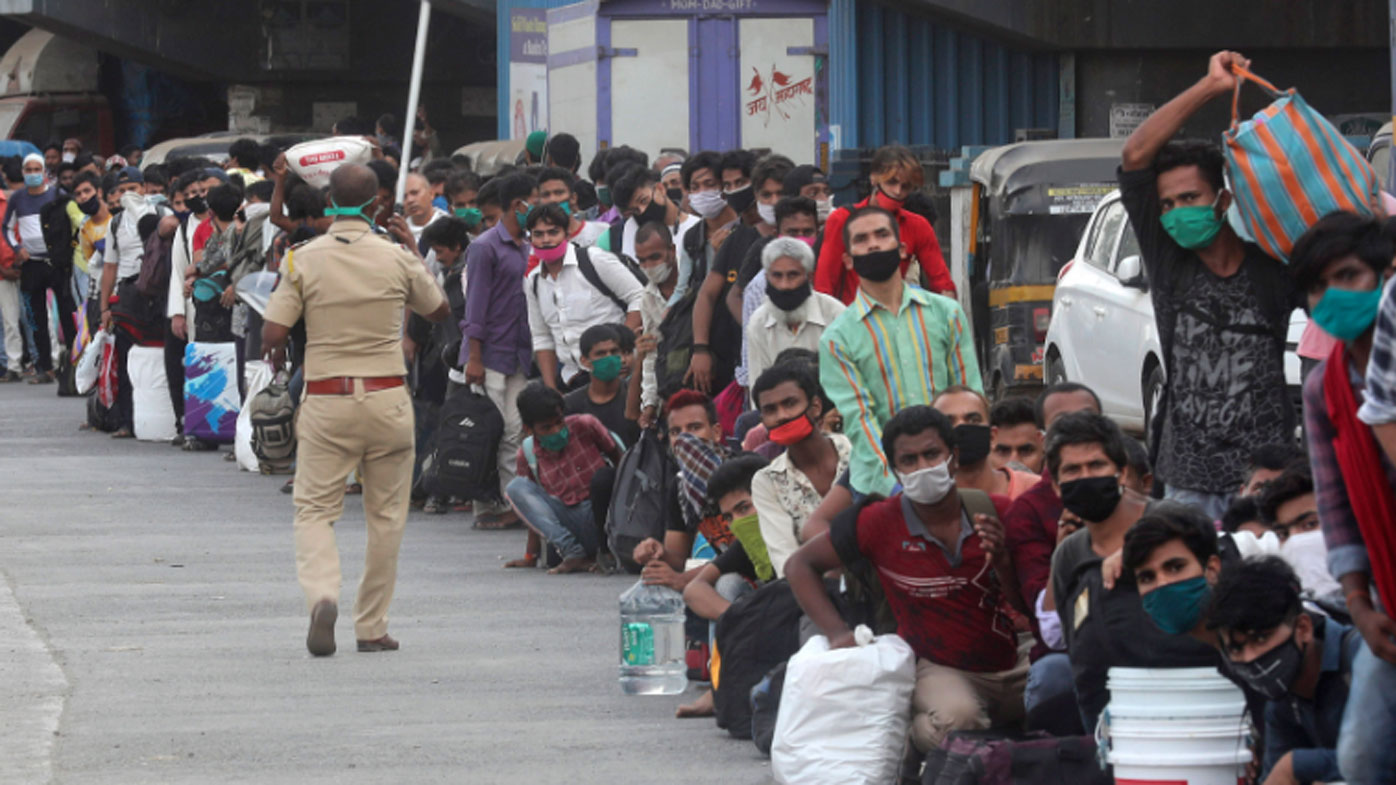 Health WA told 9news.com.au it has not yet finalised plans or rules for hotel quarantine in the state.

People who booked flights before a certain date can avoid the fee, depending on the state.

A Department of Foreign Affairs and Trade spokesperson said: "There remains a large number Australians and their families who have registered an intent to return to Australia with the Australian High Commission and Consulates in India. 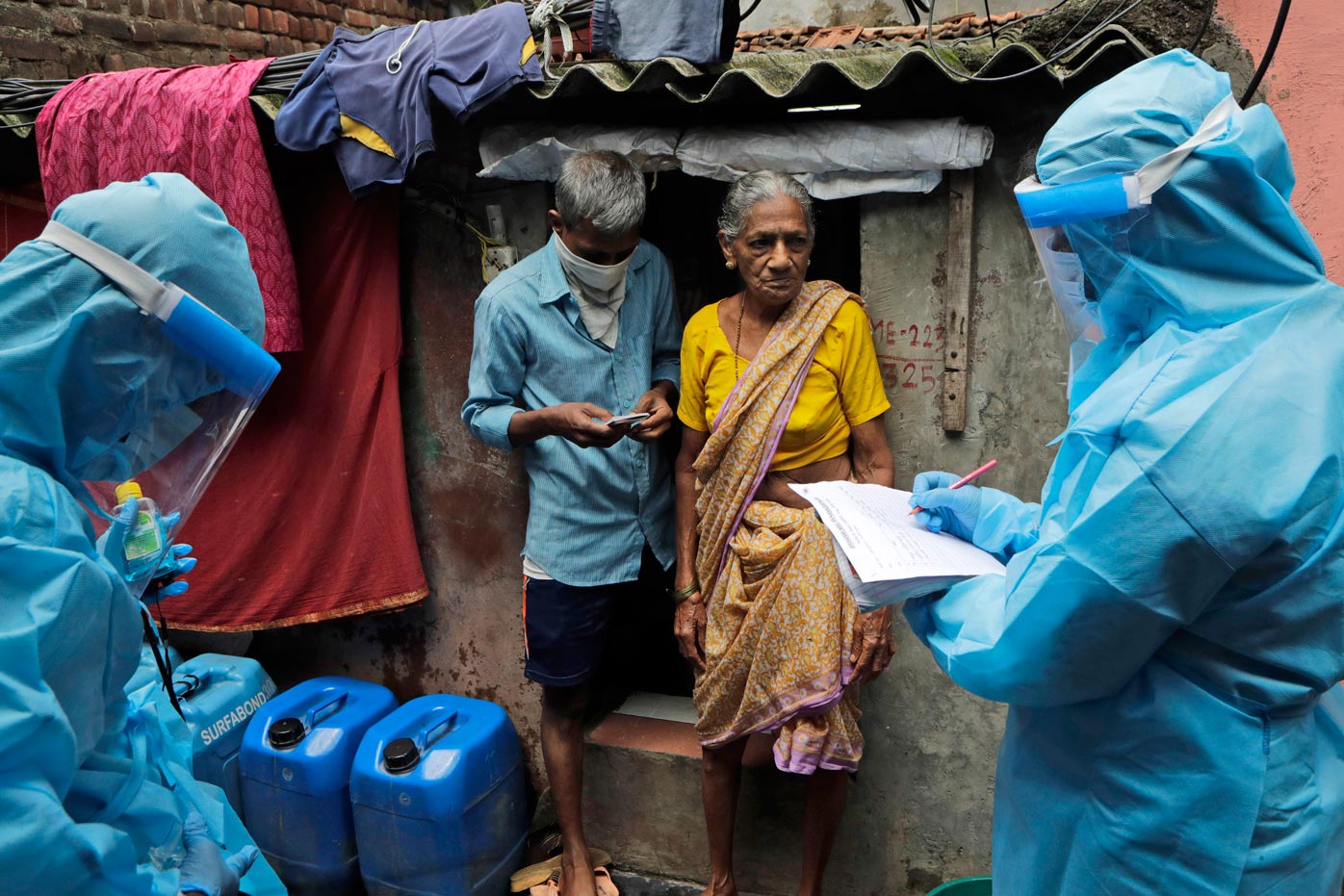 "7642 people have departed India on 39 flights supported by the Department of Foreign Affairs and Trade.

"Any future updates for Australians in India regarding flights will be passed to those who have registered their details with the Australian High Commission in New Delhi.

"We encourage Australians in India to monitor Smartraveller and the social media of the Australian High Commission in New Delhi."