Superyachts are usually made to stand out, but this new cutting-edge concept is quite the opposite – designed to blend into the background.

Superyachts are usually made to stand out, but this new cutting-edge concept is quite the opposite – designed to blend into the background.

The 164-feet HIDE isn't likely to sail out of the shipyard anytime soon given the current coronavirus crisis, but it could well be on the order books as soon as things look brighter.

Devised – before the pandemic – by yacht designer Anna Borla, the vessel concept is tailored with huge reflective glass panels that mirror whatever natural setting it happens to be passing through. 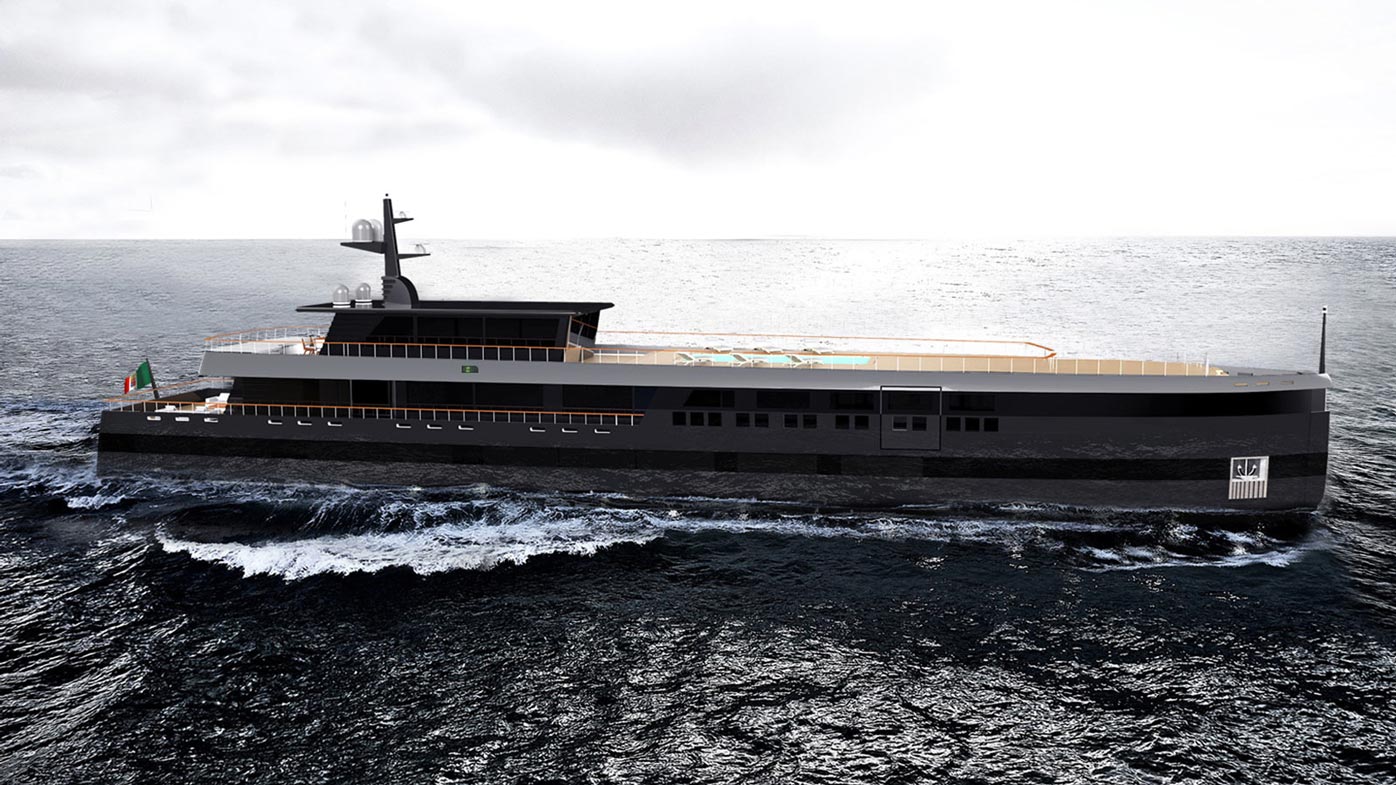 This is to offer privacy to guests, as well as emphasise the encompassing environment, according to Ms Borla, a finalist in BOAT's 2020 Young Designer of the Year awards.

"HIDE wants to blend in with the environment around her," Ms Borla said, explaining the aim is to "give importance" to the scenery the superyacht moves through, rather than the vessel itself.

But while the focus may be pointed on the backdrop, HIDE's sleek features are arguably just as impressive as any dramatic landscape.

The superyacht, can accommodate up to eight people, is fitted with a huge bow that allows for an expansive top deck with a pool, sunloungers and a removable canopy.

The main cabin, situated on the main deck, incorporates a master bedroom with two balconies, a studio, ensuite bathroom and a dressing room.

There's also a gym and spa area, which can be entered via an electric "hatch" on the top deck, onboard along with two guest cabins, two VIP cabins and a beach area.

HIDE's flat structure allows for photovoltaic solar panels, which Borla plans to add to the roof of the wheelhouse to facilitate a hybrid propulsion system.

The designer, who estimates the vessel will operate at a cruising speed of around 14 knots and a maximum speed of 18 knots, has also opted for furniture made with recycled textiles, while accounting for space to store lithium batteries.

"She [HIDE] is a perfect combination of luxury, relax and performance, with an eye on sustainability," Ms Borla told CNN Travel.

Although Ms Borla came up with the concept for yacht design contest Rossinavi Design Challenge, Italian twosome Gianluca Bina and Mirko Opran were ultimately crowned the winners for their Model Maker Group design, which means there's no guarantee we'll see the HIDE concept become a reality just yet.

However, Ms Borla has received a lot of interest since the competition, and is hopeful the project will be picked up by a shipyard.

If it were to be chosen, she says the vessel would take around two years to construct.

HIDE is one of several exciting superyacht projects to be unveiled over the past few months.

In January, Italian shipyard Codecasa revealed plans for Codecasa Jet 2020, a 70-metre vessel that looks like a floating jumbo jet.