Residents across two Australian states have been stunned by an unidentified flying object, believed to be a piece of space junk, spotted soaring across the sky

Residents across two Australian states have been stunned by an unidentified flying object, believed to be a piece of space junk, spotted soaring across the sky tonight.

Residents in regional Victoria flocked to social media to share their videos.

The object, which was seen over Ballarat and spotted as far as Colac, appears to be heating up as it enters the atmosphere, leaving a trail of bright fluorescent light behind it. 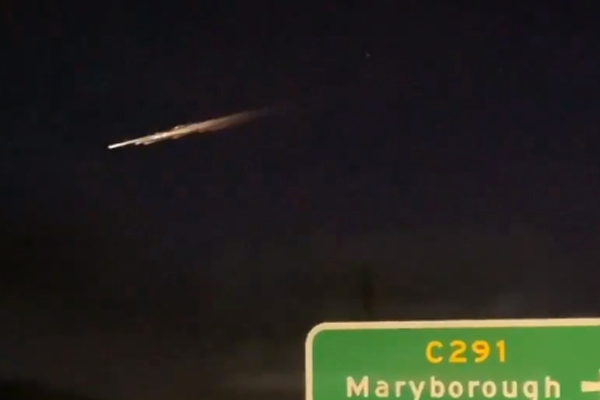 The object could also be a meteor caught in the pull of Earth's gravity.

It appears that same glowing object was also seen across the skies from as far away as northern Tasmania.

More incredible footage from the island state has been shared online.

While there is yet no confirmation as to what the object may have been, some on social media speculated it was a disintegrating satellite, shooting star, or the product of another life form.

"Pulled over to film it but it went behind hills. Was very slow moving and looked like a massive meteor shower.

"Totally weird. I'm not watching Independence Day or War of the Worlds tonight!" 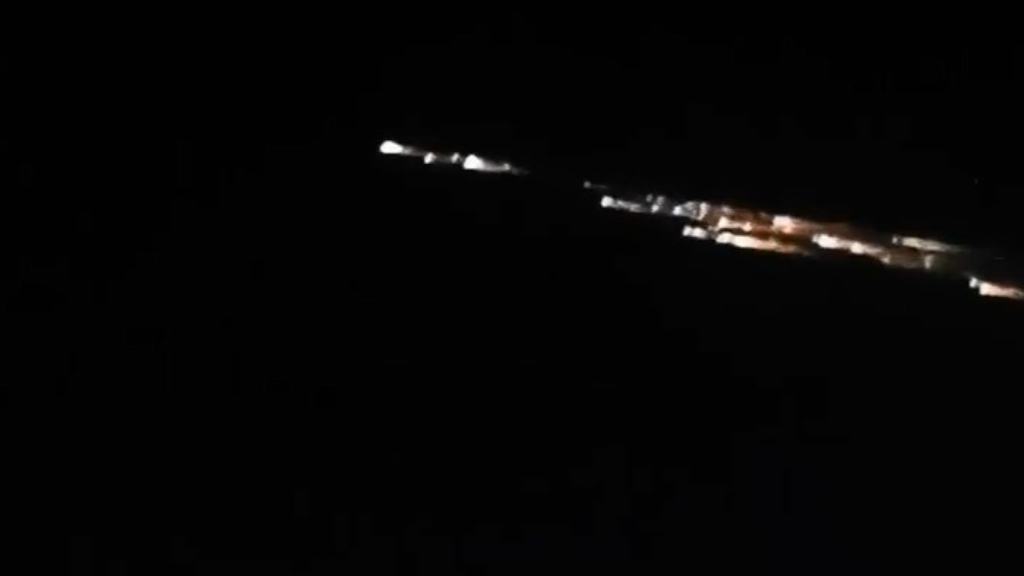 What is a meteorite?

"Space rocks" ranging in size and have generally collected their size from comets, other asteroids or moons and planets are only given the name meteorites after they enter the Earth's atmosphere, NASA says.

"When meteoroids enter Earth's atmosphere, or that of another planet, like Mars, at high speed (they) burn up," according to NASA.

"This is also when we refer to them as 'shooting stars'.

"Sometimes meteors can even appear brighter than Venus - that's when we call them 'fireballs'.

"Scientists estimate that about 44,000 kilograms of meteoritic material falls on Earth each day."