People in Brisbane have come under fire for blatantly disregarding social distancing measures at a popular market in the city on Saturday.

Large crowds were seen attending the Jan Powers Powerhouse Farmers' Markets in New Farm bustling through narrow lanes of stalls in the face of the coronavirus pandemic which has led to 873 COVID-19 cases in Queensland.

"The message still falling on some deaf ears," Nine News Brisbane reporter Reece D'Alessandro tweeted with a photo of market-goers.

D'Alessandro reported that Queensland Police arrived at the scene and were "speaking with stall-holders and market organisers".

Similar scenes were captured at West End markets in Brisbane too.

On the Jan Powers Powerhouse Farmers' Markets' Facebook page after 1pm on Saturday, organisers announced that they would be now "limit" those attending.

"A decision was made during the week to go ahead with the markets based on the advice provided by our local council and the QLD State Health Officer. We have been urged to remain open," the statement from the market's director Astrid Gates, read.

"All steps were taken to ensure the safety of our staff, stallholders and customers.

"In discussion with the Police this morning it has been recommended that we limit the numbers entering the market at any one time as with the procedures that are going to be adopted by the supermarkets - and we will be reviewing the logistics of these and any other further measures during the week.

"We are ultimately trying to support the 70 - 90 small business - the farmers who rely on us for their livelihood."

The market was classed as an "essential service" under the state and federal government's new rules due to the sale of fresh produce, but this week market organisers posted on their Facebook page directions for customers that attend to "come in, get what you need, be quick".

They also advised customers that they would still need to remain at least 1.5 metres from one another. 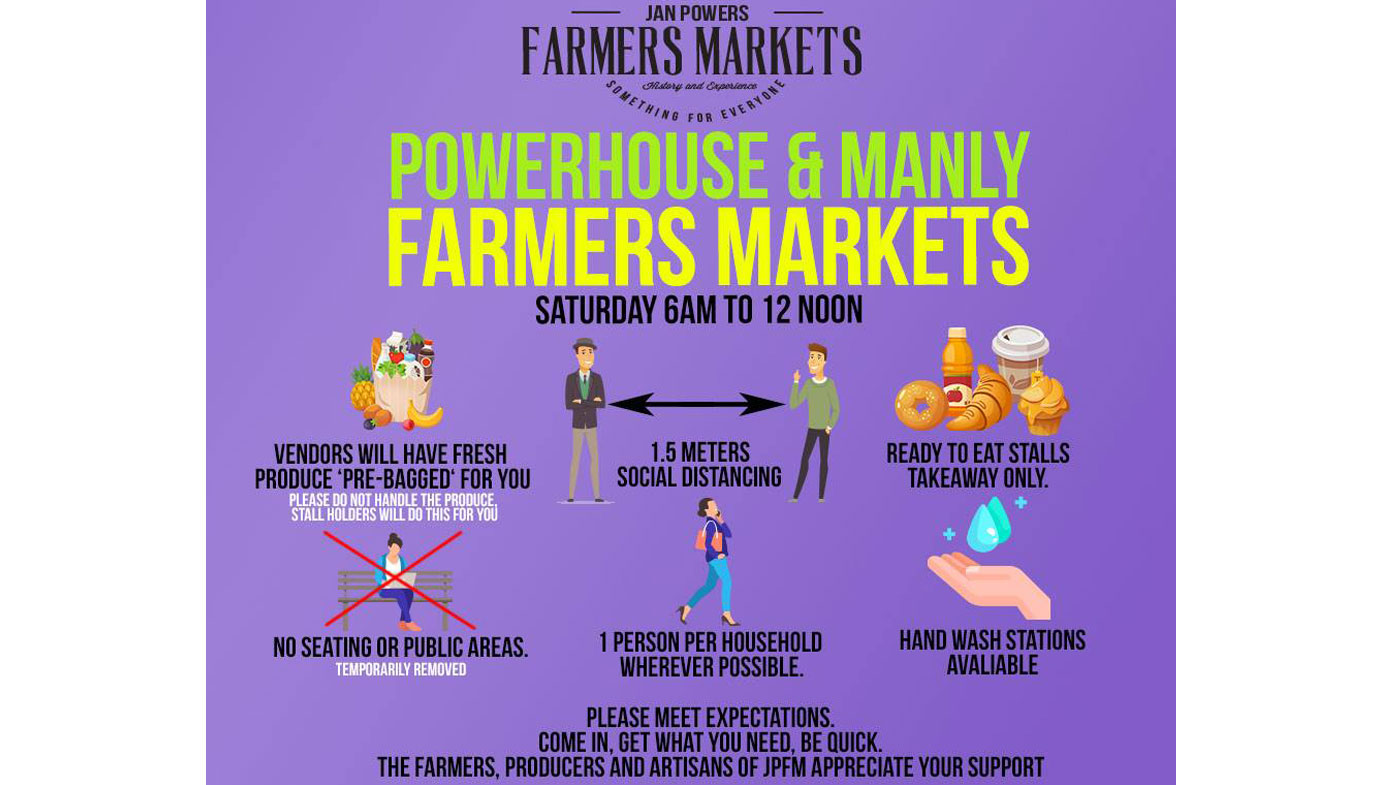 As part of the market's control measures fresh food sold would be pre-bagged, ready-made food would be for takeaway only and no seating or loitering around the market would be permitted.

However the large group of people in attendance at the market was a rare sight when the nation is trying to contain the spread of the highly infectious disease.