Two Queensland snake catchers got more than they bargained for when they were called to their latest job.

Two Queensland snake catchers got more than they bargained for when they were called to their latest job.

When the snake catchers arrived at the property, they found several male snakes fighting for the attention of a female snake. 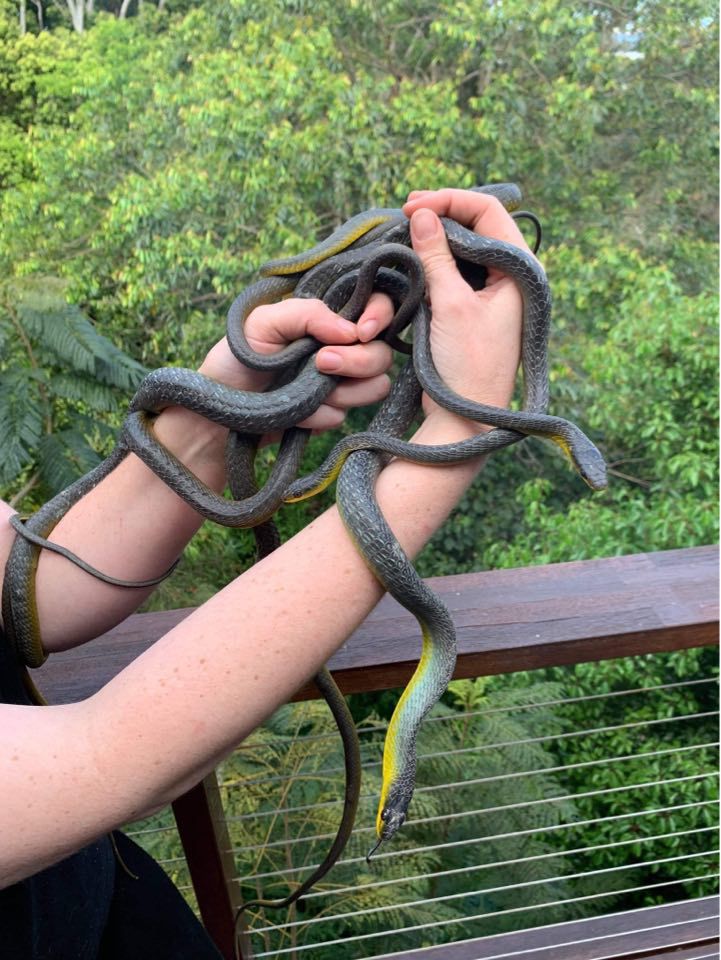 "Not something we see every day," Wild Encounters said on Facebook.

"We can nearly count on one hand how many times we have seen this in over 10 years. 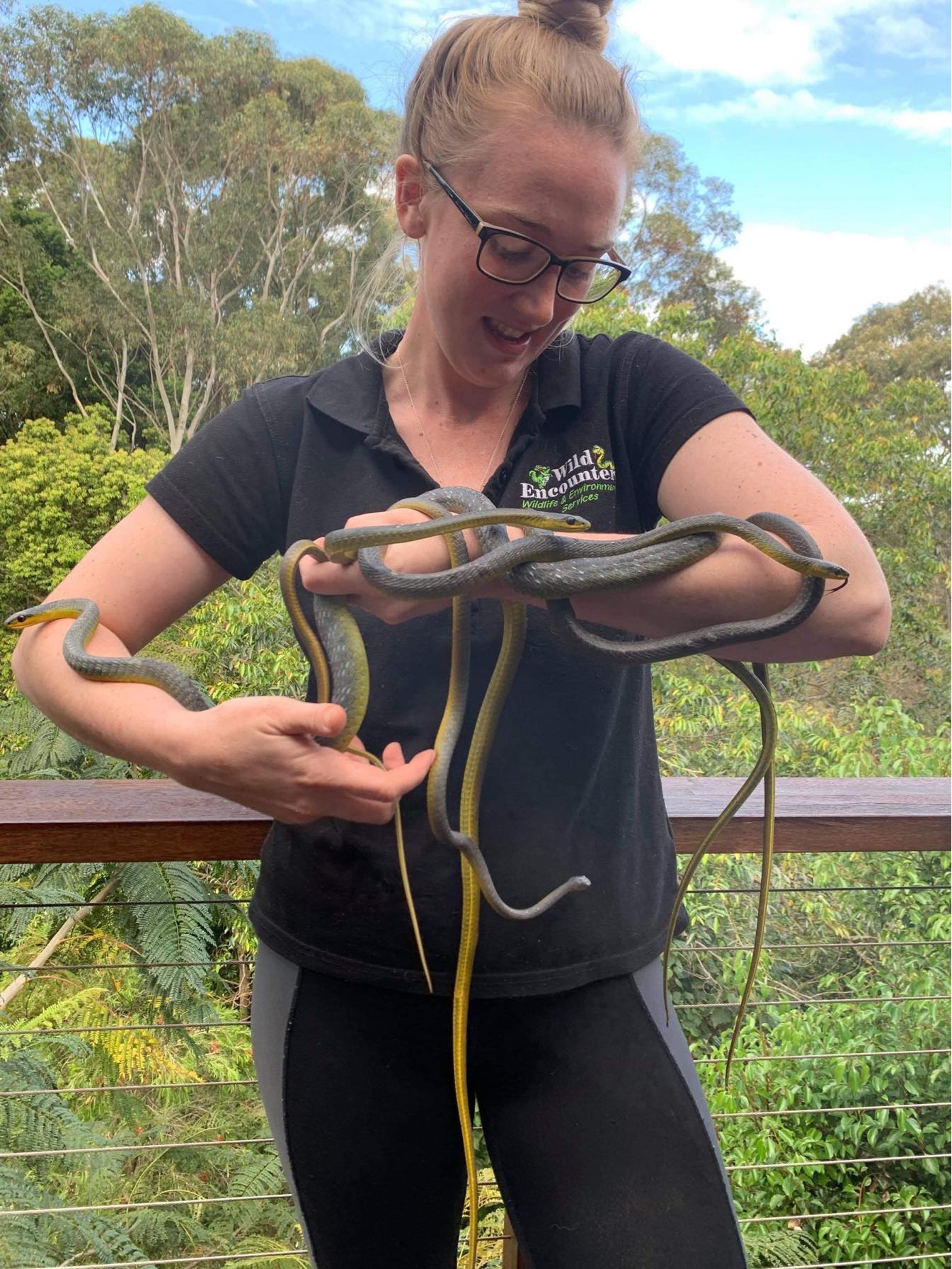 One of the snake catchers told the property owners the most snakes they've discovered at a home is seven.

"Anything over three is pretty high," the snake catcher said.

Common Tree Snakes can bite but they are not venomous.

If you find snakes at your home, call a licensed snake catcher for assistance.