Smoke which has blown over from Victorian bushfires in the past fortnight may also have rendered many of the 40 tonnes worth of grapes currently on one property’s vines unusable.

For Mark Holm, there is too much at stake not to remain at his family's winery when the threat of bushfires spreading into their northeast Victorian town looms.

The winemaker is ready to defend Ringer Reef in Porepunkah, and join his parents Bruce and Annie in protecting their home behind its vineyard, if embers from a fire burning near Abbeyard make their way to the property.

As wind picked up yesterday afternoon, and a plume of smoke from the fire reared its head over the Mount Buffalo National Park's ranges, it seemed possible they might. 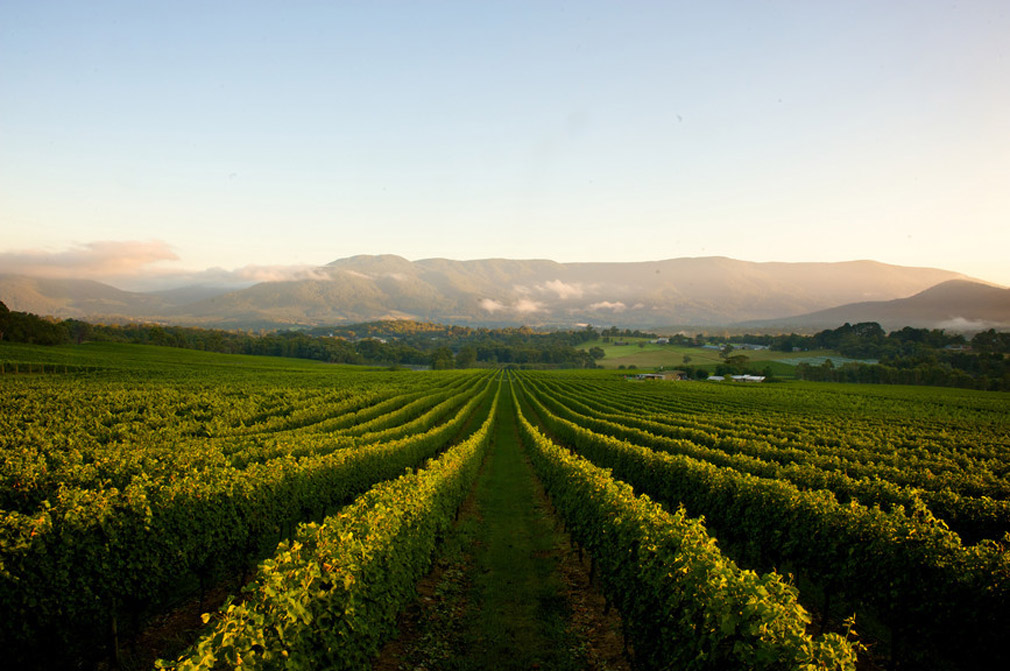 The family has filled their big wine tanks with bore water and a pest-spraying machine has been repurposed as a water-sprayer to assist in any defence.

"We've got quite a lot set up in case of a fire. Petrol pumps, diesel pumps – you name it," Mark Holm told AAP.

Whether or not the threat of flames materialises at the town near Bright, this year's bushfire season has already taken a toll on the family business and other wineries in the region.

Ringer Reef was earning $5000 a day at their cellar door in late December, but nobody is coming in now as tourists and many locals have heeded warnings to evacuate the area.

Smoke which has blown over from Victorian bushfires in the past fortnight may also have rendered many of the 40 tonnes worth of grapes currently on their vines unusable. 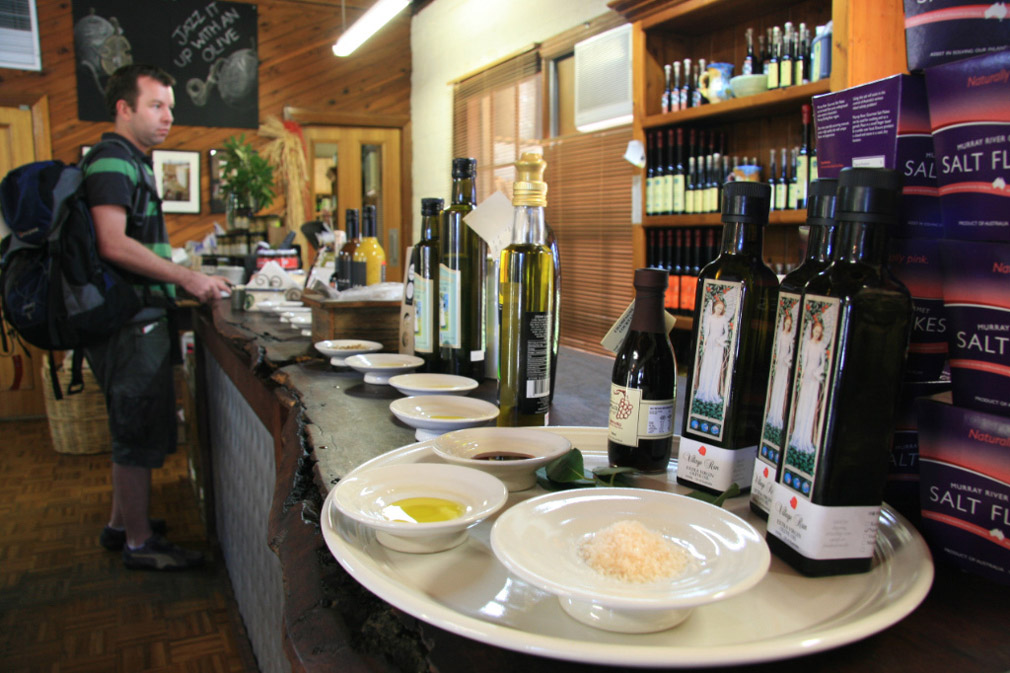 It's not the first time smoke has tainted Ringer Reef's grapes – predominantly the only ones they use – with fires in 2003 and 2006/07 ushering in a similar fate.

"The first time I thought it'll be right, we'll fix it, we'll work something out. Twelve months later, we just poured the whole lot down the drain," Bruce Holm said.

Grapes become more susceptible to smoke taint the closer they are to being harvested, with Ringer Reef typically harvesting about February 6.

But there's no guarantee smoke will clear as that date draws closer either.

Owner of the Eagle Range Estate winery in nearby Ovens, Frank Ivone, has little faith that any grapes in the region will be usable this year. 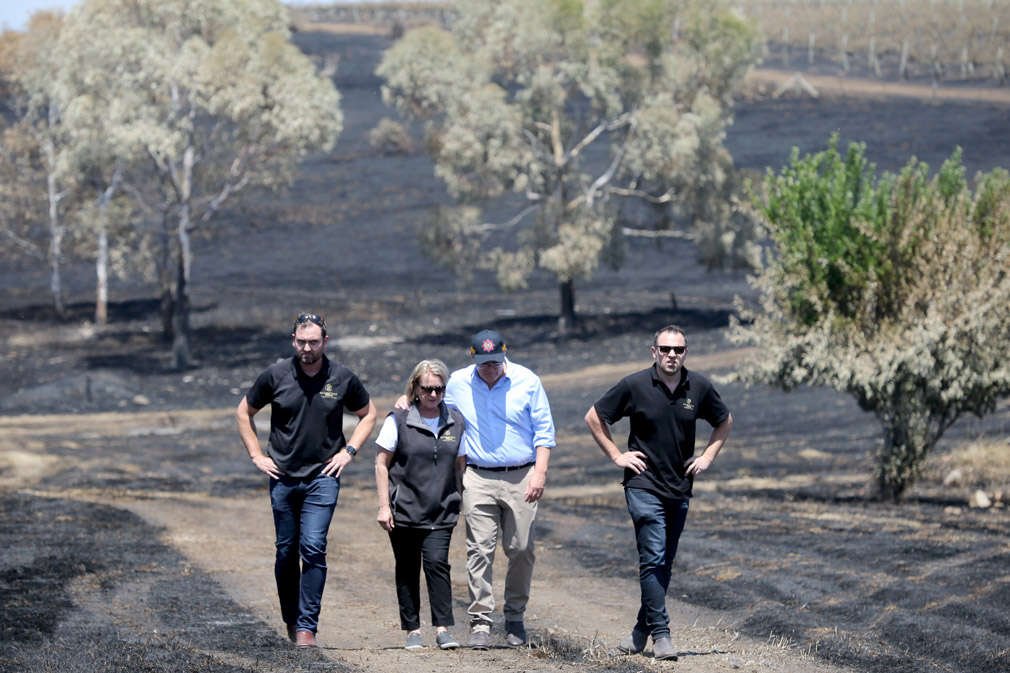 "I can absolutely guarantee to my last dollar, there's a lot of smoke taint around. The grapes are hammered around this district – there won't be a vintage," he told AAP.

He also plans to stay with his property if there's a risk of fires nearing it and is keeping his likely tainted fruit in perspective.

"It's not lives or assets, it's just grapes. There's a lot of people much, much, much worse off than we could ever be."

Brown Brothers – one of the bigger producers in the region, which draws on 15,000 tonnes worth of grapes from across Victoria – isn't discounting any grapes yet.

"The vines are still early in their development phase, so they're in a low risk phase of taint at the moment," their chief winemaker Joel Tilbrook told AAP.

"It's just far too early to be making calls as to whether there is going to be issues." 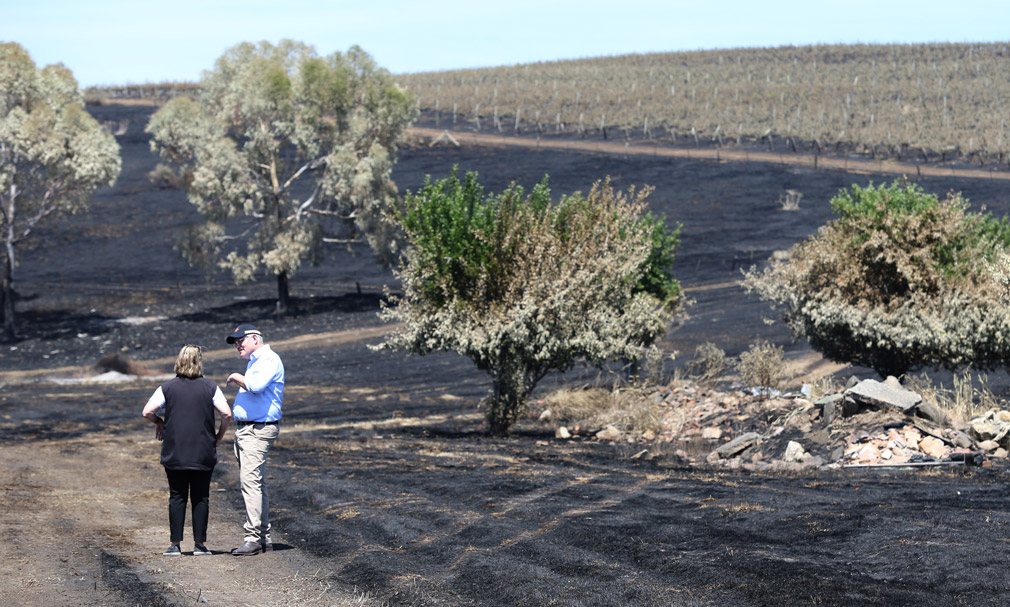 The Australian Wine Research Institute and an agricultural body will be hosting an industry meeting at the Milawa winery next week to share the latest information on dealing with the impacts of bushfires on their vineyards and assessing smoke taint.

READ:  A 12-year-old girl has died from coronavirus in Belgium

Meanwhile, Bright-based beekeeper Craig Pace doesn't have to worry that the bushfire season will add a smoky taste to the honey produced by his hundreds of thousands of bees.

The Pace Apiaries won't be extracting honey this year in an effort to build up their population.

But they do have sprinklers set up above their 190 hives to protect them if a blaze hits.

Mr Pace has been through plenty of fires in his day, including fires in 2003 which burnt up to his front door but fortuitously missed his bees.