Multiple shots were fired as police cornered three men in a car in Collingwood, Melbourne, this afternoon.

Video of the event shows officers with guns drawn hemming in the car, which attempts to ram its way through blocking vehicles. 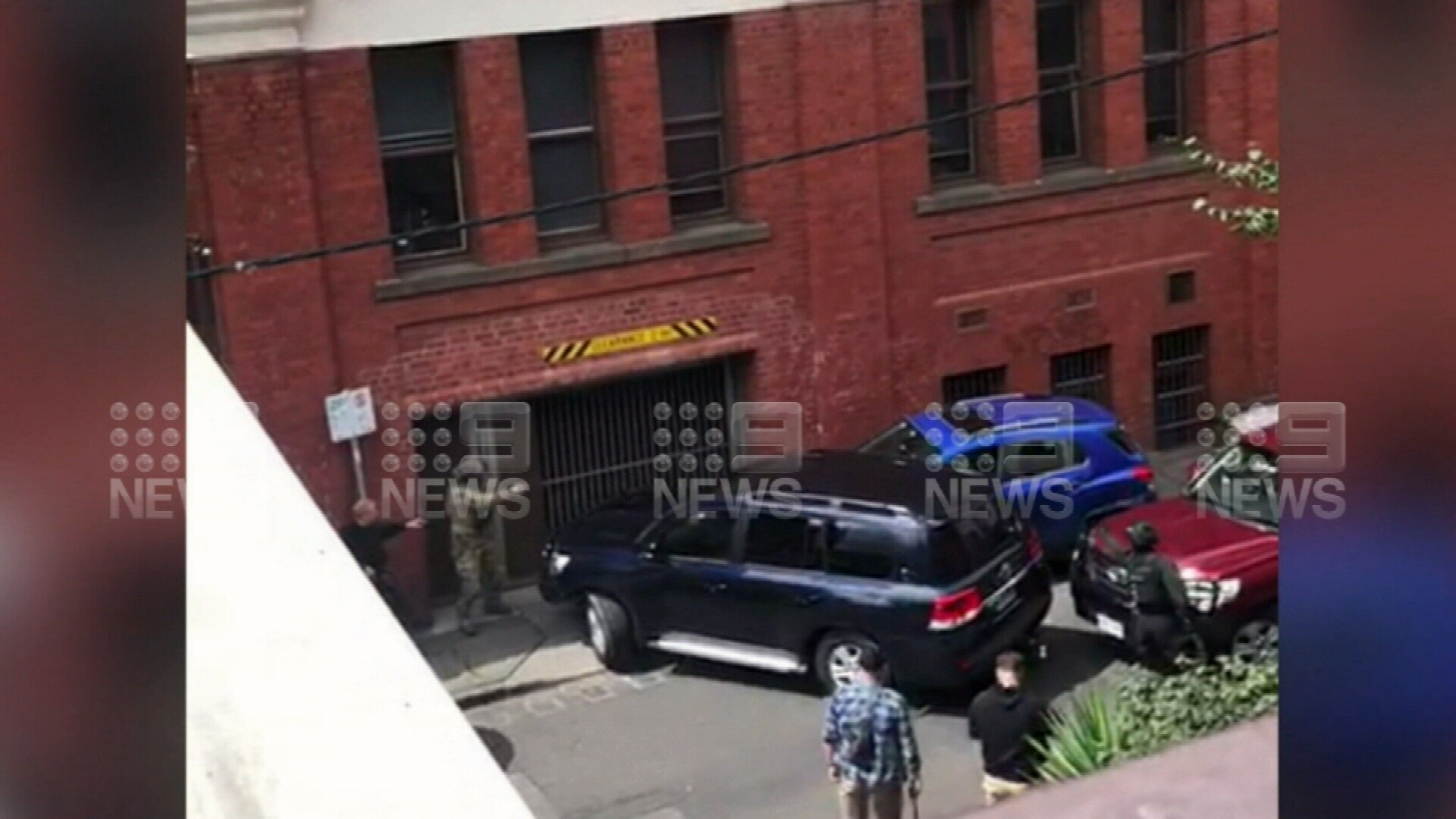 After a third vehicle blocks the car from behind, the occupants finally exit and are swarmed by tactical and plain-clothes officers.

Victoria Police said the three males were arrested in connection with an alleged carjacking overnight.

Three people allegedly threatened a 20-year-old man with a knife in Fitzroy at 1.40am and stole his blue Holden wagon. 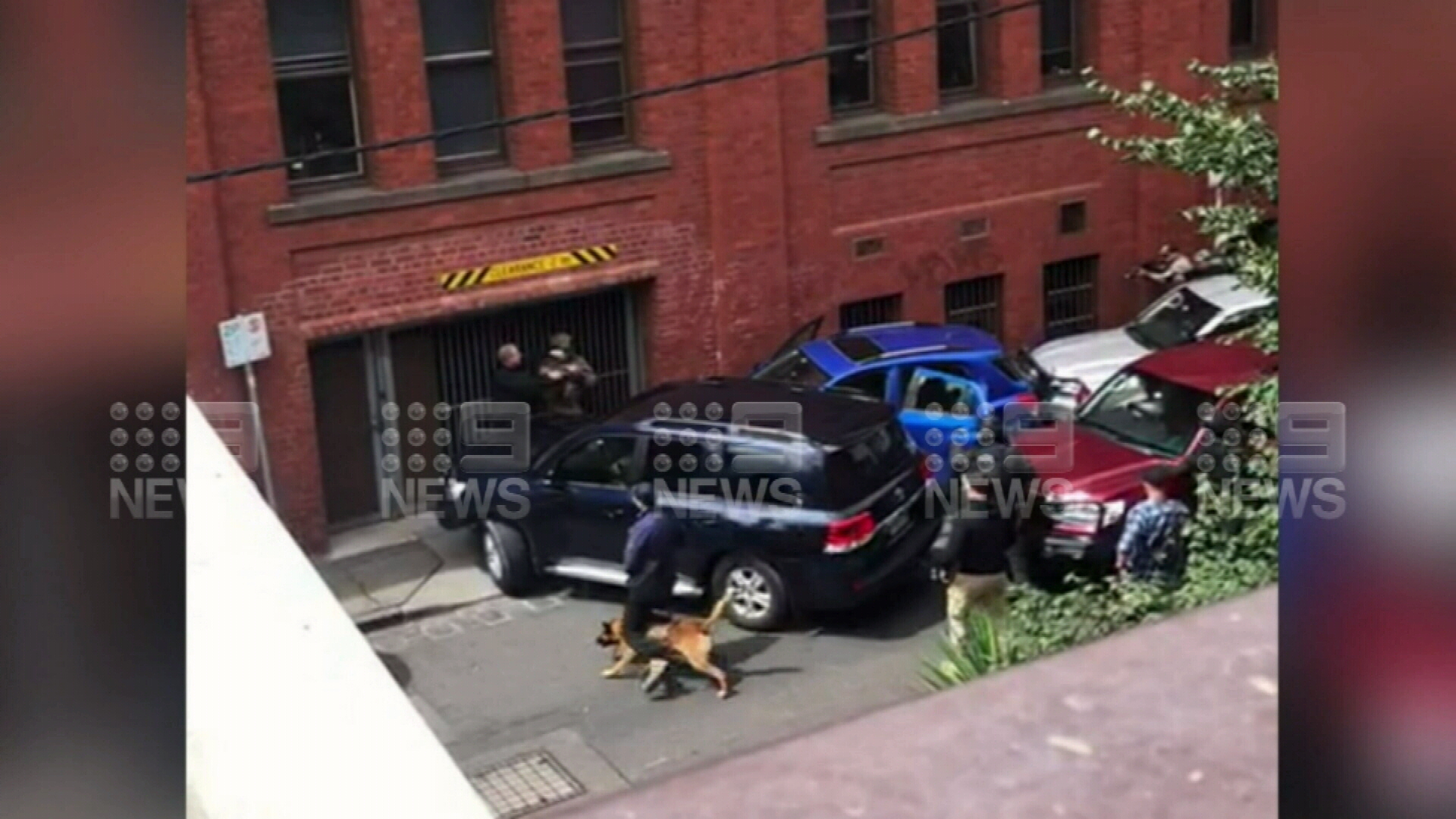 The victim was treated at the scene for non-life-threatening injuries.

The three men arrested this afternoon are currently in custody.

Police have said "non-lethal" options were used during the arrest.