Hundreds of looters descended on downtown Chicago following a police shooting on the city's South Side, with vandals smashing the windows of dozens of businesses and making off with merchandise, cash machines and anything else they could carry, police said.

When police shot a man after he opened fire on officers on Sunday afternoon, the incident apparently prompted a social media post hours later urging looters to converge on the business district, Police Superintendent David Brown said at a news conference.

Some 400 additional officers were dispatched to the area after the department spotted the post. Over the next several hours, police made more than 100 arrests and 13 officers were injured, including one who was struck in the head with a bottle, Brown said. 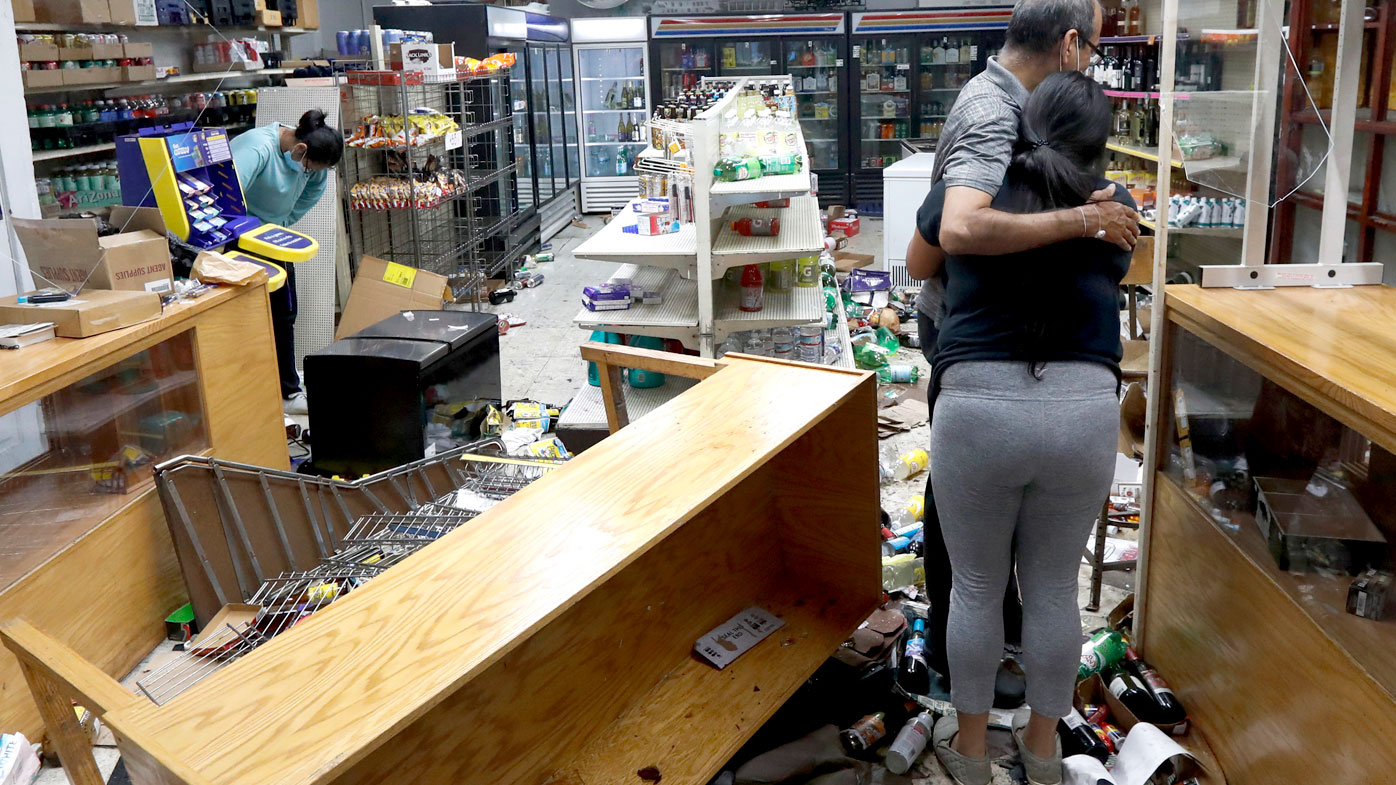 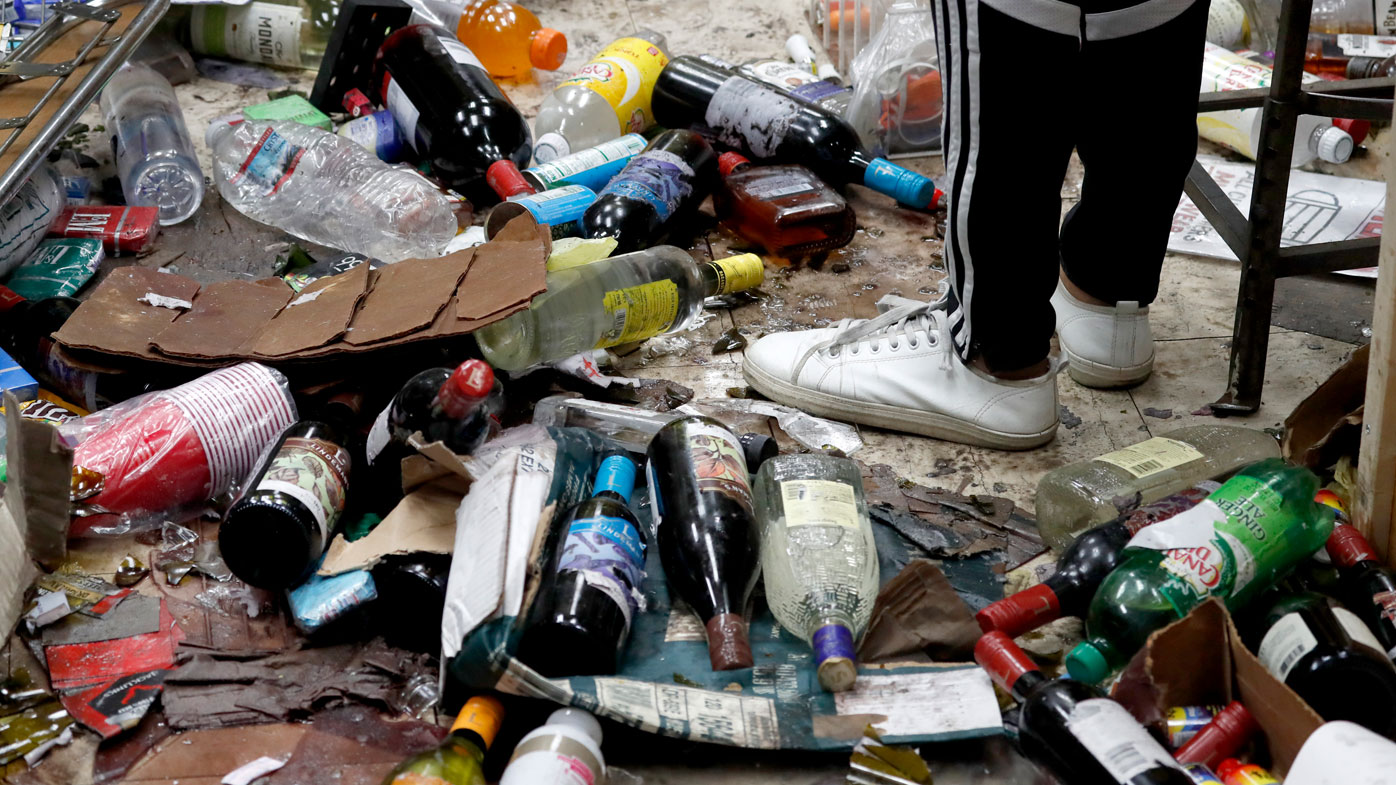 Brown dismissed any suggestion that the chaos was part of an organised protest of the shooting, instead calling it "pure criminality" that included occupants of a vehicle opening fire on police who were arresting a man they spotted carrying a cash register.

No officers were wounded by gunfire, but a security guard and a civilian were hospitalised in critical condition after being shot, and five guns were recovered, he said.

Mayor Lori Lightfoot agreed that the melee had nothing to do with a protest.

"This was straight-up felony criminal conduct," she said.

"This was an assault on our city." 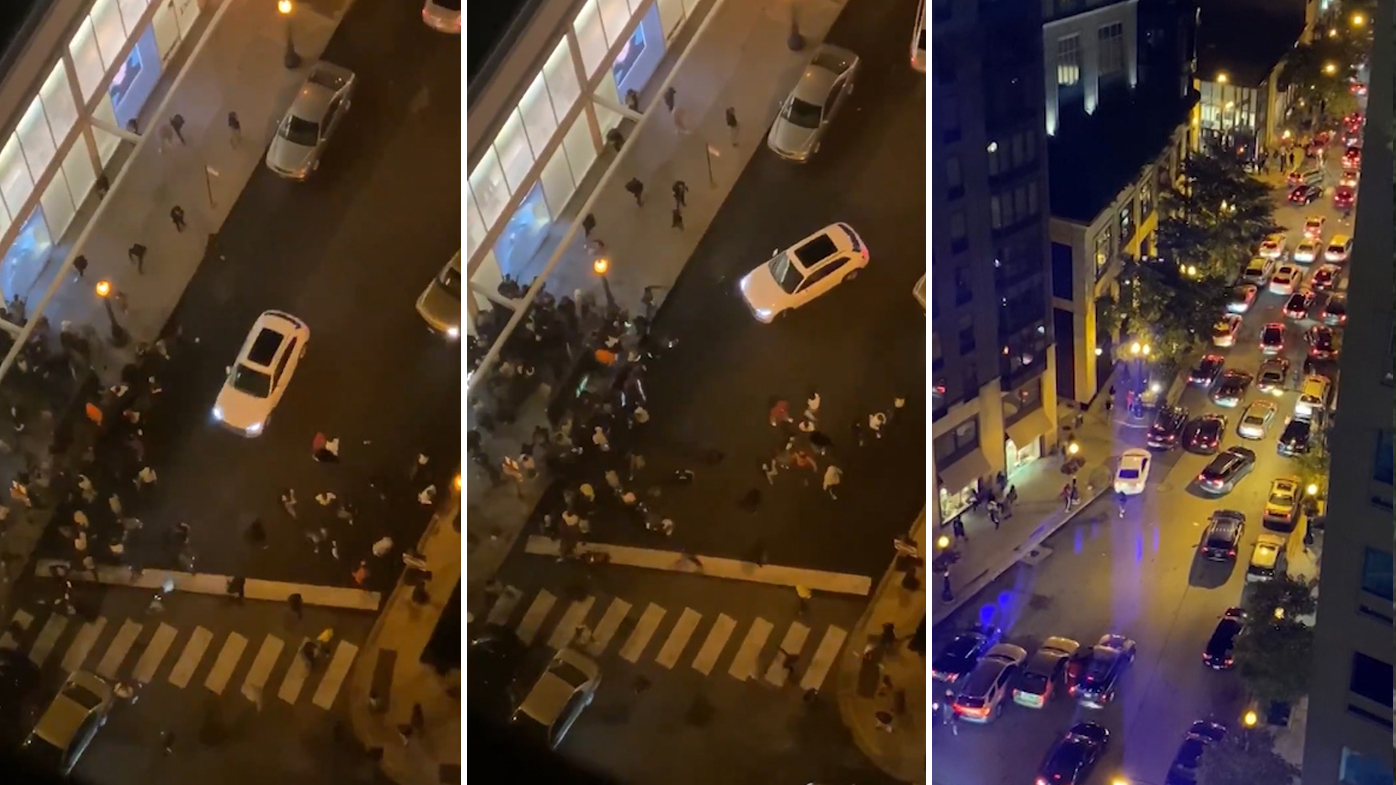 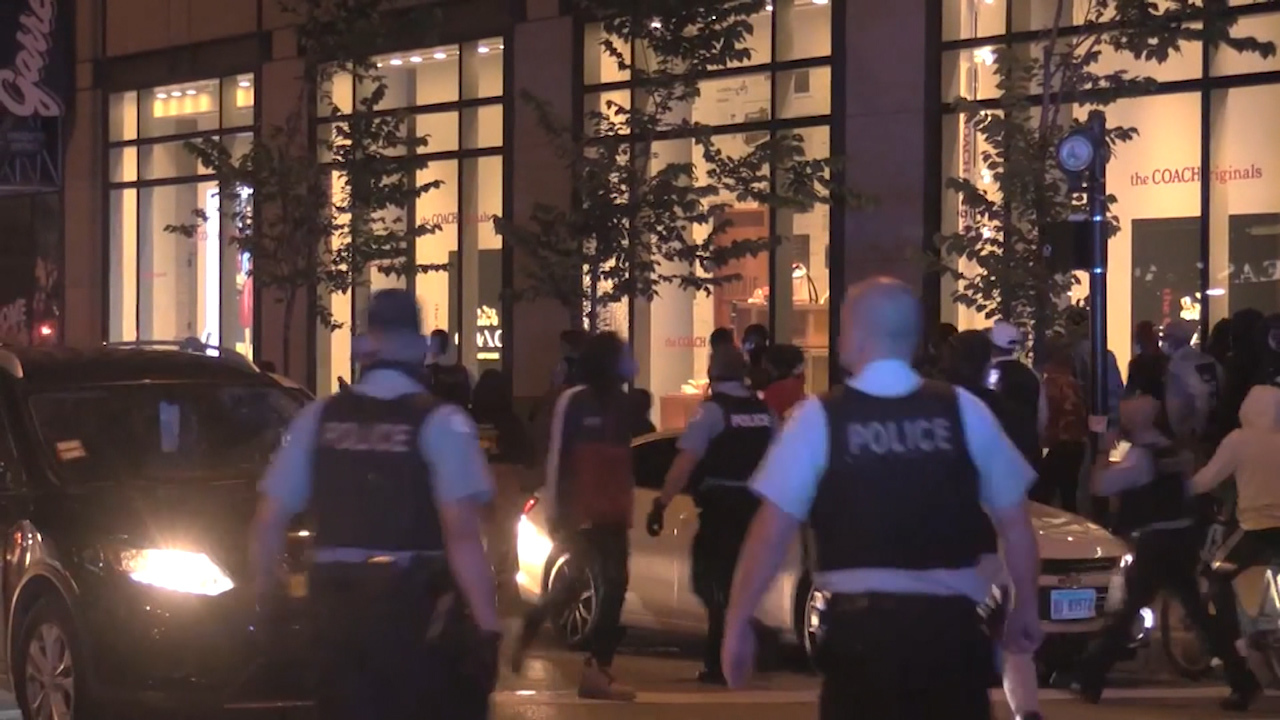 The looting brightened the national spotlight that has been on Chicago for weeks after a surge in gun violence that resulted in more homicides in July than any month in decades. President Donald Trump, who has repeatedly criticised the handling of the violence, recently ordered more federal agents to the city to take part in what Attorney General William Barr called "classic crime fighting".

Witnesses described a scene that bore a striking resemblance to the unrest that unfolded when protests over the death of George Floyd in Minneapolis devolved into chaos. Brown suggested that the lenient treatment of people arrested then played a role in what happened Monday.

"Not many of those cases were prosecuted to the full extent," he said.

"These looters, these thieves, these criminals being emboldened by (the lack of) consequences ... emboldened to do more." 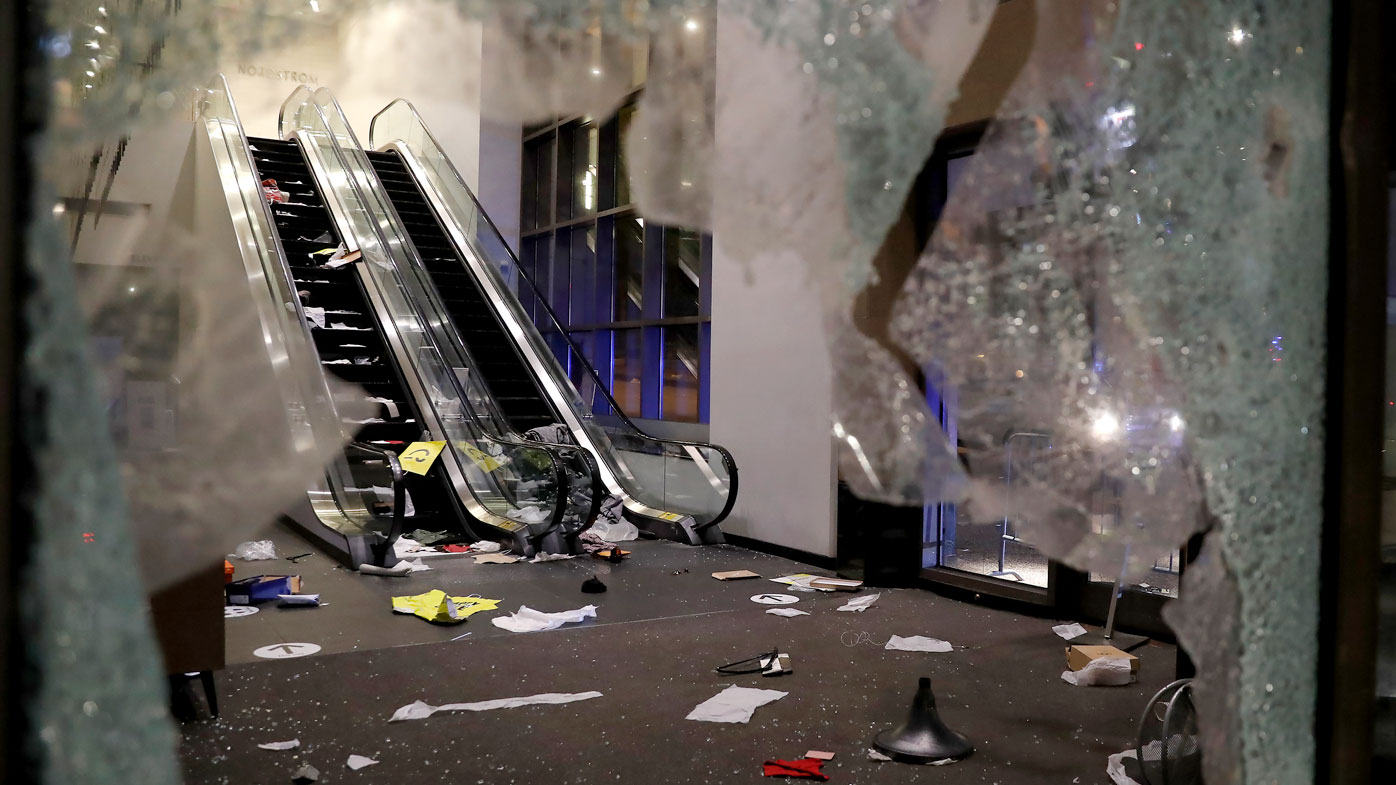 At the same news conference, Lightfoot addressed the looters directly, telling them that police had collected a lot of surveillance video and other evidence that will be used to arrest and prosecute as many as possible.

"We saw you, and we will come after you," she warned.

Videos of the vandalism showed huge crowds of people smashing their way into businesses and streaming out of the broken windows and doors loaded down with clothes and other merchandise.

They loaded up vehicles and drove off, some leaving behind boxes of rocks that they had apparently brought to shatter the windows.

Cash register drawers and clothes hangers were strewn about the streets, along with automatic teller machines that had been ripped from walls or pulled from inside businesses. 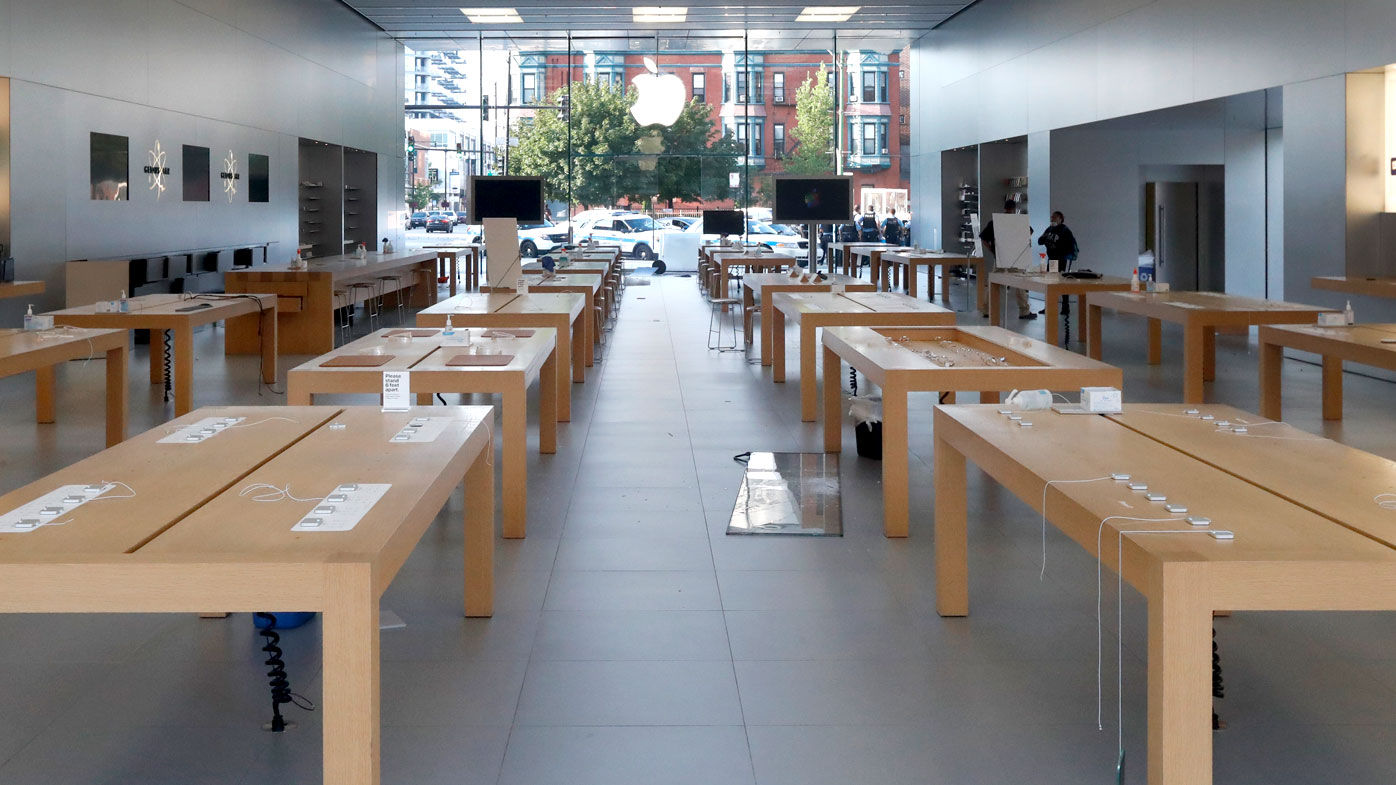 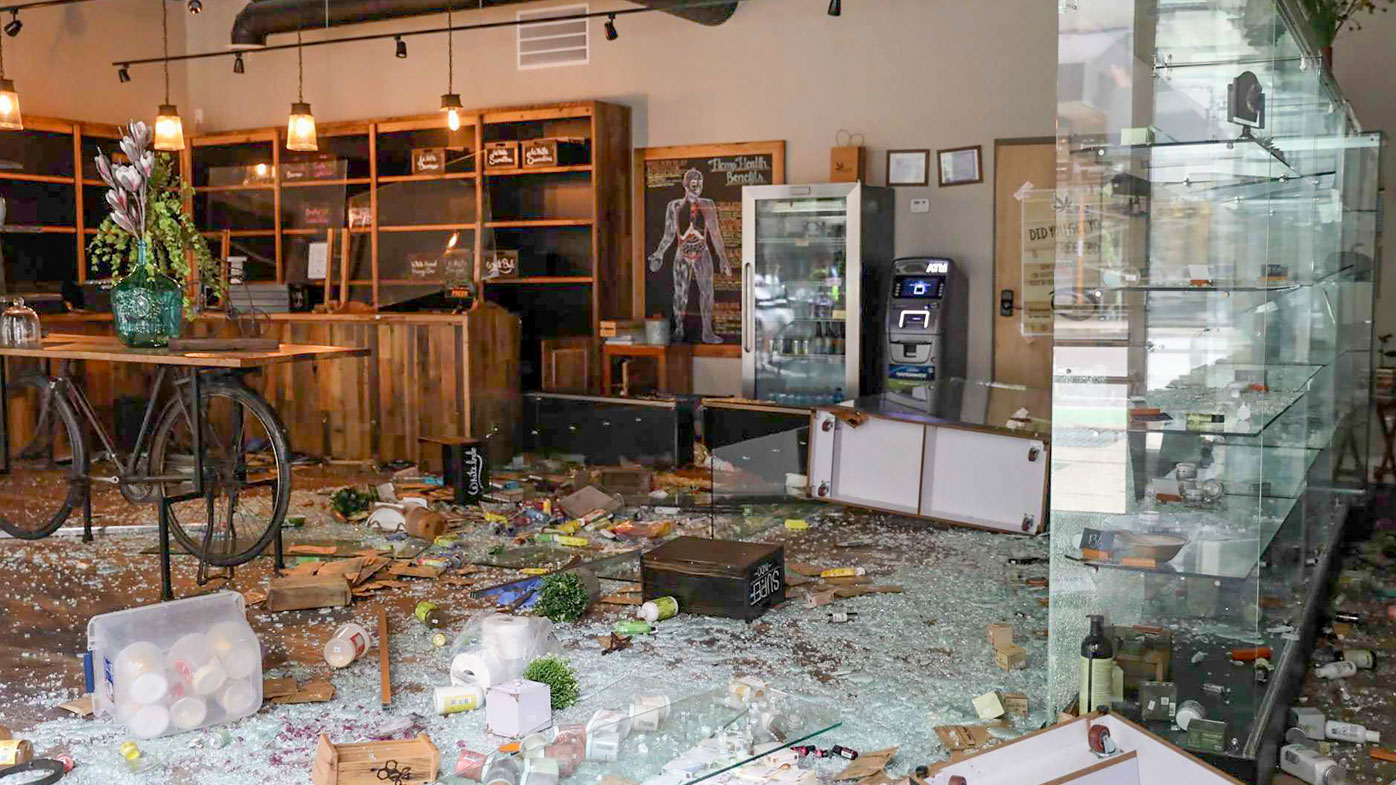 Stores miles from downtown were also ransacked, their parking lots littered with glass and boxes that once contained television sets and other electronics.

"This was obviously very orchestrated," the Reverend Michael Pfleger, a prominent Roman Catholic priest and activist on the city's South Side, told Chicago television station WBBM.

Train and bus service into downtown was temporarily suspended. Bridges over the Chicago River were lifted, preventing travel to and from the downtown area, and state police blocked some expressway ramps into downtown. Access was to be restored later in the day. 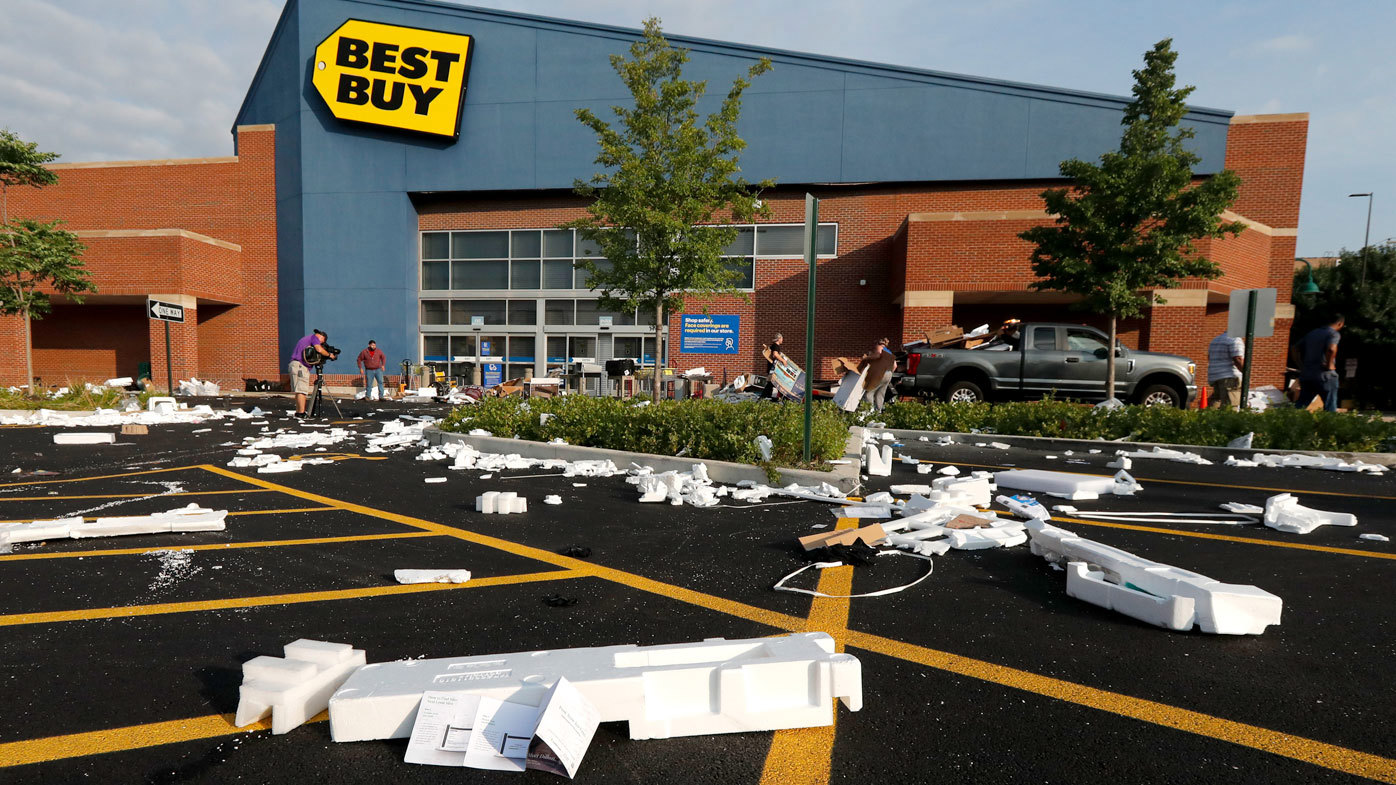 Brown said the department would maintain a huge presence in the downtown area indefinitely, telling reporters that all days off had been canceled until further notice.

Police responded about 2.30pm Sunday to a call about a person with a gun in the South Side Englewood neighbourhood and tried to confront someone matching his description in an alley. He fled from officers on foot and shot at officers, police said.

Brown later said the 20-year-old man had a long criminal history, including arrests for domestic battery and child endangerment, He said a gun was recovered at the scene. 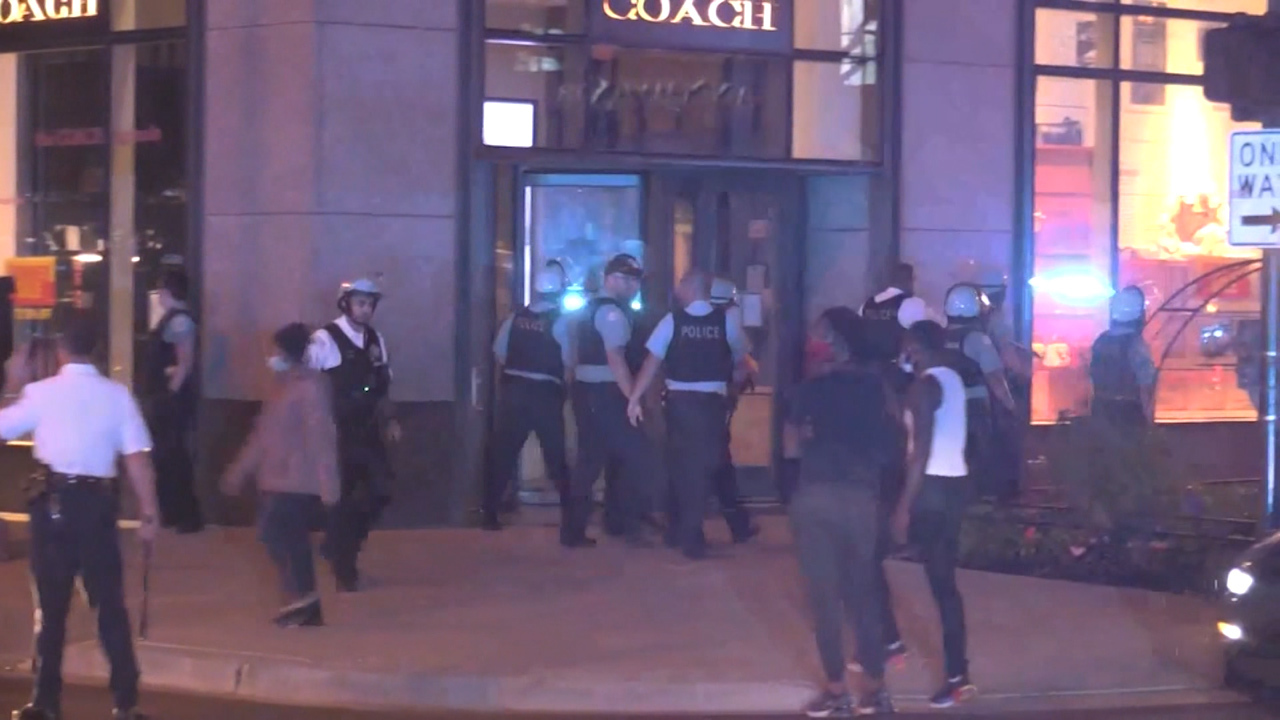 More than an hour after the shooting, police and witnesses said a crowd faced off with officers after someone reportedly told people that police had shot and wounded a child. That crowd eventually dispersed.

But a short time later, police came across the social media post about a caravan of cars "being prompted to go to our downtown to loot," Brown said. "Within 15 minutes, we respond and almost immediately the caravan is in our downtown area."