A man has been charged after an alleged brawl in a Woolworths supermarket in Sydney's south-west, as coronavirus fears see shelves emptied by panicked shoppers.

Footage of yesterday's incident circulated on social media and showed a young man being led from the checkouts to the exit by Woolworths staff, before he allegedly raced back inside. 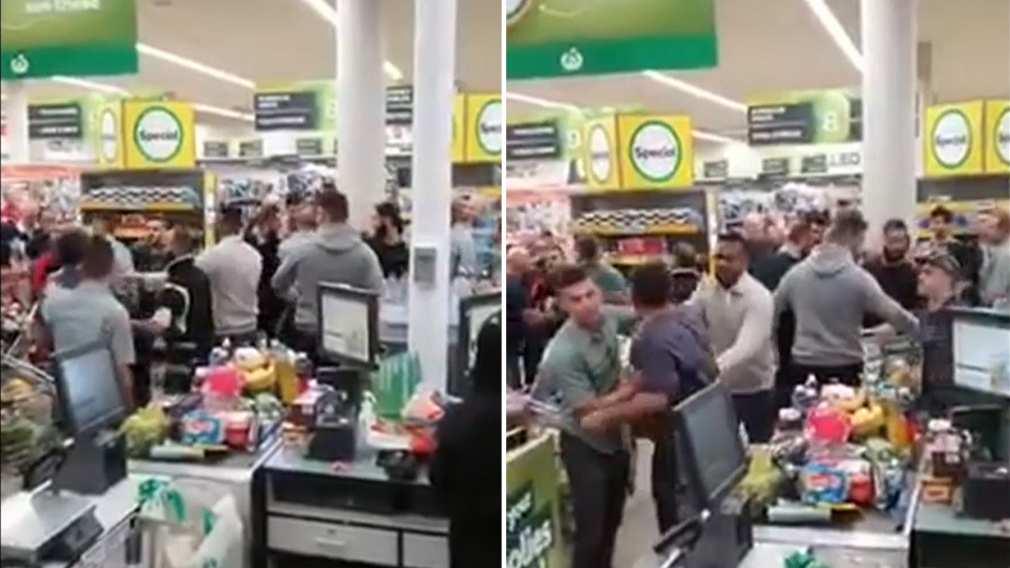 A 54-year-old man was allegedly assaulted while he waited in a queue to pay for his groceries, police were told.

Police do not believe the two men were arguing over groceries.

The accused has been charged with common assault and will appear in Bankstown Local Court on April 1.