A wild police chase has unfolded on the streets of Philadelphia in the US, after a shooting suspect allegedly stole an ambulance to escape arrest.

Police were initially called to an alleged shooting on Roosevelt Boulevard when they opened fire on the suspect, hitting him in the leg before he allegedly stole an ambulance at the scene and took off through the city's northeast around Cottman Avenue and Frankford Avenue in the Frankford region. 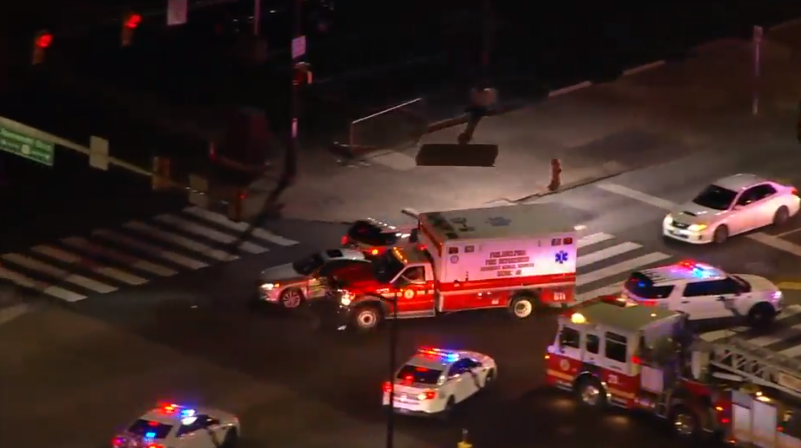 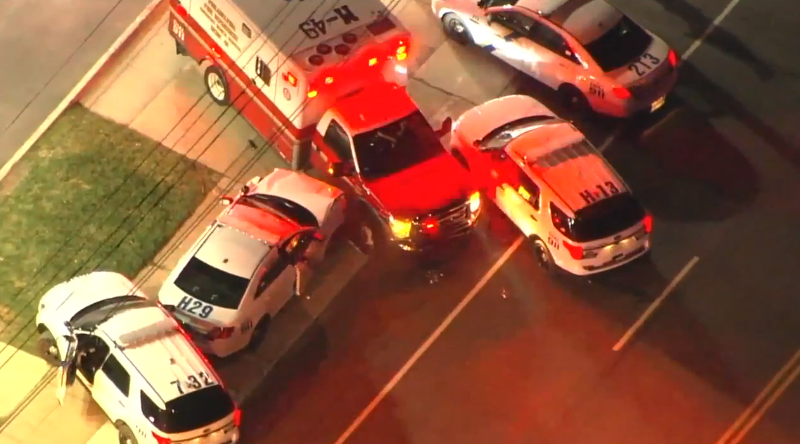 Dozens of patrol cars spent over an hour trying to corner the ambulance as it smashed into parked cars and mounted the footpath to escape.

Footage showed the ambulance clipping parked cars and at one point entering a service station and slamming into petrol bowsers and police vehicles that tried to block it.

At one stage, officers managed to corner the ambulance in a carpark, but moments after the man opened the ambulance door to speak with police, chopper footage showed him take off again, ramming into police cars before taking off up the street. 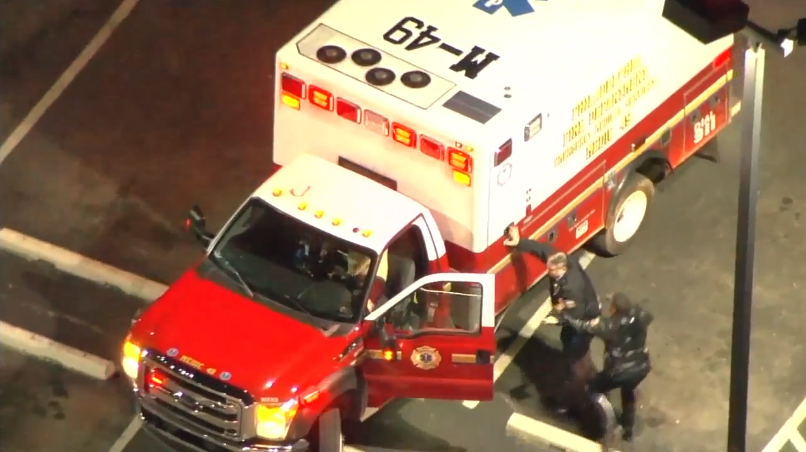 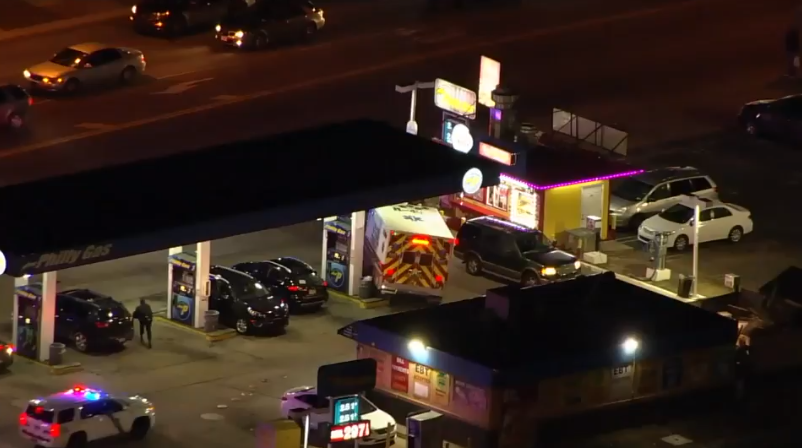 The chase began at 9pm local time and lasted for over an hour before the vehicle lost one of its wheels while mounting the gutter and came to a stop near Walnut Hill.

Footage showed the shirtless man still trying to resist arrest, kicking at officers as they tried to pull him from the ambulance.

He was taken into custody and is being treated for his injuries.

No other people were injured during the incident. 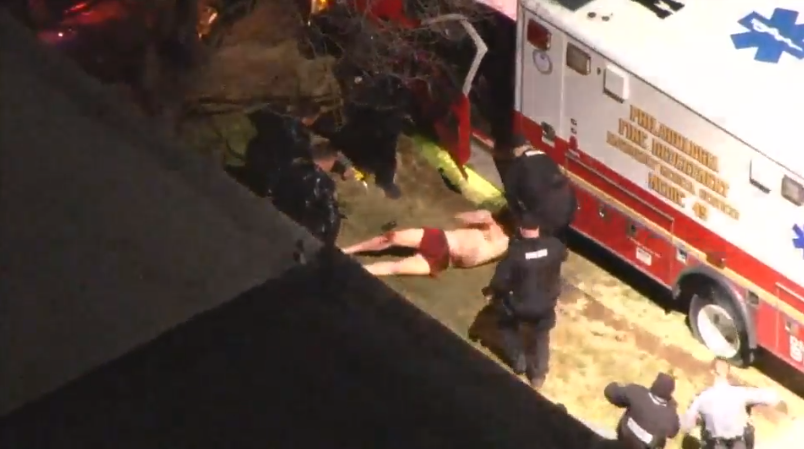 READ:  Rentvesting: How millennials are getting a foot in the property market while living where they want