Next-generation shoes worn by a number of recent marathon record-setters are set to be banned in competition amid claims they give an unfair advantage.

Next-generation shoes worn by a number of recent marathon record-setters are set to be banned in competition amid claims they give an unfair advantage.

The Nike range of Vaporfly shoes feature foam and carbon fibre in the soles, which are said to increase the spring function and can boost a runner's every step.

They were worn by marathon champion Eliud Kipchoge when he became the first person ever to run the long-distance race in less than two hours. 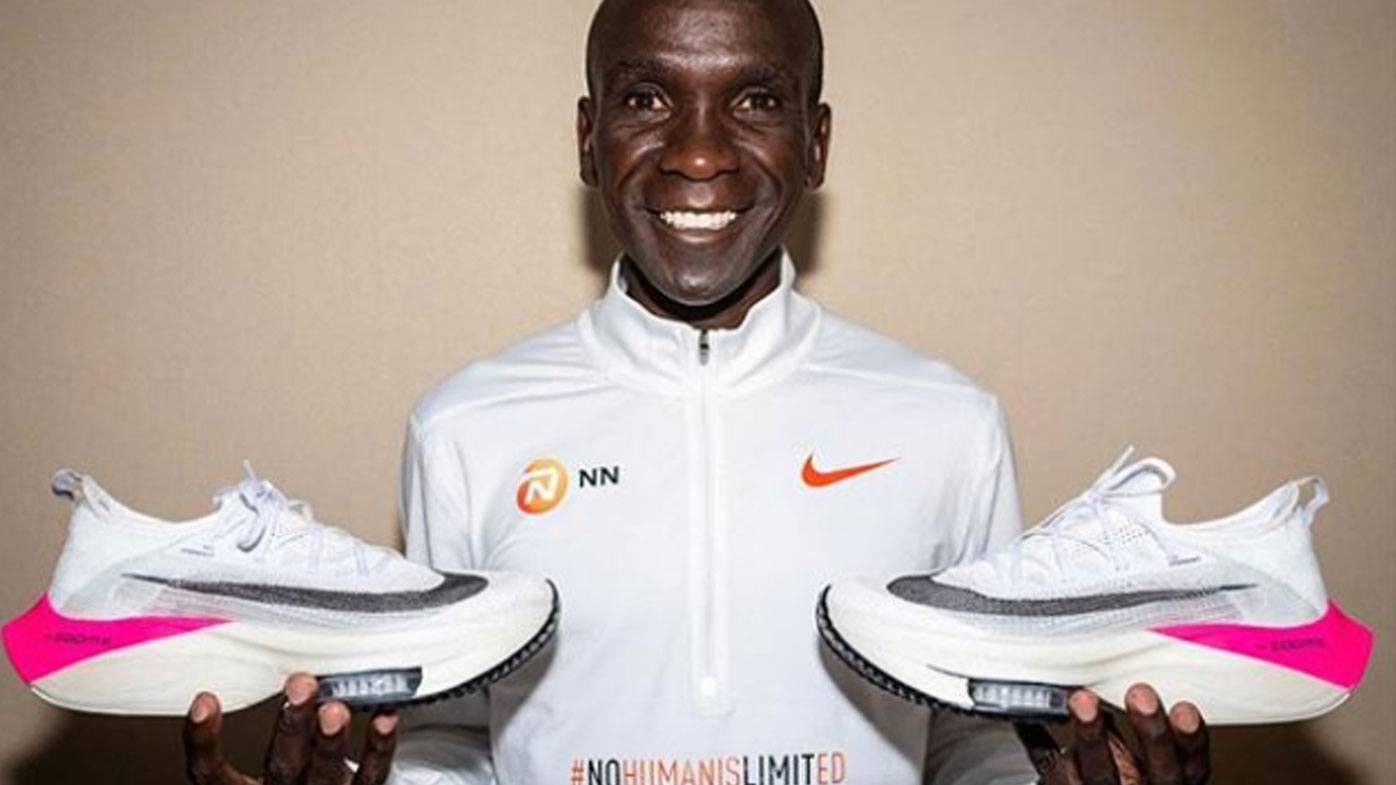 Now World Athletics is contemplating banning the shoes from competition as the sporting body awaits the results of expert analysis, the UK Telegraph reports.

A proposed regulation on the depth of a shoe's midsole could see the range stamped out of official races.

Kipchoge's time of one hour, 59 minutes and 40 seconds - also set last October - was run in a prototype pair of Nike's latest model in the range, the AlphaFly.

His record has not been recognised as an official time as the run was under controlled conditions. 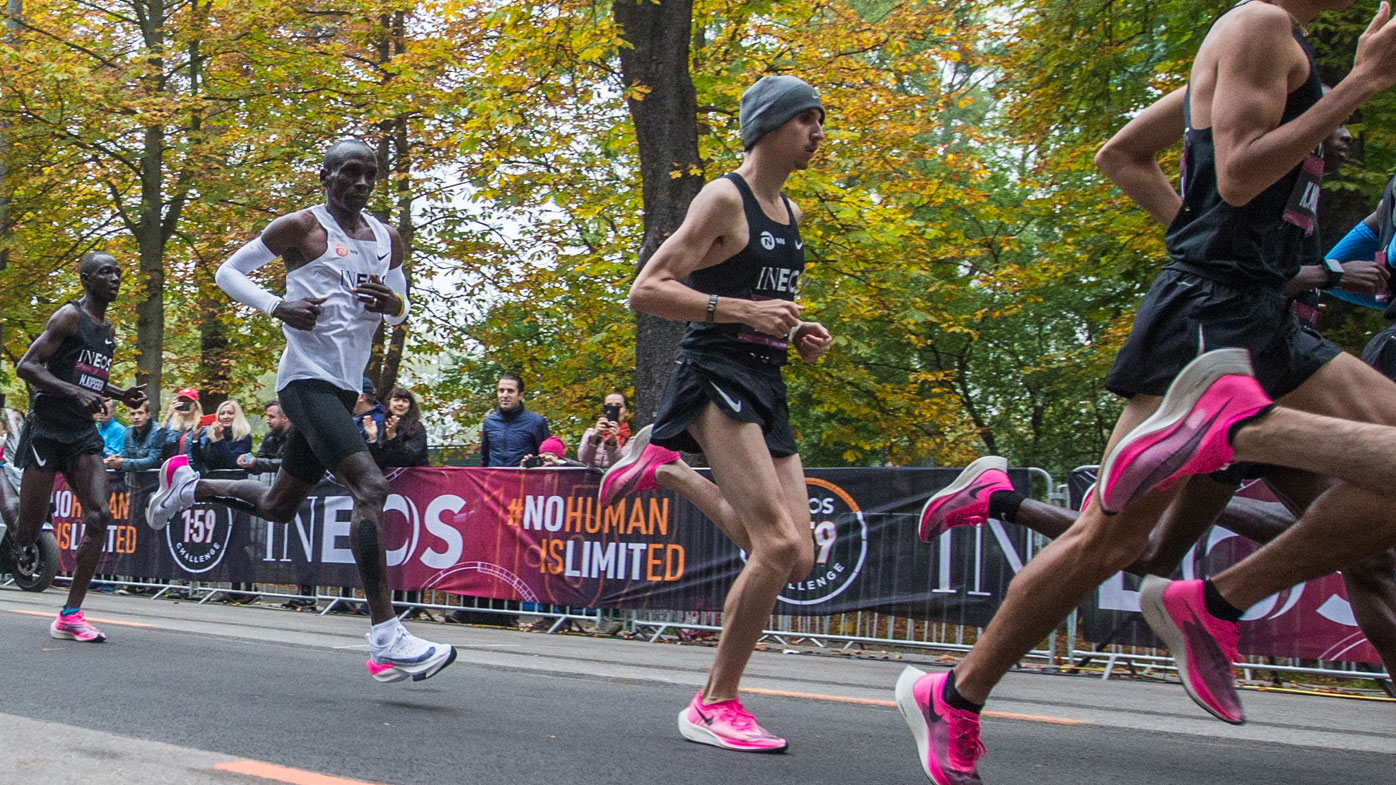 However, a moratorium on those records and run-times already set by Vaporfly wearers is reportedly being considered, which would allow those achievements to stand even in the face of a ban.

US Olympian Ryan Hall wrote on his Instagram that although Kipchoge was "clearly the greatest marathoner of all time", the shoes he wore still conferred an unfair advantage.

"When a shoe company puts multiple carbon fibre plates in a shoe with cushion between the plates, it is no longer a shoe, it's a spring," he wrote.

However, Kipchoge told the Telegraph his result was a fair one and the sport should embrace such innovations.

"Technology is growing and we can't deny it," he said.

Asics shares jumped 4.7 per cent, while Mizuno rose 1.6 per cent.