News of the infection of the most powerful man in the world with the most notorious disease in the world drew instant reactions of shock, sympathy, undisguised glee and, of course, the ever-present outrage and curiosity that follow much of what Donald Trump does, even from thousands of kilometres away.

News of the infection of the most powerful man in the world with the most notorious disease in the world drew instant reactions of shock, sympathy, undisguised glee and, of course, the ever-present outrage and curiosity that follow much of what Donald Trump does, even from thousands of kilometres away.

Trump's announcement, on Twitter, on Friday that he and first lady Melania Trump tested positive for the coronavirus, and the deep uncertainty that accompanied it, permeated the global news cycle, upending countless plans and sparking comment everywhere from presidential offices to the thousands looking to weigh in on social media.

The positive test reading for the leader of the world’s largest economy adds more uncertainty to investors' worries, including how the infection might affect the Nov. 3 election between Trump and Democrat Joe Biden.

US stock futures and Asian shares fell in the wake of the news. The future contracts for both the S&P 500 and the Dow industrials lost 1.9 per cent. Oil prices also slipped. 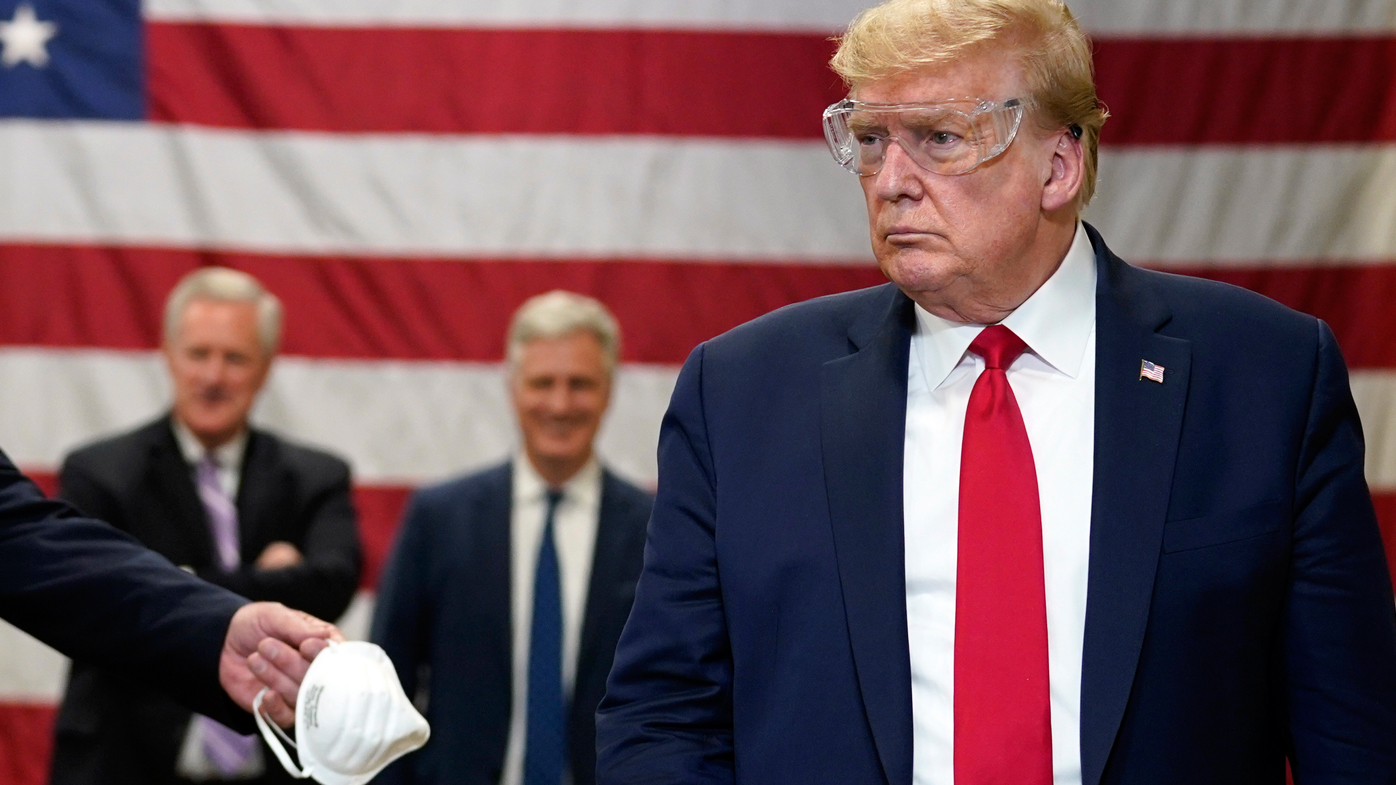 “To say this potentially could be a big deal is an understatement,” Rabobank said in a commentary.

“Anyway, everything now takes a backseat to the latest incredible twist in this US election campaign.”

World leaders and officials were quick to weigh in, and there was both sympathy and something approaching schadenfreude.

US-India ties have prospered under Trump, and India is seen as a partner to balance China’s growing weight in Asia. 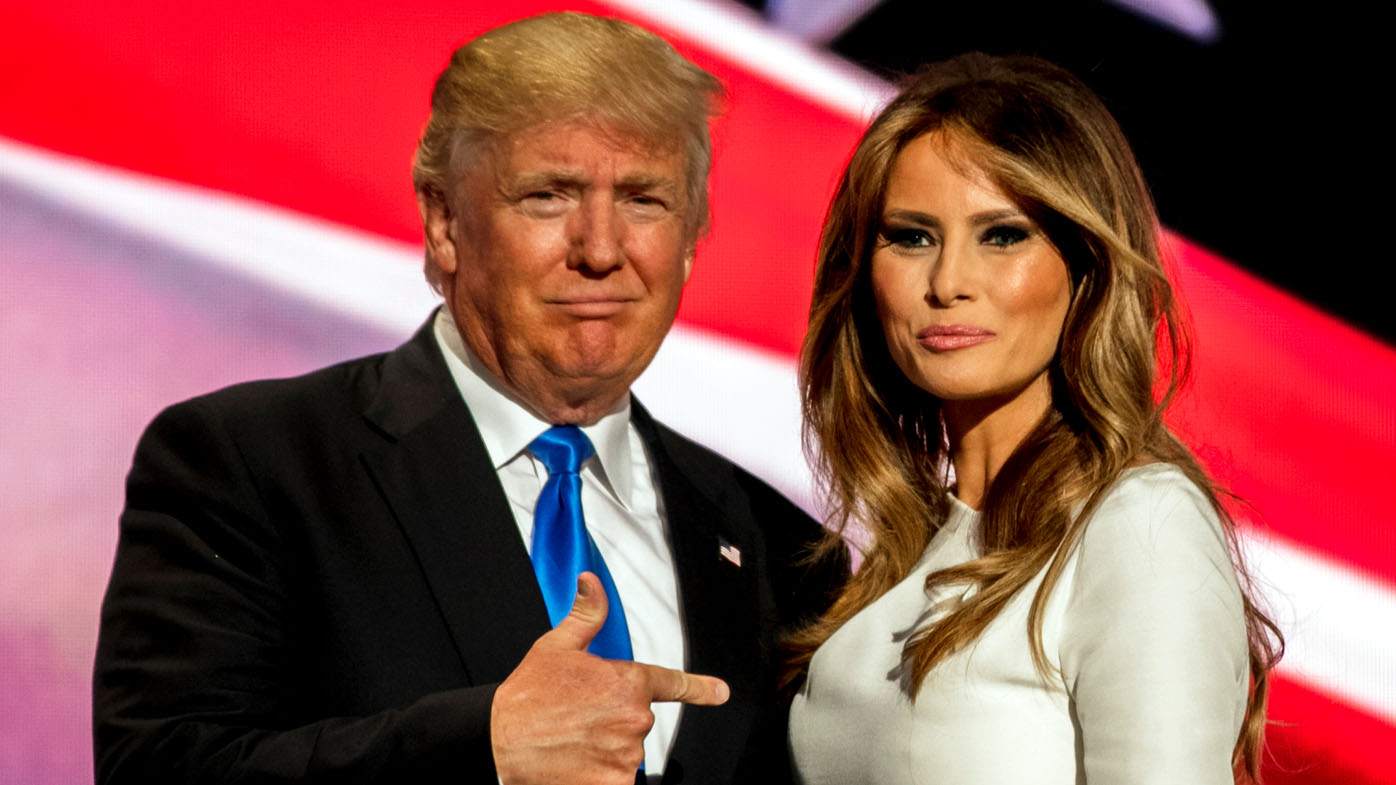 “Our best wishes go to the president and the first lady, but it demonstrates that no one is immune from COVID-19 and catching it. So it shows that no matter the precautions, we are all susceptible to this,” Australian Agriculture Minister David Littleproud, deputy leader of the conservative Nationals party said.

“A trying time, and it just goes to show that a global pandemic can in fact touch anybody, even the president of the United States.”

Tokyo Governor Yuriko Koike, speaking at a weekly news conference, did not mention Trump's reluctance to wear masks when asked about his infection, but she said the news “reminded me of how widely masks are worn in Japan”.

Major media across the globe also played up the announcement, with bulletins crawling across TV screens in Seoul, Tokyo, Taipei and Beijing.

China’s official Xinhua News Agency flashed the news, and an anchor on state broadcaster CCTV announced it; there was no immediate comment from the government Friday, the second day of an eight-day national holiday.

The positive test result for Trump and his wife was the most searched topic in China — after news about the holiday — on the widely used social media app Weibo a few hours after the announcement, with most comments mocking or critical.

One user darkly joked that Trump had finally tweeted something positive. 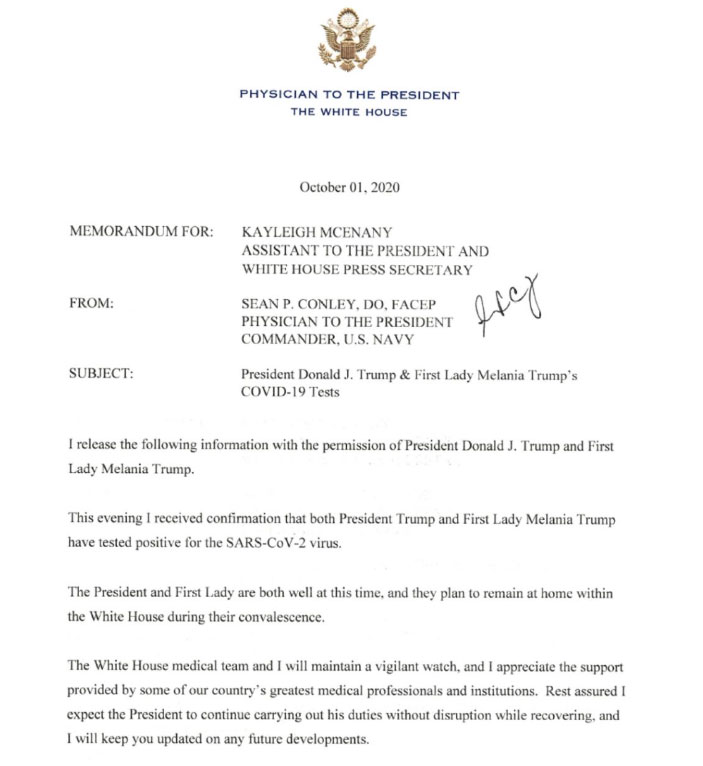 The Chinese government has bristled at Trump’s attempts to blame China, where the disease emerged, for the pandemic and called for global cooperation in fighting it, a message that has resonated with the public.

Hu Xijin, the outspoken editor of the state-owned Global Times newspaper, tweeted in English that “President Trump and the first lady have paid the price for his gamble to play down the COVID-19.”

Iranian state television announced Trump had the virus, an anchor breaking the news with an unflattering image of the US president surrounded by what appeared to be giant coronaviruses. 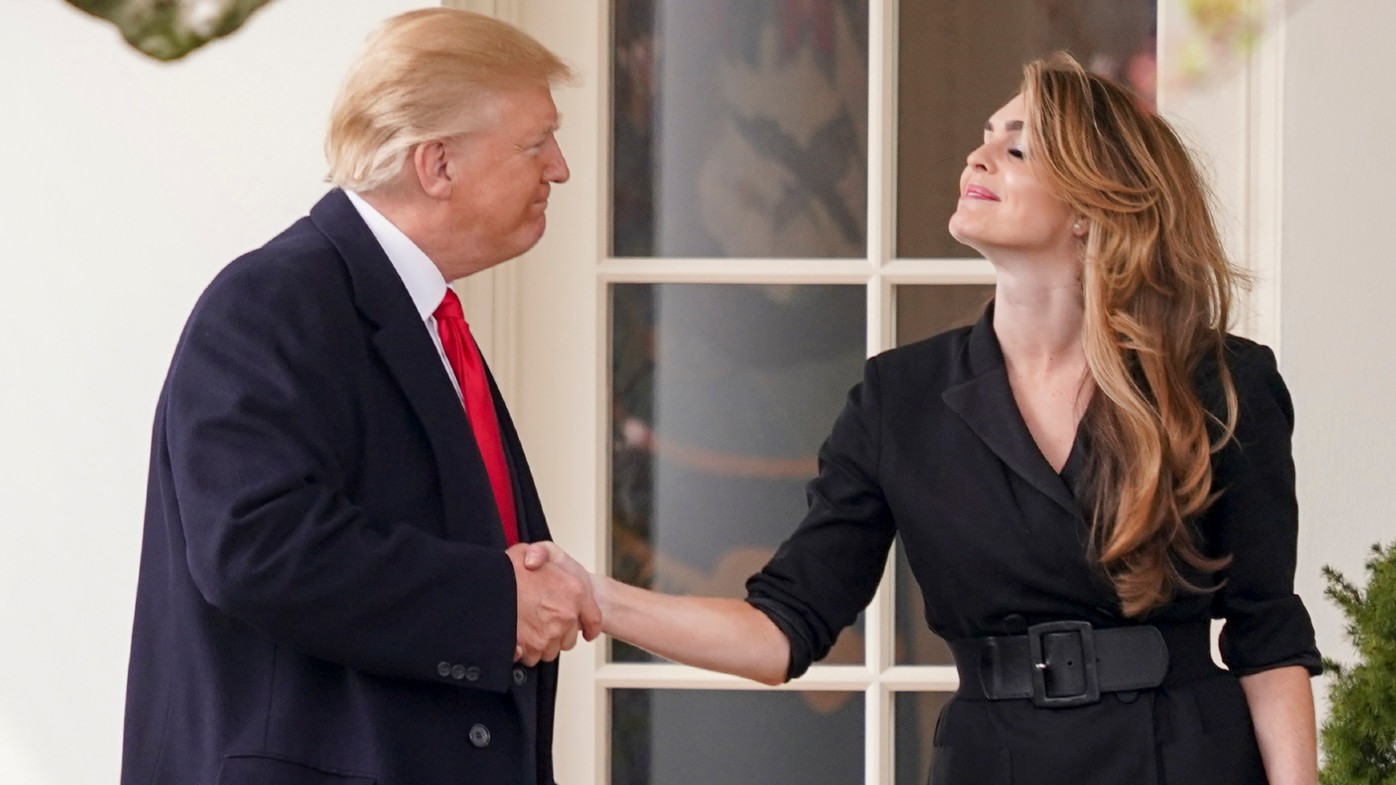 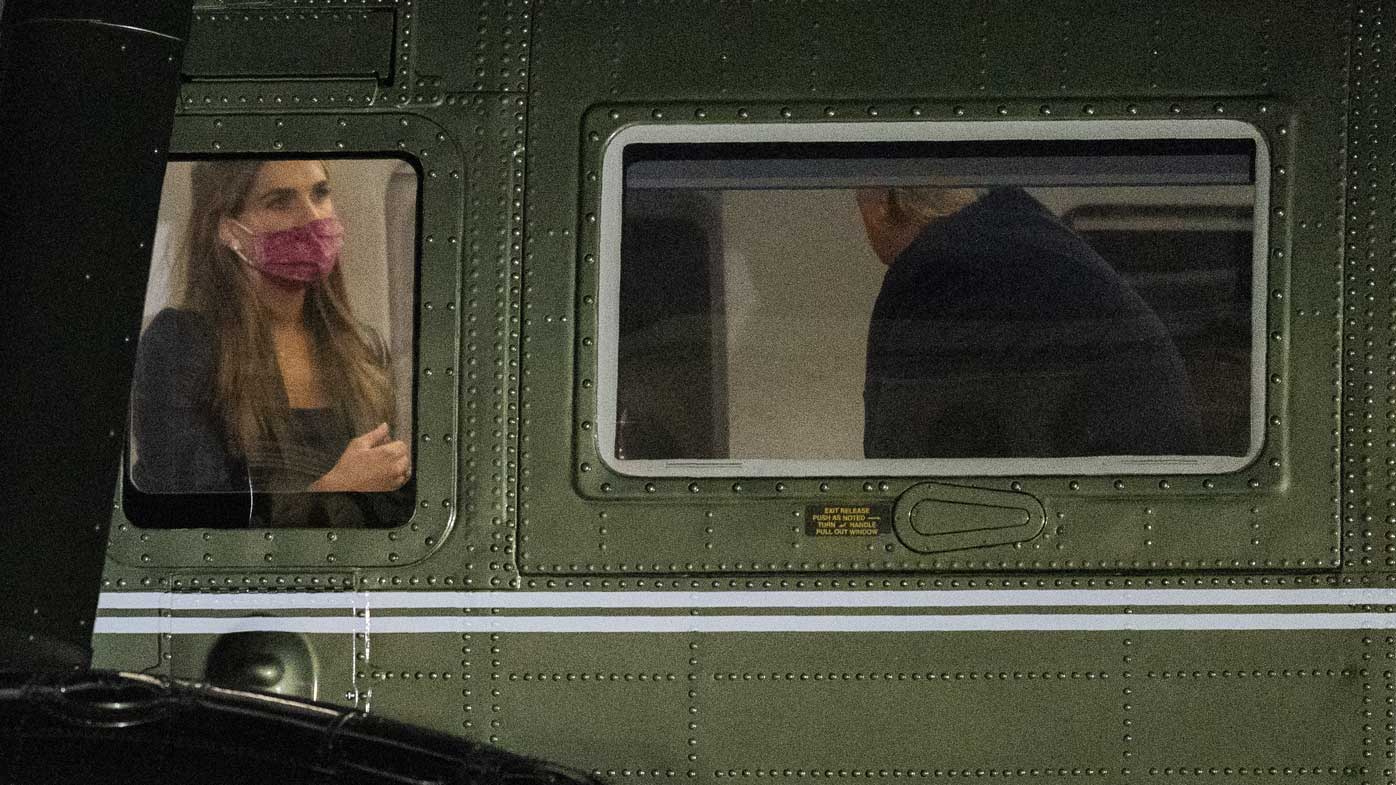 Social media platforms in Asia were ablaze with quick reaction.

Would Trump blame the Chinese? Would he thumb his nose at his critics and enemies by breezing through the quarantine without serious symptoms, tweeting away from the White House? Would he become gravely ill, or worse, and, if he did, what would that mean for the US election, one of the most contentious in recent history?

While the uncertainty seemed palpable on a scroll through various nations' social media, many of the comments seemed to revel in the announcement.

“Here comes a chance for him to actually try out his idea of injecting disinfectant into himself and fighting back (against allegations that) it was fake news!” tweeted Hiroyuki Nishimura, a Japanese internet entrepreneur, referring to an idea Trump floated earlier this year for treatment.

Keio University economics professor Masaru Kaneko tweeted that populist leaders, like British Prime Minister Boris Johnson and Brazilian President Jair Bolsonaro, "got infected because they tended not to take the coronavirus seriously. The two other leaders seriously tackled (the virus) after they get infected themselves. Will the United States follow their examples?”