A regional community has been dubbed “the best of Victoria on display” as it works to fight a rapidly growing COVID-19 outbreak in the city.

A regional community has been dubbed "the best of Victoria on display" as it works to fight a rapidly growing COVID-19 outbreak in the city.

A total of 36 cases have emerged in Shepparton since Friday, with 14 new cases recorded in the past 24 hours.

Testing centres in Shepparton were inundated on Saturday and Sunday, with 5500 people tested for COVID-19 across the two days. 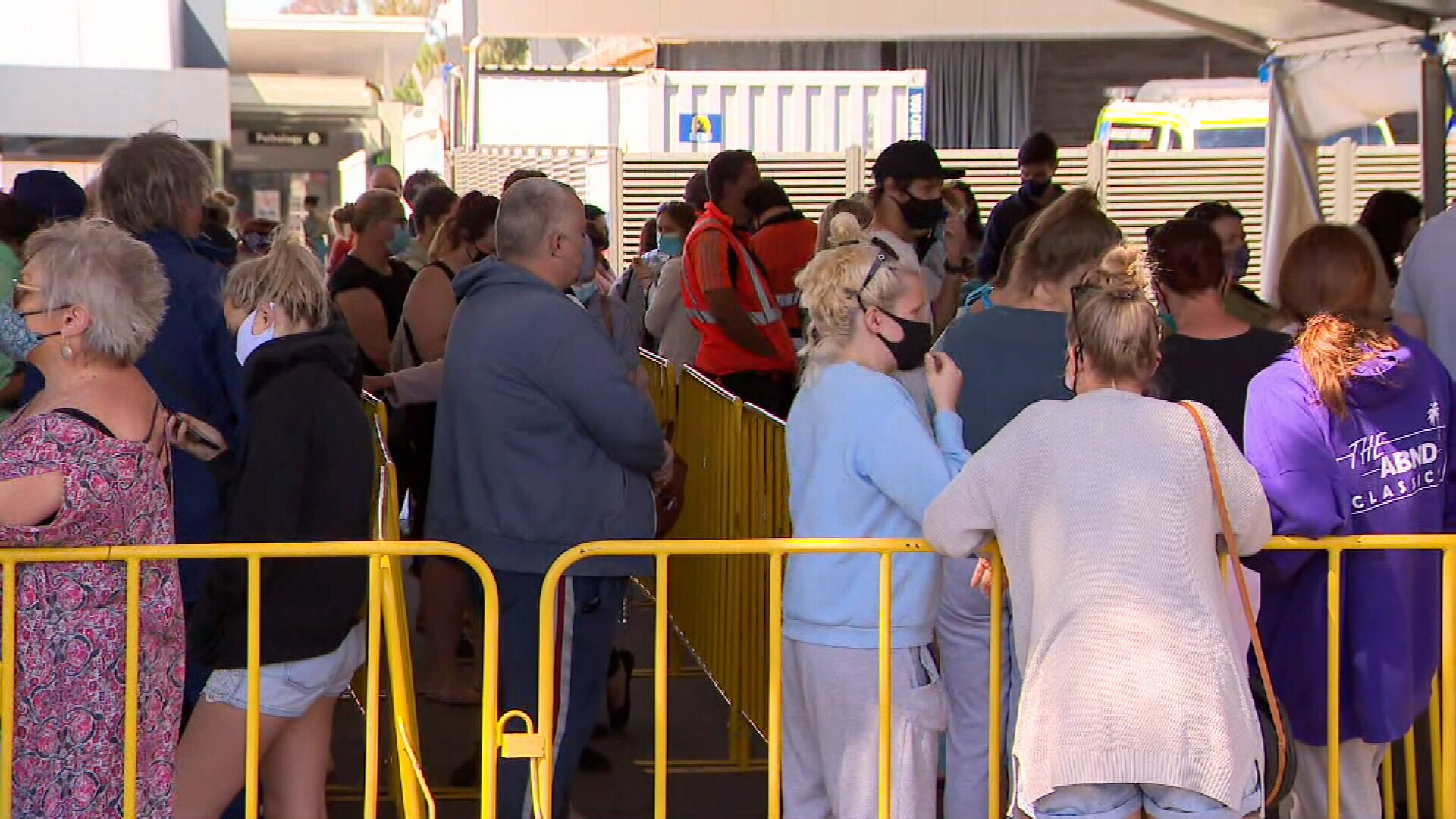 Premier Daniel Andrews today commended the Goulburn Valley for its response to the sudden outbreak.

"A shoutout to the Goulburn Valley community," he said.

"It is a strong and proud community, they look out for each other and they are coming out to get tested in strong numbers.

"Indeed, businesses in Shepparton are reaching out and supporting their fellow Goulburn Valley residents.

"It is the best of Victoria on display and they should be proud of that."

However, police are investing an allegation a funeral with about 500 attendees took place in Shepparton after lockdown came into effect in regional Victoria at 1pm on Saturday.

Mr Andrews said he had no information on such an event.

Victoria Police Chief Commissioner Shane Patton told 3AW earlier police were investigating a large funeral that took place in Shepparton weeks earlier, when the city was not under a full lockdown.

"I know we're looking at what the numbers were, as to whether they exceeded," he said.

He said the DHHS was looking at whether any risks were posed at the event.

Commissioner Patton did not confirm whether the reported funeral took place this weekend.