The system roared across the state this afternoon, from the Central West to the coast, bringing torrential rain, hail and thousands of lightning strikes.

It's been a wild end to the week with a storm smashing its way through NSW.

The system roared across the state this afternoon, from the Central West to the coast, bringing torrential rain, hail and thousands of lightning strikes.

In Castlereagh, trees came down, toppling powerlines and crushing a car bonnet, putting the driver in hospital. 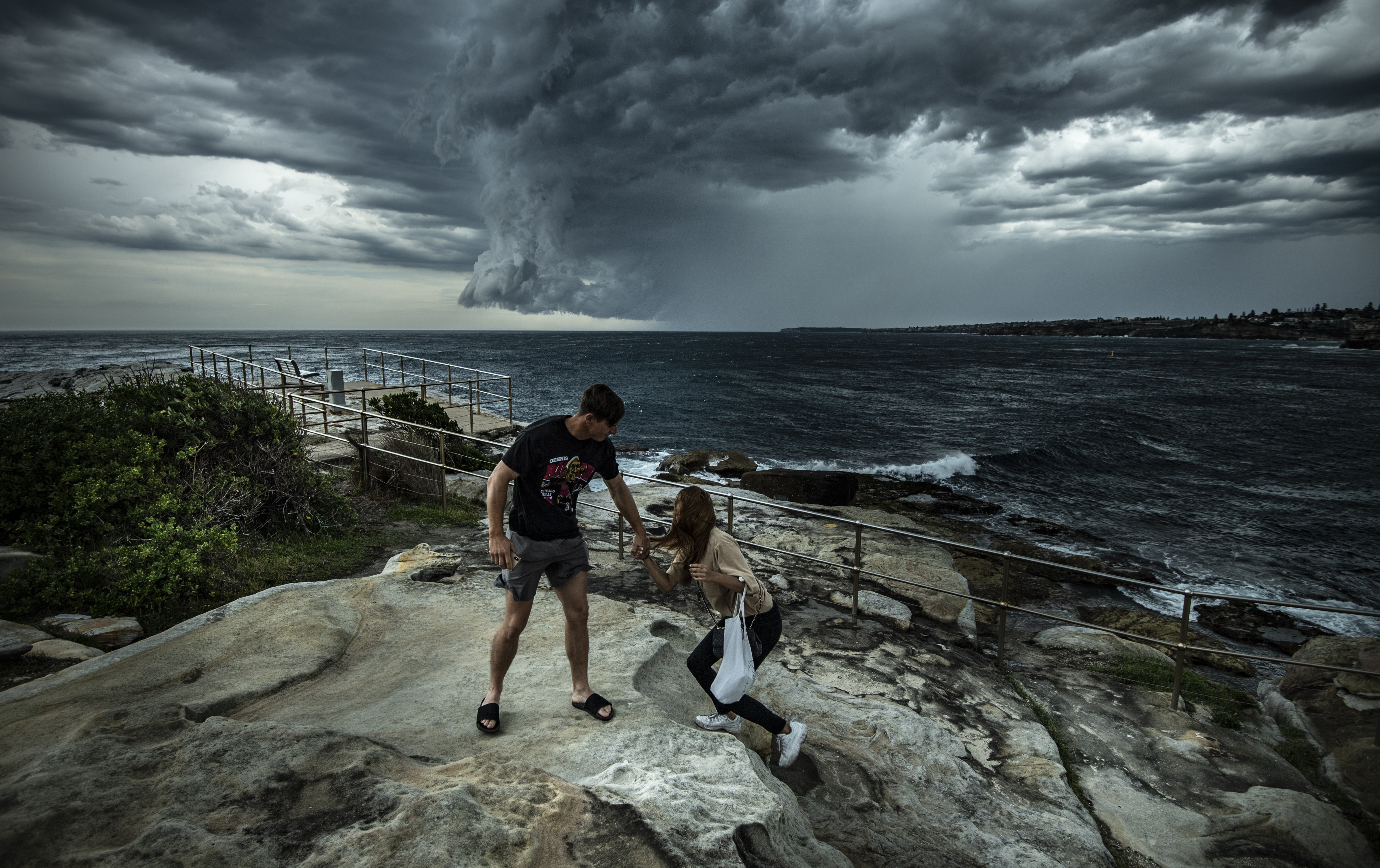 South of Sydney, the hail coated parts of the Royal National Park in white, while in Dubbo and parts of the Central West the hail was also thick and fast.

While the storm caught many off guard with how quickly it moved in, the worst of it has now moved out to sea.

Thousands across the state were placed on alert after the sudden and extreme weather brought heavy hail, destructive winds and lightning and even stark temperature drops to parts of the state. 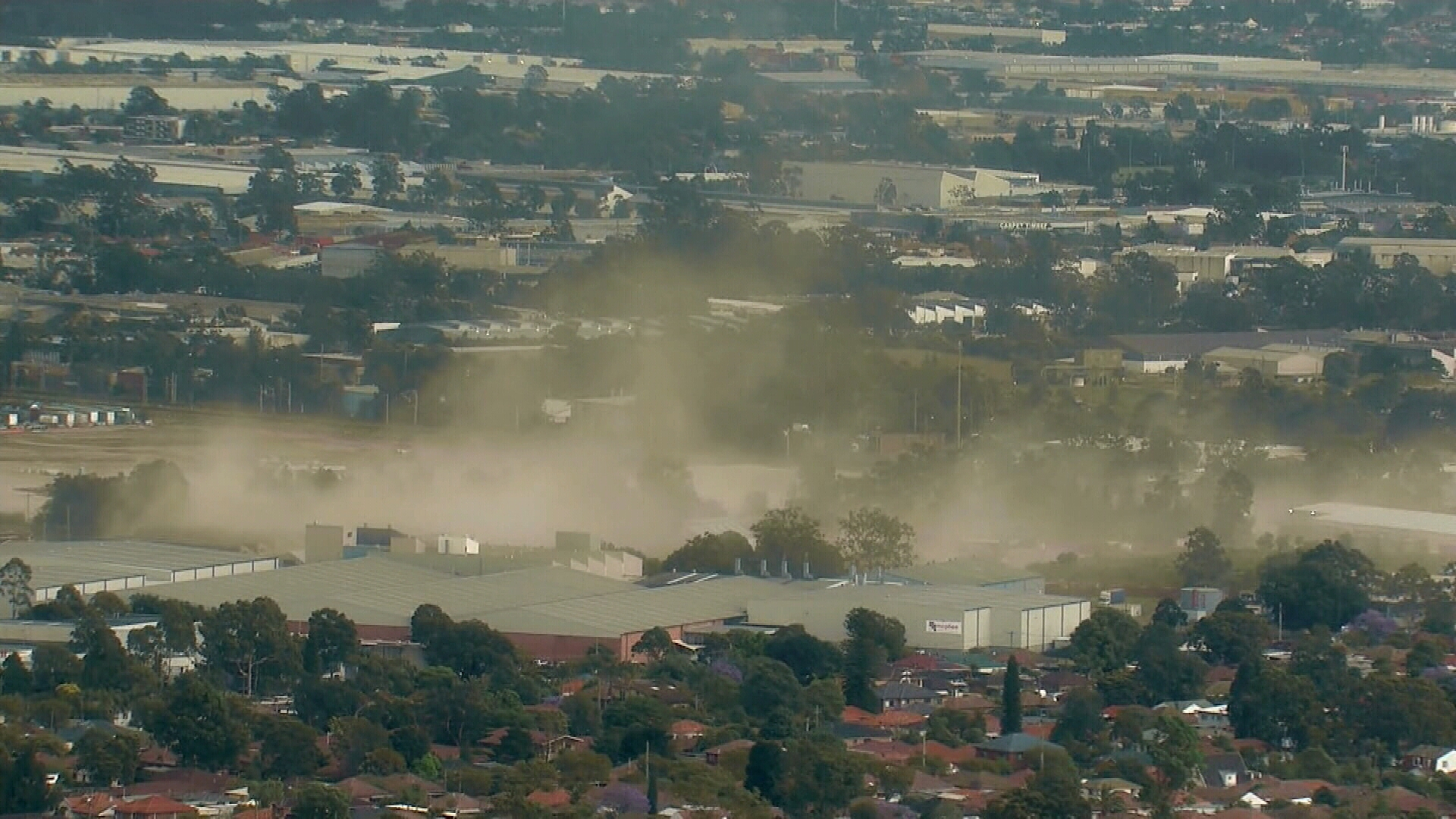 In Bundanoon, in the state's Southern Highlands, a resident posted pictures of her garden covered in a thick layer of ice.

"I'm still shivering from the hail pelting down on me. I just felt the power of a storm go all through my body," she said in a post on Facebook.

Similar images have emerged from around the state after a single set of extreme and fast-moving storms slammed much of the central tablelands with damaging winds, hail and lightning. 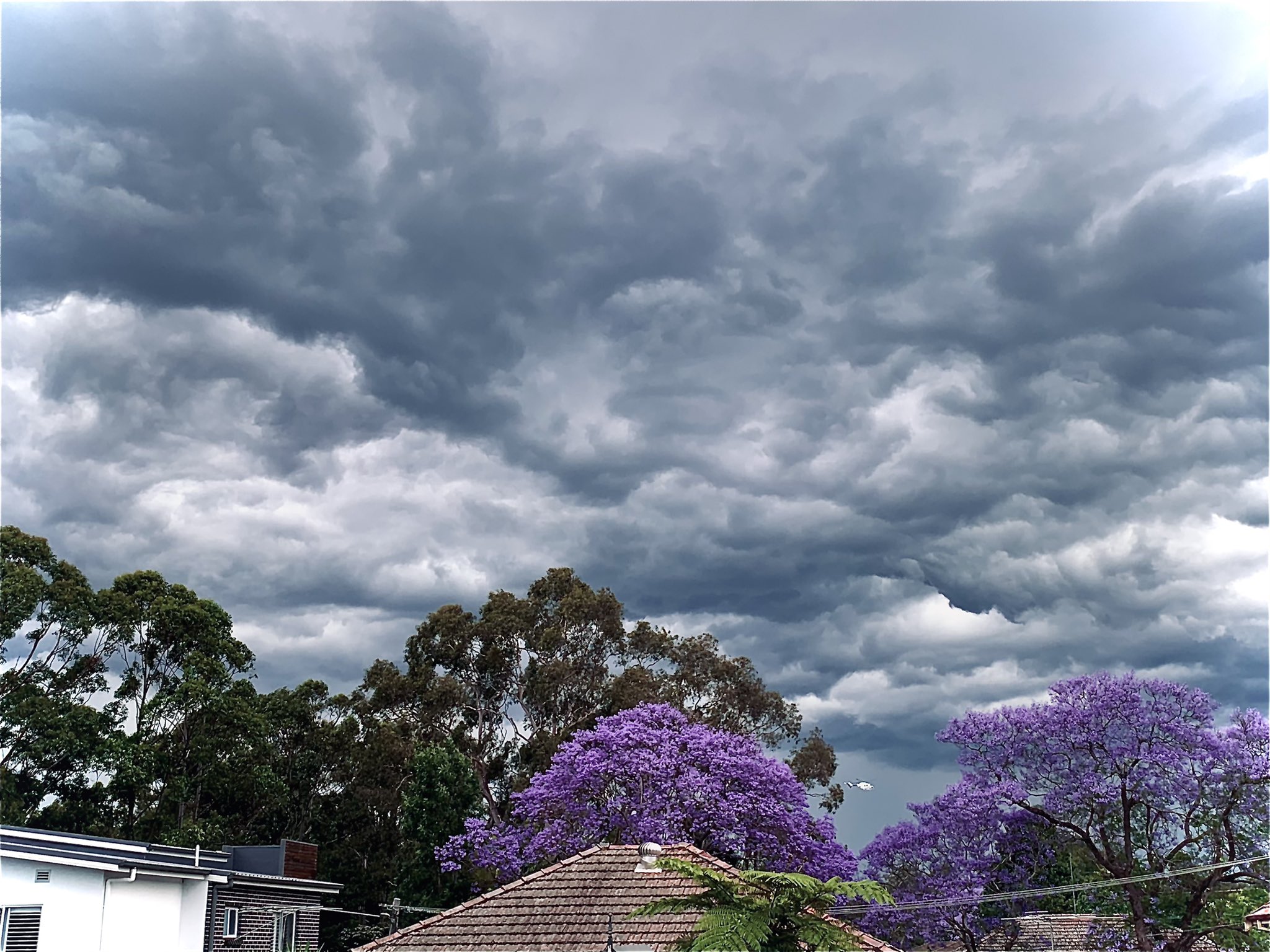 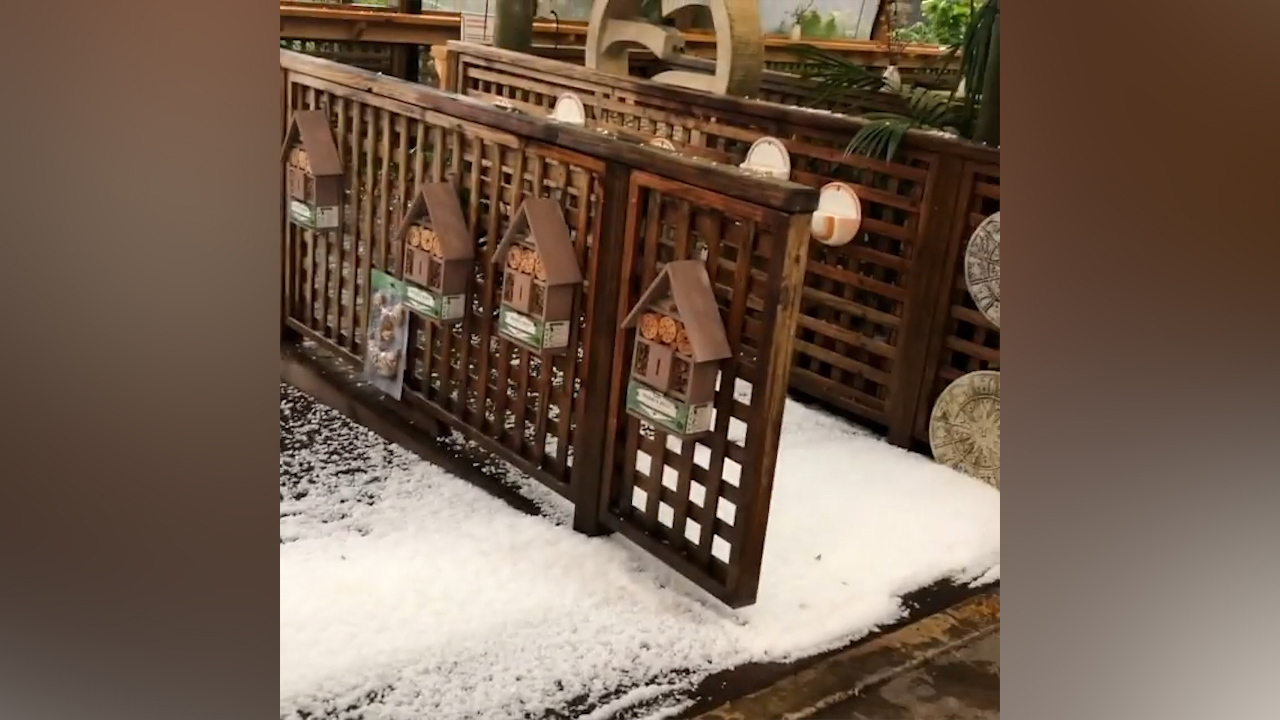 The Bureau of Meteorology (BoM) issued a warning shortly after 1pm as Dubbo and surrounding areas bore the brunt of the extreme weather - with 2.5 centimetre hailstones falling. 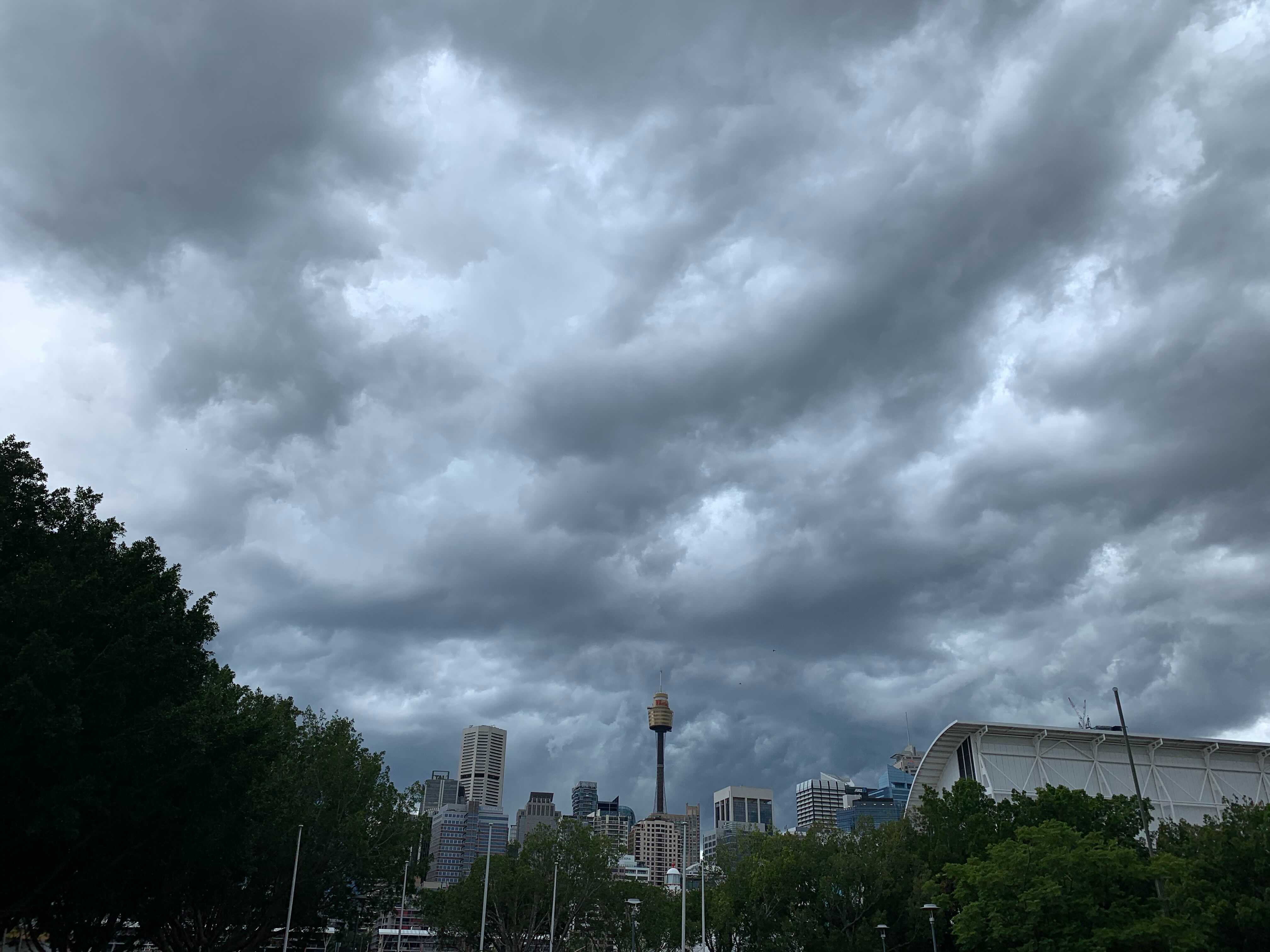 Conditions were intense in central NSW, producing wind gusts of 89km/h at Port Botany, 82km/h at Nobbys Head and Singleton and 80km/h at Sydney Airport.

Sydney's temperatures dropped by more than 8C in the space of three hours, with 3000 lightning strikes recorded across the city.

The storm even caused a mini-duststorm at Villawood with strong winds whipping the ground up as a massive storm cell swept across the city. 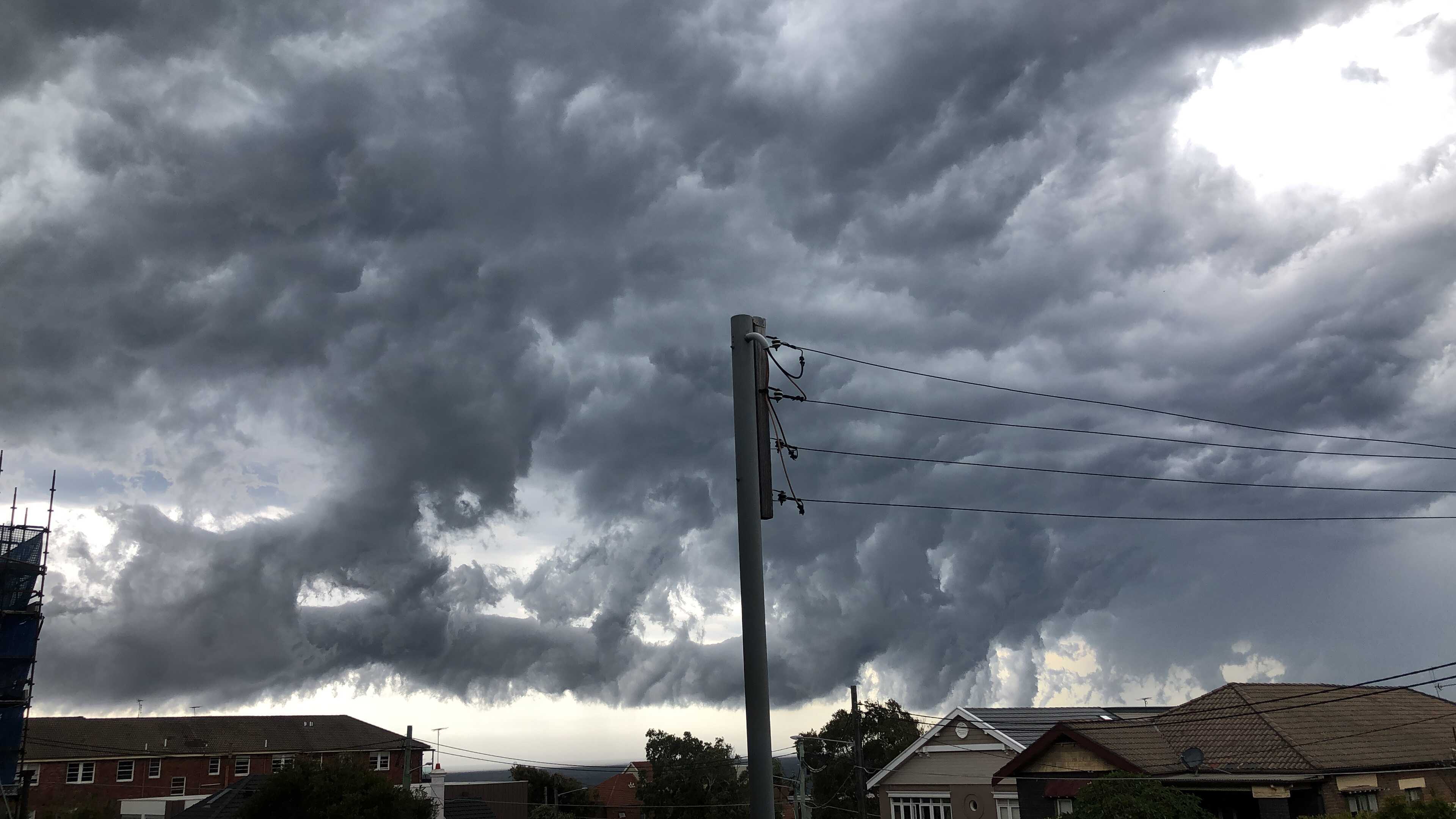 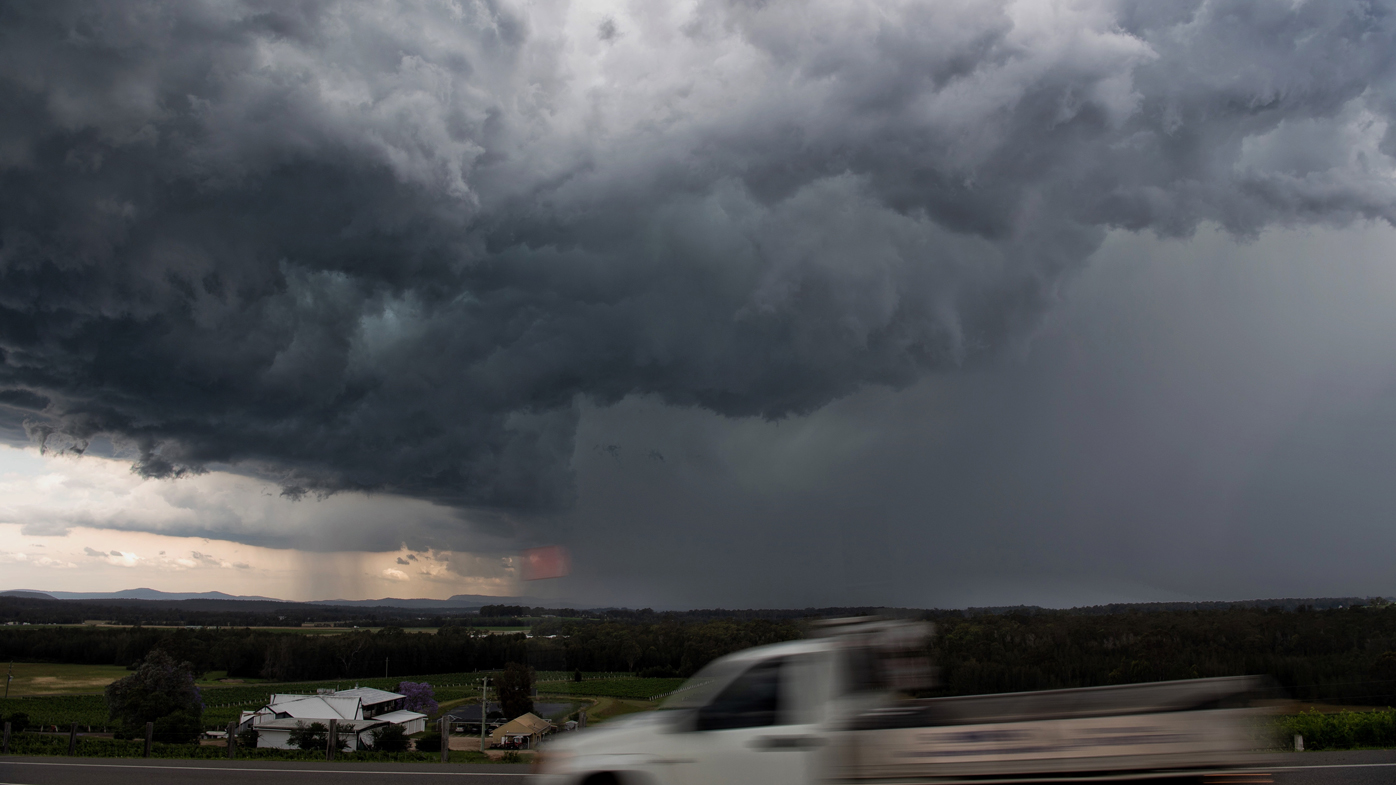 In the north, stormwater drains overflowed in Newcastle while Helensburgh was pounded by violent hail 200km south.

Pat Walsh was driving through Narromine around 1pm when hail started to fall and said the stones measured up to 2.5 centimetres.

"The temp was 31 degrees then dropped to 14 degrees in the storm," he said.

The storms aren't expected to bring heavy rain however winds in excess of 80km/h have already been recorded in some areas.

The weather is forecast to affect Belmont, Cessnock, Swansea and Lake Macquarie by 3:15 pm and Charlestown, Cardiff, Boolaroo and Warners Bay by 3:45 pm.

READ:  Megan Fox And Machine Gun Kelly Are Instagram Official: 'Waited For Eternity To Find You'

"We could see giant hail in the Sydney Basin ... this is the realm of possibility," Weatherzone meteorologist Joel Pippard told nine.com.au. 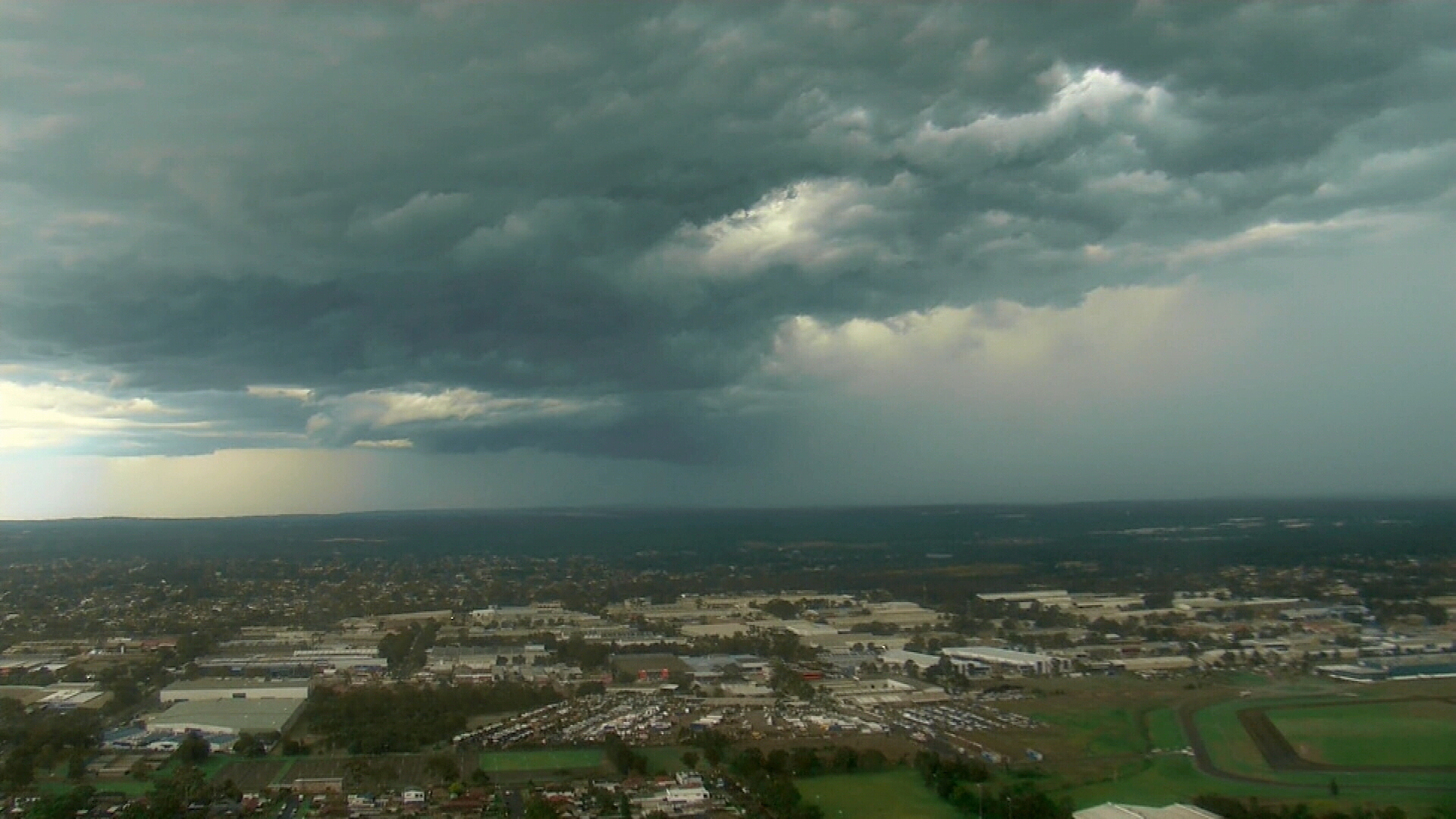 There have already been 150,000 lightning strikes within a 200km radius across the central tablelands since midday.

Mr Pippard said that number could double by tonight.

The SES is urging people to move cars undercover and away from powerlines.

The wild weather comes as Australia marks one year since some of the most devastating bushfires in the nation's history.

In what is now referred to as 'Black Summer', 3000 homes destroyed and three billion animals were killed or displaced.