After what has been an extremely dry period during Australia’s worst bushfire season, areas of Victoria and New South Wales have experienced severe thunderstorms, hail and dust that are not expected to subside any time soon. Overwhelming amo… 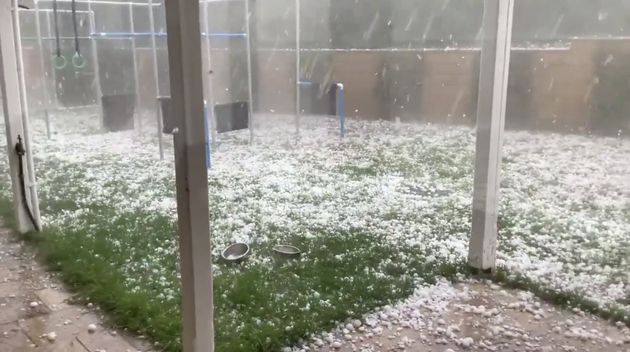 After what has been an extremely dry period during Australia’s worst bushfire season, areas of Victoria and New South Wales have experienced severe thunderstorms, hail and dust that are not expected to subside any time soon.

Overwhelming amounts of dust swept across Central West of NSW on Sunday, with social media users sharing images of brown clouds across a dark sky in Dubbo, Parkes and surrounding areas. 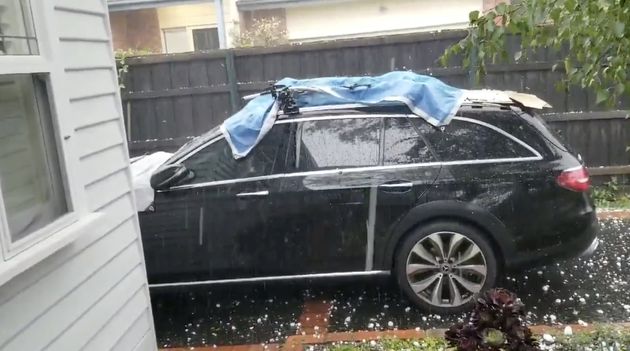 Out front of my house pic.twitter.com/oe3A9wqQjR

Huge #duststorm rolling into #Dubbo#NSW yesterday like a dust tsunami!

The #drought in #Australia is intense, with the frequency of particulate storms on the rise + more to come with summer in full swing.

Dust storm with a rain storm right behind it... central NSW, Australia pic.twitter.com/pXRoOgtZGa

On Monday the Bureau of Meteorology confirmed that “severe weather warnings” remain in place for much of central and eastern Victoria, with “damaging winds, large hail and burst of heavy rainfall” expected to spread to New South Wales for a downpour lasting at least three more days.

A large line of storms can be seen over northern #Victoria and extending into #NSW. Storms are producing heavy falls with Bloomfield Park (Everton) recording 27mm in the hour between 8am and 9am. Storms are forecast to affect #Melbourne in the afternoon. https://t.co/yYaQMrmw1ipic.twitter.com/8PcwyIZX51

A low pressure trough developing over central #Victoria and #NSW will trigger thunderstorms and widespread rainfall for the next 3 days. Heaviest falls expected in central and eastern Victoria.
Below is the forecast accumulated totals for the 3 days. https://t.co/A4eC8eXHQbpic.twitter.com/PtjR4LcHpD

Favourable conditions today across the state for more severe #thunderstorms , most likely from the afternoon. Thunderstorms will be fast moving and have the potential may bring damaging winds, large hail and burst of heavy rainfall as they quickly move across the landscape. pic.twitter.com/zTvk7gAg8D

Golfball-sized hailstones hit various parts of Victoria on Sunday with social media users showing what they collected from their backyards.

One social media user on Twitter, @Peteshakes, said his daughter was out collecting buckets of the hail in a “lifejacket just in case”.

Another social media user who gave his name as Adam said that the storm damaged his solar panels on his house.

Got in just before some prick started hitting golf balls at me! #melbourneweather#ashburtonpic.twitter.com/96nVemFpFm

Meanwhile shoppers at a Woolworths in Melbourne suburb Templestowe were forced to evacuate on Sunday after the supermarket’s roof collapsed when hailstones fell through.

Victoria, New South Wales and Queensland, three of the states most affected by drought and bushfires welcomed the past week’s drenching rain, with fire services saying it would not extinguish all the blazes, but would greatly aid containment.

Firefighters continue to make the most of benign conditions to contain 75 bush fires, of which 25 are still to be contained.
Rain continues to fall across a number of firegrounds, however the Far South Coast and along the border are still yet to receive any moisture. #nswrfspic.twitter.com/7367WaAnuP

Severe storms are forecast to continue in many fire-stricken regions of New South Wales and Queensland, including areas that have not seen heavy falls for years, weather officials in New South Wales said, slightly easing a three-year drought.

The 2019/2020 bushfire season death toll stands at 28, 10.3 million hectares of land has been burnt, a billion animals are feared to have perished,  thousands of people have been evacuated from holiday beaches, and more than 1900 homes have been destroyed.