The man held over the killing of three people at a park in the United Kingdom was known to security services, reports say.

The man held over the killing of three people at a park in the United Kingdom was known to security services, reports say.

A 25-year-old man arrested on suspicion of murder after a stabbing spree in the southern English town of Reading remains in police custody.

A Western security source, speaking on condition of anonymity, told Reuters the man, who remains in police custody, is a Libyan called Khairi Saadallah.

The BBC reports that Mr Saadallah, who lived in Reading, was investigated by British security services last year over concerns he planned to travel abroad to join a jihadi group, but that he was not determined to be a major threat. 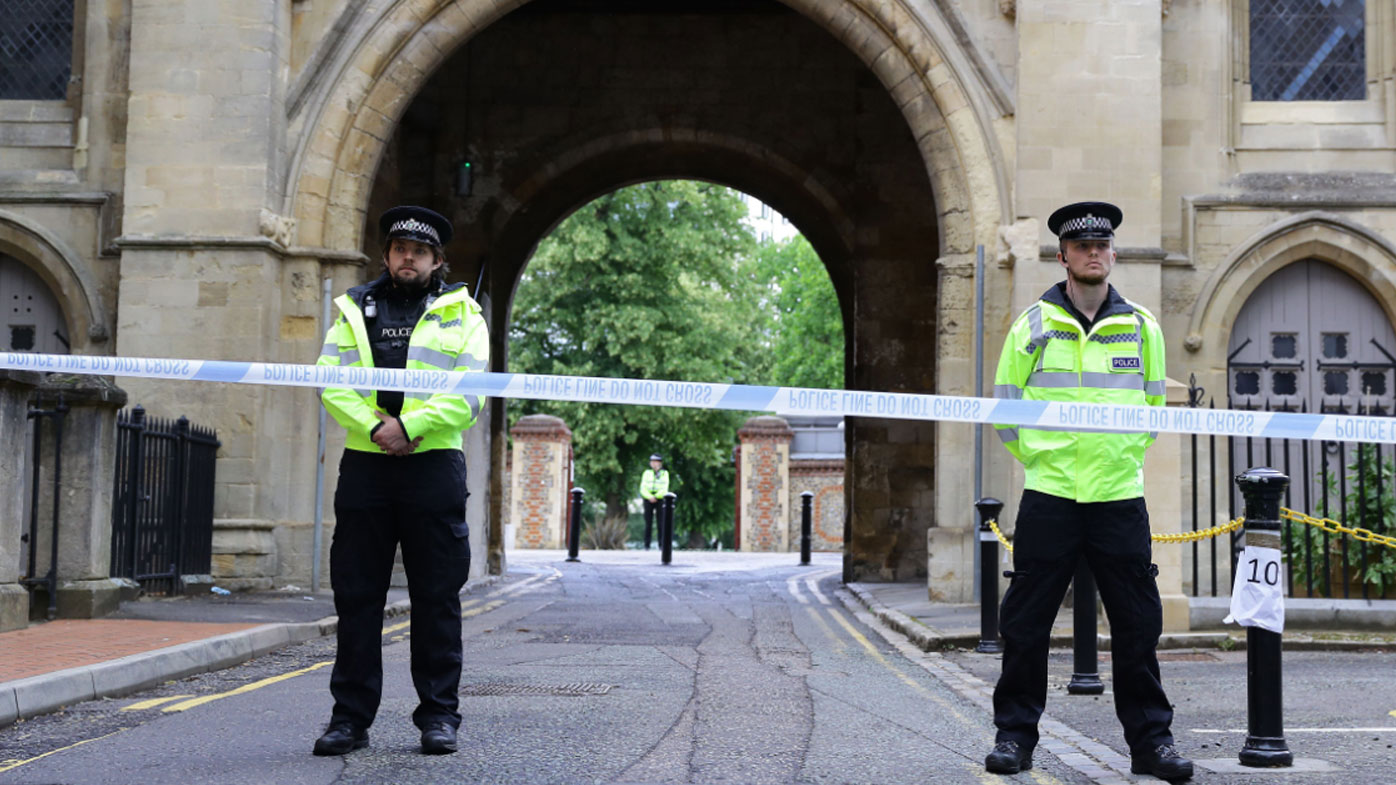 Witnesses said a man went on the rampage at around 6pm on Saturday (3am Sunday AEST) in Forbury Gardens, stabbing at random at people who had gathered in the park on a sunny summer evening in Reading, about 65km west of London.

A witness the man suddenly shouted unintelligibly and then veered toward a group of about eight to 10 friends and began stabbing them.

"He stood up and I saw a massive knife in his hand, probably at least five inches (13cm) minimum."

A neighbour of Mr Saadallah told 9News he seemed "chilled" and was shocked by his alleged actions.

"He's chilled and I used to sit with him and have a laugh with him. He seemed alright," the man said. 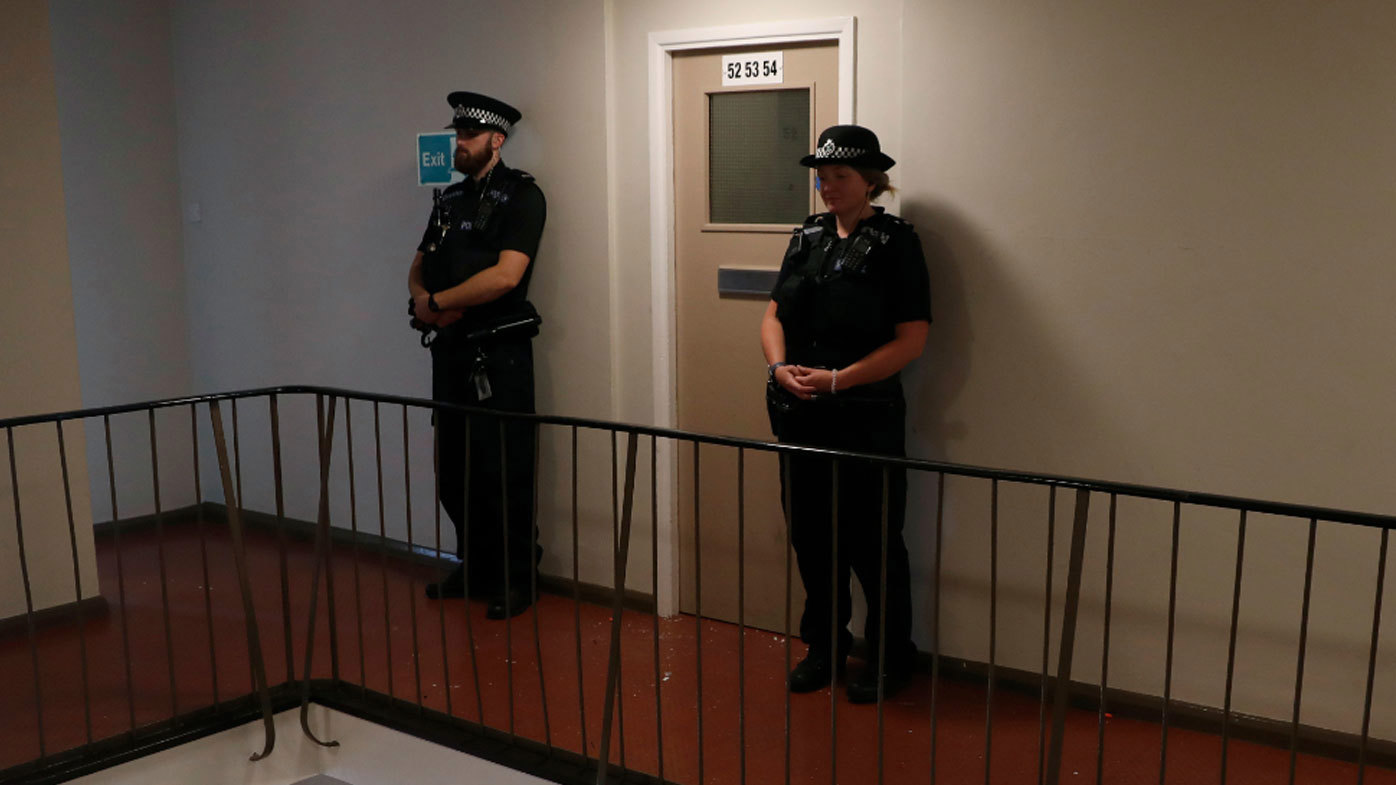 "How can someone be like that and be so normal two days ago and just go and do that."

Meanwhile, one victim has been named as teacher James Furlong, 36, who taught at a nearby school in Wokingham.

His parents Gary and Janet, have released a statement praising their son.

"James was a wonderful man. He was beautiful, intelligent, honest and fun," the statement said.

"He was the best son, brother, uncle and partner you could wish for. We are thankful for the memories he gave us all. We will never forget him and he will live in our hearts forever." 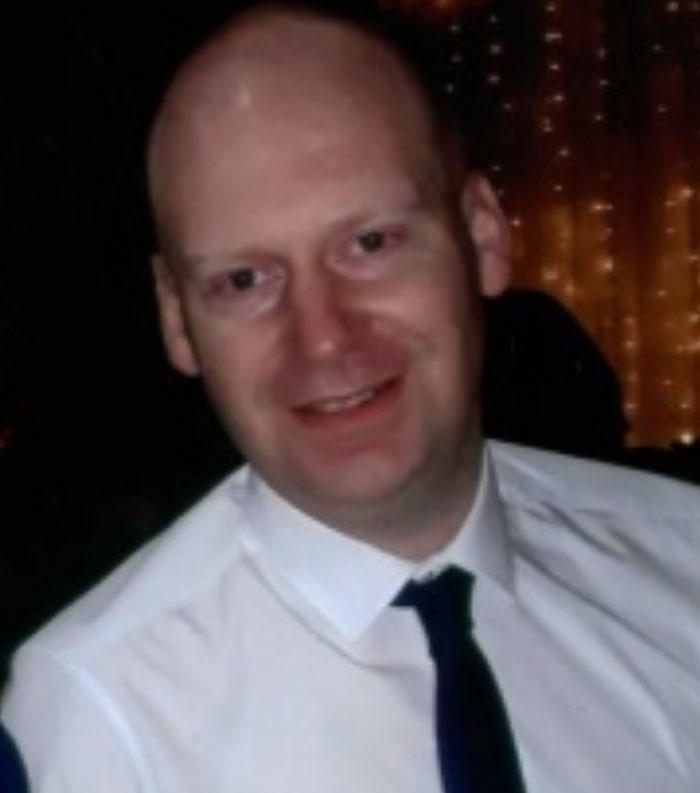 Britain's most senior counter-terrorism police officer, Neil Basu, said a man had run into Forbury Gardens and attacked people with a knife before being detained by unarmed officers.He said it had been declared terrorism after detectives worked through the night on the case.

"This was an atrocity," Mr Basu said.

He said there was nothing to suggest anyone else was involved and they were not hunting further suspects.While the motivation for the attack was far from certain, he said there was no intelligence that crowded places were at risk.

Counter terrorism authorities are now searching for any video footage of the incident that may exist, but have urged for it to not be shared online via social media.

He said he was "appalled and sickened" by the attack and said Britain would change the law if needed to prevent any future incidents.

"If there are lessons we need to learn ... we will learn those lessons and we will not hesitate to take action if necessary," he said. 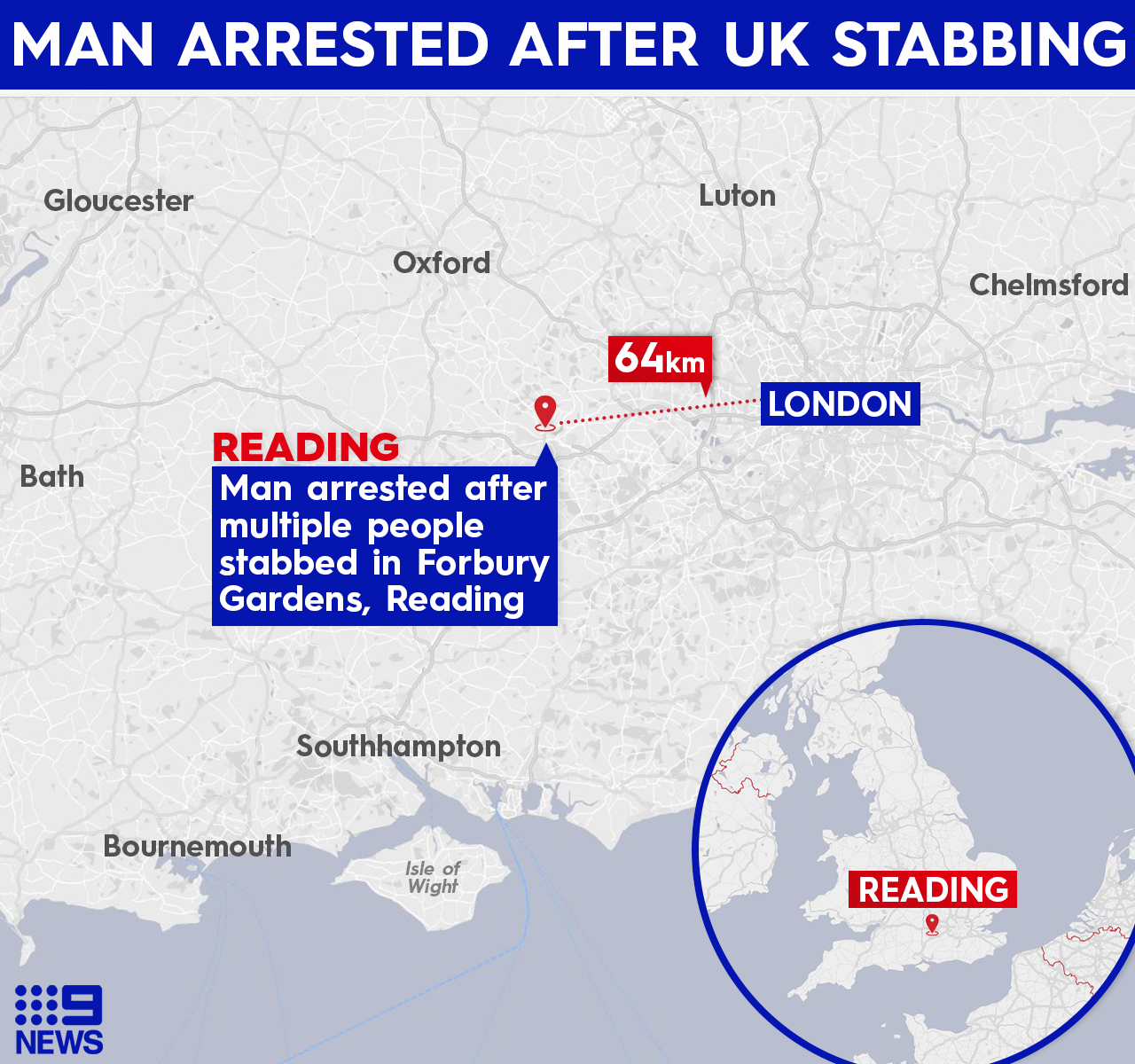 While the motivation for the attack was far from certain, he said there was no intelligence that crowded places were at risk.

"Incidents of this nature are very rare, though I know that will be of little comfort to those involved and understand the concern that this incident will have caused amongst our local community.

"Police cordons continue to be in place and are likely to be for some time as (counter terrorism police) work further to investigate this incident and establish exactly what happened." 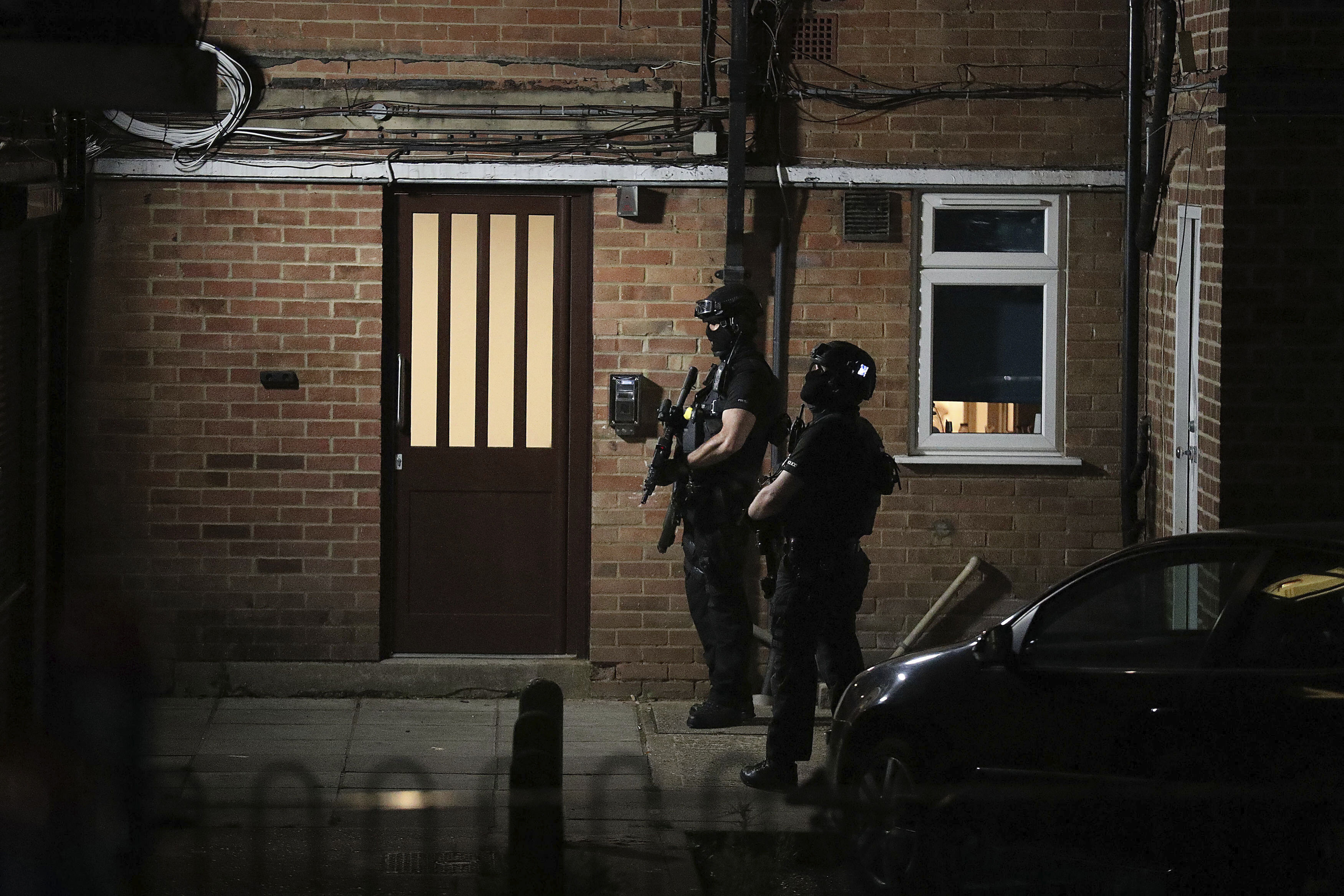 Counter terrorism authorities are now searching for any video footage of the incident that may exist, but have urged for it to not be shared online via social media.

A witness who spoke to the BBC, Lawrence Wort, said the attack began when a man suddenly veered toward a group of about eight to 10 friends and began stabbing them, "so the first three he got so completely out of the blue, he got very badly".

Wort said the assailant locked eyes with him and the person he was with and started coming toward them, but they ran away, at which point the man turned back to attack another group. 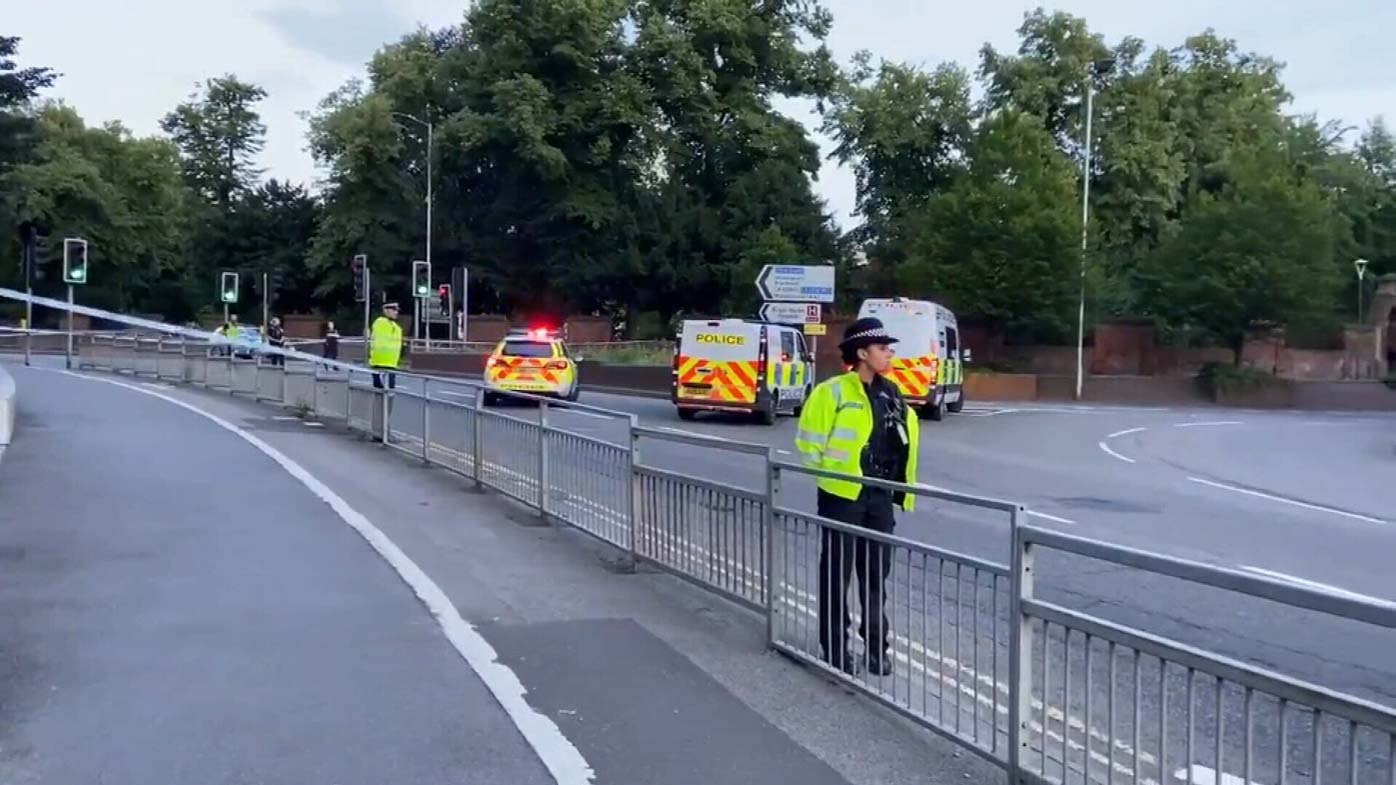 "The park was pretty full, a lot of people sat around drinking with friends, when one lone person walked through, suddenly shouted some unintelligible words and went around a large group of around 10, trying to stab them.

"When he realised that he couldn't catch us, he tried to stab another group sat down, he got one person in the back of the neck and then when he realised everyone was starting to run, he ran out the park.

"When everyone started running from the scene, the attacker ran from the park, Wort said.

Reading MP Matt Rodda said the park, located in an historic area of the town, was typically busy on a Saturday evening.

"It's used by people to sit and meet with friends and obviously at the moment people have been meeting there, observing social distancing, and just chatting to friends peacefully in a park," Rodda told Sky News. 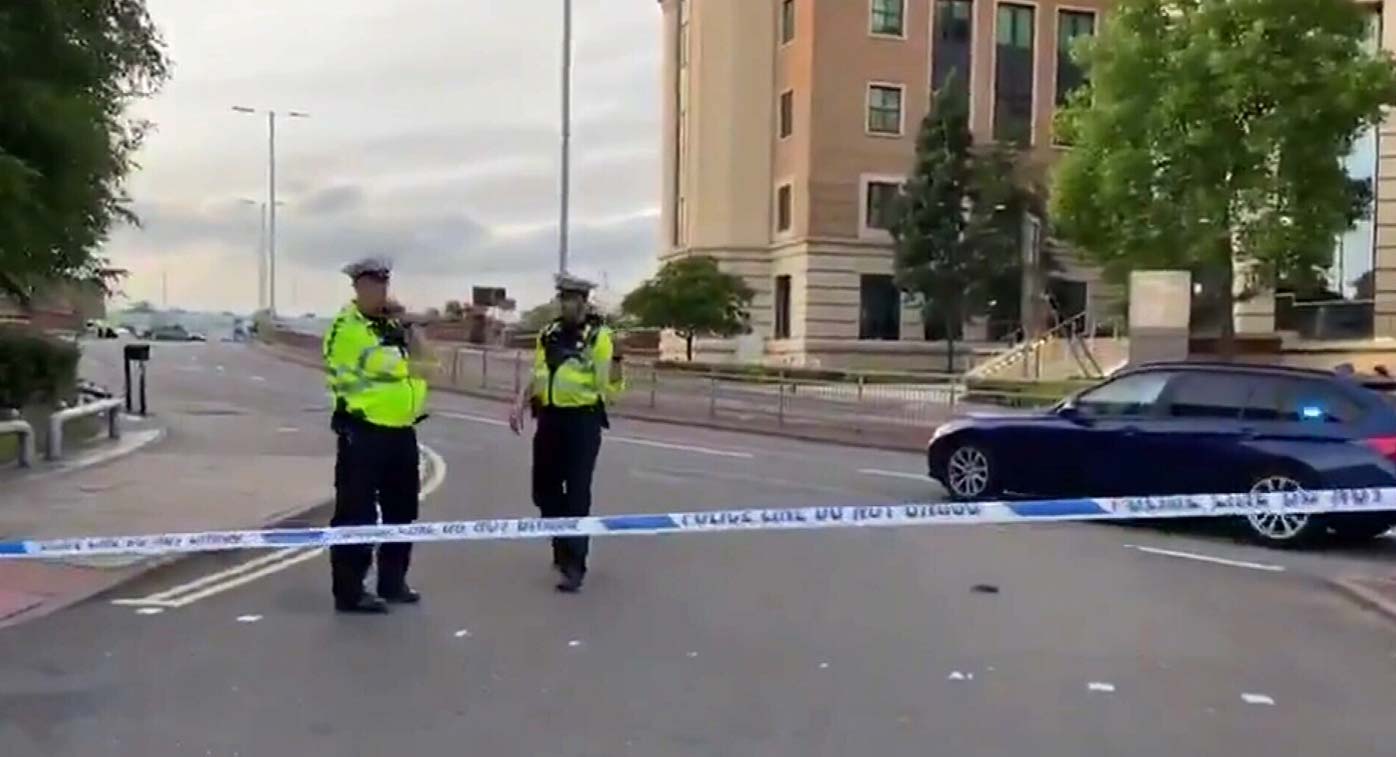 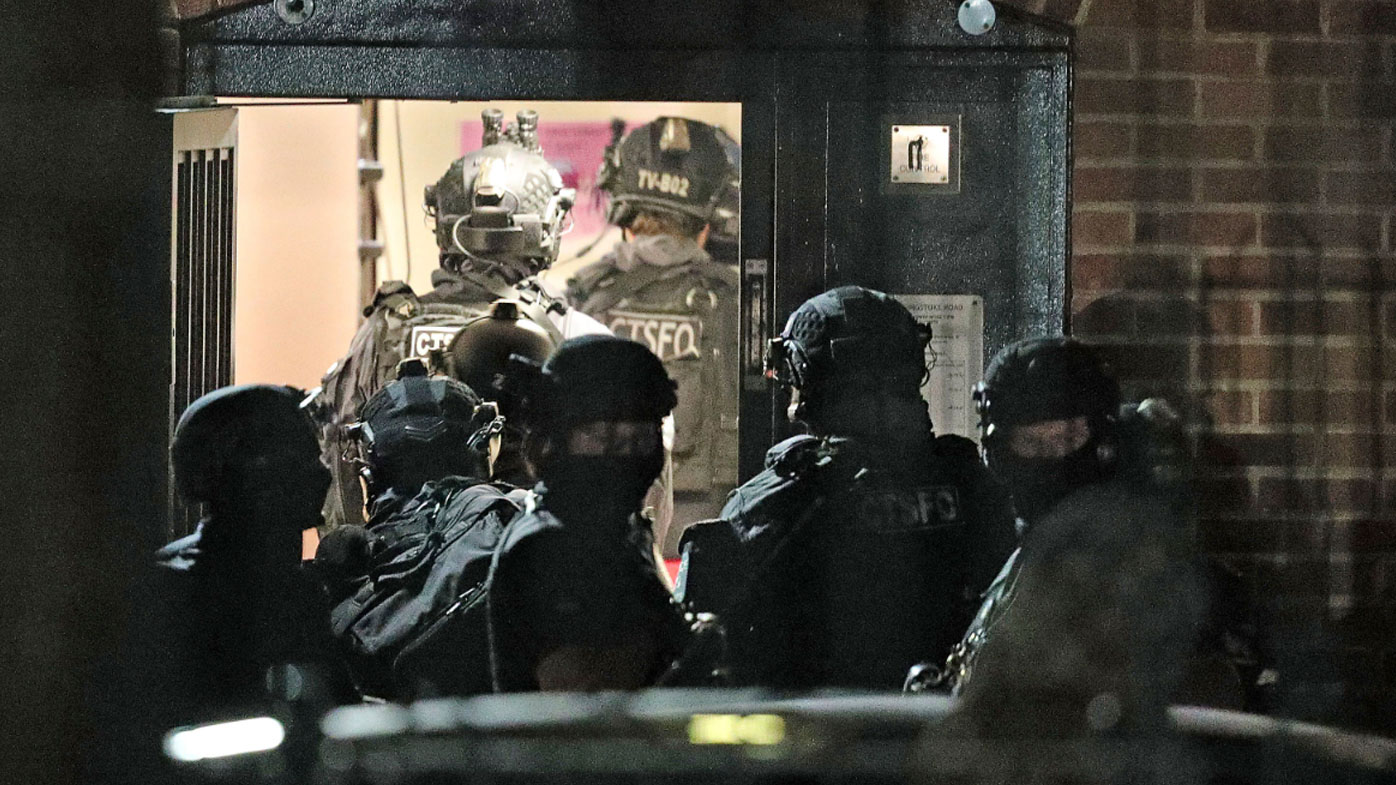 "This incident happened in that kind of environment so it's really quite deeply shocking for local people."

Current coronavirus restrictions mean venues like pubs are closed, so many people in Britain gather in parks in the evenings to meet friends.

The attack took place at the site of a Black Lives Matter anti-racism protest in the town earlier on Saturday but police said it was not connected.

"There have been some reports that this incident was linked to the Black Lives Matter protest which took place in Reading earlier this afternoon," Hunter said. "I can confirm that this incident is not connected. It occurred around three hours after the protest had concluded."