Everyone on board the plane have died with witnesses describing the scene as “terrifying”.

Seven people have died when a military plane crashed in Nigeria on Sunday, killing everyone on board, officials have confirmed.

The King Air 350 plane had just taken off from the airport in Abuja, Nigeria's capital, when it reported engine failure and tried to return, Ibikunle Daramola, a spokesman for the Nigerian Air Force, said in a tweet.

"First responders are at the scene. Sadly, all seven personnel on board died in the crash," he said. 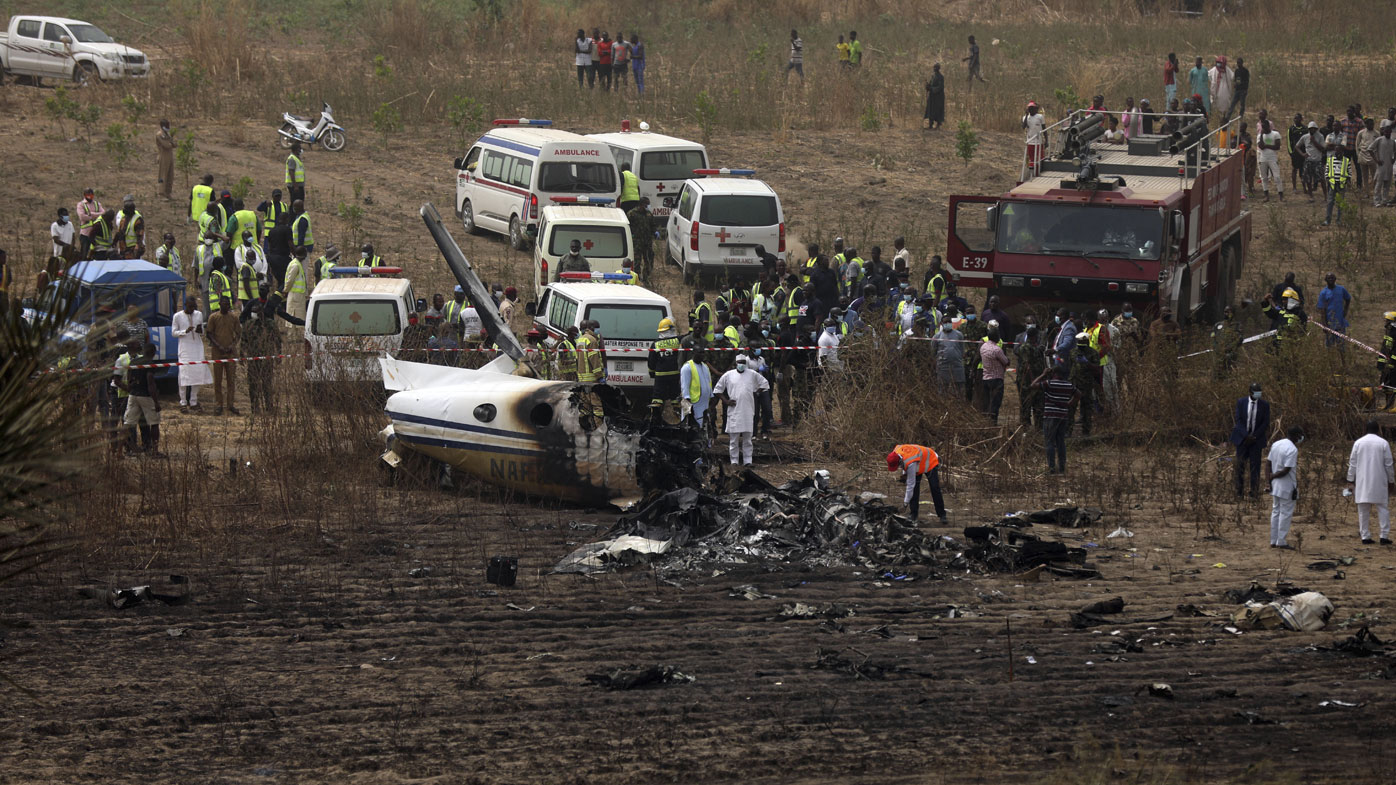 Hadi Sirika, the minister of aviation, also tweeted that the crash "appears to be fatal" and urged calm as an investigation by the military is carried out.

The plane was headed to Minna city, approximately 100 kilometres northwest of Abuja.

Witnesses at the site said the crash was terrifying.

"Everybody there was screaming full of disbelief," Olugbenga Alaade, a government employee who said he has worked at the airport for nine years and who saw the crash, told The Associated Press by phone.

It has been at least a decade since a plane has crashed at that airport, he said

Photos of the crash site show black clouds of smoke over parts of the shattered plane.

Witnesses told local media they saw the plane struggling to turn around and get back to the airport before the plane exploded.