Senators will be formally sworn in as jurors on Tuesday for the second impeachment trial of former President Donald Trump, though the trial won't get into full swing until the week of February 8.

But the first test of Republicans' attitudes toward the trial could come quickly. Sen. Rand Paul, a Kentucky Republican, may try to force a procedural vote as soon as Tuesday afternoon on whether the Senate trial of the former President is constitutional, according to a GOP source.

The test vote, which jumps onto an argument that a faction of Senate Republicans have adopted going into trial, is likely to be defeated, but it could give more clues about how many Republicans are open to voting to convict Trump. 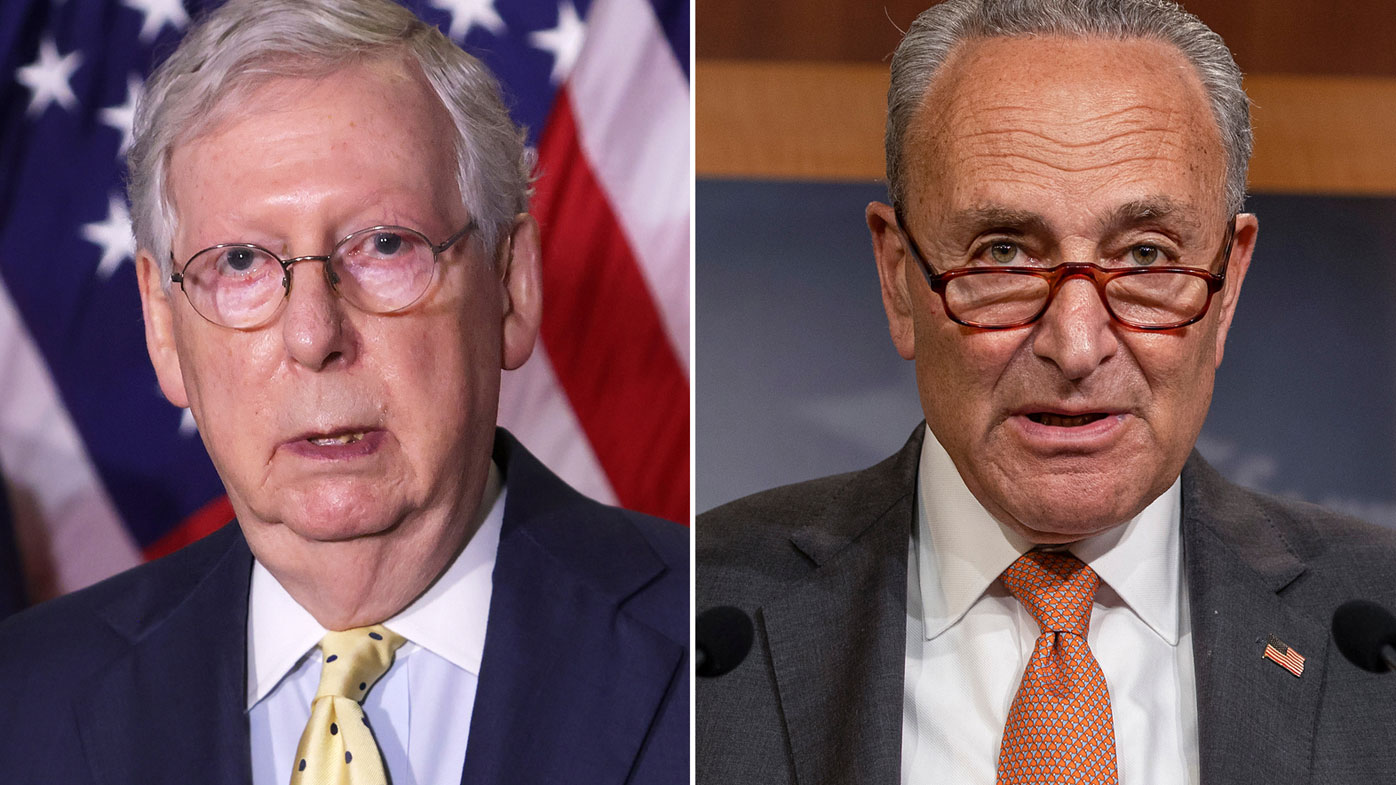 On Monday, the House impeachment managers, a group of Democratic lawmakers who will act as prosecutors presenting the case against Trump during the trial, delivered the single article of impeachment to the Senate. The article, approved by the Democrat-led House, charges Trump with incitement of insurrection for provoking the attack on the US Capitol that left multiple people dead.

The two-week break until the trial begins will give both sides more time to prepare for the trial. Trump is still hiring lawyers for his impeachment legal defence team, which is being led by South Carolina lawyer Butch Bowers.

As the House impeachment managers put together their plans for the trial, they are considering using a variety of video evidence to show how the rioters were responding to former President Donald Trump's own words when they breached the Capitol, according to sources familiar with the deliberations.

The impeachment managers are still wading through the huge amount of video that exists from January 6 to determine what they should use at the trial, the sources said, including video posted to the conservative social media site Parler.

The House's impeachment team has taken an interest in a 10-minute video compilation from the national security forum Just Security, which uses social media posts from rioters on Facebook and Parler to illustrate how they were reacting in real-time to Trump's comments at the January 6 rally as well as Trump's social media posts when they attacked the Capitol. 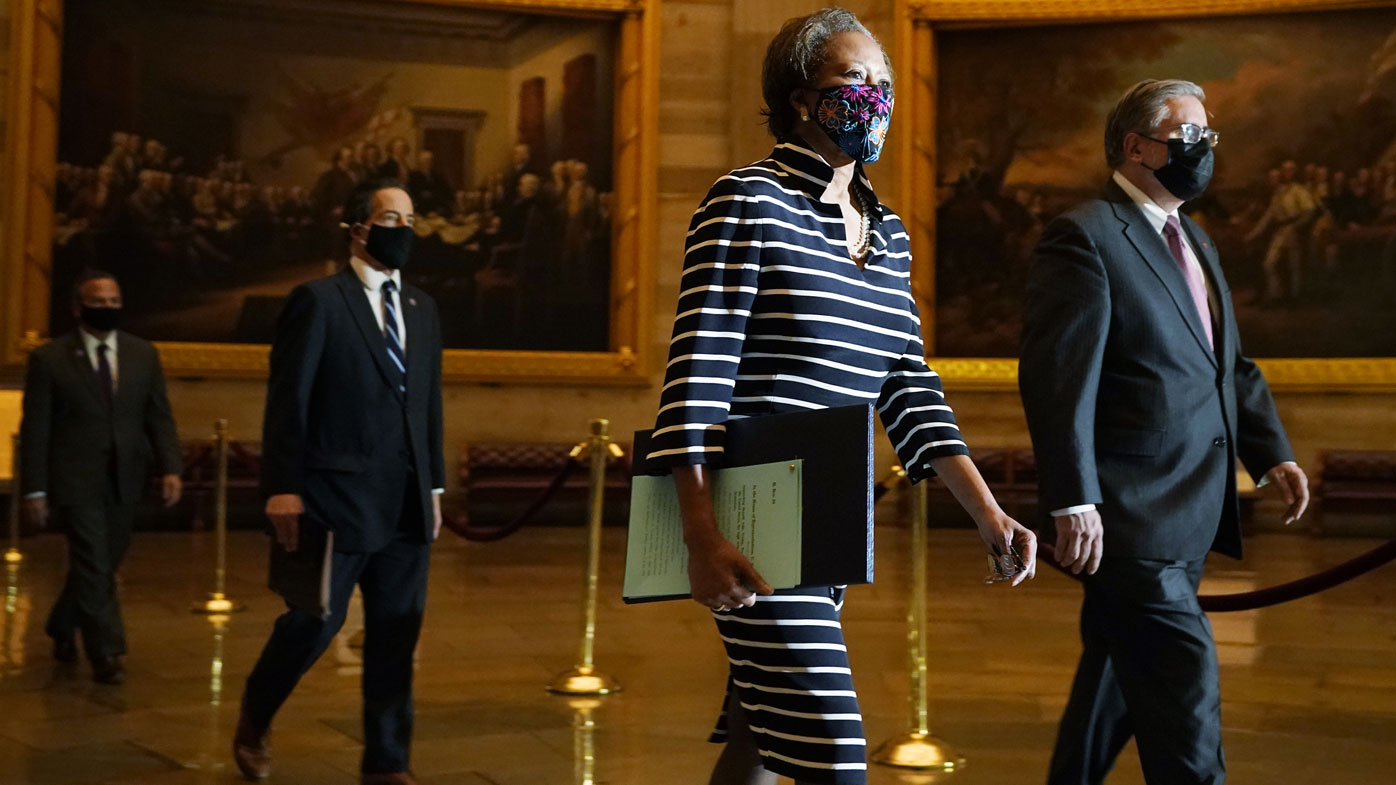 No decisions have been finalised about how to use the video. The Washington Post first reported on the impeachment managers' interest in the Just Security clip.

At the first Trump impeachment trial, House impeachment managers also used video to bolster their case that Trump had pushed for Ukraine's help to investigate his political opponent, Joe Biden. The use of video for the upcoming trial is even more compelling given the disturbing images and video that have emerged of rioters ransacking the Capitol and attacking police officers.

The transmission of the article typically triggers a quick start to an impeachment trial, but Senate Majority Leader Chuck Schumer and Minority Leader Mitch McConnell reached a deal last week to push back the start date for the substance of the proceedings. That move will give Democrats more time to confirm Biden's Cabinet and potentially take up a new COVID-19 relief bill while Trump's defense team will have more time to prepare for trial.

It remains to be seen how long the trial will last, whether the House impeachment managers will seek witnesses and what the exact contours of the President's legal defense will be.

When the trial gets underway, one visible difference between the proceedings and Trump's first impeachment trial will be that instead of Chief Justice John Roberts, the Senate's longest-serving Democrat is expected to preside. 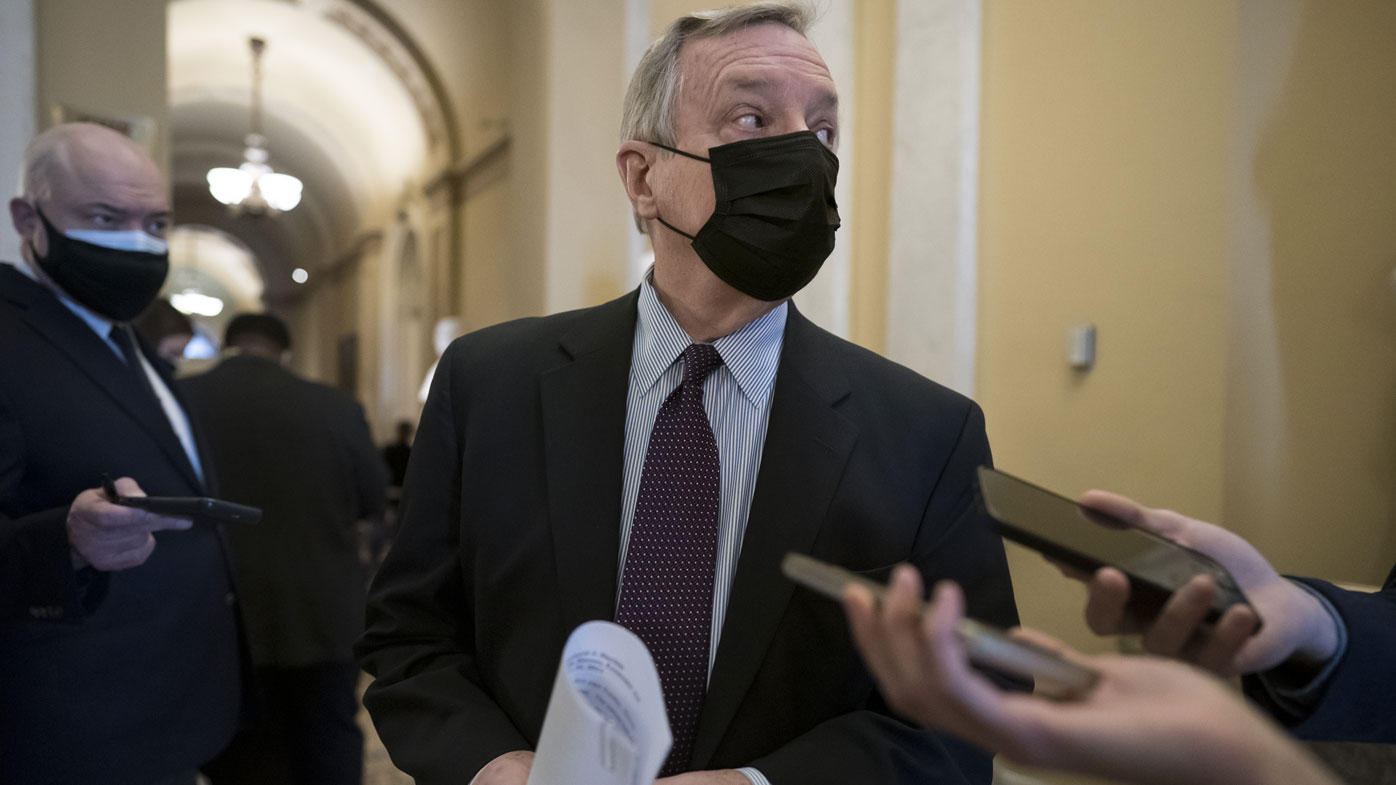 Roberts will not be presiding like he did for the first trial, two sources familiar with the matter told CNN Monday.

Instead, Sen. Patrick Leahy, the president pro tempore of the Senate, is expected to preside, the sources said. The Constitution says the chief justice presides when the person facing trial is the current president of the United States, but senators preside in other cases, one source said, and Trump's second trial will take place with him no longer in office.

The likelihood that Leahy will oversee the trial has raised questions about whether he will also be eligible to vote, but constitutional experts say that nothing would stop him from doing so.

It would take a two-thirds vote in the Senate to convict Trump, a high bar to clear that looks increasingly unlikely to happen as a number of Senate Republicans are already arguing that it's illogical and may be unconstitutional to impeach a former president.

Senate Republicans are hosting conservative legal scholar Jonathan Turley at their party lunch on Tuesday, according to a source familiar with the matter. Turley is one of the lead scholars arguing that impeaching Trump when he is out of office is unconstitutional.

Turley has written extensively in recent days about his belief that while reasonable people can disagree about whether or not it is constitutional to hold an impeachment trial for a former President, he wrote recently on his blog, "even if the Senate does not view this as extra-constitutional, it should view this trial as Constitutionally unsound."

Given the limited language in the Constitution on impeachment, legal experts disagree about whether the Senate can convict a former president. But Democrats have pointed to legal scholars on both ends of the political spectrum who say a trial is constitutional.

Under the agreement reached by Schumer and McConnell, several ceremonial functions of the trial will take place this week. On Tuesday, the Senate is also expected to issue a summons to Trump, another step in the process of organising for the trial to kick into high gear.

Then the trial will effectively be put on hold as the impeachment managers and Trump's legal team exchange pre-trial briefs for two weeks. The final briefs would be due on February 9, allowing the trial to begin in earnest.