A second Qantas plane has been dispatched to Wuhan to evacuate Australians trapped at the epicentre of the deadly coronavirus outbreak.

A second Qantas plane has been dispatched to Wuhan to evacuate Australians trapped at the epicentre of the deadly coronavirus outbreak.

Health Minister Greg Hunt said the flight with about 200 passengers is expected to arrive in Darwin in the Northern Territory to stay at a quarantine station in the coming days.

"We will be proceeding with a second mission, an assisted departure, for humanitarian purposes to Wuhan. We are expecting that that will be completed over the course of the weekend subject to all of the appropriate clearances," Mr Hunt told reporters this evening. 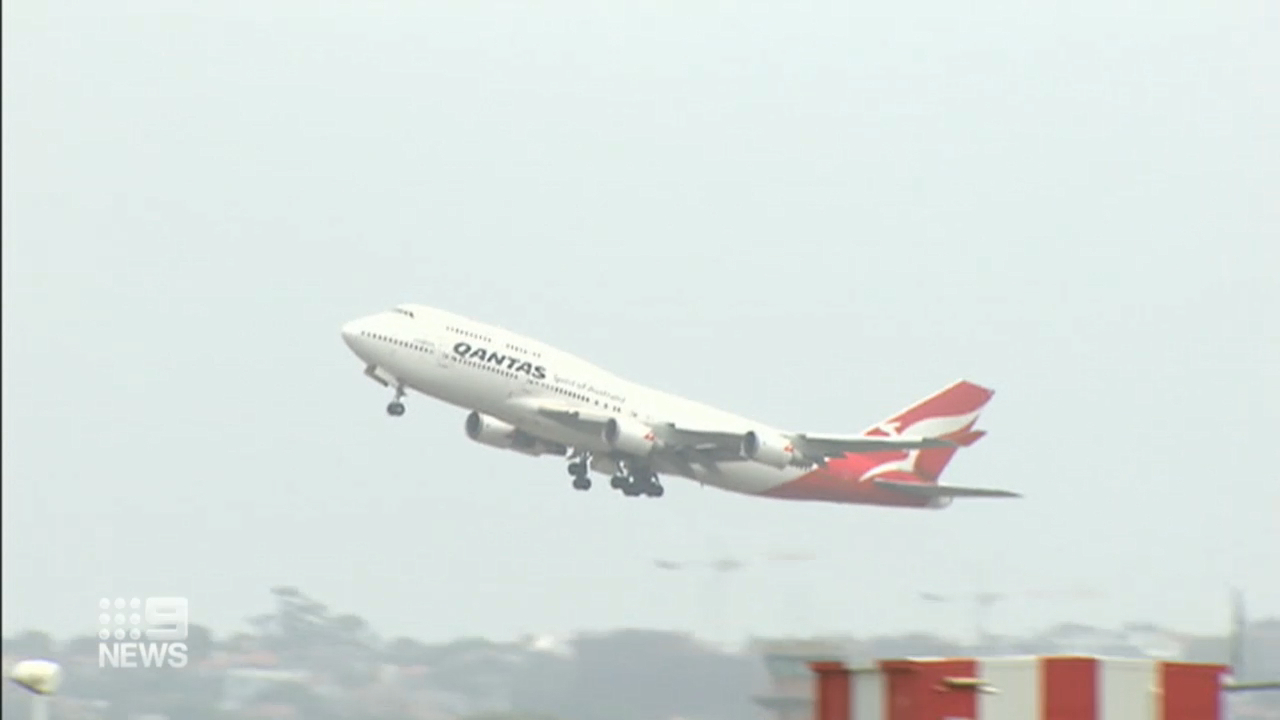 "As part of that, an Ozmat team has been dispatched and we expect that plane will arrive over the course of the weekend."

He said as Christmas Island has temporarily reached its quarantine capacity, passengers on the second evacuated flight will stay at an old mining camp in Howard Springs.

"I can confirm that Howard Springs will be operating as a temporary quarantine facility to house the second evacuation flight once it arrives in Darwin." 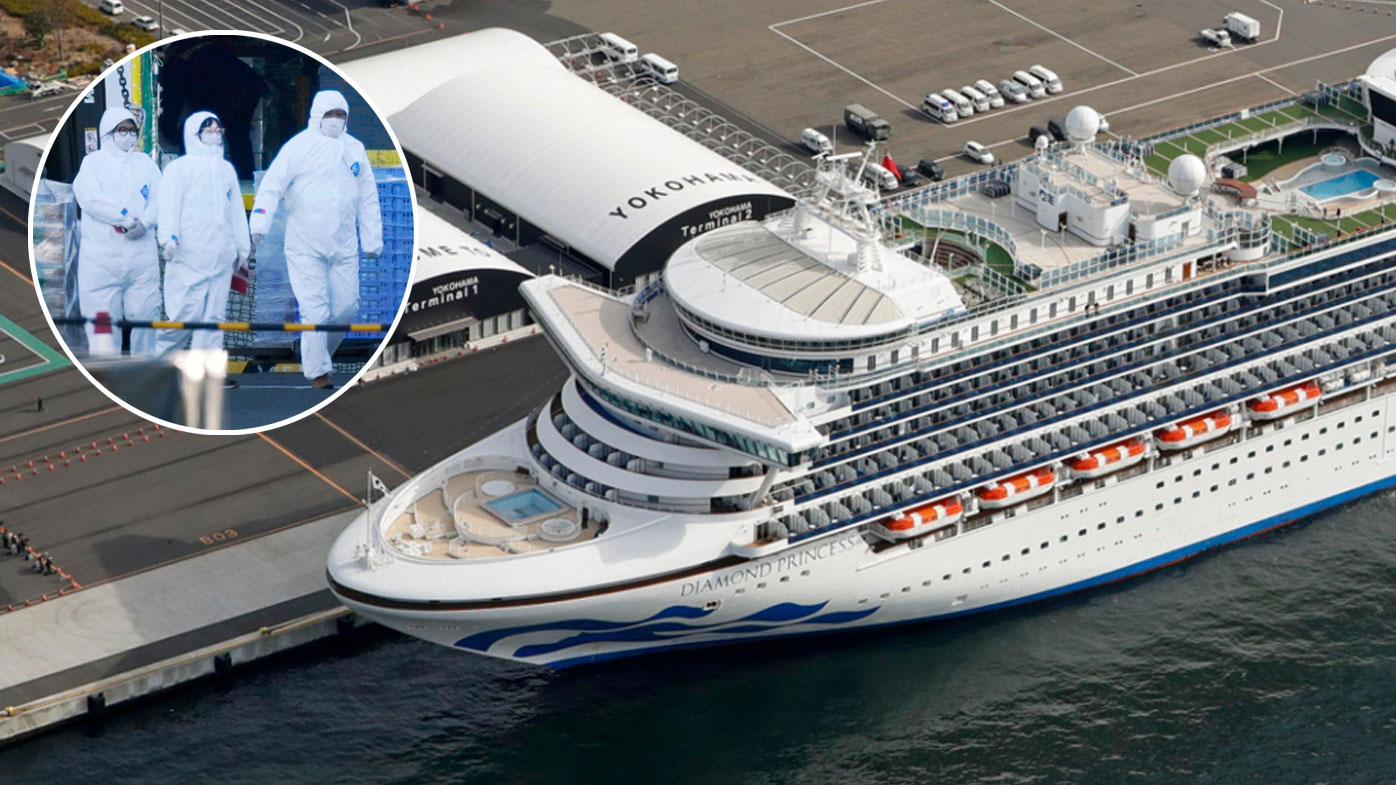 Around the world there are 31,428 confirmed cases, with 638 confirmed deaths.

"We are in a position in Australia where 15 cases have been confirmed, with no additional cases today. All are well and three have cleared the virus which means there remain 12 active cases," he said.

"I can also confirm there are seven Australians from the cruise ship currently in Yokohama who have been tested and diagnosed as having coronavirus. They are in the very good care of the Japanese health and medical authorities."

Forty-one people were marched off the Diamond Princess cruise to Japanese hospitals, with the total number of infected passengers at 61. 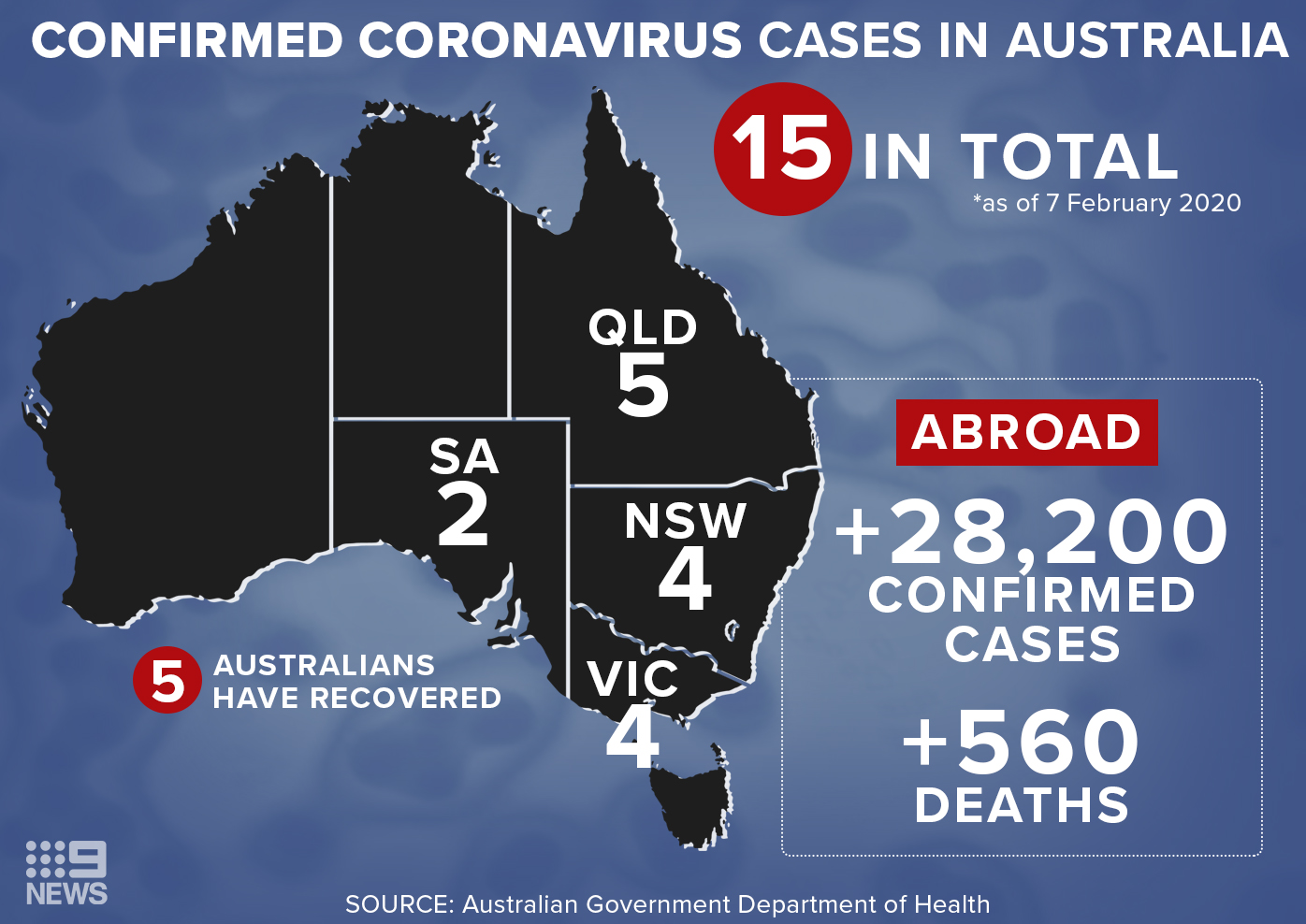 Small groups of passengers have been allowed out of their cabins to get fresh air, but otherwise they are confined to their rooms.

More than 7000 masks and 4000 thermometers are now on board the ship so the crew can continuously test passengers for symptoms like a fever, a cough, runny nose as that can quickly turn into a severe pneumonia.

In China an order has been made to round up more than 25,000 infected people and place them in immediate quarantine. The temperatures of 11 million people will be checked every day. 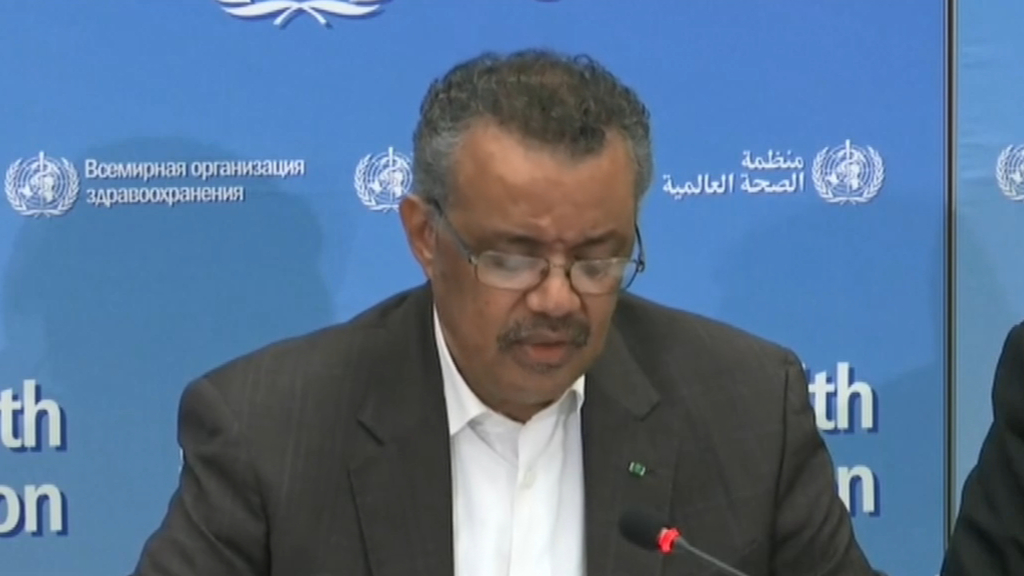 "To put it bluntly, we're shadow boxing. We need to bring this virus out into the light so we can attack it properly," World Health Organisation Dr Tedros Adhanom Ghebreyesus.

Meanwhile, WA Health say they are testing between six and 10 people daily for coronavirus as the death toll from the outbreak continues to rise.

WA Health Chief Health Officer Dr Andrew Robertson said the state is yet to report a confirmed case of the virus, 38 people already tested for the virus. All tests returned negative results.

"We continue to do around six to 10 cases under investigation each day," Dr Robertson told reporters.

He said individuals being referred from GPs and coming into hospitals with symptoms that fit the "coronavirus criteria". 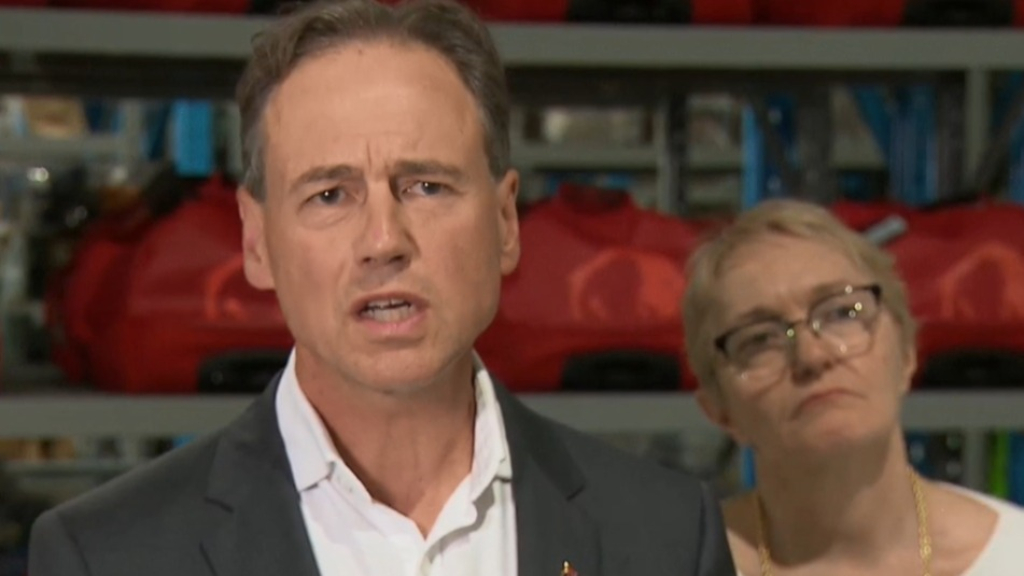 He said all those are being tested have come from mainland China and were feeling unwell at time of presentation. He said people are presenting with other respiratory illnesses, such as the flu.

"There's no evidence its (coronavirus) spreading within the Australian community… they have all been very controlled," he told reporters this afternoon.

He said reports WA Health had patients isolated were false, with no patients in the state's hospitals requiring isolation at this stage.

He said there had been some people who had been asked by Border Control to self-isolate in their homes. He could not provide specific numbers on those in self-isolation.