Residents trapped in housing commission blocks in Melbourne will have rent waived and receive assistance payments, but some remain disgruntled.

Authorities have worked through the night to supply thousands of Melbourne housing commission residents in "hard lockdown" with essential supplies, amid a growing coronavirus outbreak within the tower blocks.

It comes as the Victorian government announces hardship payments for the residents, who became trapped inside their own homes without warning yesterday. 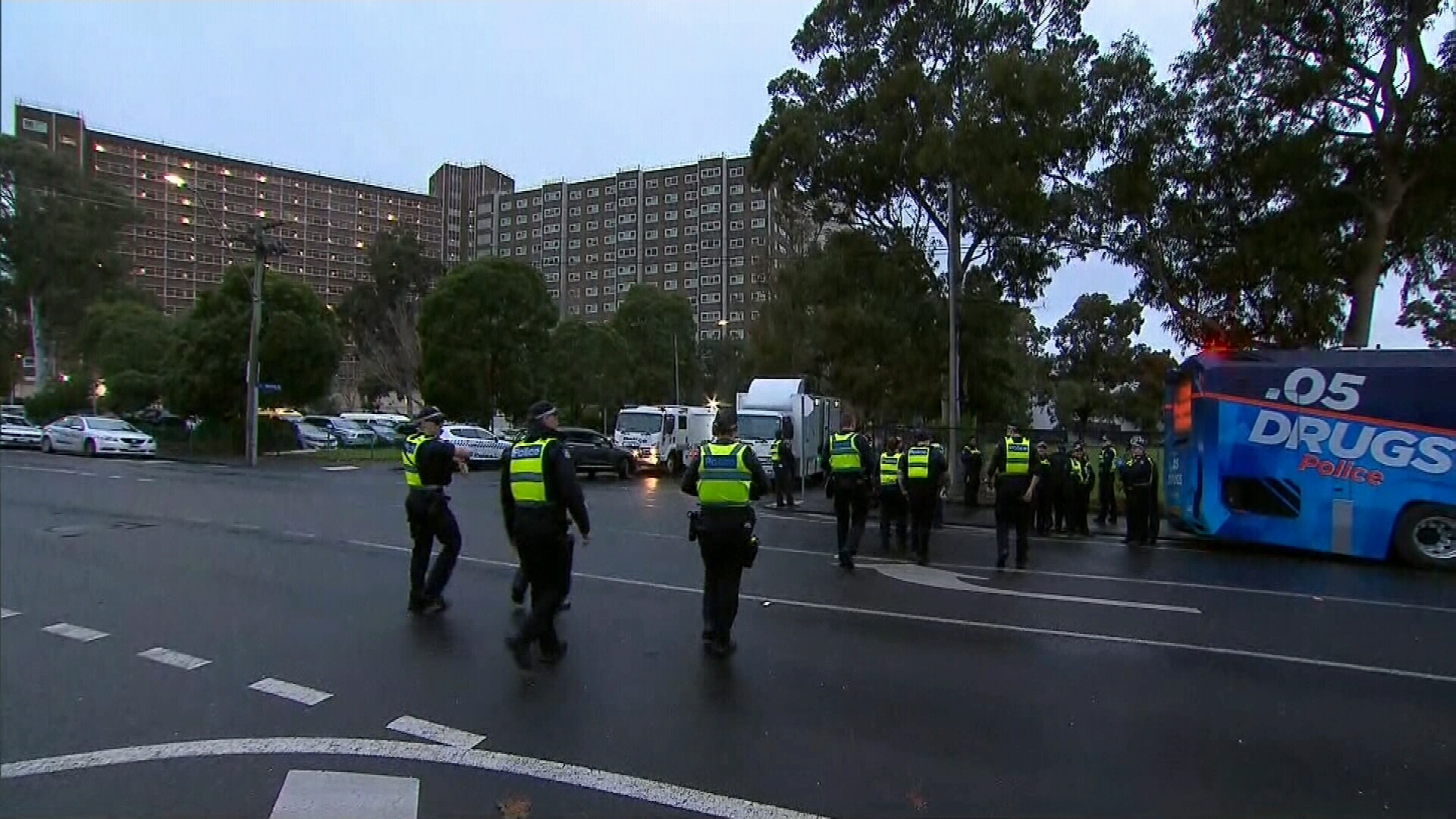 Premier Daniel Andrews said authorities are treating the vulnerable group, many of whom have pre-existing health conditions, the same as a nursing home.

Around 3000 residents across nine housing commission towers in Flemington and North Melbourne will be locked inside their homes for at least the next five days.

Health authorities warn that timeframe could be extended if people refuse testing.

No one is allowed to enter or exit the residences except for residents returning home, with over 500 Victorian police officers tasked with patrolling the corridors. 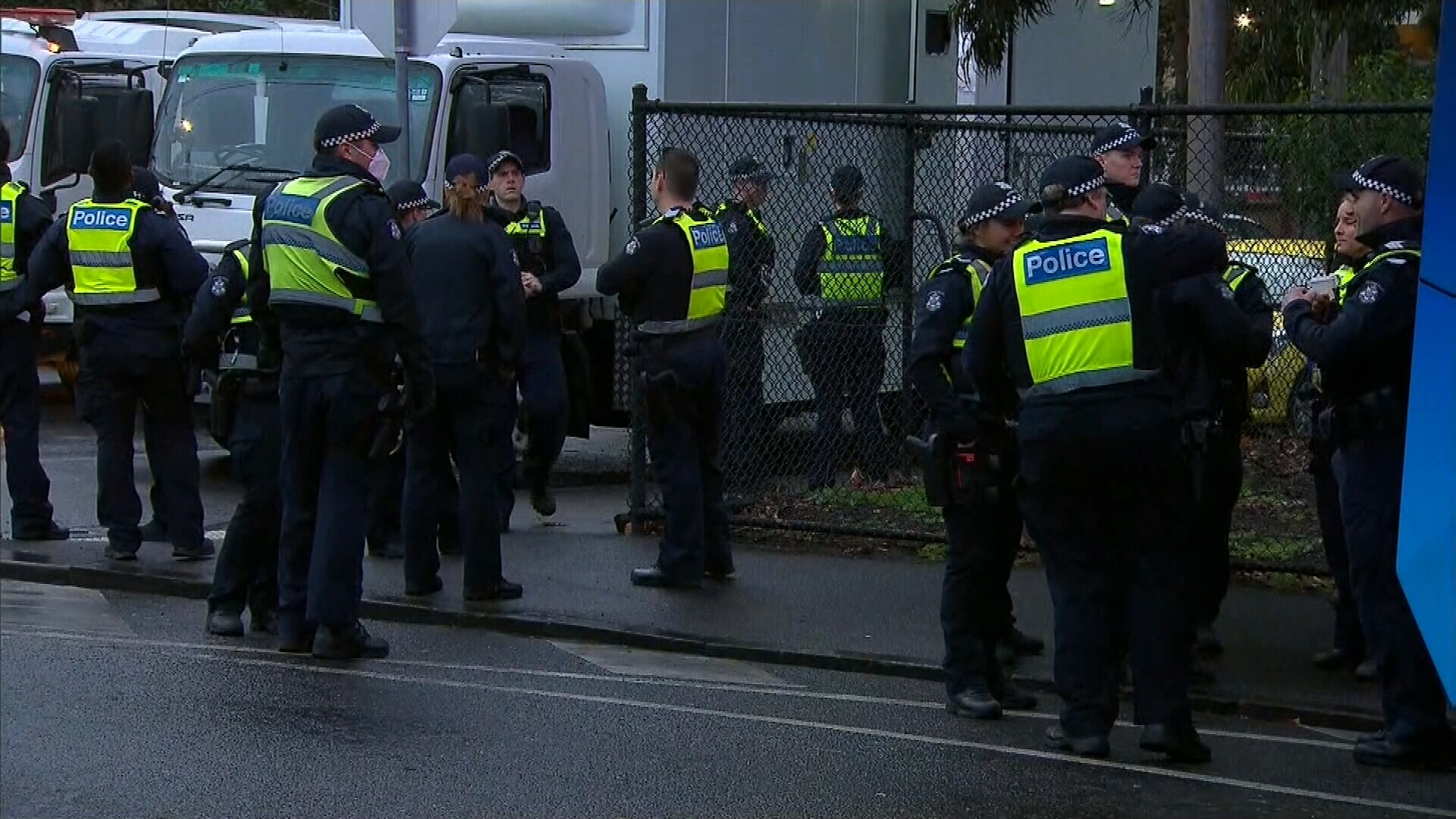 The Police Association, however, said today that officers were given limited notice of the lockdown and are now concerned they'll catch and pass on the virus because they haven't received specialised training.

"Police have had little more training than the rest of the broader community with respect to coronavirus, let's be honest," Wayne Gatt, the Police Association's secretary, said.

"We don't have magic wands and we're not invincible." 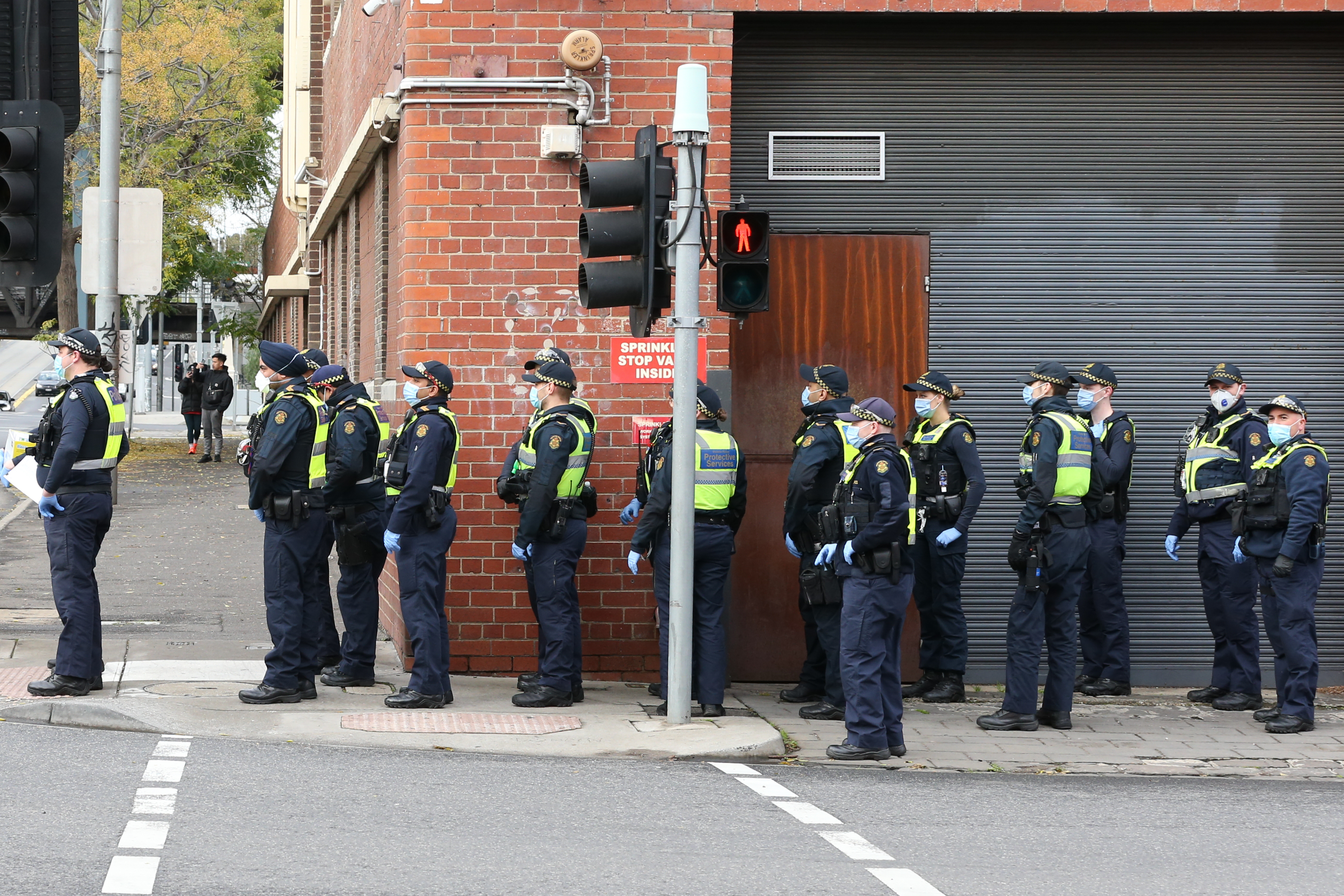 Premier Daniel Andrews announced the unprecedented step late yesterday amid fears a coronavirus outbreak inside the high-rise towers could spread "like wildfire".

Four more residents in the buildings have since tested positive to coronavirus, bringing the total to 27.

Melbourne GP and health commentator Dr Vyom Sharma warned of the potential for the cluster to spark a major health emergency. 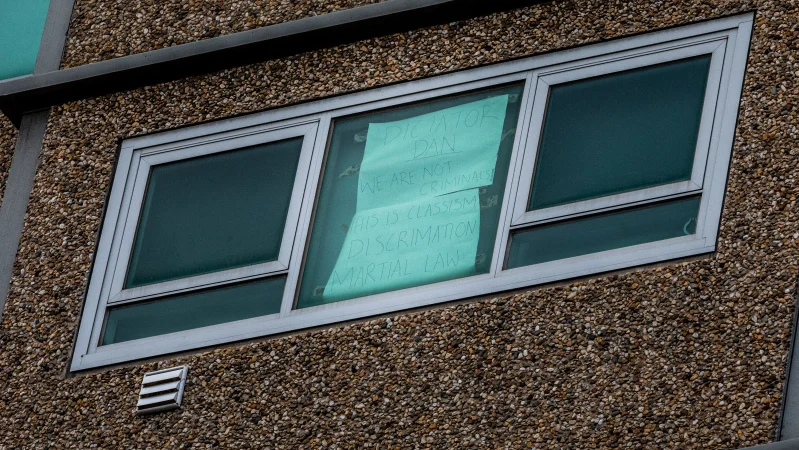 "For all we know, there could be hundreds of people infected there and if that infection transmits out into the community, we could have an unprecedented crisis in Victoria," he told the Weekend Today show this morning.

This morning, paramedics and social workers were among the emergency responders working to provide relief to the trapped residents.

A food truck was stationed outside one of the towers yesterday evening, providing food to those caught off guard without supplies.

The premier conceded the measures would be "traumatic" for the residents, but said they were essential to saving lives within a vulnerable community living in close quarters with many shared living spaces. "If we have a large group of people who already have pre-existing and underlying health challenges infected with this virus then people will die – it is as simple as that," he told a press conference this morning.

"These towers are being treated in a public health response sense that is no different to an aged care facility.

"And that is exactly the right way to go given the inherent vulnerability, not of every resident, but of many, many residents."

Mr Andrews has also announced economic relief measures for those in lockdown, including waiving their rent for two weeks.

READ:  ‘Forget The Pain Of Birth? It’s Hard Not To Remember Having Two Spoons Wedged In Your Vagina’

Employed residents unable to go to work during lockdown are eligible for $1500 hardship payments, while families where no-one was employed would receive $750. 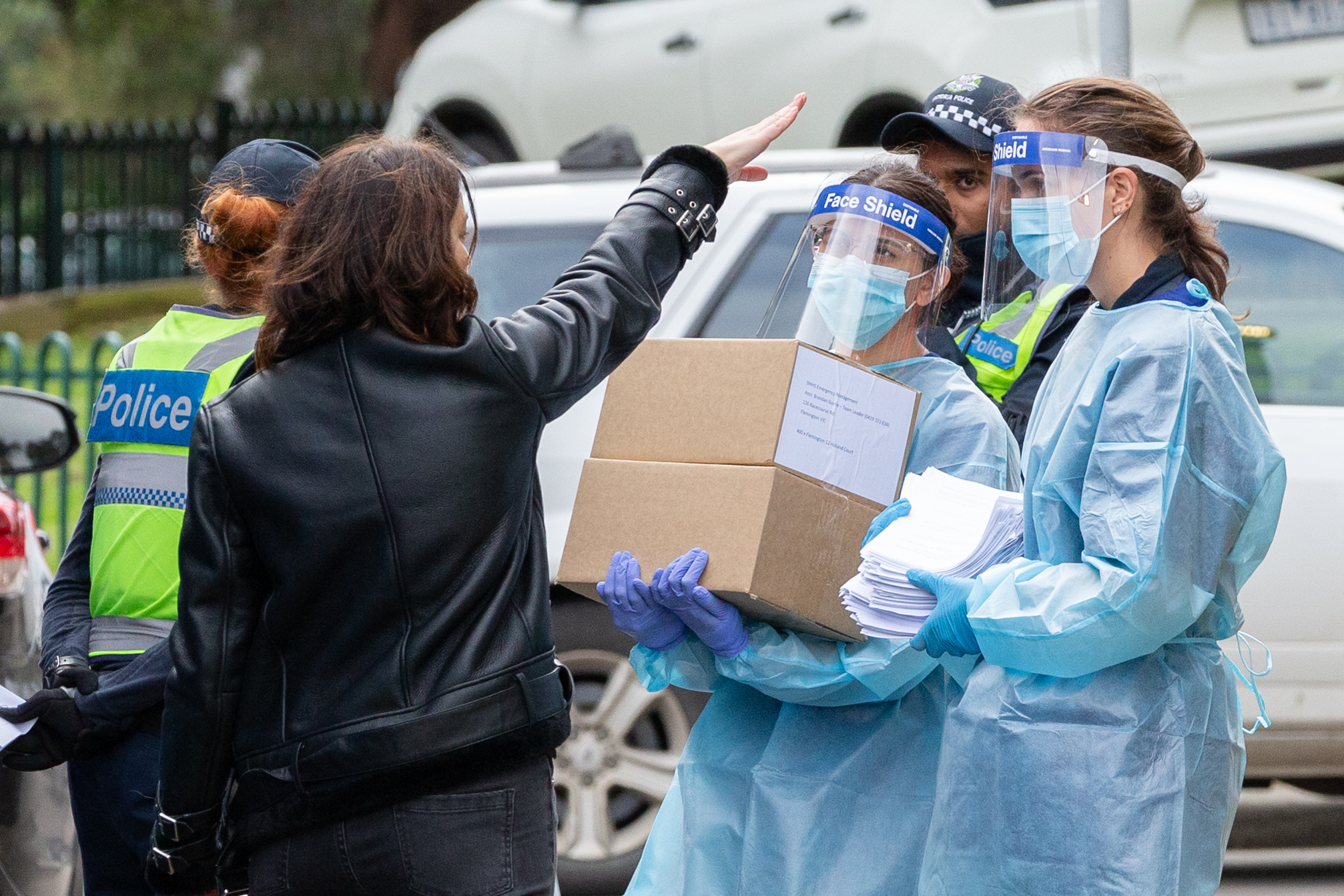 He said "every single resident" of the nine towers would be tested, except for those who have already tested positive.

A fundraiser organised by the Victorian Trades Hall Council has already raised $136,000 to support the residents of the towers.

Despite Mr Andrews insisting the unprecedented measures are there for residents' own protection, there has been some descent amongst residents.

One sign seen taped to a window labelling the premier "dictator Dan".

"We are not criminals. This is classism, discrimination, martial law," the sign read. 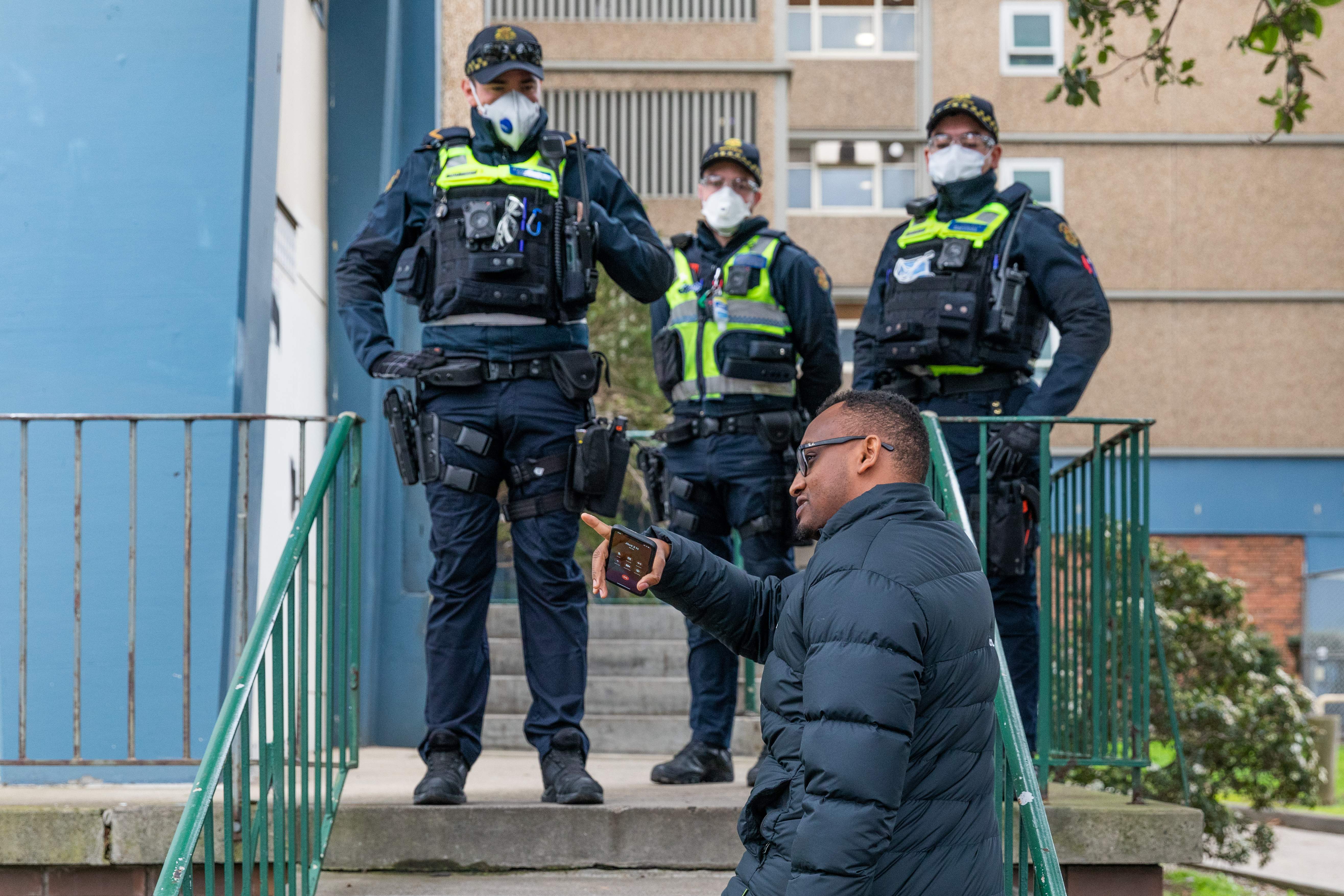 Minister for Housing Richard Wynne said yesterday the nine towers were home to some of the state's most vulnerable residents and did not rule out relief and hardship payments to support the residents.

"What does it say that you've got to lock down 3000 people because their conditions are so appalling, are so overcrowded and so unsafe that's the only way you can keep it under control," Kon Karapanagiotidis, CEO of the Asylum Seeker Resource Centre, said.

Residents in these suburbs are now only permitted to leave their homes to access essential supplies, provide care, exercise and work and study that cannot be done from home.