It’s the political stalemate that defined a nation in the United Kingdom’s general election and that analysts say could derail Boris Johnson’s leadership.

A political stalemate brewing in the shadows of Brexit defined one nation in the United Kingdom's general election and threatens to derail Boris Johnson mere weeks after his victory.

The British Prime Minister today rejected the Scottish National Party's insistence of a second independence referendum to break away from the UK and avoid leaving the EU with England, Wales, and Northern Ireland. 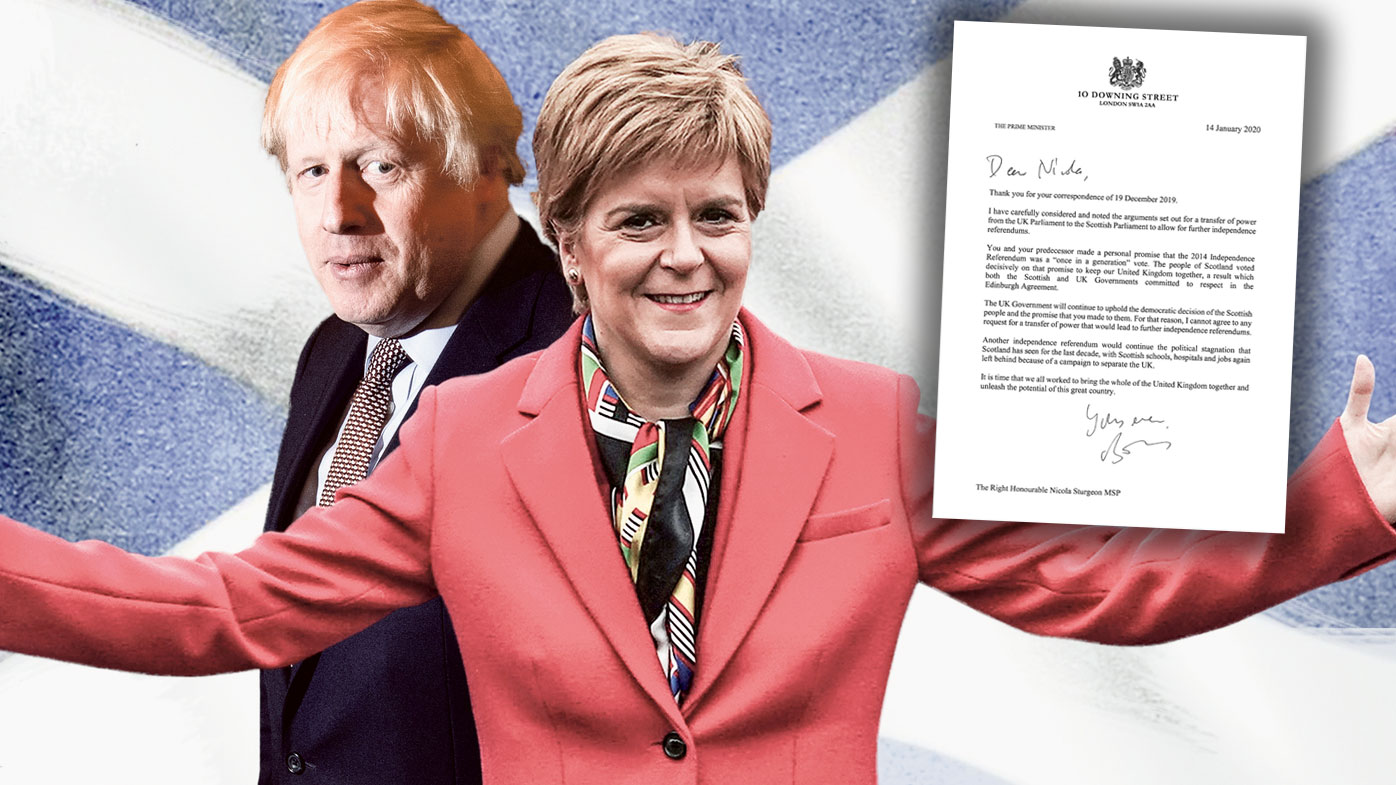 A month after Johnson's Conservatives won an overwhelming majority in the general election, he has sent a letter to SNP leader Nicola Sturgeon wholeheartedly denying her push for the referendum.

Sturgeon wrote to Johnson last month asking him to enter negotiations on transferring the power to hold a referendum from London to Edinburgh.

As things stand, a referendum cannot take place without the consent of the UK government, which Johnson refuses to change.

"You and your predecessor made a personal promise that the 2014 Independence Referendum was a 'once in a generation' vote. The people of Scotland voted decisively on that promise to keep our United Kingdom together," he said in the letter today.

"The UK Government will continue to uphold the democratic decision of the Scottish people and the promise that you made to them.

"For that reason I cannot agree to any request for a transfer of power that would lead to further independence referendums."

The move was immediately slammed by Sturgeon, whose party won 48 of the 59 Scottish seats in last year's general election, compared to only six won there by the Conservatives.

The SNP currently holds a slim majority in the Scottish Parliament, with 62 of the 129 seats, 31 held by the Conservatives.

"The Tories are terrified of Scotland having the right to choose our own future," she said in a statement today.

"They know that given the choice, the overwhelming likelihood is that people will choose the position option of independence. 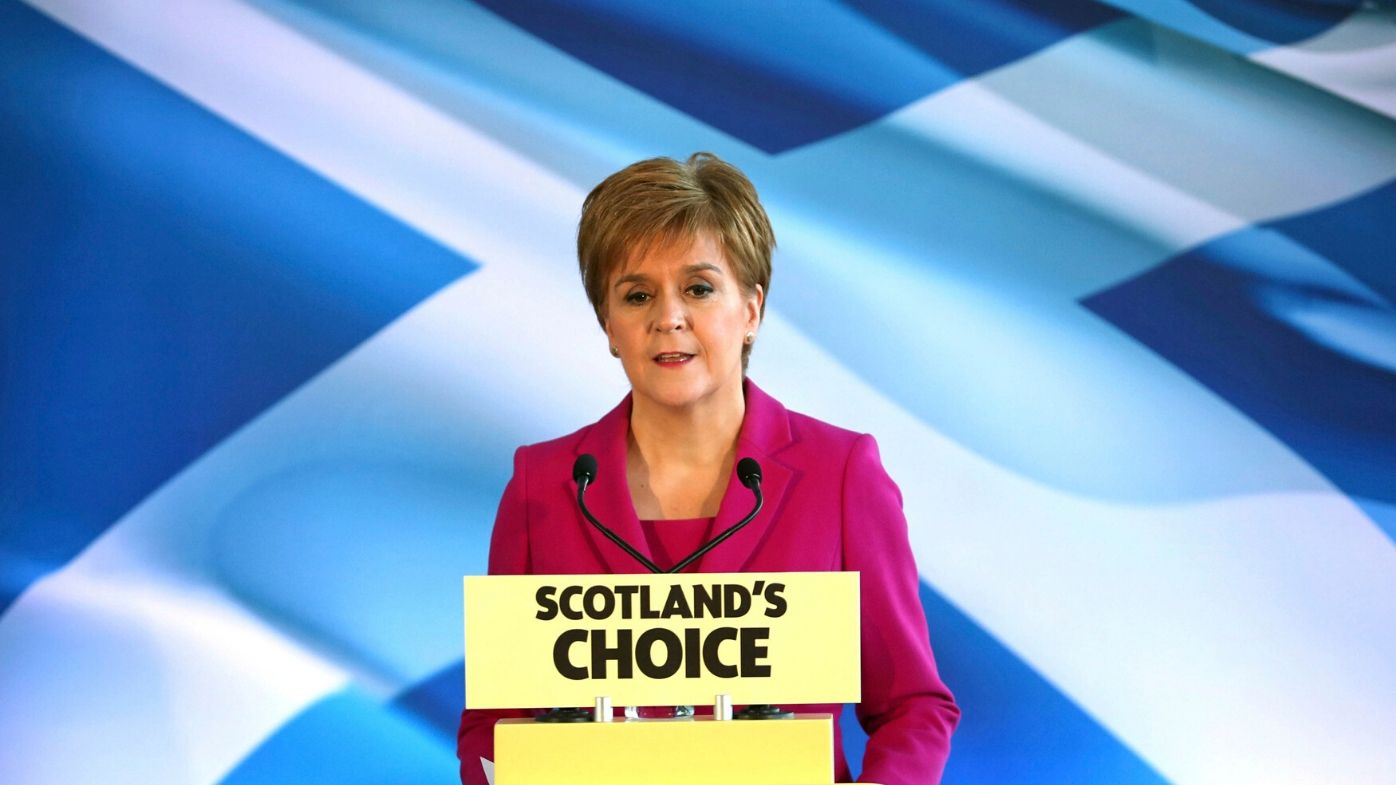 "It shows utter contempt for the votes, views and interests of the people of Scotland and it is a strategy that is doomed to failure.

"The problem for the UK government is that the longer they try to block a referendum, the more they demonstrate that the Westminster union is not a partnership of equals."

The renewed push for Scottish independence was a key policy for the SNP at last year's general election, and although Johnson's campaign was overwhelmingly fought on Brexit, his stalemate with Sturgeon now threatens to damage his leadership, YouGov researcher Chris Curtis told 9News.com.au.

"There is a very realistic chance that Nicola Sturgeon could win and Scotland could vote for independence because you've obviously got a country in Scotland where the majority of them voted to remain in the European Union," he said. 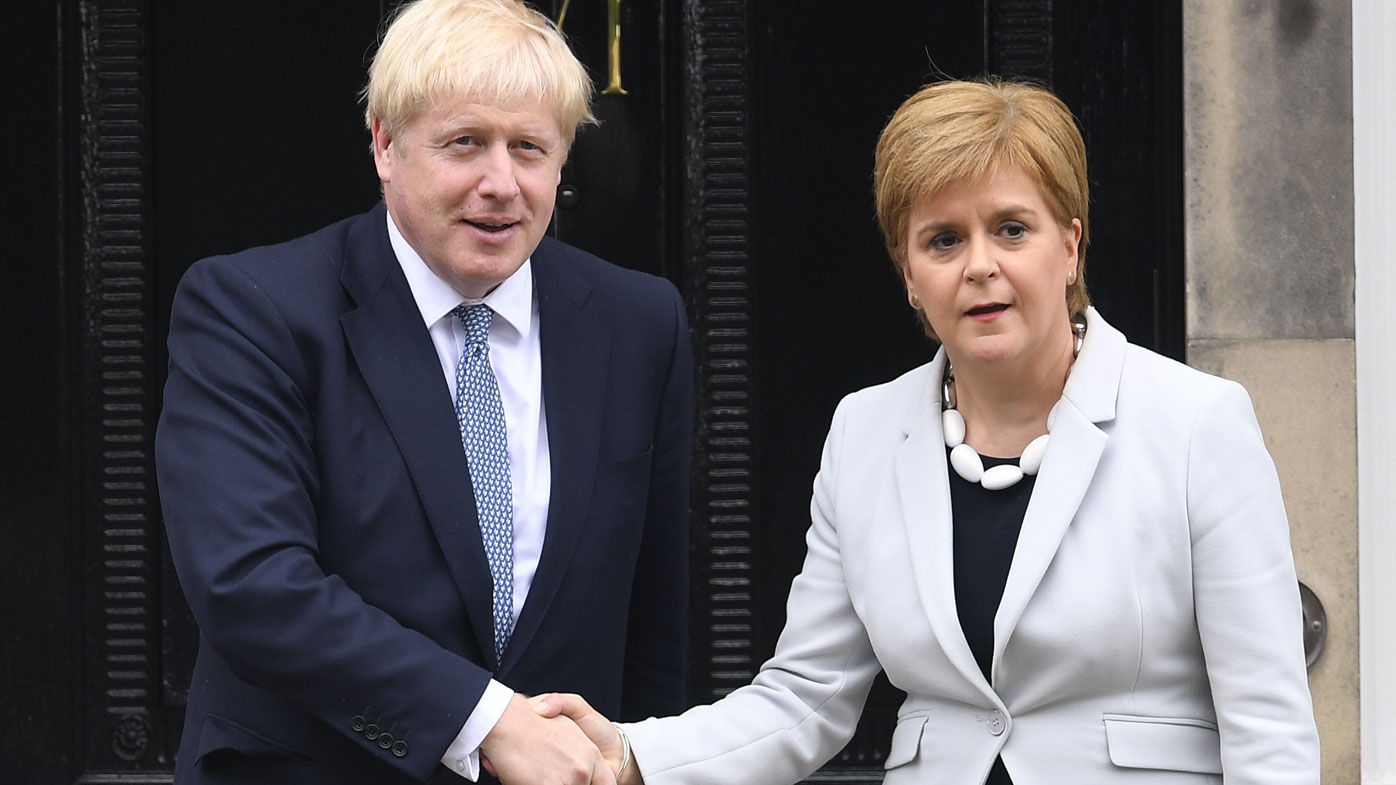 "(But Johnson is) going to be firmly against the idea of Scottish independence because it has a chance of succeeding.

"That would be an absolute disaster for him to finally get through these Brexit negotiations and then for his entire leadership to be thrown off track again."

"If the SNP end up doing very well in those elections - getting a large majority - I think it becomes very difficult (for Johnson) when effectively the Scottish people have voted for a party who have said, 'if you vote for us we'll demand an independence referendum'," he said.

READ:  At least 27 shot dead in Kabul after Taliban truce

"He's got this very, very strong incentive to try and stop an independence referendum at all costs because it has this massive potential to throw him off-course but there's a question of whether it becomes too much for him to be able to say no.

Sturgeon is expected to further outline the SNP's desires later this month, ahead of next year's Scottish election.

"One thing, though, is clear – the people of Scotland will get the right to decide our own future," she said in a statement.

"The Westminster union cannot be sustained without consent. Democracy will prevail."