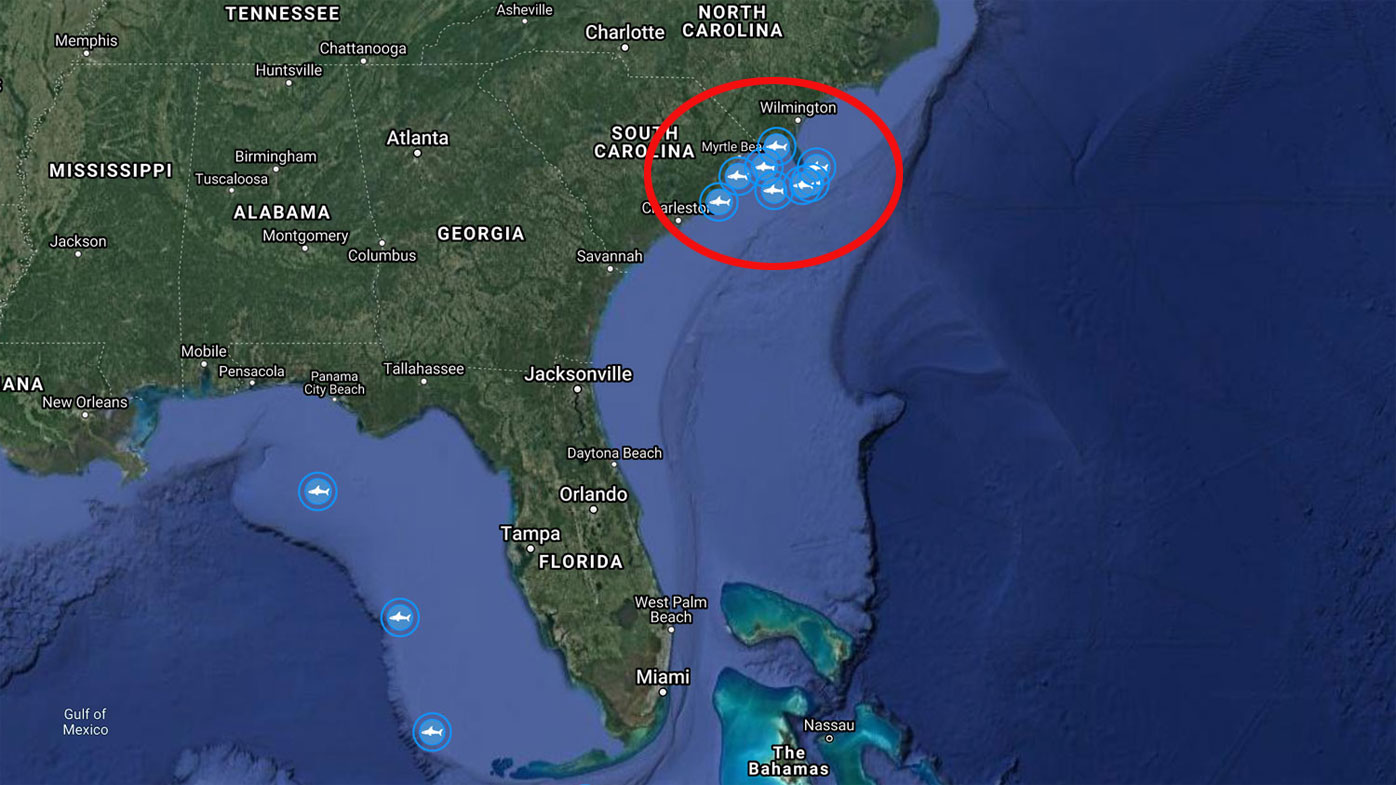 Marine experts have been left puzzled by a gathering of great white sharks grouped together off the US south-east coast.

Research company OCEARCH shared a screenshot on Facebook over the weekend, showing the cluster of tagged sharks near the North and South Carolina border.

"What do you think could be causing this big gap in where white sharks are pinging right now," the post read.

"There are pings in the Gulf of Mexico and then a big grouping in North Carolina/South Carolina but none in the middle."

The post attracted hundreds of comments, with many speculating an abundance of prey in the area could be the reason behind the group huddle. 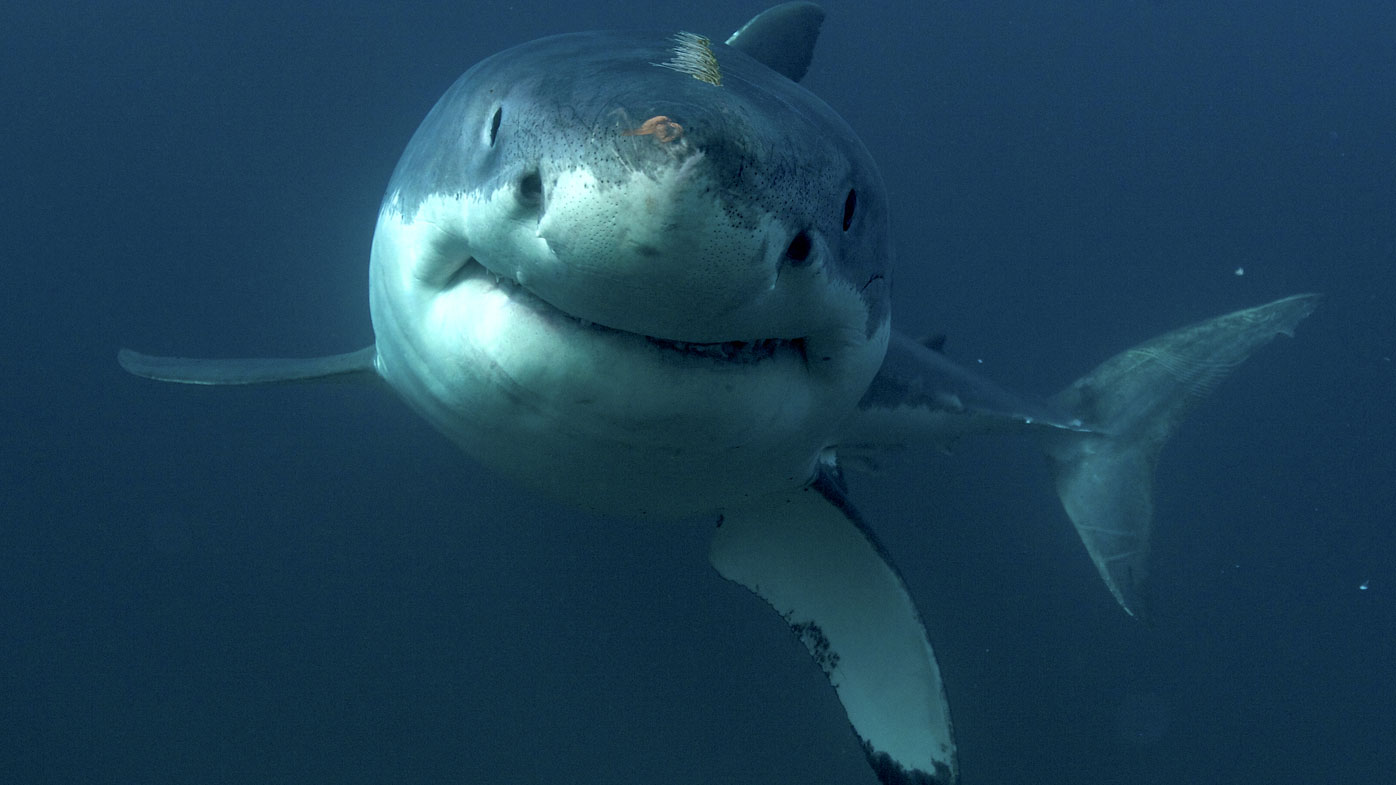 The area is known as the Northwest Atlantic Shared Foraging Area (NASFA) and appears to be popular in the winter because of its abundant food stock and unique climate.

"The body of colder water trapped between the Gulf Stream and the coast is a key feature of this region," Assistant Professor Bryan Franks said.

"This feature results in a range of water temperatures in a relatively short horizontal distance from the coast out to the Gulf Stream."

"In addition, there is the potential for abundant prey in the migrating populations along the coastlines and in the dynamic mixing zone on the Stream edge."

The Great White Shark was added to California's Endangered Species Act in 2013.

READ:  Palestine cut ties with Israel and US

The species is also considered vulnerable in Australia, where the CSIRO estimated in 2018 there were about 8000 swimming off the country's coast.