Instead, the tiny parasite lives in salmon tissue and evolved so that it doesn't need oxygen to produce energy. 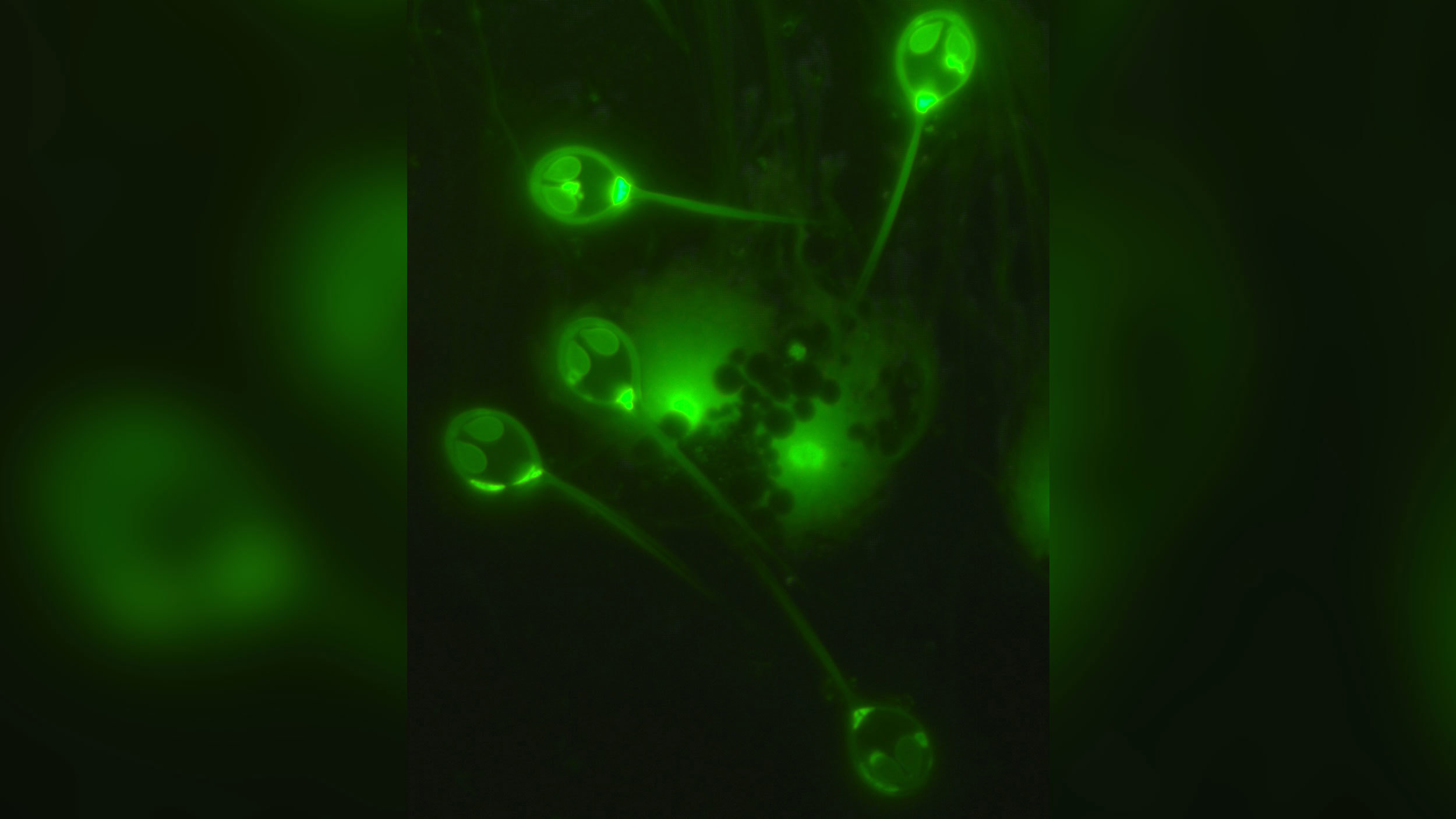 Mr Atkinson co-authored a paper on the ground-breaking, less than 10-celled Henneguya salminicola that appeared in the journal PNAS this week.

"When we think of 'animals', we picture multicellular creatures that need oxygen to survive, unlike many single-celled organisms including protists and bacteria," he told CNN.

"In our work, we have shown that there is at least one multicellular animal that does not have the genetic toolkit to use oxygen."

The H. salminicola is a myxozoan cnidarian, a type of animal related to jellyfish and coral. It lives inside salmon and "steals ready-made nutrients" from it, Mr Atkinson said, instead of consuming oxygen directly.

The team's findings, he said, expand the definition of what an "animal" can be.

The parasite lives in low-oxygen environments, so it doesn't breathe

The organism forms small white cysts in the muscle of salmon. It probably doesn't harm the fish and can't infect humans, the researchers said.

But the environment inside its fish host is largely devoid of oxygen, so for the parasite to survive, it "breathes" without oxygen at all.

It's adapted by dropping its mitochondria genome entirely. Mitochondria convert food into energy in most organisms.

"By losing the genome, the parasite is saving energy by not having to copy genes for things it no longer needs," Mr Atkinson said.

An animal this gobsmacking naturally presents more questions than it does answers. The researchers don't know for certain what the parasite relies on instead of oxygen, but Mr Atkinson said he assumes it absorbs molecules from its host that have already produced energy.

Mr Atkinson and his team don't think this species is the last oxygen-free animal, either.

He said he expects to discover many more species that can survive without oxygen and probably "even weirder modes of existence."

Article was produced with permission from CNN.