A possibly armed man who allegedly sparked an emergency declaration and the lockdown of a Gold Coast school has been publicly identified as police continue their search for him.

Mark Lutgenau, 37, remained at large on Tuesday afternoon after an extensive search in the northern Gold Coast suburb of Ormeau.

Police said they responded to a "domestic violence incident" in Gannon Way, Upper Coomera, on Monday night but the man was gone before they arrived. An emergency declaration under the Public Safety Preservation Act was declared near the Ormeau school, about 10 kilometres north, on Friday morning.

Police described Mr Lutgenau as Caucasian, about 190 centimetres tall and of a proportionate build, with short brown hair and hazel eyes.

"A man that sparked an emergency declaration and the lockdown of a Gold Coast school is still at large after an extensive search of the area," police said in a statement.

Police asked residents and business owners in the area to keep a lookout for anything suspicious but warned them not to approach the man "for any reason".

They were also appealing for Mr Lutgenau to make contact.

Earlier in the day, police escorted carloads out of Ormeau State School after a lockdown was enforced about 10am, leaving traffic backed up hundreds of metres at a roadblock as parents waited for their children. 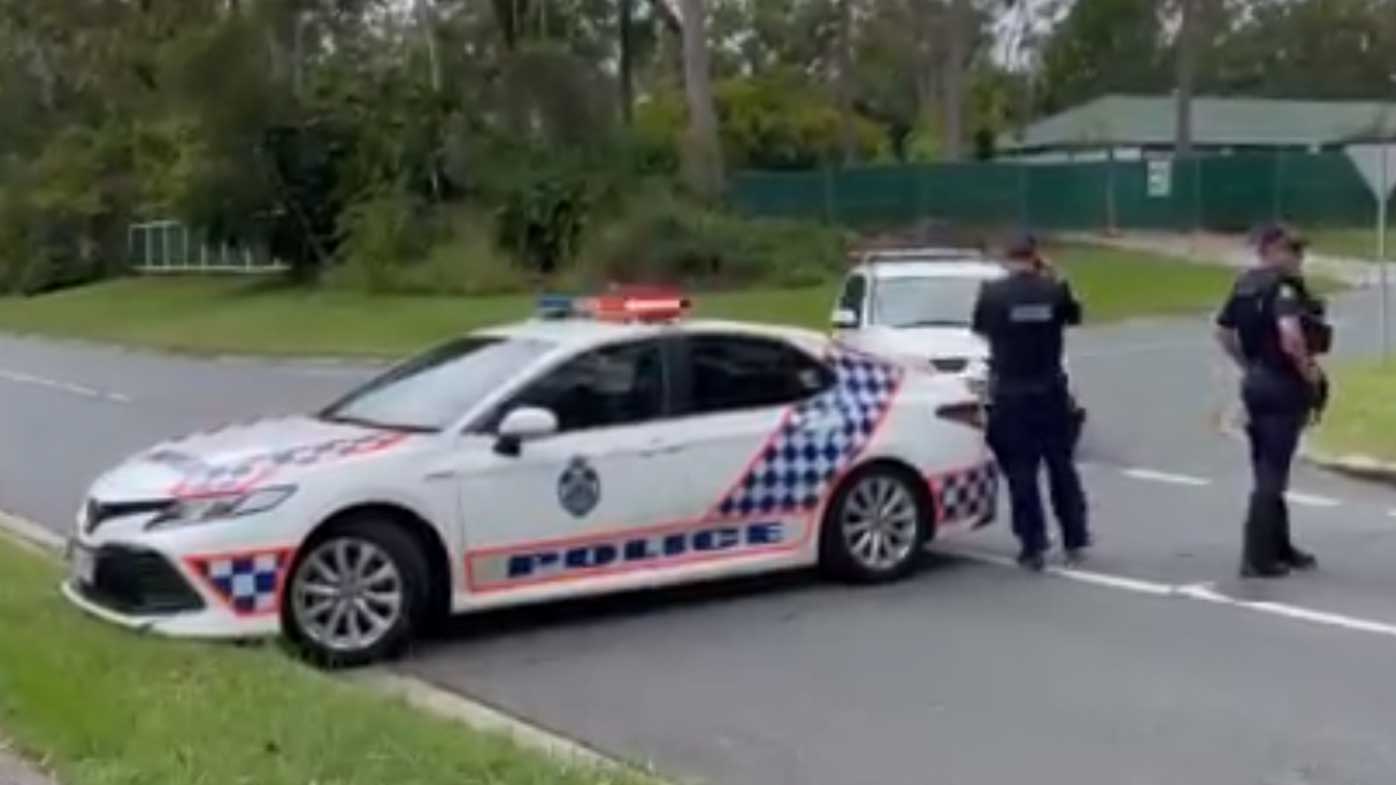 Parents were forced to queue to be let inside police lines, where a deputy principal reunited them with their children.

READ:  Man attacked by octopus while swimming in WA

Five vehicles from the Special Emergency Response Team (SERT) from Brisbane scoured the area to no avail.

The lockdown was lifted shortly before 5pm on Tuesday.

Police said Mr Lutgenau was not located after an extensive search.

The school had sent a message out to parents reassuring them earlier today.

"Please be advised children are safe, have had their lunch and are working in their rooms," the message read.

"PLEASE DO NOT phone the school —we are focusing on your child's safety."