Just after 7.20pm on May 5, 1980, sport fans were following the televised the final world snooker championships when the BBC unexpectedly cut its coverage to beam live from central London.

But instead of snooker, viewers were thrown into a real-life action drama.

Images of black-cladded men carrying assault rifles abseiling down the walls of the embassy and braving flames to storm the building's front would be like nothing Britons had witnessed on their own soil. 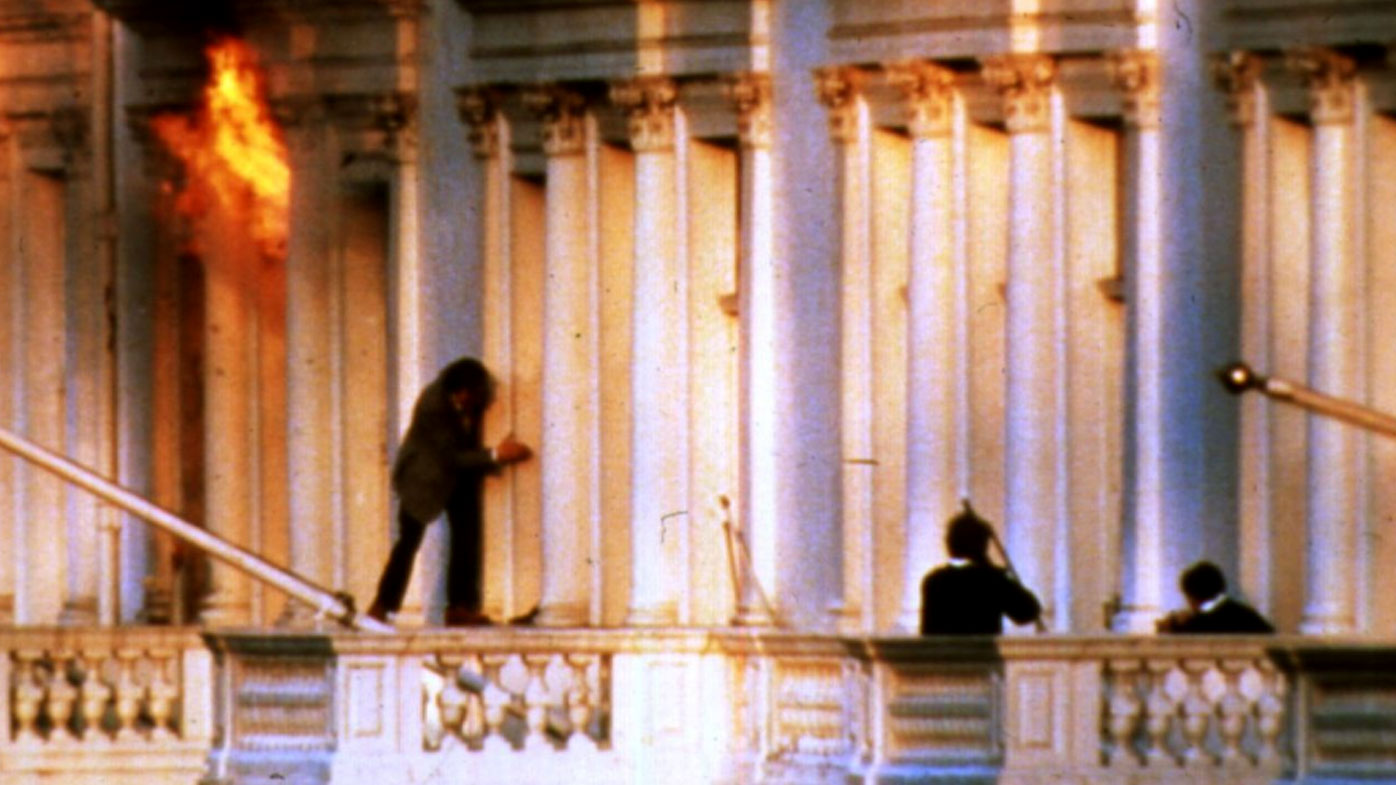 While smoke billowed into the blue sky, screams could be heard from inside the embassy.

For the gun-toting terrorists and their hostages within the elegant terraced building, the ensuring 17 minutes of the SAS assault would mean life or death.

One of the most famous episode's in counter-terrorism began on April 30, 1980, when six heavily armed Iraqi gunmen burst into the Iranian embassy in Prince's Gate, London, easily overpowering the sole British police guard.

They demanded the release of 91 prisoners from Iran and the guarantee of safe exit from the UK.

While Metropolitan Police negotiators lead talks to release the 26 hostages, the elite SAS began secret preparations to break the siege by force. 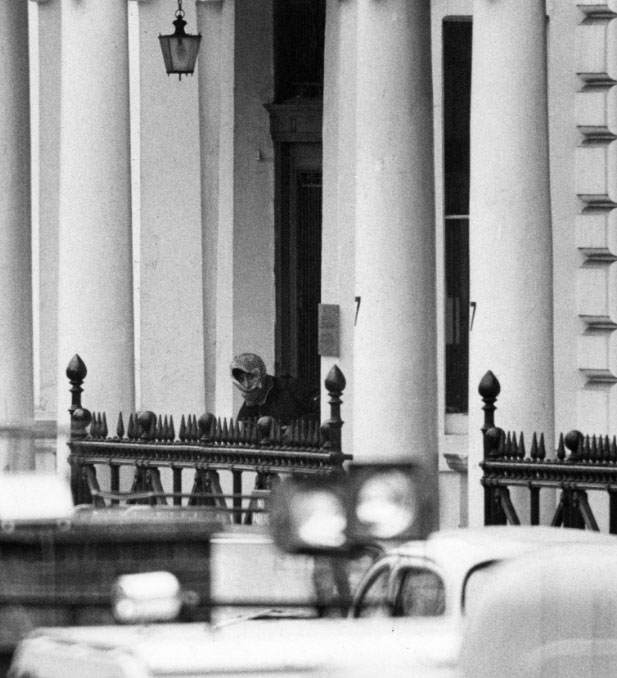 During the following days as negotiations with the gunmen went on, the SAS team began taking over the neighbouring building.

With listening devices they were able to eavesdrop on what was unfolding through the wall. The soldiers also carefully studied photos of the terrorists and hostages and memorised their faces.

Hopes for a peaceful end to the siege evaporated on May 5 when the kidnappers shot dead the Iranian embassy press attache and dumped his body outside the building.

After the terrorists were told a hostage would be shot every 45 minutes, command switched from police to the SAS.

On the command 'Go, go, go', the soldiers launched their assault and rescue plan - known as Operation Nimrod. 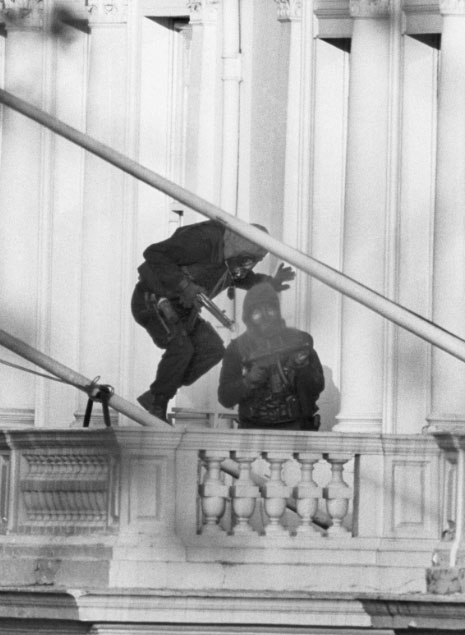 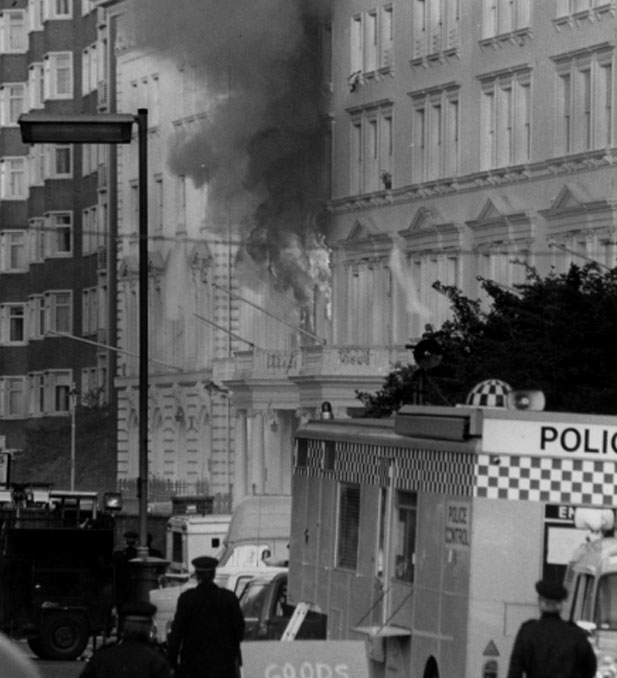 Among the first images TV viewers saw were the black-clad troops in balaclavas abseiling down ropes on to the balconies on the first floor of the embassy, where it was thought that most of the hostages were being held.

Seconds later the front windows were blown out and CS gas canisters fired in through the gap. The soldiers then stormed in amid a hail of gunfire.

The raid lasted 17 minutes. All but one of the hostages were rescued.

Five of the terrorists were killed; the only one to survive, Fowzi Nejad, was sent to prison - he was released in 2008.