“Parasite” made Oscars history on Sunday, and nobody was more thrilled to relish the joy of its landmark victory than Canadian treasure Sandra Oh.The Nepean, Ont.-born Golden Globe winner and 10-time Emmy nominee leapt to her feet and … 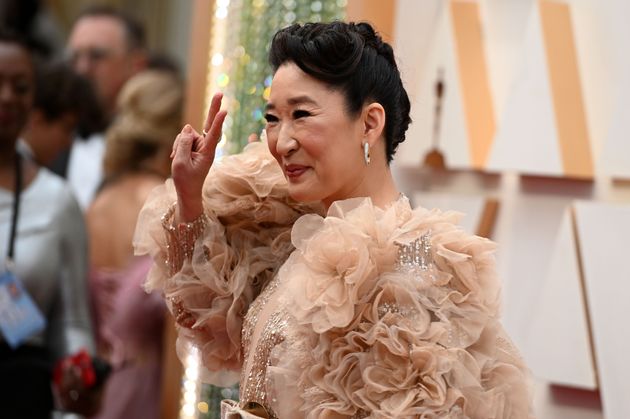 “Parasite” made Oscars history on Sunday, and nobody was more thrilled to relish the joy of its landmark victory than Canadian treasure Sandra Oh.

The moment instantly became the reaction gif of the night, due to Oh’s expressive glee about the film’s recognition.

But to be honest, the moment of sheer joy needs to be watched in full for even more context. Check it out below, around the five-second mark:

And then replay it over and over. It’s pretty special. And it’s special for a reason.

Sandra Oh’s reaction was all of us #parasite#Oscarspic.twitter.com/tWIGdRvpbT

According to the Los Angeles Times, “Parasite” is the first Korean ⁠— and first Asian⁠— film to win a screenwriting Oscar in the Academy’s 92-year history. Whether Oh — whose parents hail from South Korea — knew about this specific milestone or not remains to be seen, but wow, was her happiness contagious.

She later congratulated the “Parasite” team on Twitter, in the same vein as her joyous moment:

To make the night more significant, this also marks Oh’s first appearance at the Oscars in 15 years. Having last attended as a member of the cast of the Oscar-nominated film “Sideways” in 2005, this time around, Oh not only won our hearts in the crowd but on-stage too. 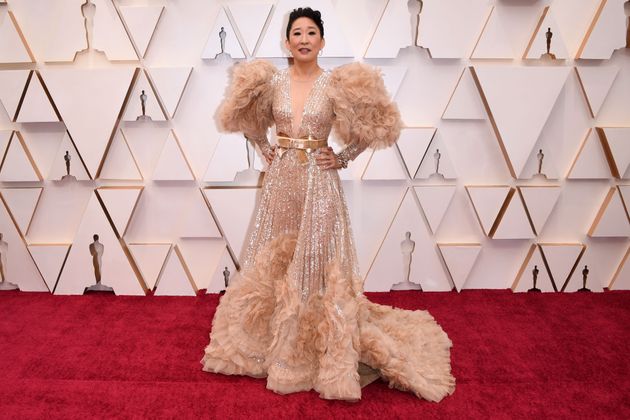 The “Killing Eve” star had official presenter duties (she had us in stitches when she presented the award for Best Makeup and Hairstyling by saying, “Case in point: I’m 87 years old”) and glided down the red carpet in a champagne-hued Elie Saab gown.

Actually, the look is the very embodiment of confidence. And now it’s an even bigger symbol: one of celebration, for a watershed cultural moment. 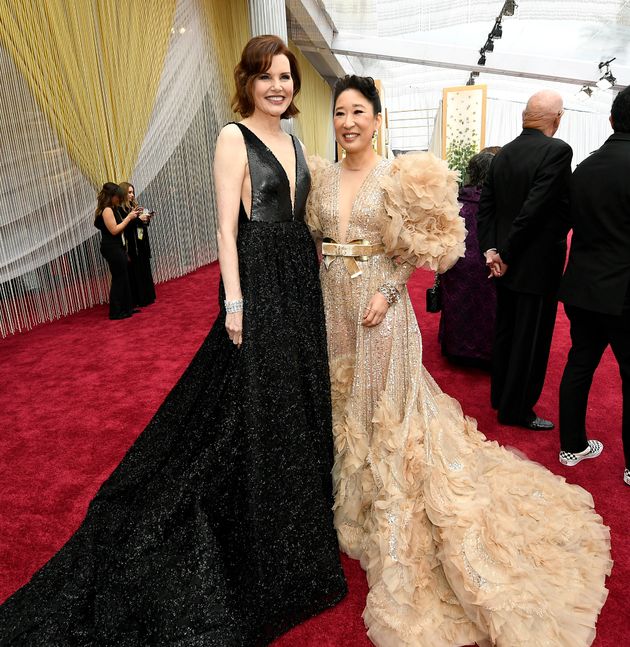 Look: All the stunners and surprises on the Oscars red carpet: