The Galaxy Z Flip will be one of a small handful of foldable phones on the market.

The string of wins for "Parasite" wasn't the only surprising part of the Oscars. Samsung also shocked some viewers by revealing its new flip phone.

The company showed off the Galaxy Z Flip in a 30-second ad during the awards show, two days before Samsung is set to take the wraps off several new phones and products at its "Unpacked" keynote Tuesday.

The ad shows the phone in action, including flipping open to reveal one large screen. It also shows the phone "sitting" with the top of the screen facing vertically for a better video chat experience. 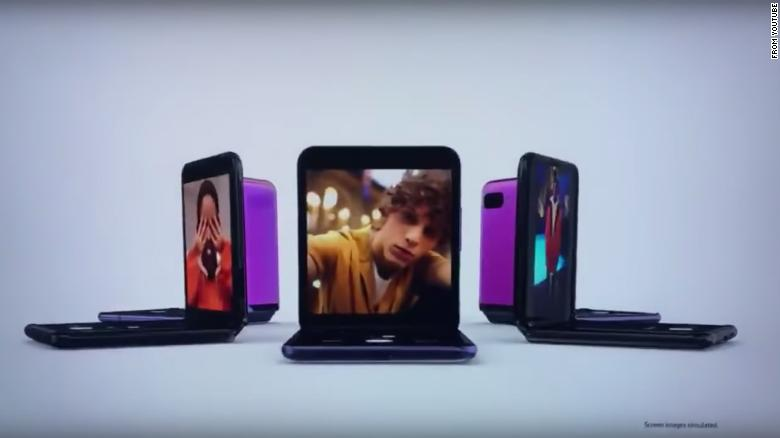 Leaks of the Galaxy Z Flip have appeared in the wild, including on social media, for a while and the commercial appears to mirrors the speculation surrounding it.

Plenty remains unknown about the phone, such as the price, release date and specs. That will probably be unveiled during Tuesday's event, and the end of the ad promoted the live-streamed show.

The Galaxy Z Flip will be one of a small handful of foldable phones on the market. Samsung previously had trouble launching the Galaxy Fold, its 4.6 inch-smartphone that opens up into a 7.3-inch tablet.

The phone went on sale last fall after several months of delays.Then there's the reboot of the Motorola Razr for $2699. That was released earlier this month and attracted rabid fans despite its lackluster features, including a small battery and plastic screen.