Queensland might be locked to most of the country right now, but tourists will soon be able to get a taste of the Great Barrier Reef without even setting foot in the state.

Queensland might be locked to most of the country right now, but Aussies may soon be able to get a salty slurp of the Great Barrier Reef without even setting foot in the state.

Townsville Brewery has announced it is creating the world's first beer made with water from the World-Heritage listed wonder.

Sixty litres of water collected from the aptly-named John Brewer Reef will be turned into 1600 litres of Great Barrier Reef Gose.

READ MORE: All the travel advice you need to plan your NSW summer holiday 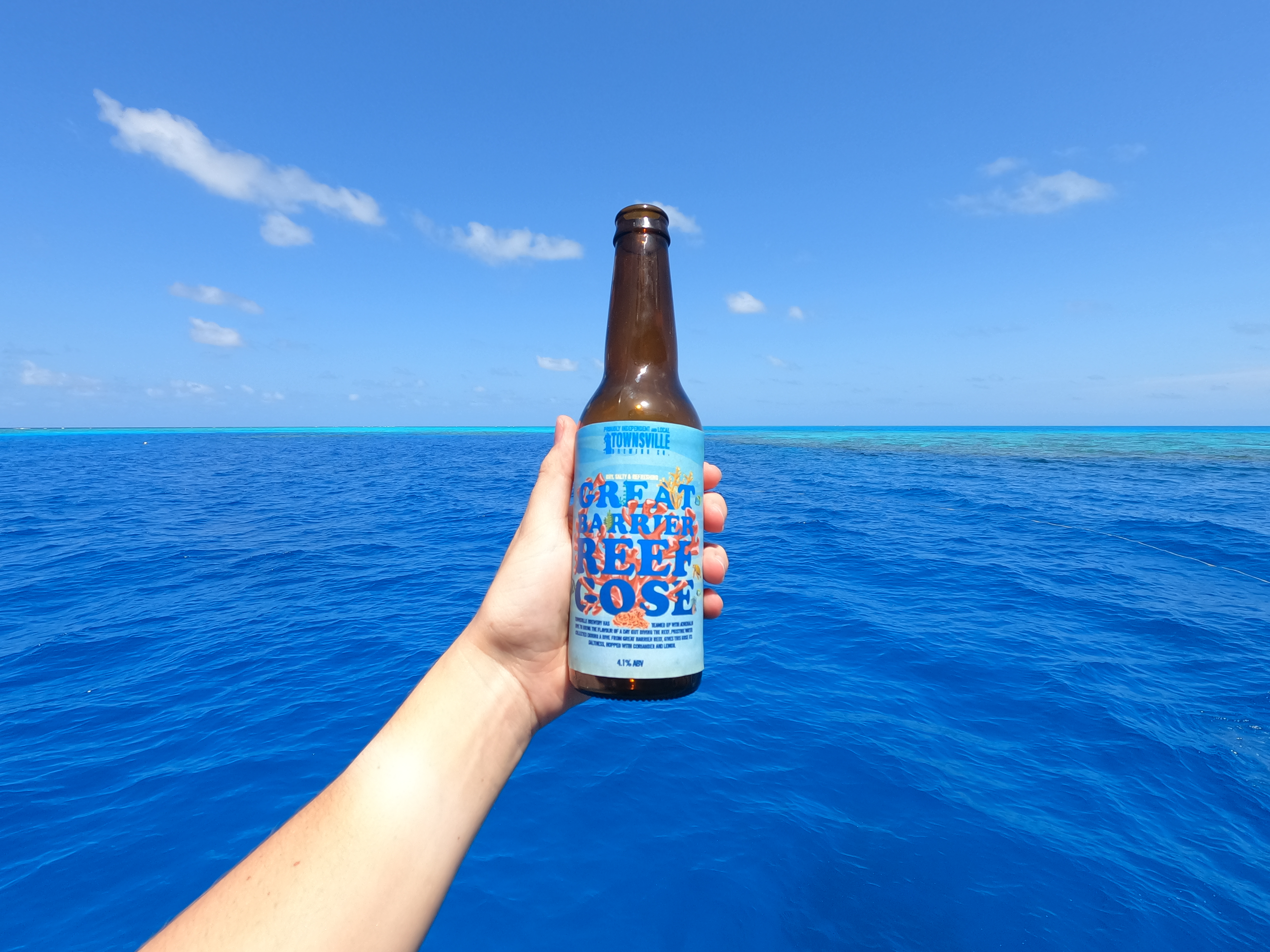 Head brewer Glen Nolen said he hoped the unique brew would bring the flavours of North Queensland to more people.

"Our goal is to bring more awareness to the Great Barrier Reef, especially the areas off Townsville, and highlight just how unspoilt and special it is," Mr Nolen said.

And no, it doesn't taste briny. Mr Nolen says the salt gives the beer mouthfeel and brings out the other flavours.

"It will be slightly salty, but it won't be seawater salty," he said.

"It's dry and refreshing."

Paul Crocombe from Adrenalin Snorkel and Dive, said the water on John Brewer Reef was so clean, the barrels could be filled right off the back of one of their boats.

"I think the big thing with the beer is it brings the reef to the attention of more people. It highlights the quality of the reef and how healthy it really is," he said.

John Brewer Reef was named after a troop ship named John Brewer sailing from Sydney to India in 1842. It was first surveyed in 1984.

The beer is expected to be available to the public in about three weeks.