Russian opposition leader Alexei Navalny, who is recovering after being poisoned by a nerve agent, has accused Vladimir Putin of being behind the attack.

Russian opposition leader Alexei Navalny, who is recovering in Germany after being poisoned in Russia, said in comments published Thursday that only Russian President Vladimir Putin could have been behind the attack against him with a Soviet-era nerve agent.

Navalny's supporters have frequently maintained that the poisoning could have only been ordered at the top level, although the Kremlin has repeatedly dismissed the allegation. German officials have said labs found traces of a chemical agent from the Novichok family in the Russian politician's system.

Navalny, a corruption investigator who is Putin's fiercest critic, was flown to Germany two days after falling ill on August 20 on a domestic flight in Russia. He spent 32 days in the hospital, 24 of them in intensive care, before doctors deemed his condition sufficiently improved for him to be discharged.

He has posted frequent comments online as his recovery has progressed, but in his first interview since the attack, he told Germany's Der Spiegel, "I assert Putin was behind the crime," according to an English-language copy of his comments the magazine published online.

"I have no other explanation for what happened," Navalny, 44, said. 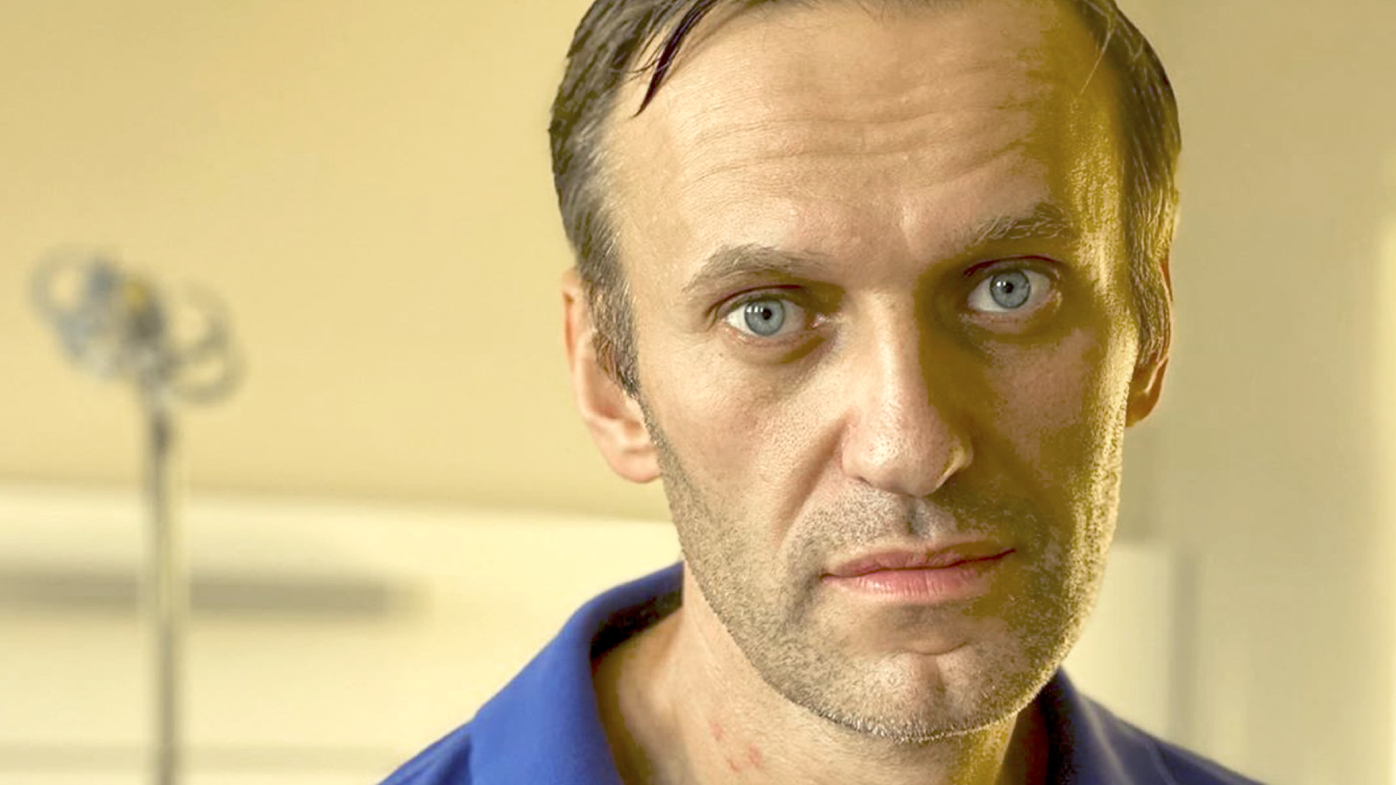 He asserted that his poisoning with a Novichok nerve agent only could have been ordered by the heads of Russia's military, domestic, or foreign intelligence agencies, officials who "cannot make a decision like that without being instructed by Putin. They report to him."

The Kremlin on Thursday said that "such accusations against the Russian president are absolutely groundless and unacceptable."

"Some of these statements in the mentioned publication we consider offensive," Kremlin spokesman Dmitry Peskov told reporters. 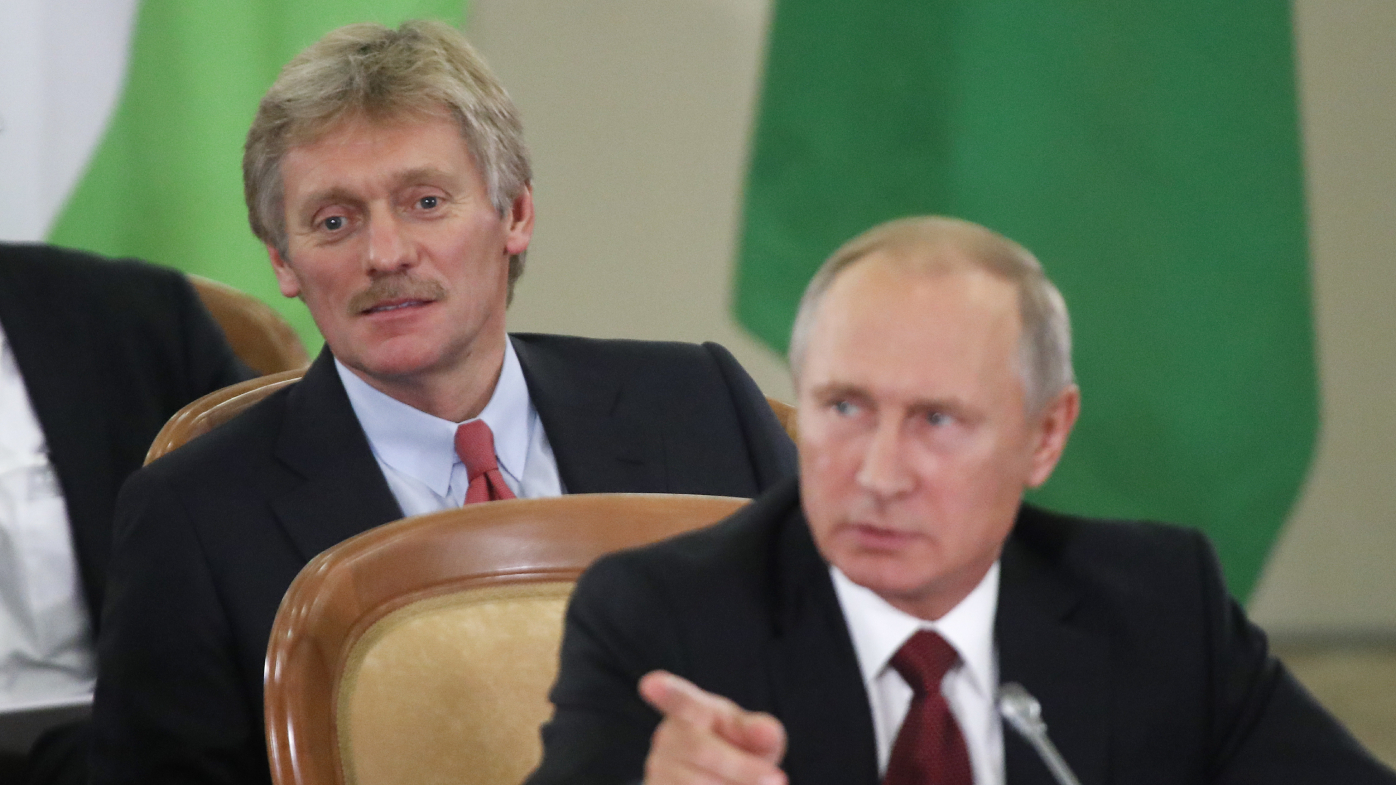 Peskov charged that there was information that "specialists" from the CIA were working with Navalny "these days" and giving him instructions.

"There is information that these instructors are working with him these days," Peskov said. "Instructions the patient is receiving are obvious. We have seen such lines of behaviour more than once."

In response to Peskov's comments, Navalny on Thursday announced that he would sue the Kremlin spokesman and demanded that the alleged evidence of him working with the CIA be made public.

"If the authorities, on behalf of which Peskov speaks, have evidence of the nonsense he is talking about, then it's a matter of Russia's state security, and I demand that this evidence be published," Navalny said in his blog. 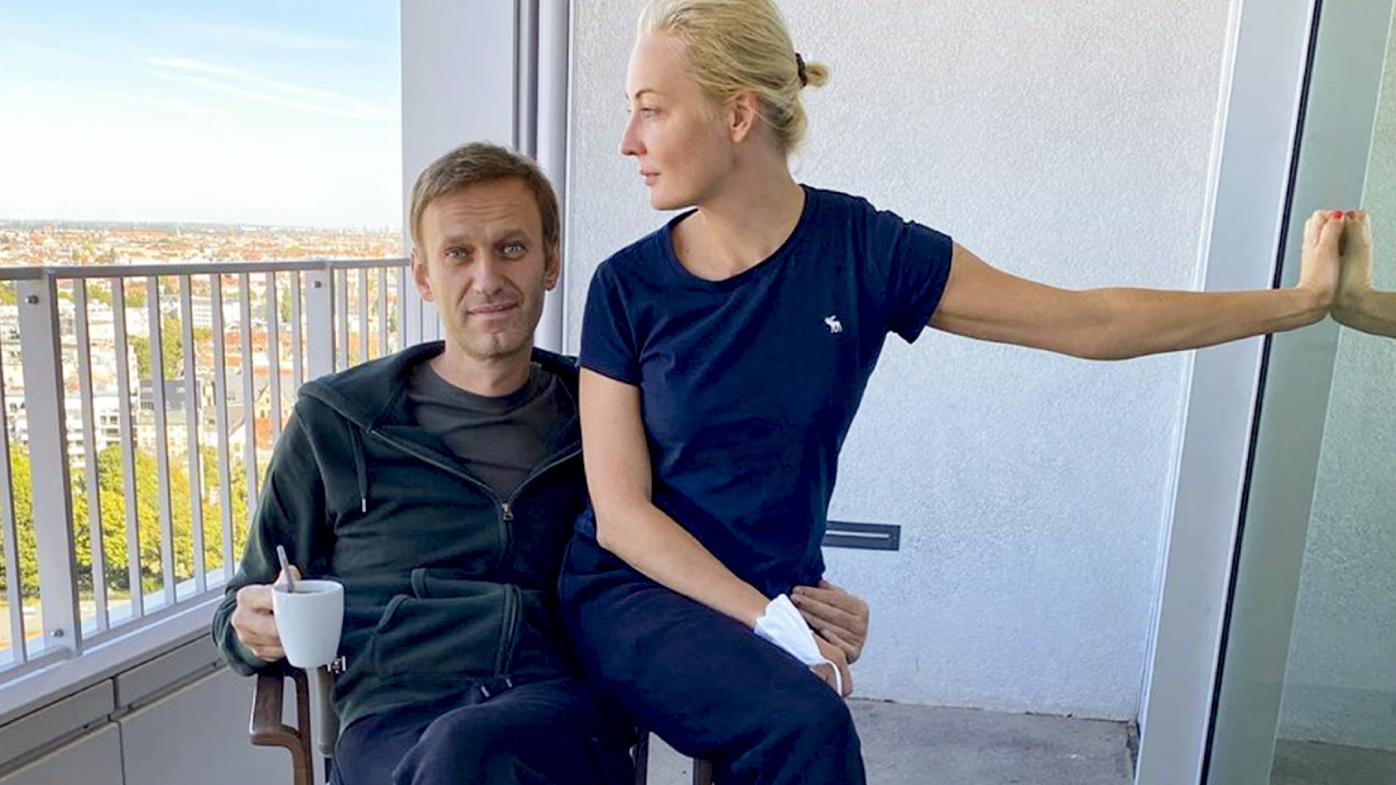 Before he was transferred to Berlin for treatment, Navalny spent two days in a coma in a hospital in the Siberian city of Omsk, where Russian doctors said they found no trace of any poisoning.

German chemical weapons experts determined that he was poisoned with the Soviet-era Novichok, the class of nerve agent that Britain said was used in a 2018 attack on former Russian spy Sergei Skripal and his daughter in Salisbury, England. Labs in France and Sweden corroborated the German findings.

Navalny told Der Spiegel that when he first fell ill on the plane he was taking from Siberia to Moscow, he was sure he was dying as he collapsed to the floor.

"Then I hear voices growing ever quieter, and a woman calling: 'Don't leave us! Don't leave us!' Then it's over. I know I'm dead," he said in the interview. "Only later would it turn out that I was wrong."

German Chancellor Angela Merkel called the poisoning an attempted murder and she and other world leaders have demanded that Russia fully investigate the case.

Merkel had personally offered Germany's assistance in treating Navalny, and the politician said even though he had no real previous contacts with the country, "Germany has become a special country for me."

He said he had rented an apartment in Berlin to use as he recovers.

Merkel visited him in the hospital before he was released, which Navalny said was "totally unexpected," but a pleasant surprise. 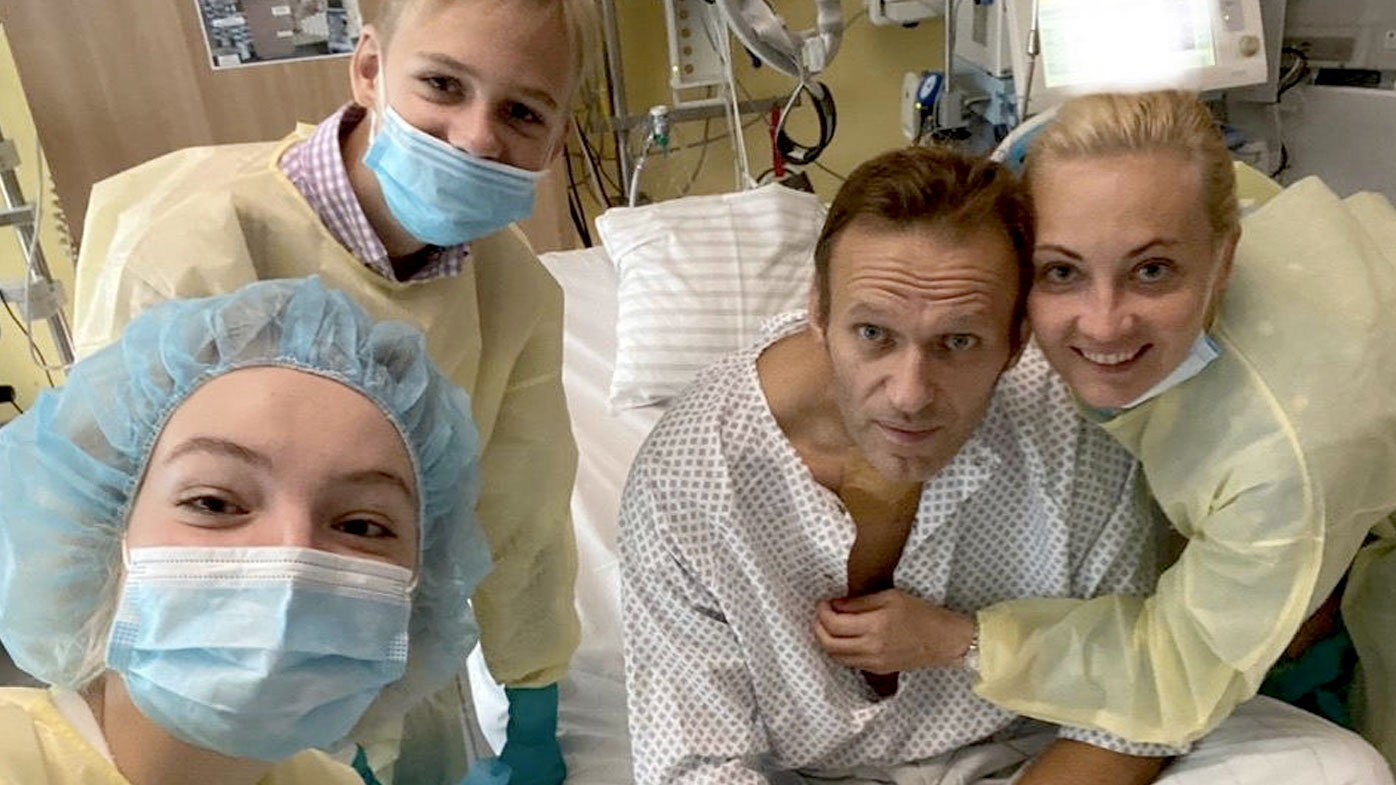 "We didn't discuss anything secret or sensational. The visit was a gesture," he said. "I was impressed by how precisely she knows Russia and my case," adding: "She knows some of the details better than I do."

"And when you talk to her, you understand why she has been at the top in Germany for so long," Navalny said of Merkel. "I thanked her for her efforts and she said: 'I only did my duty.'"

Russia has bristled at demands for an investigation, saying that Germany needs to share medical data in the case or compare notes with Russian doctors. Germany has noted that Russian doctors have their own samples from Navalny since he was in their care for 48 hours.

The Hague-based Organisation for the Prohibition of Chemical Weapons has collected independent samples from Navalny for testing, but results haven't yet been announced.

Navalny scoffed at the Russian demands for tests and blood samples, saying there should "still be plenty of my blood in Omsk."

"They're naturally not interested in dealing with the matter as such. All they care about is painting the German government in the worst possible light," he told Spiegel.

"The next thing they'll do surely is accuse Angela Merkel of having personally poisoned me with Novichok." 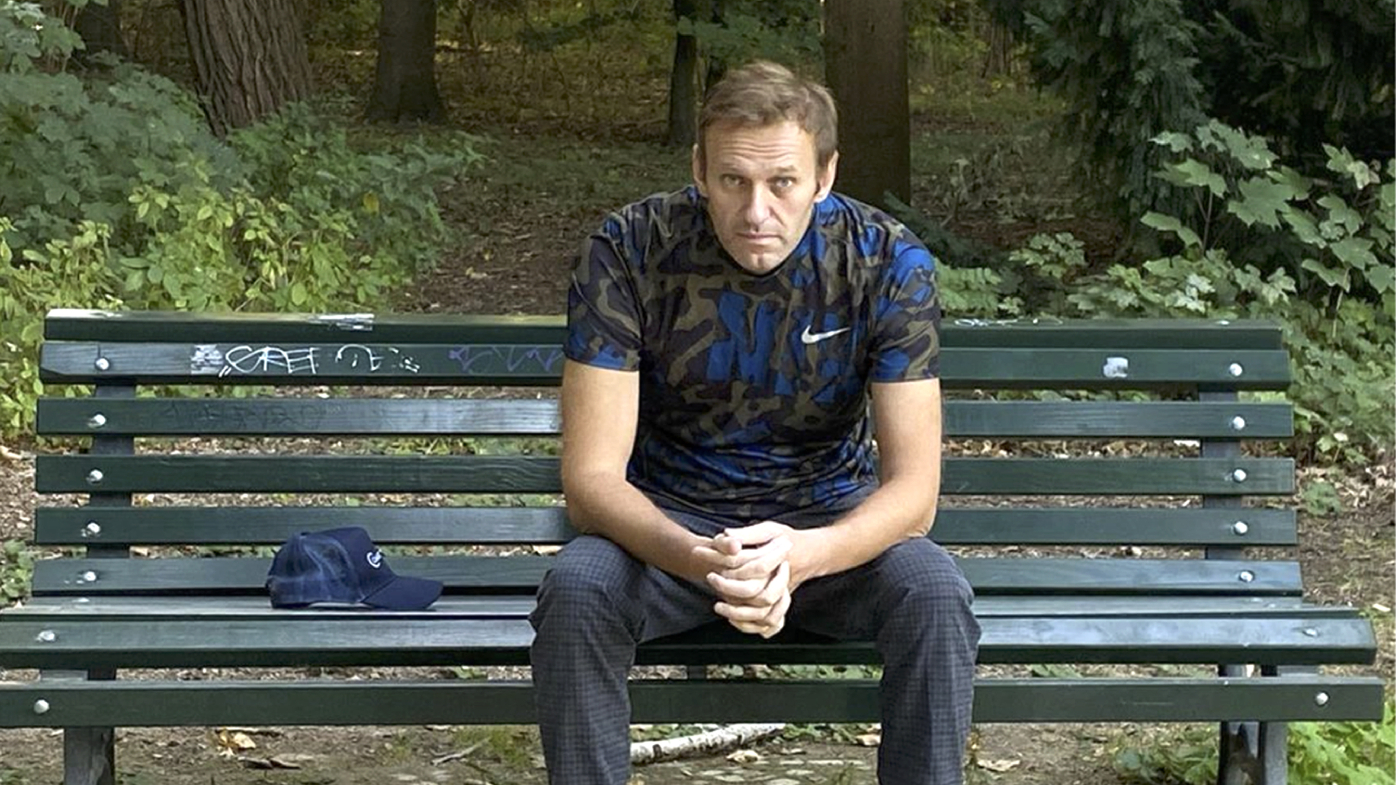 The magazine described Navalny as joking and alert in the interview, but said his hands shook so much it was difficult for him to drink from a bottle of water. He also reiterated what his team has previously said — that he planned to return to Russia when he was able to do so.

"Not going back would mean that Putin has won and achieved his goal, and my job now is to remain the guy who isn't afraid," Navalny said.

"And I'm not afraid! When my hands shake, it's not from fear — it's from this stuff. I would not give Putin the gift of not returning to Russia."